Tippi Hedren: “I was never one to make people say, ‘Oh my god, look at her!'”

Actress Tippi Hedren captivated moviegoers with her luminous beauty and presence in Alfred Hitchcock’s The Birds and her decades-long career that followed. Following her 91st birthday this week, we’re re-sharing the time the icon and activist spoke to JENNIFER MCSHANE about fashion, film and what she loves about Ireland

It makes sense to start with Hitchcock; her name will forever be intertwined with that of the infamous filmmaker – a man who she looks back on with admiration, gratitude and utter disgust – yet despite their tempestuous working relationship (which she speaks in detail about in her new book), Hedren remains grateful for everything. “I was given an incredible gift,” she said. Would she change anything about the early days? “No, I don’t think so. I was so grateful for it all and even at my young age, I took it all very seriously.” Indeed, most are familiar with how Hedren’s career played out and how little control she had over it, thanks to an airtight contract with Mr Hitchcock. 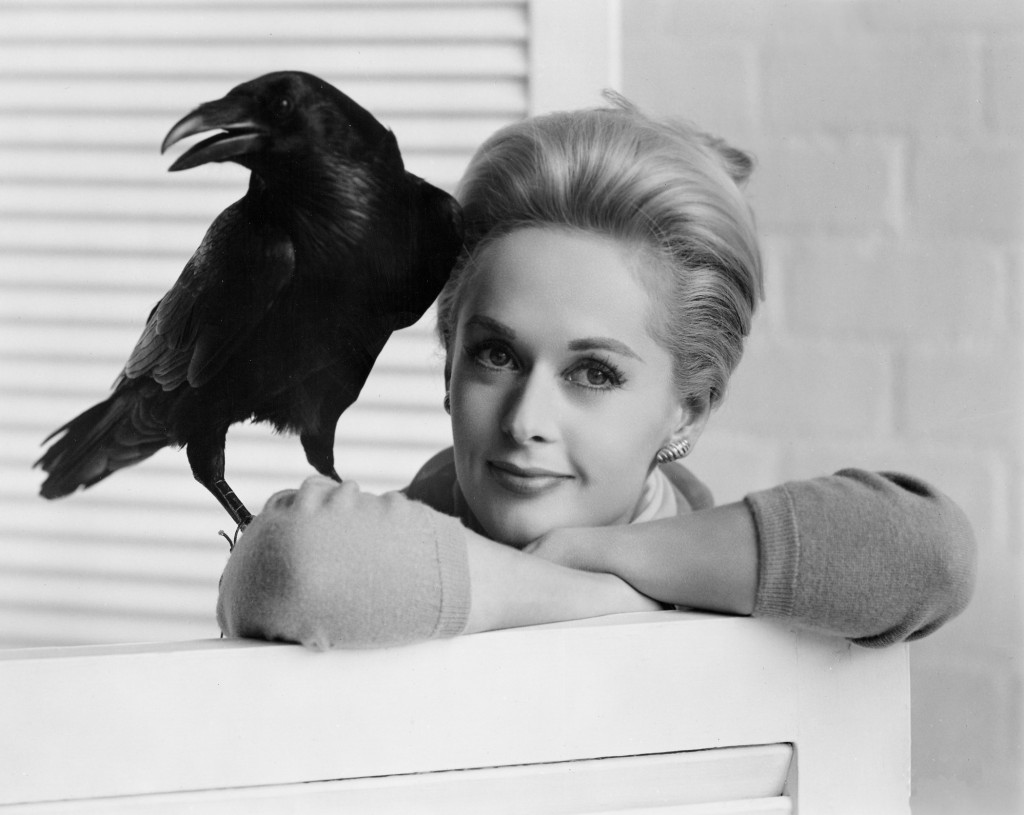 But it’s a disservice to merely refer to her as ‘The Girl’ (a title ungraciously bestowed on her by her former mentor); she’s as famous for her body of work – which includes over 80 film and TV roles – her humanitarian efforts and animal activism – she founded the wild animal sanctuary, Shambala Preserve – as she is for being the matriarch of a Hollywood dynasty which includes her actress daughter, Melanie Griffith and granddaughter Dakota Johnson.

Thankfully, she felt the time was right to put her version of events to paper and her new memoir is a detailed and personal reflection on her incredible life. “There has been so much written about me and I thought ‘well, why don’t I give it my point of view, rather than someone else’s?'” 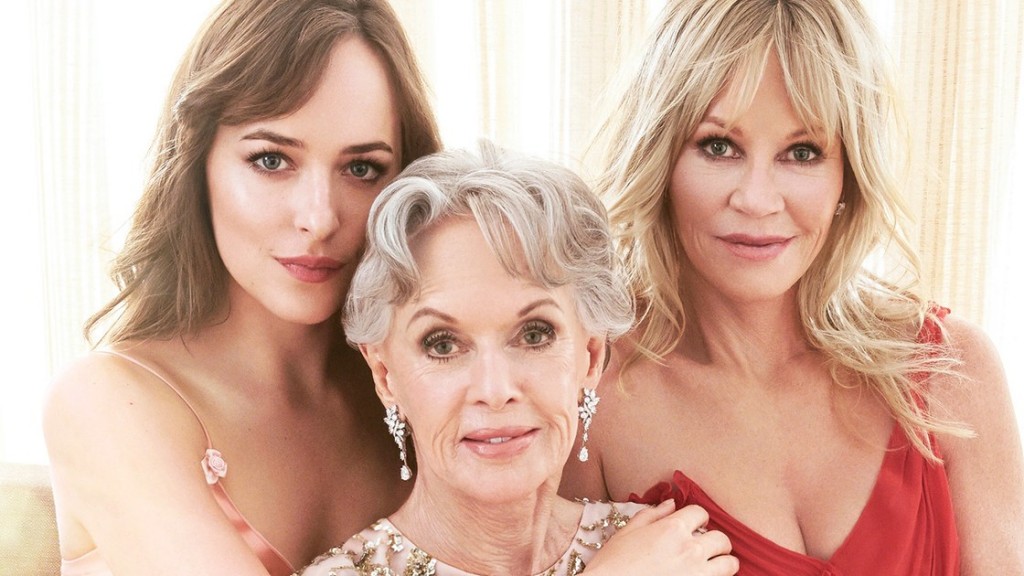 She praises her co-collaborator and life-long friend Lindsay Harrison and says the reflection and looking back was her favourite part of the writing process. “It was then that I really realised that I’ve had quite an extraordinarily wonderful life! I’ve been so lucky that I’ve been gifted to do so many incredible things and I’m looking at it like I’m a very adventurous woman. I don’t have a big fear of anything. I was going around the world at 22 which, at the time, wasn’t an easy thing to do.” Indeed, Hedren possesses egoless confidence and a strong sense of self; it was this uncompromising spirit that enabled her to free herself from Hitchcock’s iron grip.

Hedren is often referred to as a Hollywood icon, something she says, she never gets used to hearing. “It is a strange thing, I’m very honoured by it but not in any way impressed with myself, however, I never look at it that way,” she continued. “Though when it was all beginning, I used to just say, ‘I can’t believe what’s happening!'”

But few can doubt Hedren’s style was iconic, certainly on screen; the green suit in The Birds is still sartorially heralded today and the actress said she favours a similarly simple and classic look when it comes to fashion nowadays.

“I like anything simple and classic – I was never one to make people say, ‘Oh my god, look at her!’ and I still love all of Edith Head’s costumes, who designed much of my personal wardrobe and the outfits for my first two films. I also love Ralph Lauren and Thierry Mugler.”

Our talk turns to Ireland and Hedren speaks fondly of her time here (she’s visited more than once) and loves its rural sights and sounds outside of Dublin. The Irish countryside is, she says, “so beautiful and underrated” and describes the Irish people as kind, considerate, fun and all the good adjectives you can think of.” 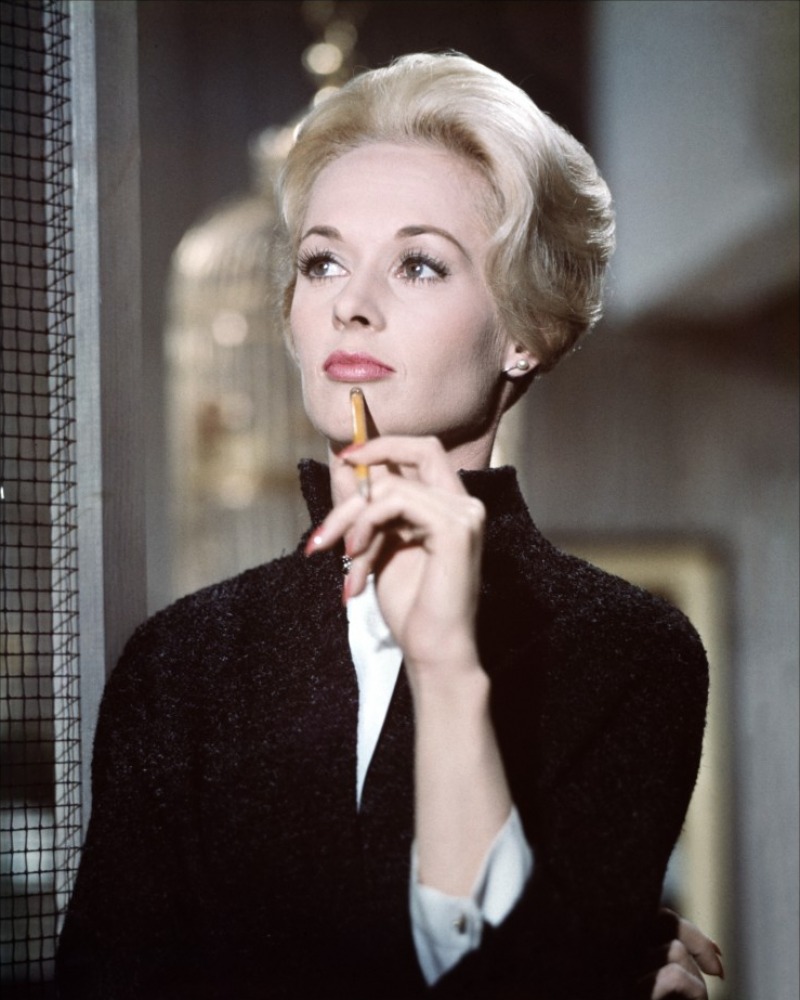