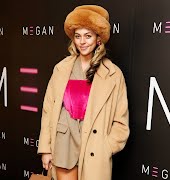 Aurora Borealis should be visible from Ireland tonight

Astronomy Ireland’s founder and editor David Moore has warned that the visibility of Aurora Borealis in Ireland this week is not going to look like the photographs of the Northern Lights you’ve seen in Lapland.

Speaking to Morning Ireland on RTE Radio One on Monday, he said, “you see the colours in photographs but to the naked eye unless it’s a very strong display, you usually only see a greyish and whitish colour in the sky. So people perhaps watching the 9pm news and saw the beautiful greens and pinks, colour cameras are good at doing that, but unless it’s a major display its usually more of a whitish colour.

“This is not a huge storm that’s expected, we never really know the intensity, so you might only be looking at a small glow on the northern horizon. We’ll be seeing it from hundreds of kilometres away unless it moves very far south, which has happened in the past, so we can only hope for that, but look for a glow in the north.”

David Moore has predicted that Tuesday will be a good time to see it but to keep an eye out this week as the Northern Lights could be visible over several nights. “Although we’re predicting Tuesday night is the most likely time for the radiation of the sun to cause this aurora, there was actually a strong display last night and it could be tonight as well, or in fact over several nights,” he said. “Don’t just look tomorrow night, keep checking the sky.”

The display will be visible from anywhere in Ireland, with a little bit of an advantage in the north.

“Normally we’d say a rural location would be good but unfortunately this week we have a full moon this week, so the moon will be quite bright,” said David Moore. “The North coast is slightly better favoured but people in Kerry people shouldn’t worry, Ireland is such a small island that it doesn’t make much difference being on one end of this island to the other. The only advantage people on the North coast have is they’re looking over the Atlantic ocean so there won’t be any artificial lights in the distance that could trick you. Also it may be cloudy at the beginning but you can see this from dusk till dawn, so just keep checking the sky if you do have clouds.”

Keep an eye on Astronomy Ireland’s website and social media for predictions and updates over the coming days.

Photography by Lightscape on Unsplash.

Read more: Women accounted for 60% of Irish board seat appointments last year, according to new report

Read more: Never too late: meet the women who started businesses in their 40s