Why Clothes Can Inspire More Than Just A Style Reinvention

Sabrina is one of my favourite movies. In the 1950s classic, Audrey Hepburn plays a young ing?nue who escapes to Paris for a summer and returns a sophisticated?mademoiselle. She trades her ponytail for a pixie crop, her pinafore for a prom dress, and reinvents herself from girl next door to woman of the world.?I’ve always been drawn to stories anchored around a good style reinvention. They aren’t all as dramatic as Sabrina’s, but they don’t have to be. Do you remember the impact a serious haircut had on Gwyneth Paltrow’s character Helen in the late 1990s romantic comedy Sliding Doors? She evolved from put-upon girlfriend to chic go-getter by virtue of a good crop. 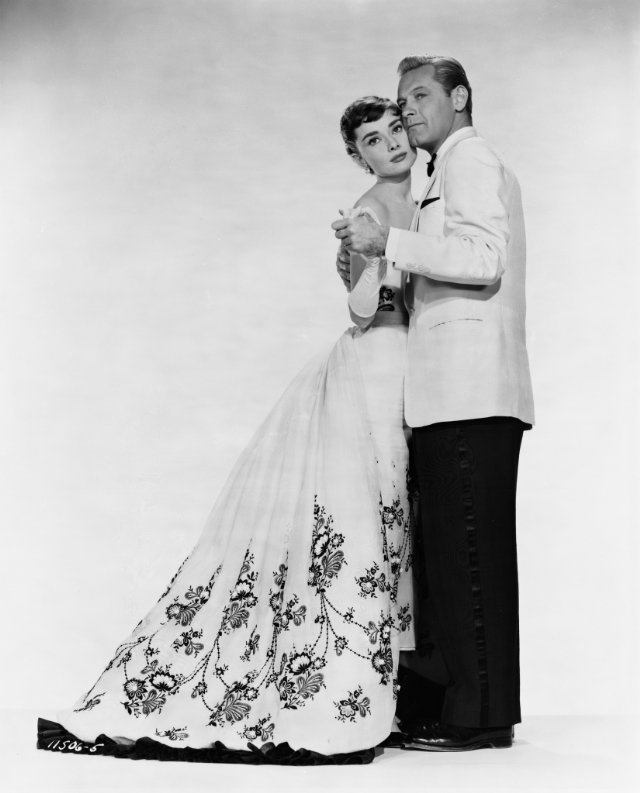 Very often, a makeover is the turning point of a narrative. Why? Because fashion feeds into our very human need to change and distinguish ourselves. It’s shorthand for what’s going on in our heads and hearts. It reflects our aspirations and insecurities. It can help us to assimilate or alienate. It can shock or seduce. Like Helen, I ditched my own dreary brown locks for a sharp blonde crop 20 years ago, shortly after moving to London (it was about a year after Sliding Doors was released, so I suspect the movie may have influenced my decision, given I was a big Gwyneth Paltrow fan back then). The effect was transformative. Suddenly I stood out, and I stood out in London, a city filled with interesting, eclectic individuals, all of whom were worthy of notice. I no longer felt like a generic twentysomething. That haircut (which I still sport today – well, a version of – and will probably never let go of; it’s my signature) was the beginning of my own style evolution. It gave me the confidence to take risks, to go with my instincts when I was shopping, just as I had in that quirky little London salon on Museum Street near Tottenham Court Road. I’ll never forget the towering, 6?5? Greek god of a hairdresser who simply told me, in his endearing Mediterranean accent, to trust him.

Former Japanese Vogue stylist Anna Dello Russo has described fashion as ?a bit like yoga?. She says, ?You can understand the idea of it by reading a book, but to really feel it, you have to do it. You have to… enjoy the feeling of fashion, [and] feel how it changes your attitude.? Her outfits may not make sense (she dons cocktail wear at breakfast and evening wear for afternoon tea), but her words certainly do. Yet few of us reinvent ourselves without some sort of incentive. For Sabrina, it was unrequited love, while Helen’s trigger was a broken heart.?Outside the genre of romantic comedies, of course, a makeover is not just a sartorial upgrade or a means to find love. These days, it’s a re-branding opportunity. Angelina Jolie’s style evolution from leather-clad rebel – don’t you remember she once wore her then husband’s blood in a vial around her neck? – to couture-wearing good cause ambassador – she accepted a damehood from Queen Elizabeth dressed in a custom-made Ralph & Russo skirt suit – signified a significant change in the actress’s ambitions. 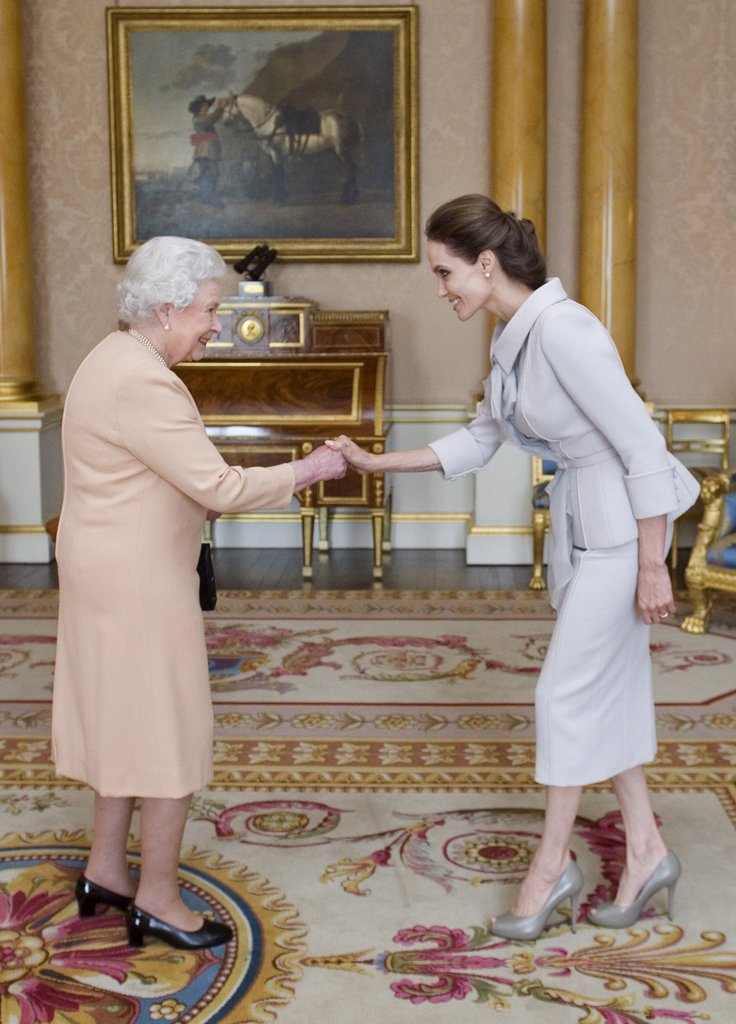 Miuccia Prada once said, ?When you get dressed, you are making public your idea about yourself.? In her audience with the Queen, Jolie was stating very clearly that she was no longer the controversial young dissident. Austere black was replaced by an inoffensive dove grey, fluted sleeves suggested the femininity and innocence of a bygone era, while a midi-length skirt inferred reserve and modesty. Regardless of Jolie’s agenda, if she was still wearing studded chokers and leathers, it’s unlikely she’d be the respected UNICEF ambassador she is today. Clothes are our armour, but they’re also a necessary tool in fulfilling our ambitions, especially in a society where Facebook and Instagram are clicked on more often than I blink. Indeed, Dello Russo has manifested her own transformation, from obscure face behind the pages of a magazine to a fashion brand adorning those pages. And she has achieved this through the power of clothes. Rather than styling shoots for Japanese Vogue and remaining an obscure byline on a page, she began styling herself in outrageously theatrical high-fashion outfits. Street style photographers flocked to her like pigeons to Trafalgar Square, and they continue to do so because she feeds them constantly; she changes outfits sometimes four or five times in one day. Such is the strength of her online following now that advertisers pay to sit on her site and brands are desperate to collaborate with her. Arguably, she’s become as big a brand as the magazine she still contributes to. 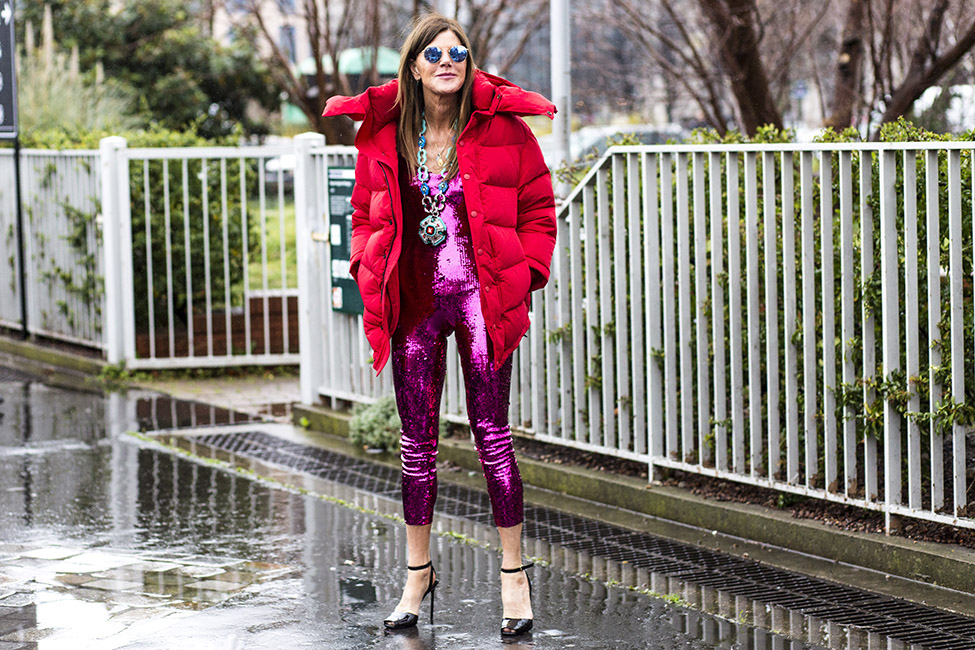 Way back in 1997, just as the world wide web was emerging, author Tom Peters wrote in his book, Fast Company, ?To be in business today, our most important job is to be head marketer for the brand called You.? That was a prophetic statement to say the least. To underestimate the role that fashion plays within this agenda is naive.?The wonderful thing about fashion, though, is that small changes can have a big impact. You don’t have to follow in the elaborately clad feet of Dello Russo to reinvent yourself (although, fancy footwear is a huge trend for this season, so sartorially speaking you’d be on the money – if not necessarily in the money – to do so). Nor do you need to transform yourself from head to toe. Like Dello Russo said, experiment with clothes and trends, wear them, try them on for size (emotional and physical) and find the item or micro-trend that changes your attitude, from the inside out. Then simply consider the world your oyster.

It may be SS19’s biggest trend, but I’ll always be sold on utility chic

Nine dresses that will boost your confidence this autumn winter