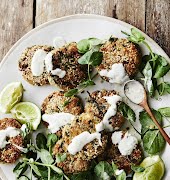 Cream bronzers are a simple summer staple for sun-kissed skin

Does fertility ‘fall off a cliff’ as you enter your fifth decade? And what does that mean for your baby dreams?

“Everyone told me it was going to be tough but nothing prepares you for the yearning that comes when you want to have a baby at a later stage of life,” explains Audrey.

The 43-year-old, who met her husband five years ago, has been trying unsuccessfully for a baby for four years.

She has just finished her sixth cycle of fertility treatment and is determined not to give up yet. “I know I’m supposed to be a mother. I can’t walk away from that yet. It is a prize worth continuing for despite the toll it is taking on every part of my life.”

Becoming a mother is often an uphill battle. According to Fertility Clinic Sims, one in six couples will have trouble conceiving a child. The chances of conceiving for women over 40 are significantly lower. The risk of miscarriage increases with age, as do the chances of your baby being born with congenital abnormalities.

But it isn’t all doom and gloom. The number of women having children later in life is on the rise and advances in fertility treatment mean many women in their 40s are falling pregnant and having healthy babies. Recent figures show that the number of us having babies at 40 and even older has quadrupled since the 70s.

Miranda is also 43, she lives in Galway with her one-year-old son, Milo.

She says the physical side of being an older mother isn’t the only consideration. “When I gave birth, being older, I was so delighted obviously, but I also felt like I stuck out at mum and baby groups. I also don’t have my parents around anymore so you have less of a support network.”

She started IVF at 38 and gave up after many years of trying. Last year she was thrilled to discover she got pregnant naturally. “I’d started to plan a life without children. It was such a brilliant shock.”

I’d have done anything to give birth again

After the age of 35 (not just 40), women are at an increased risk of conditions like gestational diabetes, high blood pressure, and preeclampsia during pregnancy. That said, older parents are more likely to have financial stability, having an established career, more patience and more time to focus on your children.

Kitty had her son when she was 34. She has been trying to give him a sibling ever since. Just before Christmas, at the age of 44, she gave birth to twin baby girls. “I was destroyed time and time again when another cycle would fail. We thought long and hard about egg donation and decided to go for it. I am completely wrecked but so happy. I’d have done anything to give birth again.”

Television presenter and mother Kirstie Allsopp faced a backlash when, five years ago, she urged women to “speak honestly and frankly about fertility and the fact it falls off a cliff when you’re 35”.

She was accused of being anti-woman, shaming older mothers and spreading misinformation. The Location, Location, Location presenter defended her words. “There aren’t enough people talking about this,” she said. “It’s about not being judgemental. I think it is something all young women and young men should talk about. I think women are being lied to. The facts cannot be got away from. It gets more and more difficult to have children over the age of 35.

“I want to say to women: be honest with each other, with your partners, daughters and sons — know that you can have careers at any age, you can go to university at any age. You can do a thousand brilliant things at any age. But just for now, we haven’t opened the fertility window any wider. It is easier and simpler and less of a heartache to just have children when our bodies allow us to.”

Celebrities getting pregnant via surrogate and not pointing that out, denying they’ve had IVF and fertility treatment is unhelpful for us mere mortals. Have we been sold a pup, or is having babies just off our radar now that we live in a society focused on career and travel? Would you have listened to such advice back when having babies was completely off your radar?

Louise has two children and has been trying for a third for two years. She is about to turn 41.

“I always thought I wanted two children, but suddenly as I faced into my 40s I had an overwhelming urge for a third child.” She also admits that the recent death of her mother has affected her decision. “I saw the life drain out of her and realised I had the power to create life and I was taking that for granted. It hit me so hard.”

She is now starting her second round of IVF. “Fertility specialists say I have a good chance of getting pregnant because I’m still in my early 40s, but I do have guilt that I moseyed along thinking I was always going to be so fertile. I’m angry at myself for being complacent.”

The reasons we arrive at a decision to create a human life are varied, complex and not always at the right time in life. Not succeeding at such a monumental goal is an emotional devastation more likely to be experienced during our 40s.

But there are enough success stories to stay motivated. And often, the biggest issues are “societal” rather than medical. Dr James Grifo at the NYU Langone Fertility Centre sums things up: “While pregnancy is one of the riskiest states that most women experience in their lives, the odds of a calamitous event are still low. The average age of my patient is 39, and obstetrically, they do quite well,” he explained to the New York Times. “Age is not a reason not to try if you want a baby.”

*Some names have been changed to protect identity.

Filomena Kaguako: New Zealand is not the first country to introduce paid miscarriage leave, so why the huge reaction?

3 reasons you should be taking folic acid daily

The menopause is the toughest challenge your skin will ever face: Here are products that will help

Helen Seymour is in peri-menopause, or at least she thinks...

What’s your breakfast go-to? And is it as healthy and...

Once upon a time it was a choice between tampons and pads, while mooncups were for hippies. Now, there’s a smorgasbord of eco-conscious period products. But are they any good?

Meet generation sandwich: middle-aged folks with both ageing parents and children to care for

There’s a growing number of middle-aged folks with ageing, ailing...