I was driving down the road when I heard an interview between Ryan Tubridy and JP Swaine, the founder of mental health festival First Fortnight. They were discussing suicide and Tubridy made the remark that he would love to catch someone at the point of making this terrible decision and shake them out of it.

“You’d love that person who is on the cusp, who is getting in the car, who is taking that final walk, you’d love to just take them by the lapels and say ‘do you know what you’re going to do to us, whatever about yourself?’ I always feel that’s the question I’d love to ask and shake them and say ‘think about us, stop thinking about yourself for a moment’… that is the moment you’d love to say ‘please, there is more love for you – than you can ever imagine – in my little finger’ and drag them off that cliff edge and say ‘we’re going for coffee, let’s talk this through’.”

While Tubridy dealt with the issue sensitively, his words still jarred with me as a person who has lived through a period of suicide ideation. Is there still a belief out there that considering ending your life is something one could be talked out of? Or that someone in that position really needs reminding of what a horrific attack on your loved ones this act will be?

I’m not trying to call out Tubridy, he is shedding light on a difficult topic and spoke articulately and with deep compassion on the matter, but it did make me wonder, is there is still a lack of understanding around an issue that is arguably hitting an epidemic in this country? New research from UNICEF last year found that Ireland’s suicide rate among teenagers was higher than the international average and fourth highest in the EU, while according to the HSE’s National Office for Suicide Prevention (NOSP) 2016 report, men aged between 45 and 54 are at highest risk of death by suicide.

A permanent solution to a temporary problem

“The summer I was 17 I cleaned the blood of my friend off the bathroom floor. He was in hospital already and would recover from his injuries.”

I remember not understanding what it meant to be suicidal. The summer I was 17 I cleaned the blood of my friend off the bathroom floor. He was in hospital already and would recover from his injuries. I remember feeling baffled and angry. Why would he do this? We’re going on holidays in two weeks. We’d spent the summer anticipating college and next steps and basking in the freedom of the post school days. Days of drinking and partying and planning. I’m pretty sure at some level I found this clean up inconvenient. Now looking back, I am baffled by my own lack of empathy. I couldn’t fathom the twisting corrupting path of a sick brain and how that path can lead you down, down, down, until death becomes not an abstract concept but a very real and very appealing option.

As JP Swaine said in conversation with Tubridy: “A permanent solution to a temporary problem”. Words that are wise but nearly impossible to believe when you are mentally ill. When you are drowning in the demons in your own mind, the idea that this will ever pass, that you will ever feel normal (not even good, just normal) again is impossible to grasp.

And so on to another bathroom five years later, my own where I’m lying in the bath aged 22 planning my own suicide. While planning that actual act, I remember that my pervasive feeling was one of utter inevitability. It seemed to me that my entire life had been leading towards this moment. My sick mind was so corrupted by the illness that seeing beyond the anguished season that had raged in my mind for four months at this stage was completely out of the question. 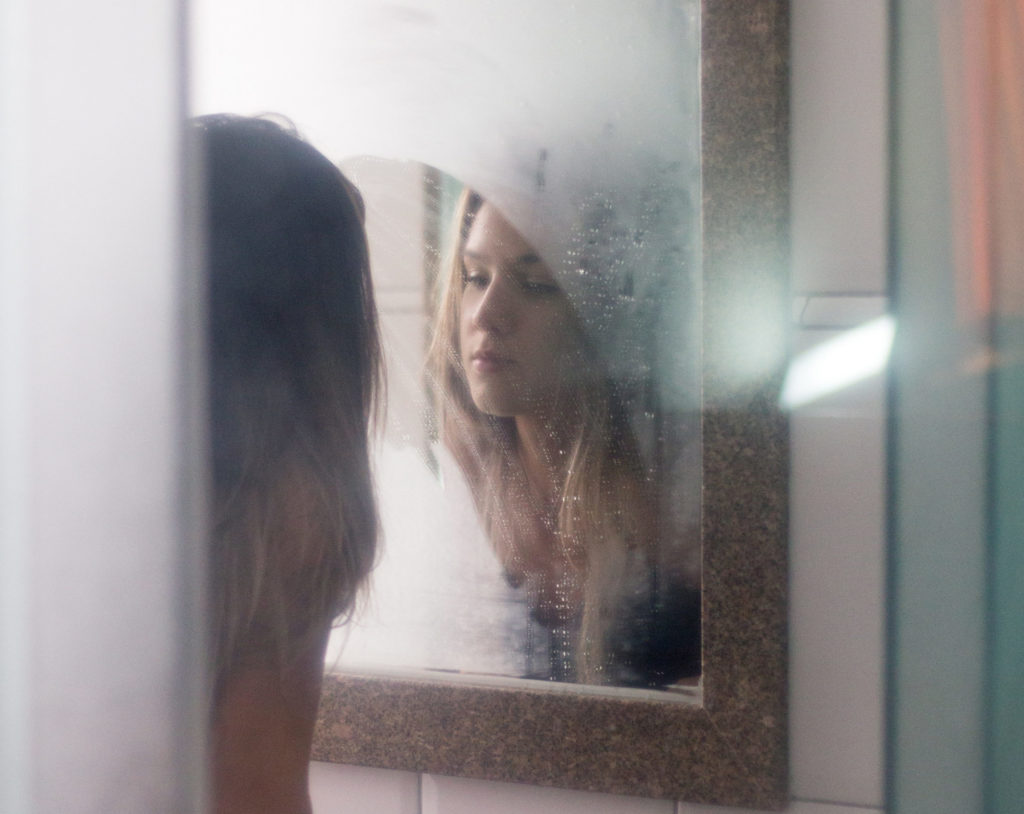 Pure pain wears you down

“For those who end their lives, they are not doing so out of choice but desperation. When you are standing on the precipice of this ‘permanent solution’ it feels like a skewed form of salvation.”

In answer to Tubridy’s question, on an academic level I was all too aware of what I was about to do to all the people I loved. I felt so so deeply sorry for my parents and friends and my boyfriend. However, I also felt that suicide was my only option and that is the biggest indicator of how far from reason a suffering mind has gone. I think understanding that is key to the continued fight against the stigma of suicide. The mind of a mentally ill person is severely compromised and seeing suicide as a selfish act is harmful. For those who end their lives, they are not doing so out of choice but desperation. When you are standing on the precipice of this ‘permanent solution’ it feels like a skewed form of salvation.

From my experience of feeling suicidal and being mentally ill, the act of hanging on day after day is pure pain and it wears you down. For many victims of suicide, it is one more day of dread and despair and the day that they take the final walk or get in the car, is the day when they couldn’t face another minute inside a sick mind that has become a prison. And I do agree with Tubridy, that intervening right at that moment can save a life, it can turn a life around and I am all for shouting about that. 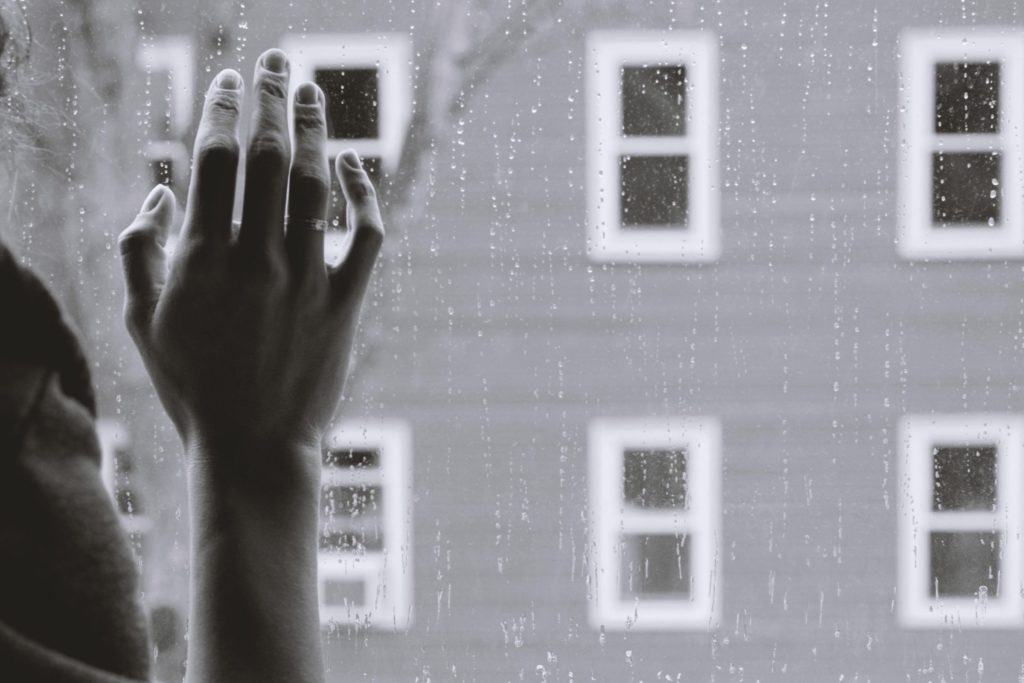 I wrote a book about the drug-induced breakdown that lead me to contemplating taking my own life. One of the main things I wanted to do with that book was write something that would’ve been a comfort to me when I was lying in the bath making my horrific plan. Something that would’ve given me tangible proof that a person could feel this mad and bad and sad and still one day be normal again.

After I made my plans, I resolved to try one more thing before the permanent solution. I tried psychiatric medication. I’m not here to push pills, I’m only reporting what I genuinely believe saved my life. I went to a psychiatrist and was given a heavy-duty anti-psychotic and an anti-depressant and with these the roaring thoughts that quite literally tortured me day and night were quietened long enough to keep me holding on.

There is no fix-all. Medication of this type is a knotty issue and an individual’s experiences are highly subjective. Why do some people recover and some do not? There is no satisfactory answer. All I know is that I have stood in the churning, inky, oily, smothering inner ocean of madness and felt the tide rising, rushing to fill my mouth, my ears and cloud my eyes and in that final moment narcotic sedation gave me the briefest respite, nothing was fixed right then but it was enough.

Enough to hear the therapist, to feel a breath of hope and to hang on and on and on.

Check out some of the highlights of the First Fortnight festival here.