‘We wanted to be together’: Whitney Houston’s best friend Robyn Crawford confirms they had a relationship

Perhaps the saddest thing about Whitney Houston’s legacy is that she never felt she could be accepted or be seen as she truly was. Several years after the icon’s death, a new book by her childhood best friend Robyn Crawford confirms what has been long said by many, that the women were, at one stage, a couple.

“We wanted to be together,” she wrote in an extract for People. “And that meant just us.”

The two met as counsellors at a New Jersey summer camp in 1980, when Houston was 16 and Crawford was 19, according to the book. Immediately taken with each other, they eventually became romantic, but Houston apparently ended it when she signed a record deal in 1982.

“She said we shouldn’t be physical anymore, because it would make our journey even more difficult,” Crawford continued. “She said if people find out about us, they would use this against us, and back in the ’80s that’s how it felt.” Houston also reportedly carried this same sentiment with her throughout her life, much of it due to fierce objections from her own family.

“I kept it safe. I felt comfortable in my silence”

A superstar of the wrong era

In a number of documentaries released since her death, notably, Whitney: Can I Be Me? (currently on Netflix), those closest to the singer revealed that she began to turn to heavy drugs as a coping mechanism when her personal life and sexuality became the subject of intense media fascination during the early years of her career.

Crawford is immediately mentioned as the person who was trusted by Whitney the most (their relationship is speculated throughout) and when she left the singer’s My Love Is Your Love world tour very suddenly in 2000, it came as no surprise to many when Houston’s health and wellbeing rapidly declined.

Houston met singer Bobby Brown in 1989, and eventually married, had a child with and divorced him — but not before he and Crawford clashed so badly that she left Houston’s life for good, reportedly after giving her an ultimatum about Brown. Crawford remained loyal to Whitney regardless, despite the fact that they never spoke again before the star’s untimely death in 2012. 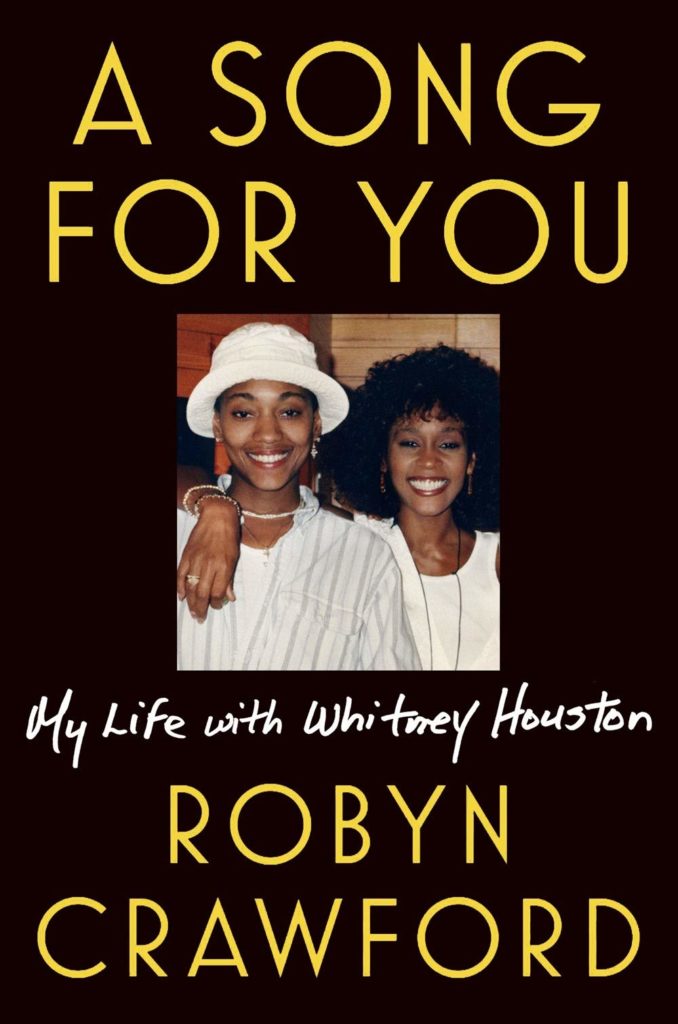 “We never talked about labels”

The release of Crawford’s memoir, A Song for You: My Life With Whitney Houston, is timely given the active conversations around gender fluidity and sexuality – something that was not to come to pass during Houston’s lifetime – though if it had, many of her inner circle has said it might have saved the singer.

Whitney director Kevin Macdonald told The LA Times in 2018 that the singer’s brother “was very angry” about his sister’s relationship with Crawford.

Whitney’s mother Cissy has since told Oprah she also would not have been pleased to find out her daughter was involved with a woman.

Crawford says in her memoir that she and Whitney “never talked about labels, like lesbian or gay,” but instead just lived their lives. “We just lived our lives, and I hoped we could go on that way forever.” The tabloids, of course, would never let questions about her sexuality go, and Houston denied rumours for years.

Today, she would have been accepted as herself, a former bodyguard revealed, and not have felt the need to hide everything she was for the sake of appearances and other people.

She may have had it all on the surface, but deep down Crawford says few ever had her best interests at heart. This book is her chance to honour her as she should have been honoured when she was alive.

“I’d come to the point where I felt the need to stand up for our friendship. And I felt an urgency to stand up and share the woman behind the incredible talent.”

A Song for You: My Life With Whitney Houston will be released November 12