This manor just outside of Blessington comes with its own private lake and is up for €2.25 million

This manor house near Blessington, Co Wicklow contains not only incredible original interiors but also extensive grounds and woodlands, including a well-stocked private lake.

I might be watching a bit too much Escape to the Chateau lately but I’m obsessed with trawling through sales of period homes in Ireland, and if you set your mythical (at least in my case) budget to a minimum of €1 million, you’ll be surprised by how many there are speckled around the country.

This gorgeous Elizabethan gothic style home outside of Blessington in Co Wicklow not only comes with an ornate oak staircase, wood panelling, wall frescos and original cornicing but also a significant 14 acres of land around it. 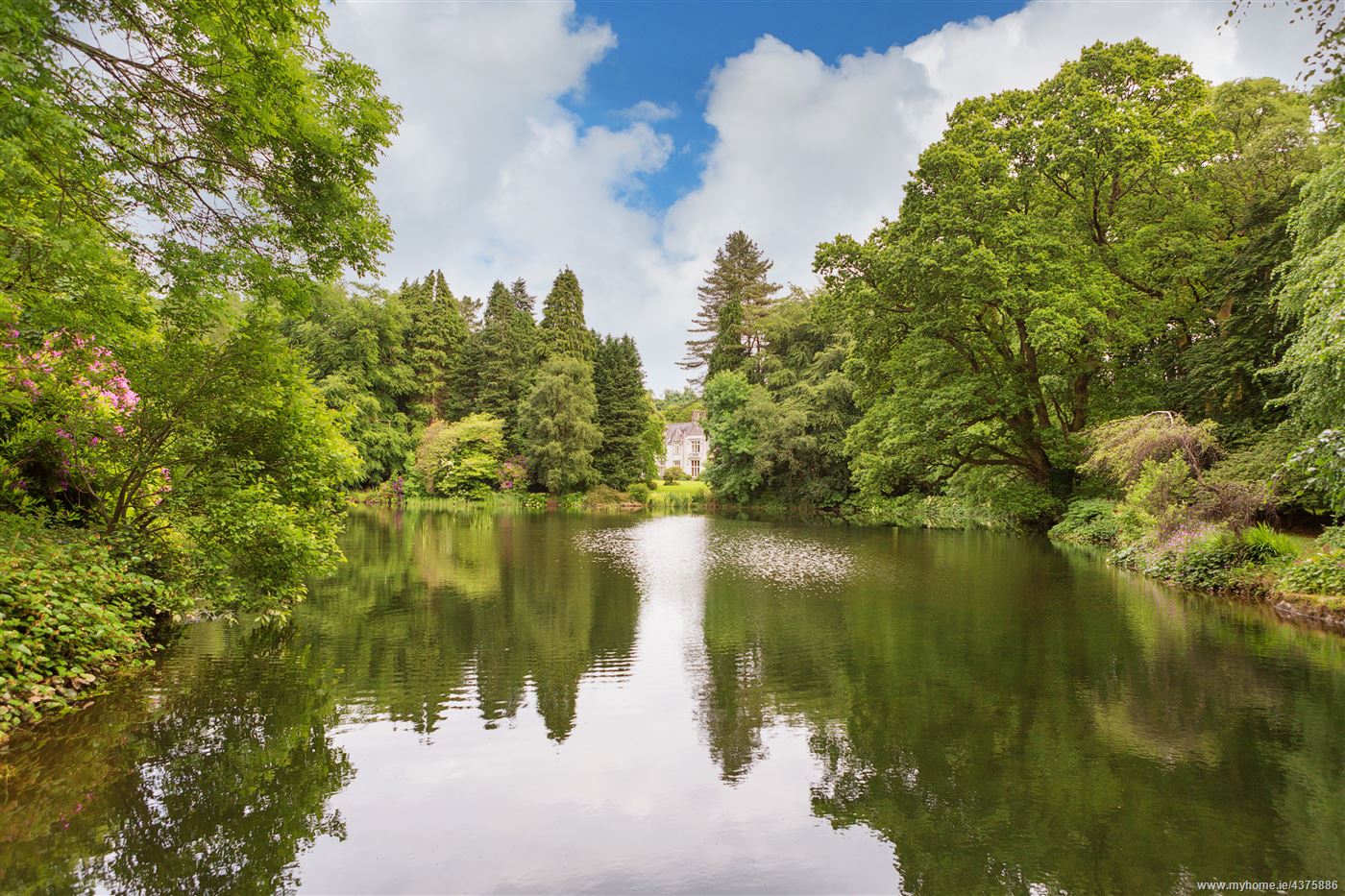 You enter through a long, tree-lined avenue and over a small wooden bridge that crosses the Brittas River, passing by the manor’s private lake stocked with brown trout. The grounds include a fine woodland area, vegetable garden, greenhouse, courtyard, stables, duck pond, walled garden, orchard and a manicured lawn.

Owned by Margaret Cully, who has lived here for over 50 years with late husband Charlie and their four children, it’s currently listed as a heritage guesthouse on Hidden Ireland. It’s up for sale with Colliers International and listed for €2.25 million. 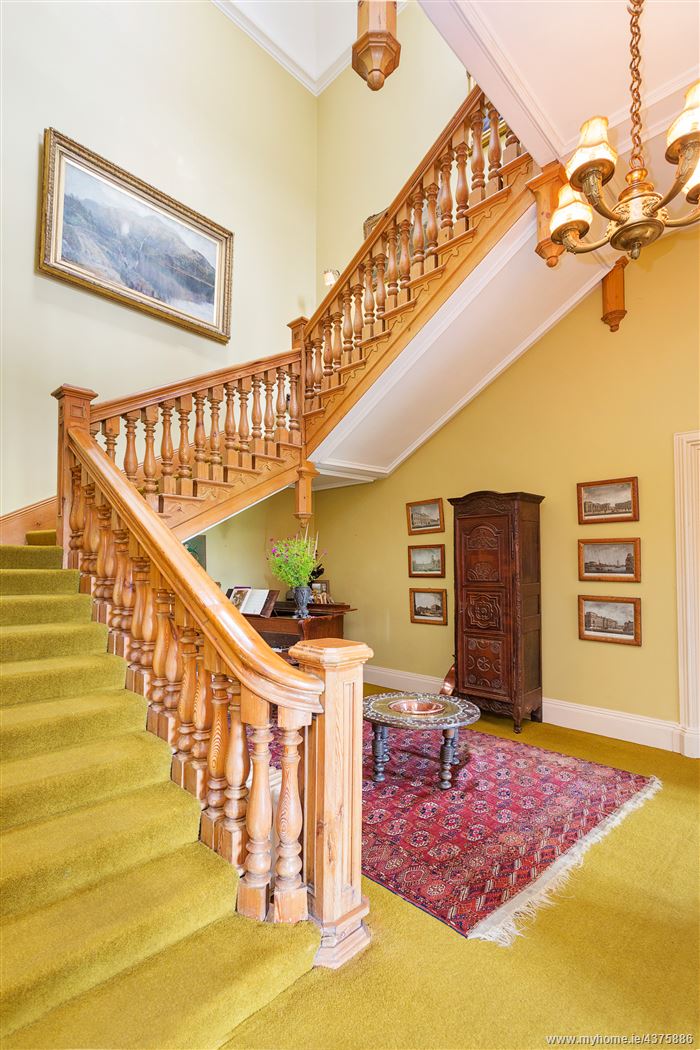 The six-bedroom, five-bathroom house was built in 1835 boasts high ceilings and soaring windows, as well as a stained-glass cupola above the sweeping staircase in the main entrance hall. 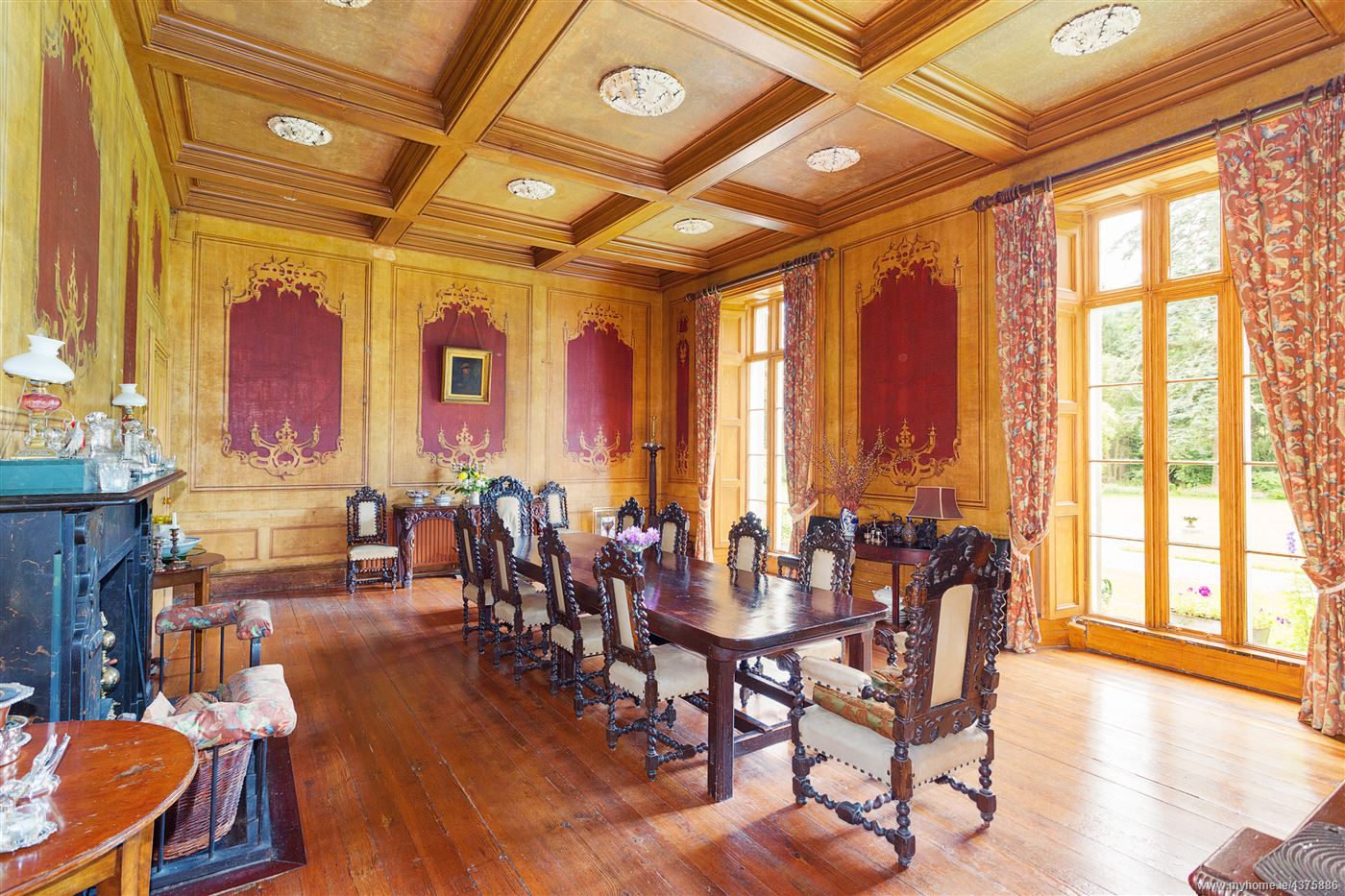 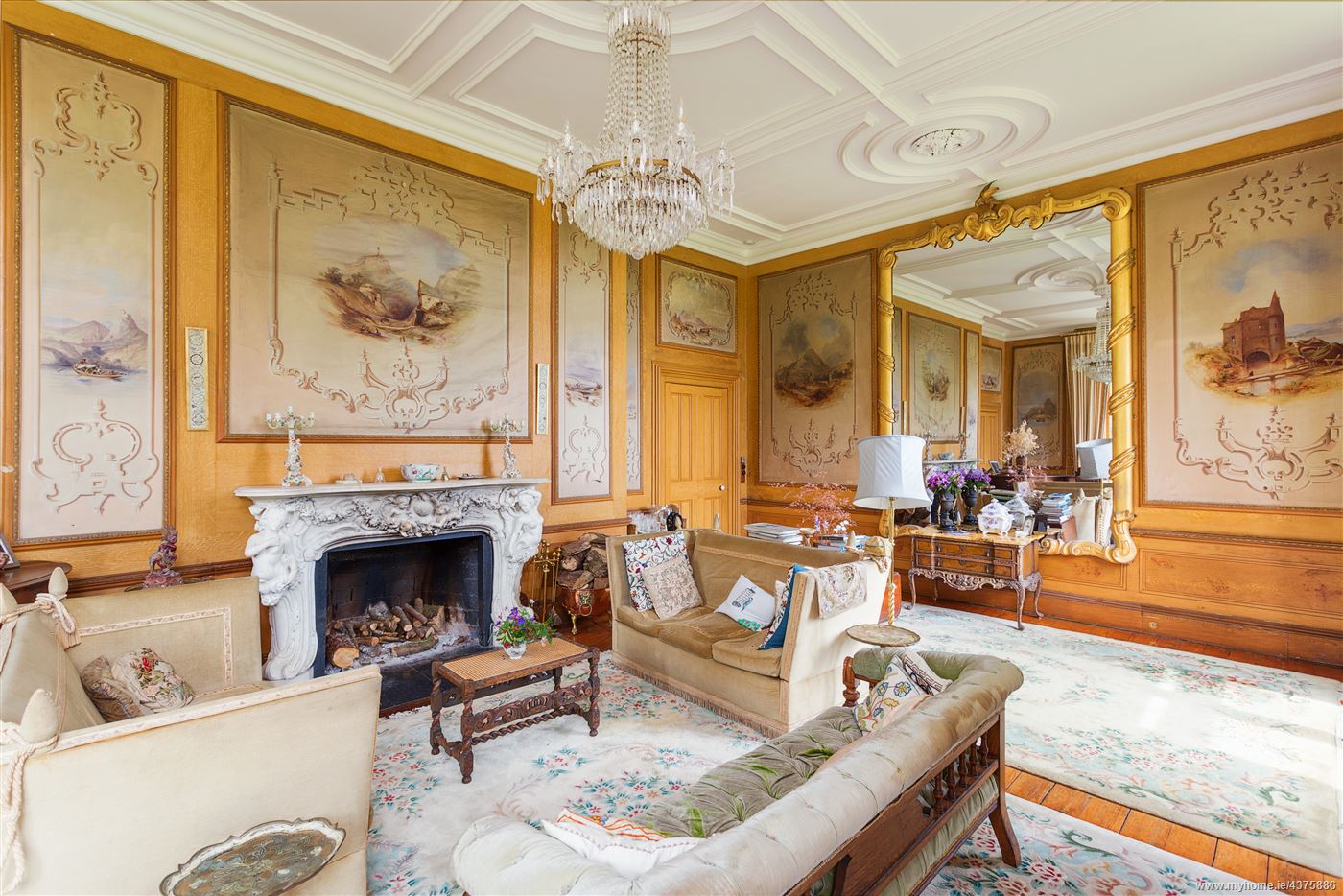 Also on the ground floor are a series of smaller living spaces, including a country pine kitchen, family room, study and smaller sitting room off the drawing room. 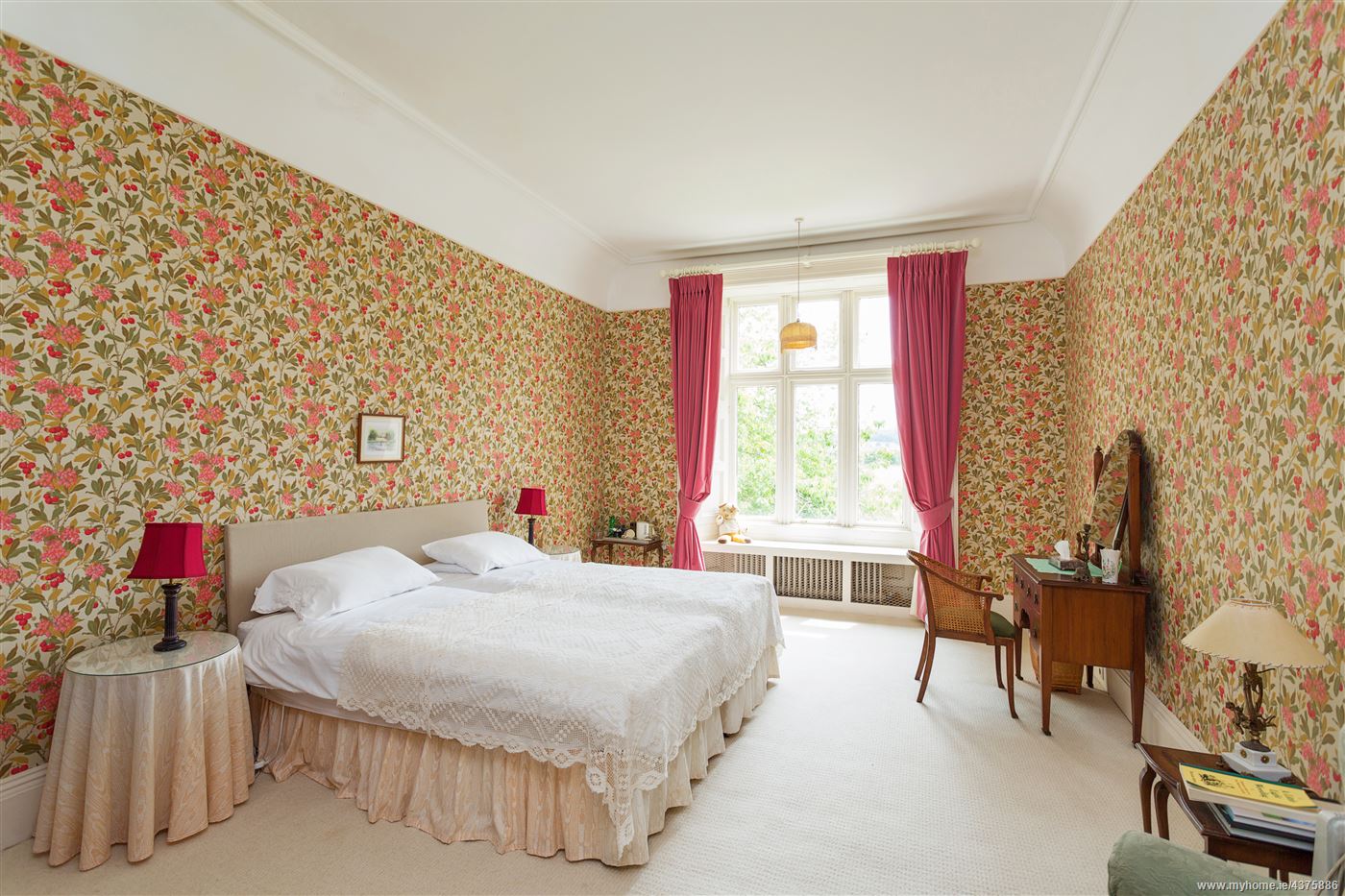 Upstairs are six bedrooms, four with ensuite bathrooms. The master bedroom boasts extensive views over the formal garden and lake and has its own dressing room and en suite. 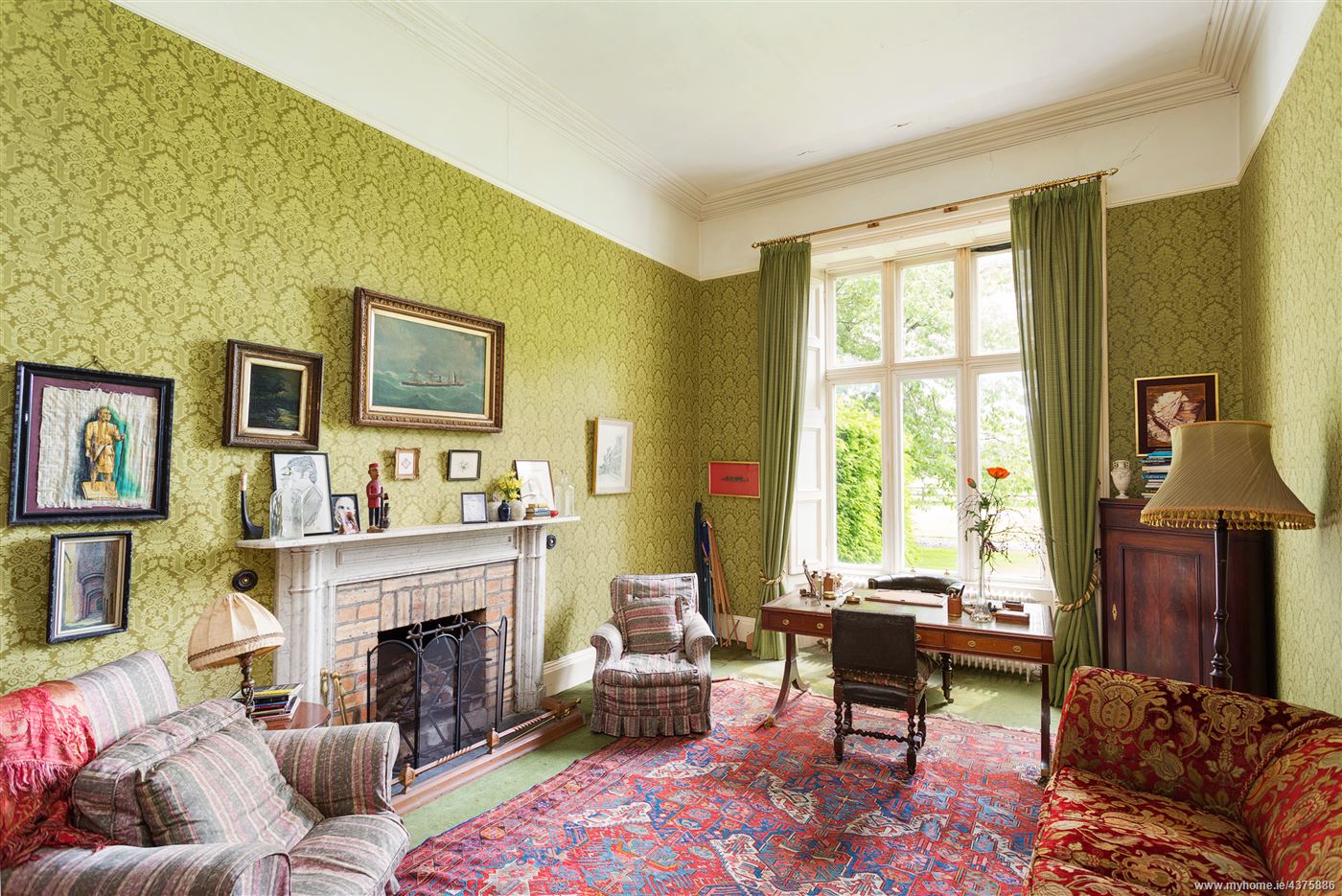 There is also another first-floor wing accessed through a back staircase and it’s own living room, kitchen, bathroom and three bedrooms. 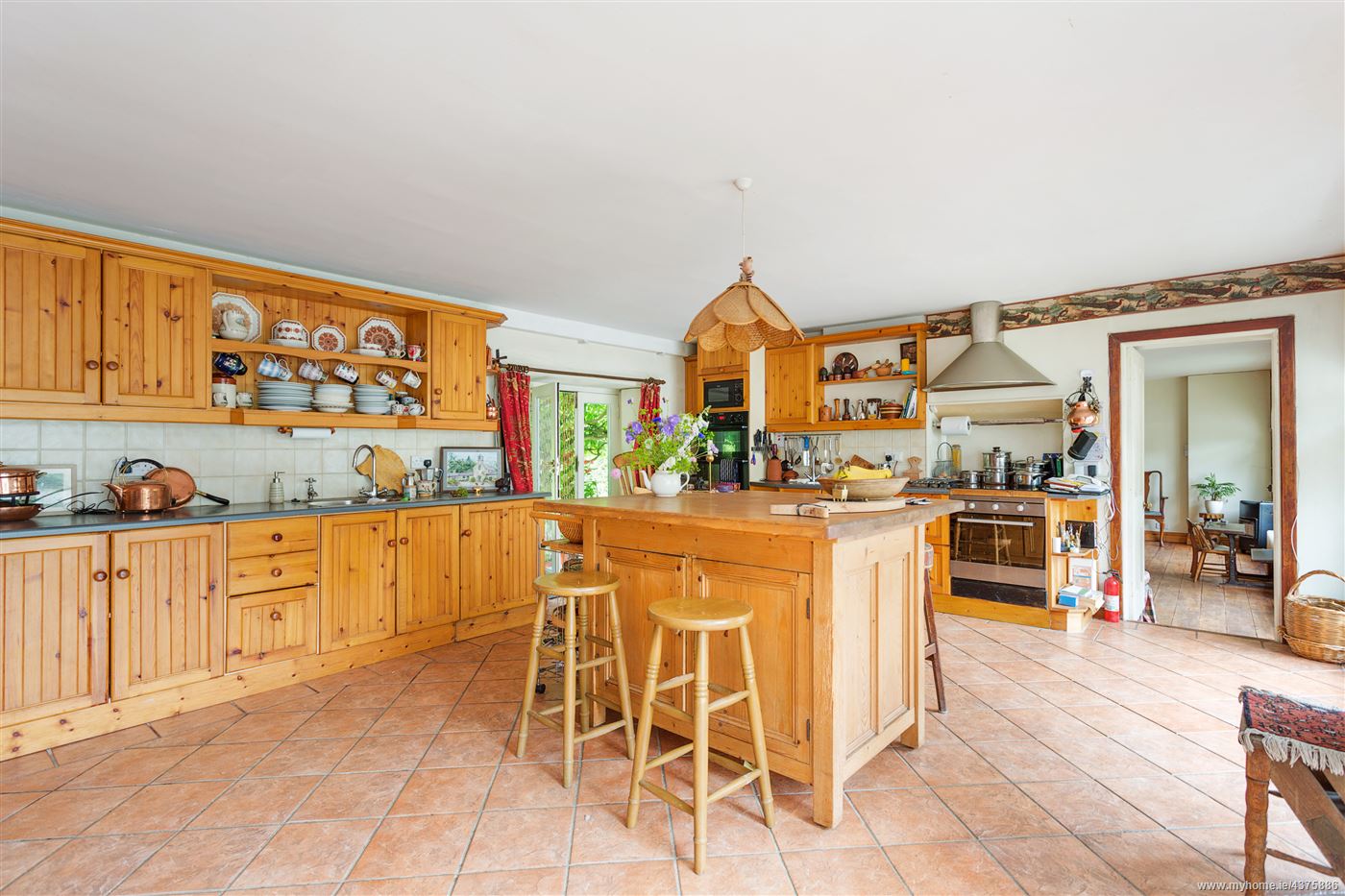 The extensive basement has not yet been renovated but does have the original cobblestone floors and currently includes the old kitchen, a games room and a utility room, as well as a wine cellar. 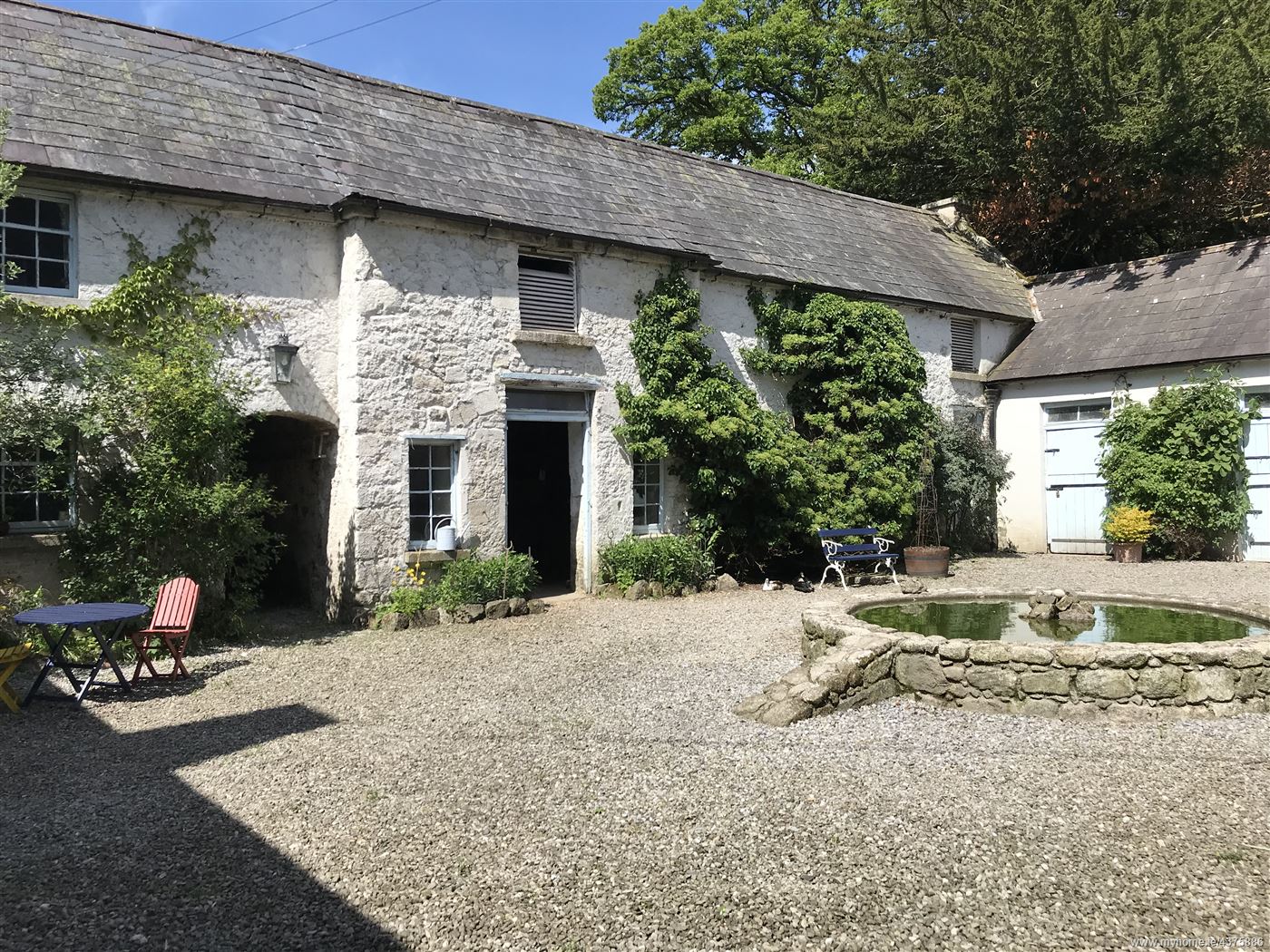 The house has been the set of recent film and television, including the 2019 thriller We Have Always Lived in the Castle but don’t let its cinematic spookiness put you off – it’s got all the genial charm of a comfortable period pile. Now, where did I leave that million euro I had lying around….

Photos from Colliers International via MyHome.ie

Read more: This vintage-filled Belfast apartment was once part of a military hospital

Read more: Interiors ideas for a period home from this incredible Edinburgh hotel

This 6-bed Victorian Dun Laoghaire home is on the market for €1.495 million