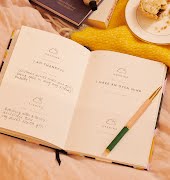 She’s been called a ‘one-woman Fyre Festival’. Here’s why we can’t stop talking about Caroline Calloway

In a world where we are bombarded with the mundane, the whimsical brand of Caroline Calloway, drama with her former friends and her over-confident entitlement complex have us all completely hooked.

Who doesn’t love a tell-all story? Especially when it involves viral sensation and Instagram ingénue, Caroline Calloway. In the latest drama, her former best friend and ghostwriter has written a no holes barred piece in The Cut, New York Magazine, describing their tempestuous relationship and giving some insight into the view behind the curtain Calloway created to ‘hyperbole’ her life.

“Hers is a life that seemed unobtainable and yet somehow almost obtainable at the same time”.

For those who don’t know, Caroline Calloway became famous for documentating her thoughts in impossibly long stream-of-consciousness posts and captions on Instagram. She quickly gained a huge following and now has almost 800k fans on social media as she charts her life attending a Cambridge University, championing flower crowns, musing about creativity and romance. Hers is a life that seemed unobtainable and yet somehow almost obtainable at the same time.

“She emerged from the controversy unsquashed and undefeated. Not everyone was happy about that”.

The 25-year-old got and lost a six-figure book deal, was hammered across social media for her 165 dollar a pop workshops which never properly materialised (despite her spending $1200 on empty mason jars in a classic example of a lovely idea falling flat on its face) but her unwavering confidence through it all left people intrigued, beguiled and just plan astonished. She emerged from her controversy seemingly unsquashed and undefeated. Not everyone was happy about that. 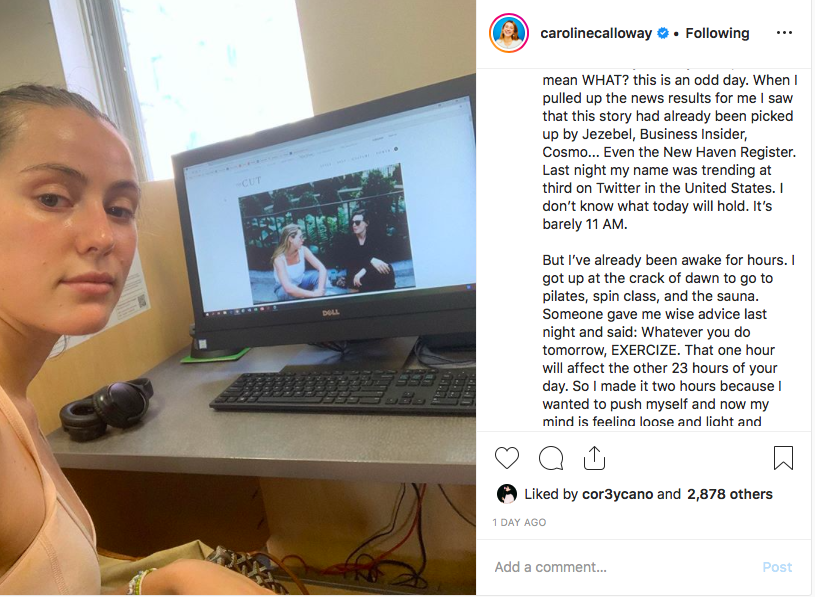 Now her ex-friend, Natalie Beach has shone a light on their toxic friendship as she writes a completely unfiltered account about how she played lapdog to the fame-chasing Calloway.

And like the Frye Festival drama, it is hard to look away when something that seems so perfect slowly reveals itself as something a lot darker.

Perhaps people related to the common dynamic between one friend who seems to have it all and another who depended on them to affirm their identity. Or maybe we are just obsessed with female deceit.

Either way, the more you read, the more you see that this is less about scamming and British aristocracy, and more a tale of addiction, mental health issues and one very unhealthy relationship.

People first knew something was up when Calloway, who presumably was given the heads up about the article, tried to get in front of the story. She posted a picture of Natalie and herself laughing in the snow together with the caption. “Everything in Natalie’s article will be brilliant and beautifully expressed and true. I know this not because I have read her essay but because Natalie is the best writer I know.

I still love her. Our friendship ended 2 years ago, but I still walk around New York sometimes, listening to music, running errands, thinking about her. Amsterdam. I’ll let her tell you about that trip because it put her in danger—not me—so maybe it is hers to tell. Maybe she has custody of that story.

Beach and Calloway met at University. Beach was instantly mesmerized by Calloway who was girly and quirky, rich and glamerous. Their differences were stark, at least in Natalie’s mind. One imagines that Calloway didn’t stop to think about that at all. She comes across to many as self-absorbed and spoilt with the indulgence of creativity reserved for those who have little else to do. She was also addicted to ADHD medication Adderall which she blames for her unreliability, impulsivity and inability to finish a task.

“I’m not surprised she’s taken an essay of mine that didn’t exist yet and turned it into a narrative for herself.”

Meanwhile, Natalie struggled with finances, took odd jobs and lacked the ability to fit in. She latched onto Calloways exciting lifestyle, started ghostwriting her Instagram captions, being her wing-man but ultimately ended up resenting her.

She begins her article for The Cut by addressing Caroline’s reaction. “More recently, her Instagram has been filled with emotional posts about this very article, which she knew was coming. For almost a week she’s been posting constantly –  how much she misses our friendship, how hurt and ashamed she is about whatever she thinks I’ll say here, how relieved she is that I broke the trust in our relationship so she can now write about me, too.

It’s been surreal watching this unfold from my desk job in Los Angeles, but I’m not surprised she’s taken an essay of mine that didn’t exist yet and turned it into a narrative for herself.”

“Beach moves past the blame towards a tone of sorrow that she was so easy to play second fiddle, a sadness that she allowed herself to feel second best, anger that she settled for less-than”.

Beach puts it best when she points out what she saw in her old friend. “To my other friends, I described her as someone you couldn’t count on to remember a birthday but the one I’d call if I needed a black-market kidney”.

She recalls times when Callow let her down, abandoned her, ignored her. But rather than a blatent take-down of someone who treated you badly in the past, this essay is more of a confessional. Beach moves past the blame towards a tone of sorrow that she was so easy to play second fiddle, a sadness that she allowed herself to feel second best, anger that she settled for less-than.

“I should have been having the time of my life in paradise, but Caroline had a way of making me feel small, as if I had folded myself up like a travel toothbrush so she could take me along for the trip.”

She travelled to Cambridge to help an increasingly distracted Calloway finish the book she was commissioned to write. It was a disaster. “The longer I was there, the more I saw the gap widening between the story we told and the situation on the ground” wrote Beach. “She rarely went to class, didn’t hang out with friends, and hadn’t started the dissertation she needed to graduate.

Related: When friendships end it isn’t always a bad thing

She asked me to read the angry-professor emails she couldn’t bear to and just give her the gist. One night, I went to sleep on my air mattress while Caroline stayed at her desk buying homegoods, and when I woke up the next morning, she was still hunched over eBay in her fur coat, having purchased $6,000 worth of furniture”.

Beach says that “Caroline was caught between who she was and who she believed herself to be, which in the end may have been the most relatable thing about her”. She paints a picture of someone who has started to believe their own hype but is now panicking because they don’t actually know who they are at all.

Meanwhile Calloway continues to live out the soap opera. This week, following the huge reaction from the story (Cosmo even has a ‘Are you a Natalie or a Caroline friendship quiz that readers can take) Caroline reacted immediately on her Instagram page.

“Is there a difference between “can’t stop” writing about myself on Instagram because I’m addicted to it and “won’t stop” because I find meaning in it and I refuse to quite [sic] just because other people don’t like the things I create or me? I honestly don’t know. I feel really weird right now. I just walked into a FedEx in downtown Manhattan and googled myself so I could print out a copy of Natalie’s article to read for the first time today with my therapist. I mean WHAT? This is an odd day”.

“When I pulled up the news results for me I saw that this story had already been picked up by Jezebel, Business Insider, Cosmo… Even the New Haven Register. Last night my name was trending at third on Twitter in the United States. I don’t know what today will hold. It’s barely 11am”.

With this type of real-time drama, it is unsurprising that people are hooked. Some even tweeting that they’d have to take the day off work to keep up.

But Natlie gets the last word. She ends her essay about toxic friendship with something we can all relate to – that irresistible feeling of wanting something even though you know is bad for you.

“And there I was, once again knocked flat by the force of her praise, her self-mythologizing and raw sentimentality. Part of me longed to keep talking to her, once again warmed by the glow of her attention. But I suspected if I sent Caroline that email, she would just screenshot it and post it to her feed like she did my first message, turning a moment between us into just another chapter in the story she can’t stop telling”.

Read more: Why everyone is talking about Elizabeth Holmes

Why toxic friendships have no place in a pandemic

Niamh Ennis: ‘Let go of friendships in which you can’t be fully, authentically and openly yourself’