Coleen Rooney shared this picture on her social media. The public went wild. But maybe we are just being hypocrites. Amanda Cassidy on adult screen dependency.

I’m not judging. I can’t judge on one photo posted by someone in the public eye. But somewhere along the way screen have evolved from a form of entertainment to a tool to be used to wield power over our children.

“Cass may not be able to walk but he has his own personalised device”.

We see children in restaurants glued to their iPads or phones, in shops, I even saw a child on his parent’s phone in the cinema playing games while the cartoon on the big screen played on. Coleen Rooney’s son, Cass may not be able to walk but he has his own personalised device.

Related: Gaming disorder: Should we be concerned about games like Fortnite?

We might not like to admit it but we are as heavily dependent on screens as our small humans. In this case, the wife of footballer, Wayne Rooney admitted that her husband was away and she had to bring all three of her sons to her eldest’s football game. To get a little peace and probably to keep them amused she set them up with their screens.

It suited her. But it suited me too when I wanted 15 minutes of quiet while doing an interview recently. It suited me to give into the pleas when it was most convenient. 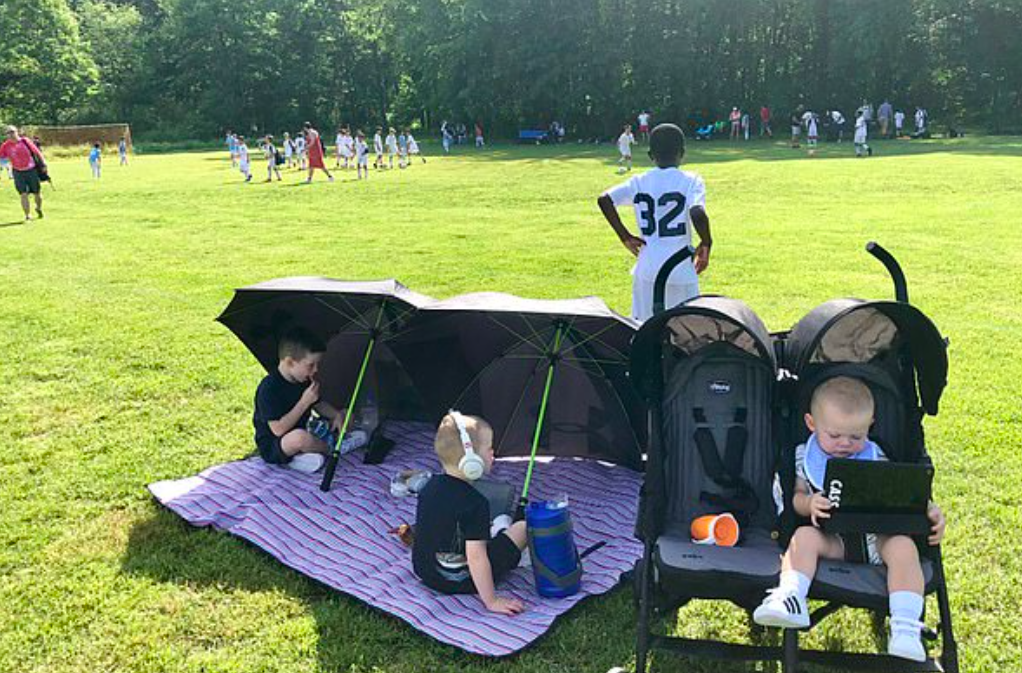 This week the WHO announced that they were making ‘gaming’ a medical condition. One could argue that any addiction such as this might stem from elsewhere – if you are anxious or depressed, you are more likely to sit at home, alone, playing video games. So is it the cause or the side-effect of a different mental health problem. I really don’t want to find out.

Right now, I’m using my common sense. Limits are good for children. Mine typically get screentime at the weekend (unless there is something that crops up in the meantime because…life). Screen hinder play, imagination and learning. The numbness of passive watching risks stripping our kids of some valuable lessons. There is a place for technology but it shouldn’t be mostly a babysitting tool.

We, ourselves, are no strangers to that feeling of scrolling online for too long – the brain drain, the rabbit hole that sucks time we could be doing something more fun, more productive, more physical. When is the last time we let ourselves get bored, let our minds wander somewhere? The minute we have a down moment that phone twitches in our pocket.

Smartphone addiction is real. We’ve all know how annoying it is when someone half-hears us while ‘just finishing this text’ while we are talking to them.

Let’s keep that in mind when we are tempted to rely on screens to make parenting a little easier. No judgement here but it is a factor to bear in mind when we really take stock of how dependent we are on technology to keep our minds occupied. Let’s not rob our children of the chance to daydream.

Does facial recognition technology mark the death of privacy as we know it? More

Logs and leaves – why forest schools are on the rise More