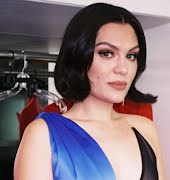 Professional jockey Rachael Blackmore has had an incredible season – one that has seen her celebrate 90 wins on Irish soil and two glorious wins at the Cheltenham Festival. In her role as Kildare Village ambassador for women in sport, Rachael talks to us about racing, role models and runners.

Unlike many of her peers, the Killenaule native from Co Tipperary only turned professional in the spring of 2015, at the age of 26. Rachael Blackmore is, in fact, one of only three female professional National Hunt jockeys in Ireland (the others are Katie O’Farrell and Sarah Kavanagh), with more familiar names to the general public, like Katie Walsh and Nina Carberry, both being amateurs.

Growing up on a farm, I was surrounded by horses and ponies from a young age. I would describe my family as an equine family, but not a racing family. My parents both rode, as did my siblings, who both competed during their school years, but once they were heading off to college, riding remained as just a hobby. While I continued to ride throughout my college years, where I was studying science at UCD. However, I kept failing maths, so I made a switch to study Equine Science in UL instead. And all the while I was riding as an amateur, which of course meant I missed more than the odd lecture. It was work, with very early mornings riding out and feeble attempts at studying in the evenings.

When I graduated from college, I realised I was at a crossroads. I was 26 and had been so busy riding and studying, studying and riding that I felt I hadn’t made great progress in either. The yard I was associated with was John “Shark” Hanlon’s in Carlow and he was so encouraging. It was Shark who convinced me to go professional.

In March 2015, I rode my first race as a professional, at the age of 26, and I can gladly say I’ve never looked back since. It was the best decision I ever made. Once I began to ride as a professional, I got more rides, which automatically improved my riding technique and improved me as a rider in general. There is definitely truth in the belief that “match practice” is the key to real progress.

But racing is a sport of fluctuating fortunes, and every jockey knows that all too well. You can have one race where you’re a clear winner and the next you’re on the ground in the mud. So you can never be complacent.

I am so excited and honoured to be part of this campaign with Kildare Village that celebrates women in sport. This initiative marks a vital shift to recognise the strength and success of female sportswomen in Ireland. As a woman in my particular sport, I am perhaps in an unusually lucky position as, unlike almost every other sport, male and female jockeys compete on level terms. I feel no stigma attached to being a lady rider.

Raising the profile of women in sport through this campaign will encourage young girls to continue with sport. More girls continuing with sport beyond school will grow the playing pool and in turn strengthen the talent. There is a misconception out there that the quality is not as good or that people are not as entertained watching it. By encouraging more girls to continue with sport, this will change that because we know from the female sports stars of today the talent is most certainly there.

When I’m not racing, you’ll most often find me relaxing in a Jack Wills hoodie or in gym gear, but I do love dressing up too and my new role with Kildare Village is definitely proving very helpful in that department! I really enjoyed doing this shoot at the Curragh; it was definitely a big change from my usual day-to-day routine. If I’m dressing for a special night out, I love this look. I felt really sophisticated yet comfortable in the black jumpsuit and green velvet jacket combo.

Kildare Village is an official supporter of the 20×20 campaign – an all-inclusive movement to shift Ireland’s cultural perception of women’s sport by 2020. Rachael Blackmore has been appointed the Kildare Village ambassador for women in sport.