‘Don’t be afraid of failure’: We asked Irish industry leader Dr Patricia Scanlon how to... 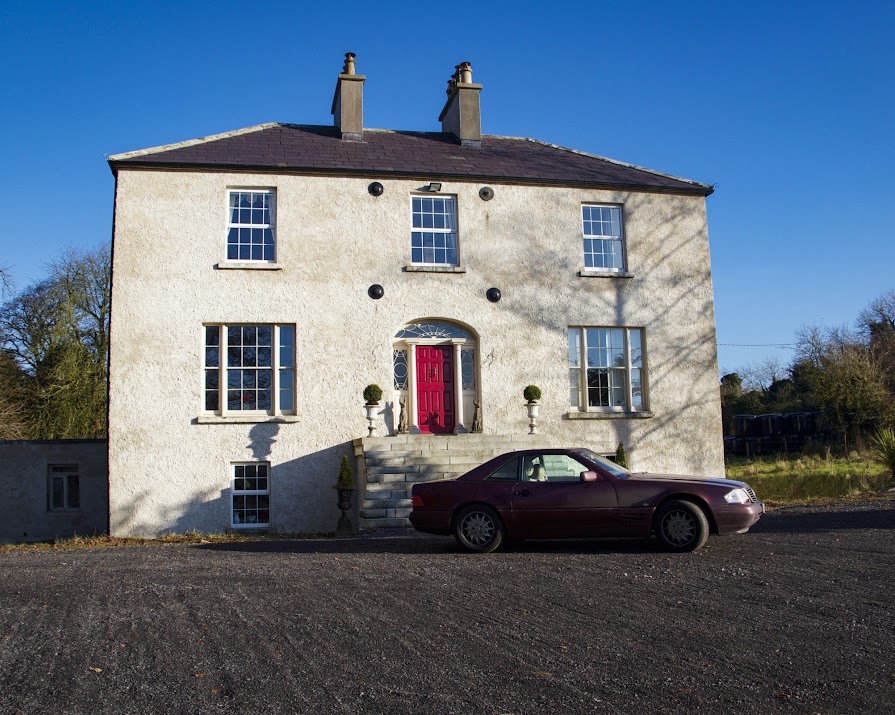 Kilglass House, a 19th-century Longford rectory, features this Sunday on RTÉ One’s The Great House Revival. Here, we give you a sneak peek.

“The day we bought it, I walked in and fell through the floor,” says Ronan of the former Church of Ireland rectory he bought with his partner Charles.

It sounds like a dire warning, and many would have taken it as such, but not this daring duo. Featuring on The Great House Revival (Sunday, March 8), the London-based couple intended to move to Ireland, a goal Ronan’s Irish immigrant parents often discussed but never managed during their lifetime.

Instead, Ronan put the inheritance they left him towards buying the 19th-century Kilglass House and its surrounding nine acres for the princely sum of €120,000 in 2014. “It was basically free with the fields,” laughs Charles. 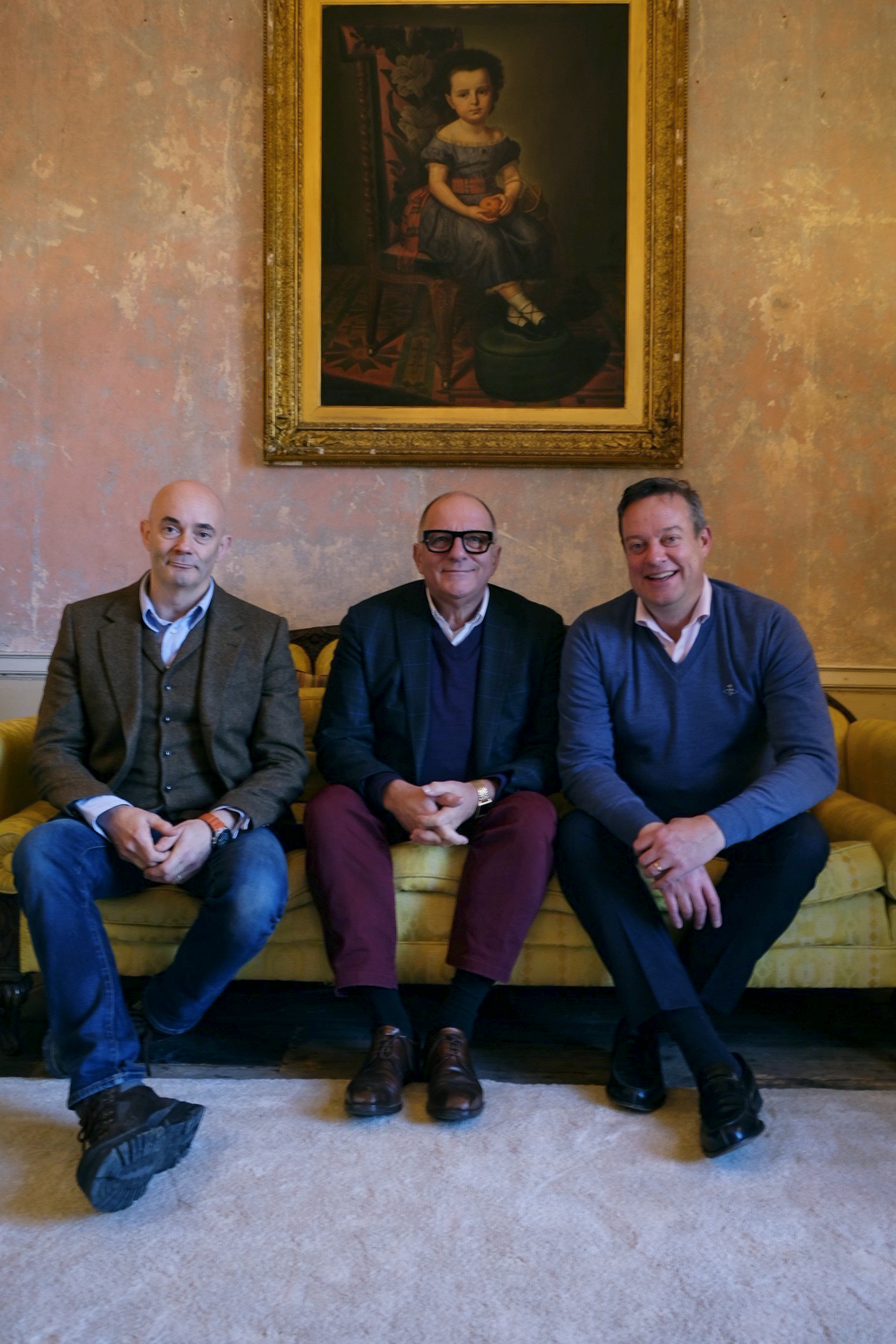 This low valuation made more and more sense to the couple as they began the restoration. Left to almost become a ruin, only one room was habitable – an upstairs bedroom that’s now a guest room – it was quite literally dripping in damp and, as Ronan’s unfortunate first step discovered, in a severe structural state.

When the couple began initial works, the walls of three rooms at the back and two rooms at the front fell down. “So that wasn’t scheduled,” as Charles notes and their entire budget to do the restoration was spent on preventing the house from falling down. 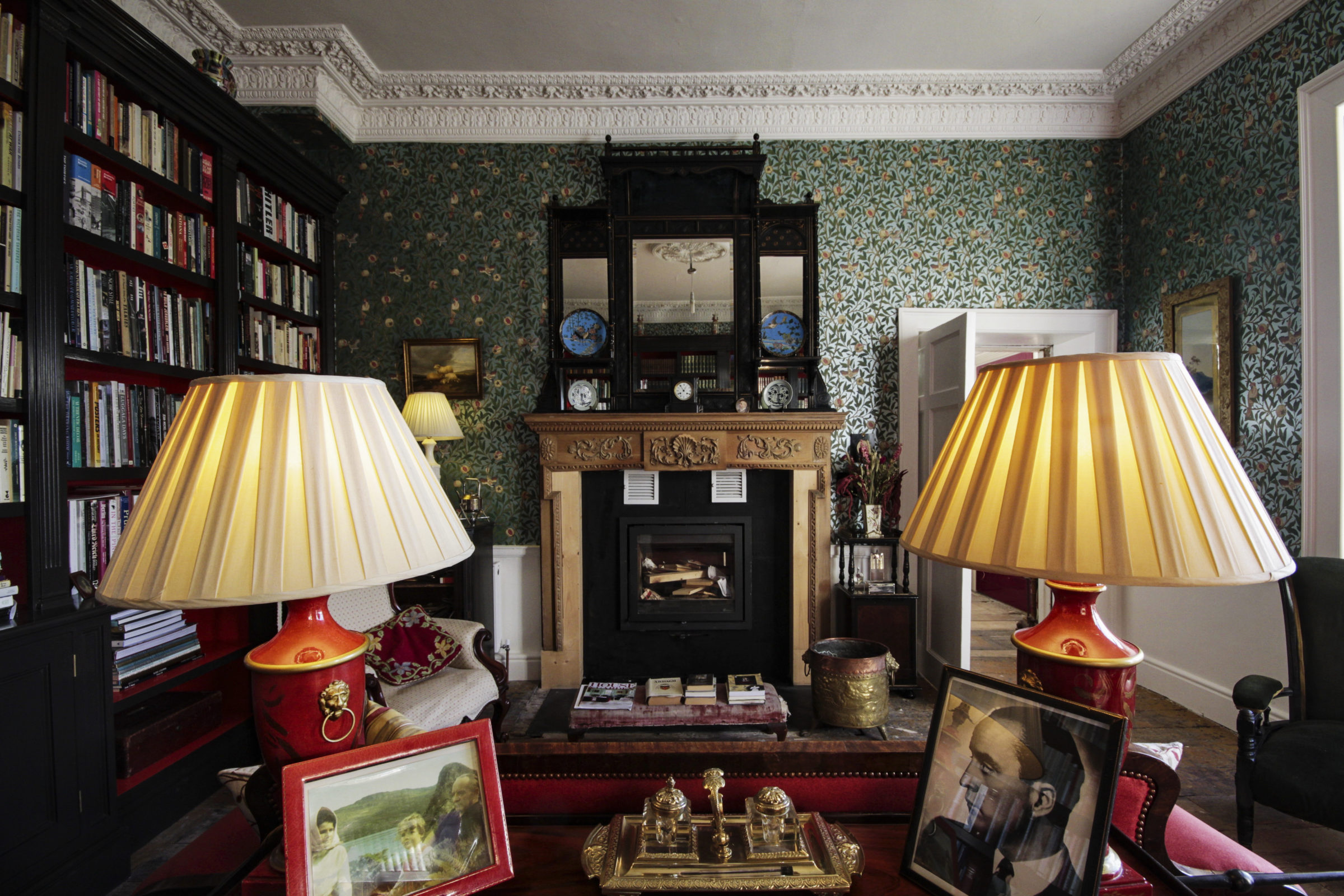 The Library following its restoration

Between commuting from London and putting chunks of their wages in to fund the project, work slowed to almost a standstill as Ronan took on much of the work solo. With very little DIY experience, he threw himself into the work, stripping timbers and using online tutorials to guide him through repairing the slate fireplaces and other jobs. 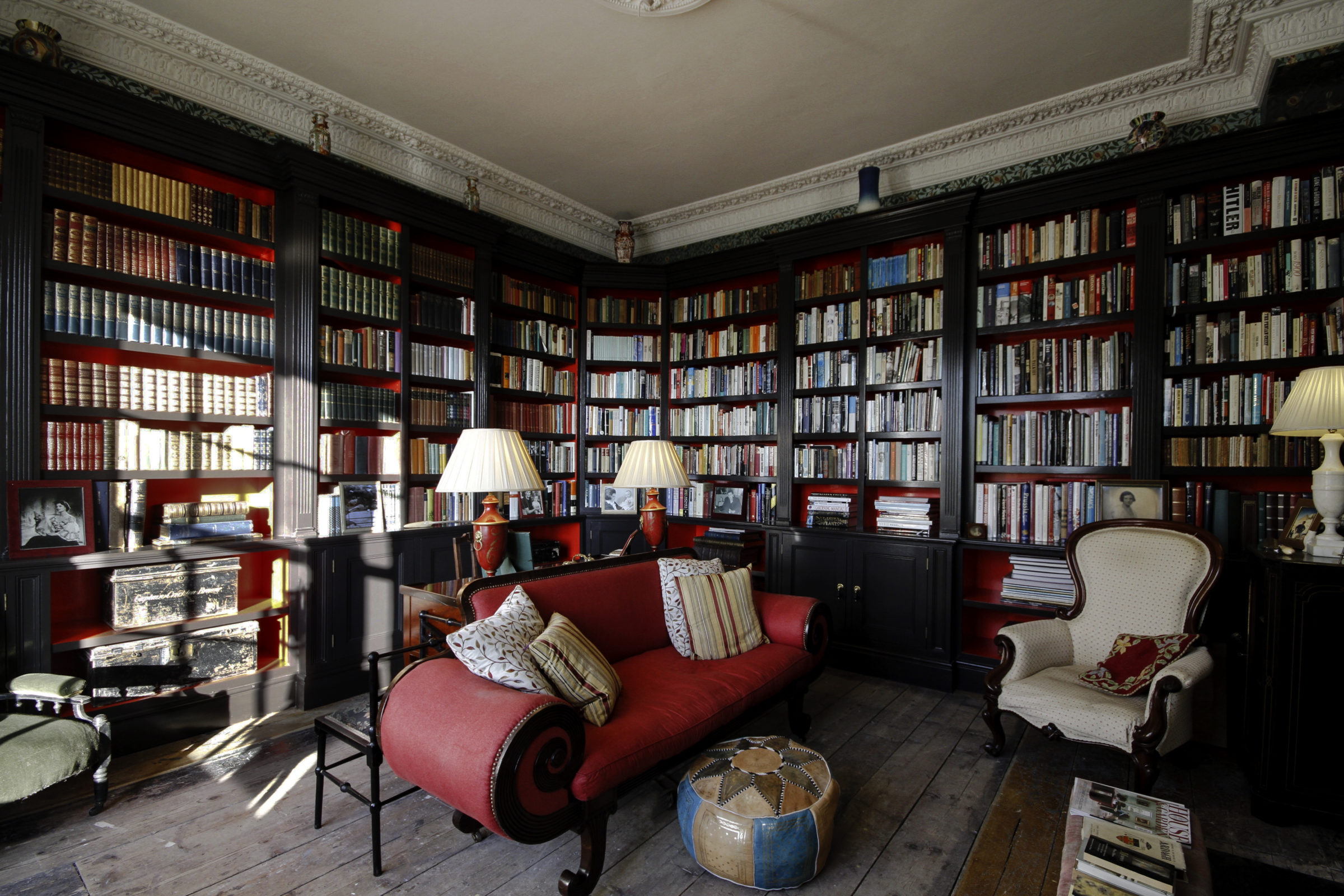 However, there were some jobs that they couldn’t tackle themselves. The unusual staircase was unstable and required reinforcement to keep it up, as well as new bannisters, made by local carpenter Graham Parks. 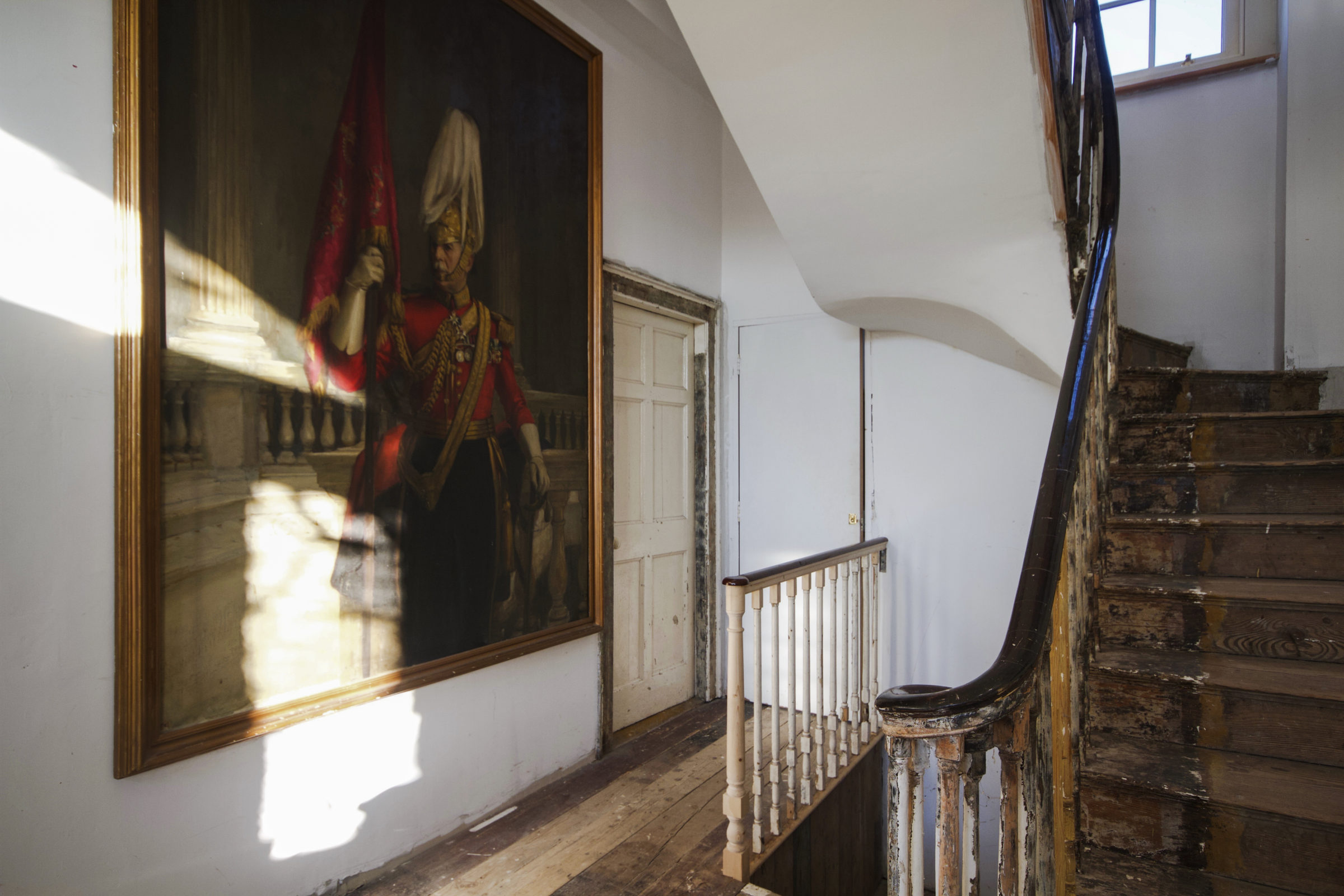 The basement, where the kitchen and dining rooms are located, was particularly damp, the stone walls visibly wet in corners. In 2019, they secured a local heritage grant to remove the concrete render on the exterior of the house, which had been holding in the moisture. A lime plaster now allows the house to breathe. 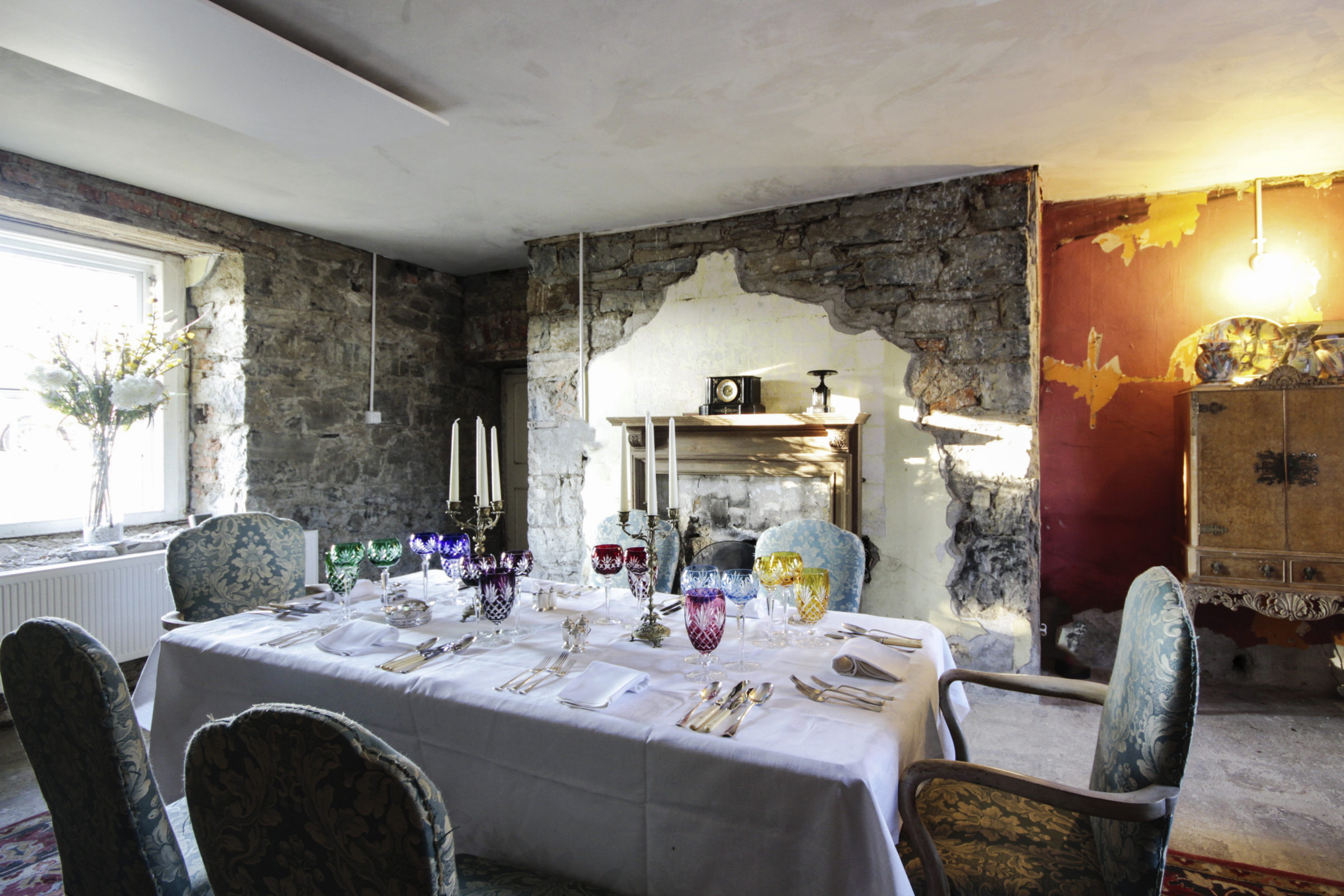 Once the damp had been dealt with, they could bring modern heating to the house for the very first time. Charles and Ronan decided on a particularly modern infrared system, which heats the house itself rather than the air. Mounted with discrete panels on the ceiling, the thick, 3.5-foot walls now act as heat banks, radiating heat into the rooms. 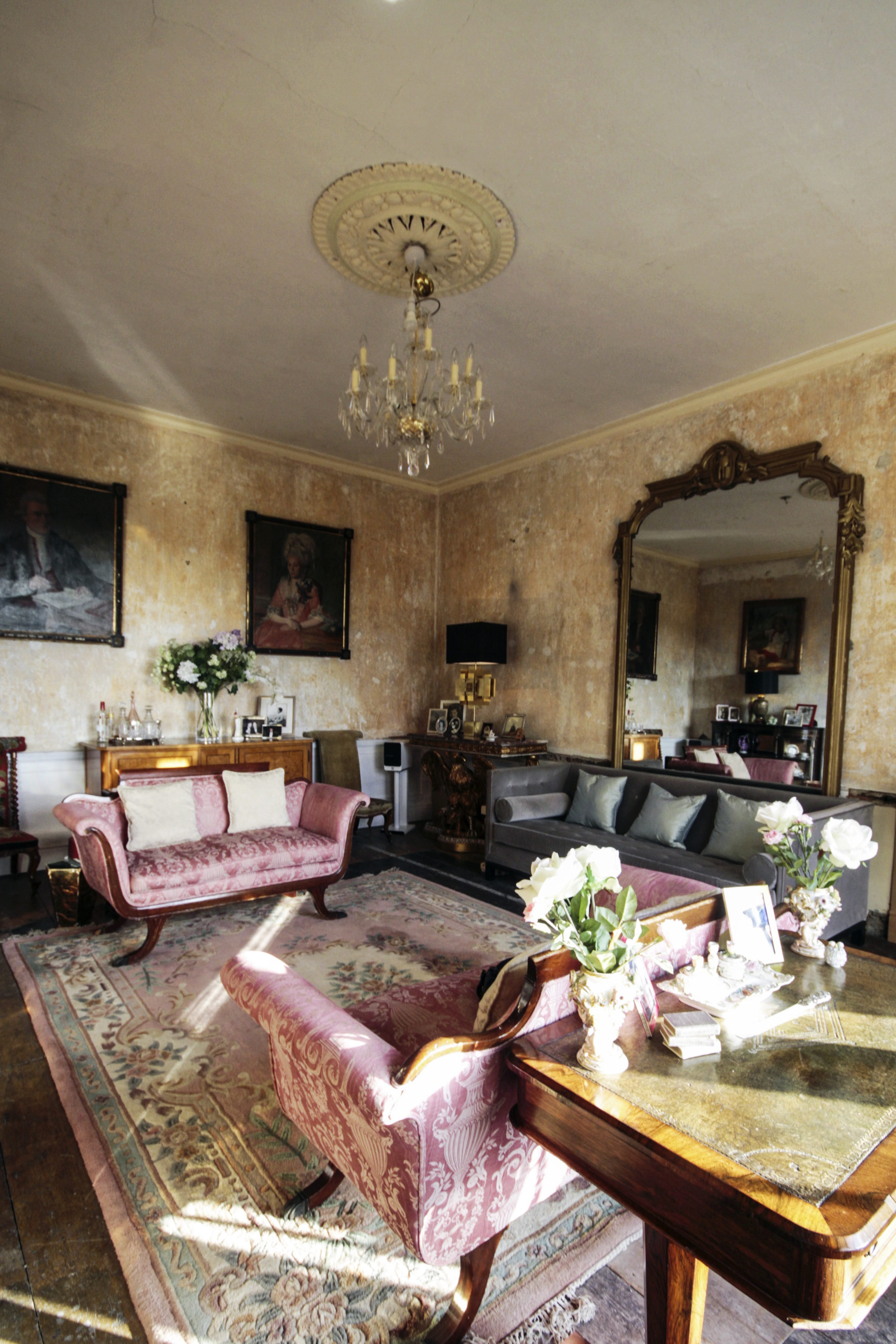 Ronan is an avid online shopper and has put his skills to good use, seeking out bargain furniture to fill the house. In the library, teasingly named “Charles’ Room” because Ronan picked absolutely everything in it and Charles wasn’t sure about it, most of the furniture has been sourced online. The yellow sofa in the sitting room was another online purchase, while the bedroom suite in the guest bedroom had belonged to Ronan’s mother. 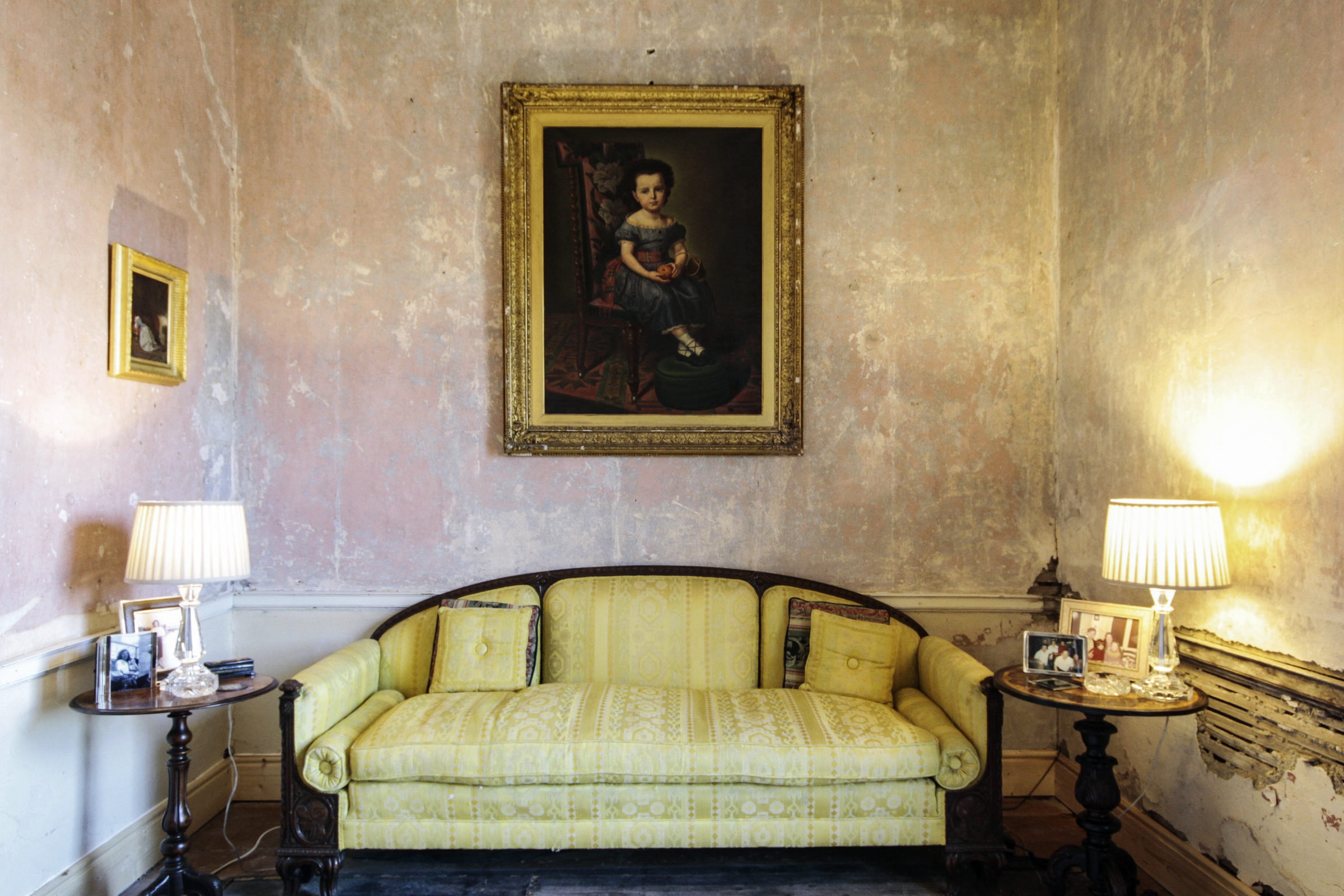 After pouring in €300,000 in the house, not including the original purchase or their wages contribution, Kilglass House is far from finished but they have made a home of it already. Walls remain unplastered, floor uncovered, the kitchen untouched and much of the work unfinished. To finance the next stage, they intend to open their home up as a B&B. 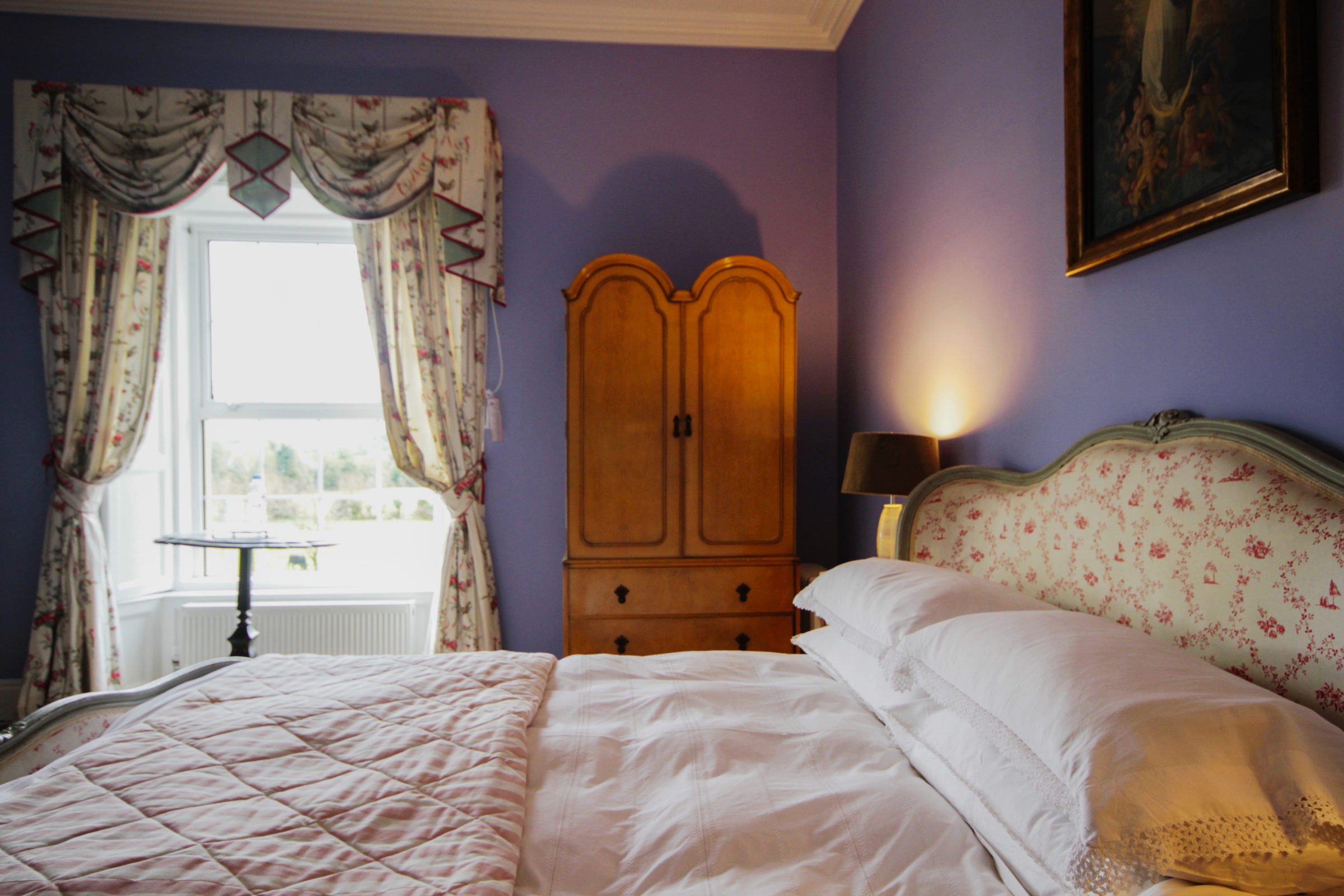 While they’re both thrilled with the house, the couple disagrees on whether it has been worth all the heartache. “I’d do it again in a heartbeat but I couldn’t put Charles through it again,” says Ronan as Charles shakes his head. However, their long road now has a finish line in sight and without their interjection, Kilglass House might have already crumbled into one of the many melancholic ruins that pepper Ireland’s landscape.

Watch the full story of Charles and Ronan’s ongoing restoration on Sunday, March 8, at 9.30pm on RTÉ One.

Read more: This Phibsborough home was a crumbling wreck two years ago – look at it now

Read more: The Donegal seaside manor that supposedly inspired ‘Gone with the Wind’ is up for sale for €1.8 million

Read more: Take a peek inside the 12 best houses built across the world in 2019