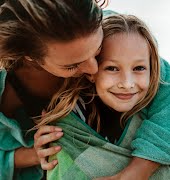 Why ‘Joker’ isn’t the dangerous movie everyone thinks it is

‘Joker’ finally opened to Irish audiences to a rapturous reception, but both at home and abroad, controversy surrounds the movie. Here, our deputy digital editor delves into how dangerous ‘Joker’ can really be, and why we need to rethink our approach to violent movies.

The fateful day finally arrived — Joker, a new big-screen imagining of the famed Batman supervillain starring Joaquin Phoenix, opened to Irish audiences, as one of the most hotly-anticipated movies of 2019.

The origin story focuses on Arthur Fleck, a struggling would-be stand-up comedian whose day job as a rental clown, fraught relationship with his mother, worsening mental illness and abuse from society at large eventually lead to his descent into madness and transformation into the Joker.

The hype around the movie had been building since earlier this year, when Joker received a reported eight-minute standing ovation and three awards at the Venice Film Festival, including the coveted Golden Lion for Best Film. The internet’s excitement was barely contained for months; poring over every minute detail of the two trailers and discourse around how Phoenix would interpret the iconic character became a daily topic.

The reception so far to the movie’s release has been mixed from critics (the Guardian alone has two reviews for the movie — one giving four stars, and the other two). Meanwhile, it seems to be triumphant across the board among fans, with social media users praising Phoenix’s inspired acting and the attention to detail from director Todd Phillips.

But, clouding the film’s success and early Oscar buzz, has been controversy. Joker has been criticised for its subject matter, where audiences are ‘encouraged to feel sorry’ for the titular character. It has been described as “a radically dangerous movie that supports white terrorism” (Refinery29), “irresponsible propaganda for the men it pathologizes” (Vanity Fair) and “a bold but incel-friendly origin story” by IndieWire.

The controversy also largely stems from the character’s apparent involvement in a 2012 mass shooting in the US, in which a Colorado man opened fire in a local movie theatre during a showing of The Dark Knight; ultimately killing 12 people and injuring dozens more. Families of the victims and survivors of the attack have also voiced their concerns around 2019’s Joker.

Having been subject to the film’s incessant hype for months (and, admittedly as a fan of Phoenix, indulging in it myself), I headed to the cinema on Sunday evening to experience it for myself.

The movie was exactly as described; dark, disturbing, uncomfortable, upsetting. And yes, for the majority of it, I found myself feeling sorry for Arthur. His treatment by society, and by the people closest to him, was awful. I was saddened by his efforts to make sense of the abuse he had to endure for his entire life.

Feeling sorry for him did not, however, at any point, inspire any solidarity with Arthur’s actions. I didn’t find myself agreeing with his killing sprees, nor violent outbursts, nor eventual development into a supervillain. I certainly didn’t find myself wanting to emulate them. I simply better understood the factors in his life that led to him committing these crimes and becoming the villain that is the Joker.

It’s important to understand that, yes, Arthur’s treatment by society did contribute to his demise. But a much larger factor was his severe mental illness and the fact that he stopped taking his medication. The trauma he endured as a child, from both physical and emotional abuse, was a factor too. As was the failure by Gotham’s health system to ensure his mental health treatment was adequate.

‘It depends on the brain of the beholder’

There has been extensive research into the effects of violent media on aggression levels in audiences, with the aim of answering once and for all, if violence on-screen causes violence on the streets. And while the research varies in practice and detail, the general outcome remains the same: violence on screen does make people more violent — but only if they already harbour aggressive tendencies beforehand.

A 2014 study by a team at Mount Sinai hospital in New York split a group of 54 men into two groups — aggressive (including those with a history of physical assault) and non-aggressive, after an assessment via questionnaire. The men in both groups then watched violent films, while having their brains scanned for unusual activity. The aggressive group had less activity in the orbitofrontal cortex, which controls emotion-related decision making and self-control, and said afterwards that they felt “more inspired and determined” than their non-aggressive counterparts while watching the violent scenes. Their blood pressure also notably decreased during the violence, while the non-aggressive groups’ increased.

Dr Nelly Alia-Klein, of Mount Sinai Hospital in New York, said, “How an individual responds to their environment depends on the brain of the beholder.”

In 2007, psychologist and director of the Center for the Study of Violence at Iowa State University, Craig Anderson conducted a similar study into the link between media violence and aggression in audiences. He concluded that, while links were found between the two, “media violence is only one of many risk factors for later aggressive and violent behaviour,” and that, “extremely violent behaviour never occurs when there is only one risk factor present.”

A colleague of Anderson’s, Douglas Gentile, along with Professor Brad Bushman of Ohio State University and Amsterdam’s VU University, in a later study, identified media exposure as one of the six risk factors for predicting later aggression in children. Besides media violence, the remaining risk factors include a bias toward hostility, low parental involvement, participant sex, physical victimization, and prior physical fights.

‘You’re able to tell the difference between right and wrong’

What’s more, the Colorado mass shooter, whose actions inspired the outcry against the new Joker movie, did not actually model himself after the cartoon villain at all. Despite media coverage at the time clinging to the details of shooter James Holmes’ dyed red hair, the story was just a rumour, sparked by the then-New York police commissioner Ray Kelly’s comments at a press conference.

“He had his hair painted red, he said he was ‘the Joker,’ obviously the ‘enemy’ of Batman,” Kelly had said. However, since 2012, the Colorado officials who prosecuted Holmes have been trying to dampen the rumour, saying that the Batman idea “had no connection to reality”.

Psychiatrist Dr William Reid, who actually interviewed Holmes for several hours over the course of his trial, asked Holmes directly if his actions had been in any way inspired by the Joker or The Dark Knight film. Holmes said that, “the first he heard of the Joker idea was [from] somebody in another cell,” and that his hair being dyed red was a complete coincidence.

Speaking to IGN, lead actor Joaquin Phoenix himself was asked about the outcry against the movie. He said, “Well, I think that, for most of us, you’re able to tell the difference between right and wrong. And those that aren’t are capable of interpreting anything in the way that they may want to. People misinterpret lyrics from songs. They misinterpret passages from books.

“So I don’t think it’s the responsibility of a filmmaker to teach the audience morality or the difference between right or wrong. I mean, to me, I think that that’s obvious.”

Surely we could come away from a film such as Joker having learned something more about mental health and criminal behaviour, as well as just being entertained. What could have been done to prevent Arthur’s demise into Joker?

For one, social services could have served him better by intervening in his adoptive home and preventing him from being abused. They could have removed him from the home, and from an adoptive mother who was clearly struggling with mental illness and was not equipped to raise a child by herself.

In later life, Arthur could have been better served by mental health services. Rather than his entire treatment consisting of heavy medication, he could have had an effective counselling programme that listened to his concerns about his mental health, instead of ticking him off the list.

But most essentially, we could come away from the film realising that the Joker is a fictional comic book villain; an exaggerated, theatrically evil ‘bad guy’ purely created for our entertainment.

Basing our understanding of how a mass shooter becomes a killer from a fictional character isn’t an effective method of prevention. Joker was created purely for our entertainment — maybe we should give it a chance to do its job.