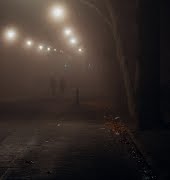 Is This Why McDreamy Was Killed Off Grey’s Anatomy?

Why did Patrick Dempsey leave Grey’s Anatomy? Rumours are catching fire that the McDreamy actor was killed off the show because of an alleged affair with an intern.

Jezebel reports that celebrity magazine InTouch deleted an article from their website about the story and other websites are now swarming and filling the rest of us in on the salacious details.

Here’s the gist: Patrick Dempsey filed for divorce from make-up artist Jillian Fink in January. Last month his role in Grey’s Anatomy came to a sudden end after his character was killed off. Dr. Derek Shepherd AKA McDreamy had been a series fixture since the pilot episode, and his death sent devotees of the show into social media mourning.

Now, showbiz insiders are saying that the reason a fan favourite character was killed off after eleven series’ is because Dempsey was involved with a 20-year-old intern on set.

His co-star and long-running love interest on the show, Ellen Pompeo, who plays Meredith Grey, was not comfortable with what was going on. The actress is friends with Dempsey’s ex and allegedly told Jillian about the relationship.

Pompeo then approached Shonda Rhimes, Grey’s Anatomy‘s showrunner and the creative force behind the hospital show. Shonda decided to kill Dempsey off the show, despite his still having a year left in his contract.

Is this all conjecture? We think the tabloids are on a good hunting trail with this story. Dempsey’s death on the series was out of the blue. The actor said in interviews that the decision to end his run on the show was only made weeks before the episode aired. There’s also the issue of Shonda Rhimes steely reputation to consider.

Rhimes is known not to suffer fools gladly. She dismissed actor Isaiah Washington after a high-profile incident on set involving the use of a homophobic slur. Her clashes with Katherine Heigl became the stuff of legend and Heigl’s character Isobel Stevens had quite the drawn out demise. Heigl’s difficult reputation dogs her to this day. It wouldn’t be out of character for Rhimes to expect professional behavior from her staff, and to exert her influence when actors fail to adhere to such standards. As one source told the press, ?Shonda has no patience for that kind of behavior.?

What do you think? If this is true, was Shonda Rhimes right to kill off McDreamy? Or should Dempsey’s personal life have had no bearing on the writer’s room?