At the age of 27, Mary Cregan gave birth to her first child, a daughter named Anna. Two days later, Anna passed away, plunging Cregan into a severe postpartum depression that led her to attempt suicide. Decades later, sustained by her work, a second marriage, and a son, Cregan attempted to make sense of this pivotal experience in her memoir, The Scar. Here, she tells her story of how writing about her experience has not only helped to heal her scar, but also led to a deeper understanding of depression and suicide.

We all have our stories, but some stories – like those having to do with childbirth and postpartum depression – are unique to women.

When I was in my twenties, eagerly awaiting the birth of my first child, I never imagined that my life would soon take a tragic turn. When my daughter Anna died two days after she was born with a fatal heart defect, her death triggered a postpartum depression so severe that I attempted suicide and had to be hospitalised. Many sessions of electroconvulsive therapy (ECT) were necessary to bring me out of the life-threatening condition I was in.

Any woman who has suffered a stillbirth, a late miscarriage, or watched her newborn infant die knows that the emotional and psychological after-effects linger for a long time. They are also followed by some inevitable social awkwardness; although people truly feel terrible for you, they don’t know what to say. Rather than admitting how depressed I was, I did my best to appear to friends and family as though I was coping and moving forward.

After I came home from the hospital, it wasn’t only the death of my daughter that I tended to be silent about. There was good reason not to want people to know I had been institutionalised for a mental illness. I was ashamed of having been suicidal and regretted that the more serious of my two attempts had left behind a visible scar. When I started graduate school in literature and later began teaching, I rarely spoke about this chapter in my past, and then only to my closest friends.

For a long time, I’d been wanting to write a book about my daughter’s death and the life-threatening depression that followed because I had never fully come to terms with what had happened. Secure in a happy second marriage, having raised a second child, I felt that it was time to break my silence. Suffering comes to everyone, and perhaps sharing my experience would be of use to others. Still, certain stories must be handled with care: If you tell your tale of being mentally ill and suicidal, will people assume that you are somehow damaged, unstable, professionally untrustworthy? It took me many years to overcome my resistance to writing about that, and I found that the best way to do it was to situate my own story within a larger one: the history of depressive illness and the various efforts – the asylum, talk therapy, ECT, drugs – to alleviate the suffering.

Since my book was published, I’ve heard from many strangers who have found it helpful, which has been deeply gratifying. And I’ve heard – much to my surprise and delight – from quite a few people who knew me when I was young, before the bad stuff happened, allowing me to renew old friendships. I’ve also heard from neighbours and colleagues who had, of course, no idea that I’d gone through the rather extreme experiences I write about. In finally breaking my silence, I’m pushing back against the stigma surrounding depressive illness and suicide. Suicide and depression thrive when people feel alienated and alone, when they don’t feel that they can speak about what they’re going through. I hope my book will encourage others to break their silence – if not publicly as I have done, then by reaching out to a good friend, a family member, or, most importantly, a therapist or psychiatrist. Stories allow us to extend our empathy to one another. They help us feel more resilient. Most importantly, they help us survive. 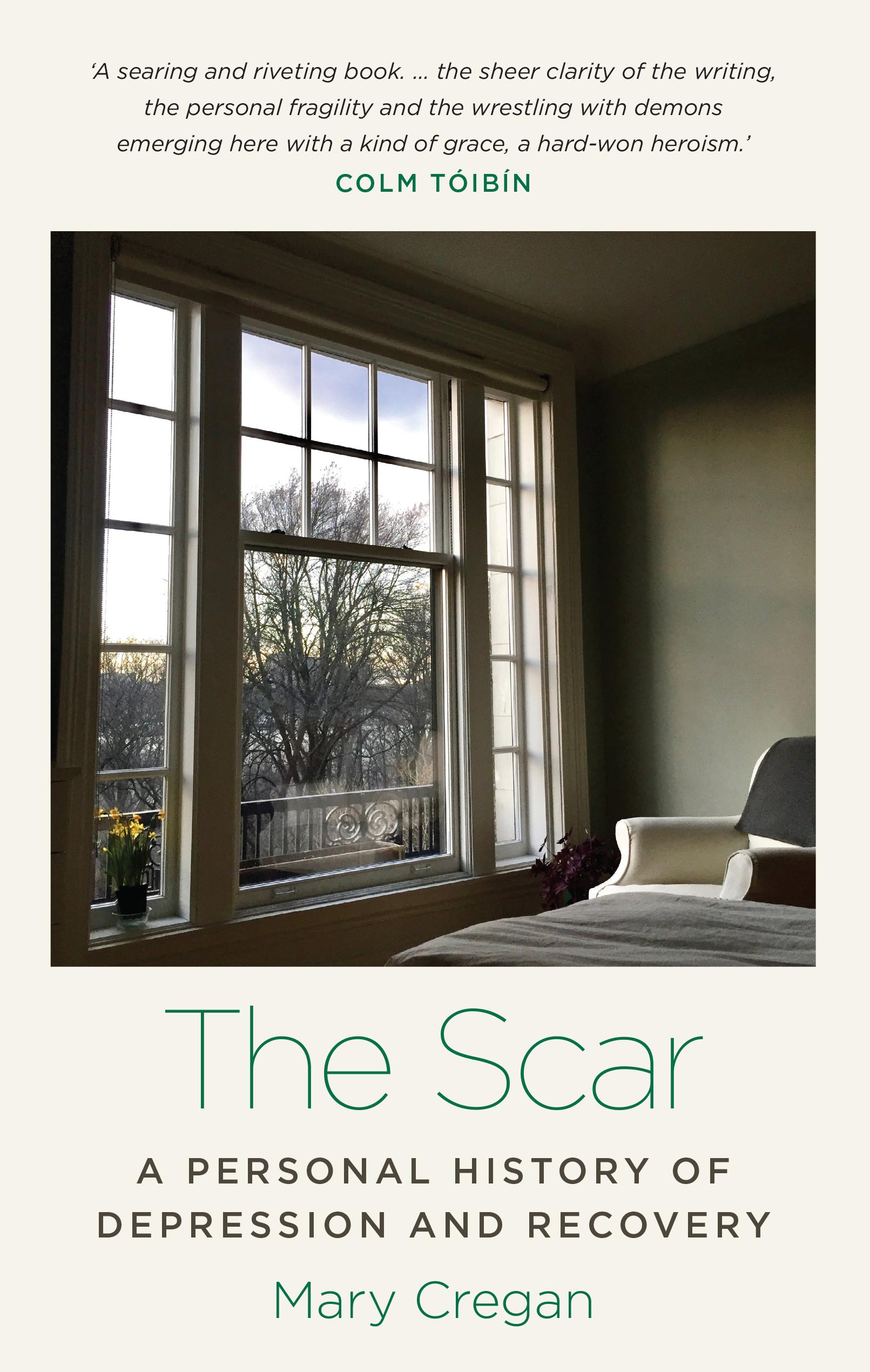 Mary Cregan’s memoir, The Scar: A Personal History of Depression and Recovery (Lilliput Press, €16) is out now. Mary will be speaking at the Festival of Writing and Ideas at Borris House, Carlow on Sunday, June 9, festivalofwritingandideas.com. She will also be launching her book with Anne Enright at Hodges Figgis, Dublin on Wednesday, June 12 at 6pm.