Who could’ve predicted that Zoom background images would become a thing? We didn’t, but thankfully a chic interior is but a few clicks away.

Despite what feels like constant dusting and hoovering, it’s difficult to keep up standards when you’re at home all the time. Not only do you make more mess, but you’ve more time to notice it too. You clean and tidy, but it’s back to how it was in no time. Sigh.

At the same time, if you’re working from home, there’s a high chance you’ve to spend some time on Zoom video calls too. These two things are not compatible.

From now on, I’ll be perched in front of perfectly curated shelves and elegant rooms, with a little help from the pages of Image Interiors & Living magazine. 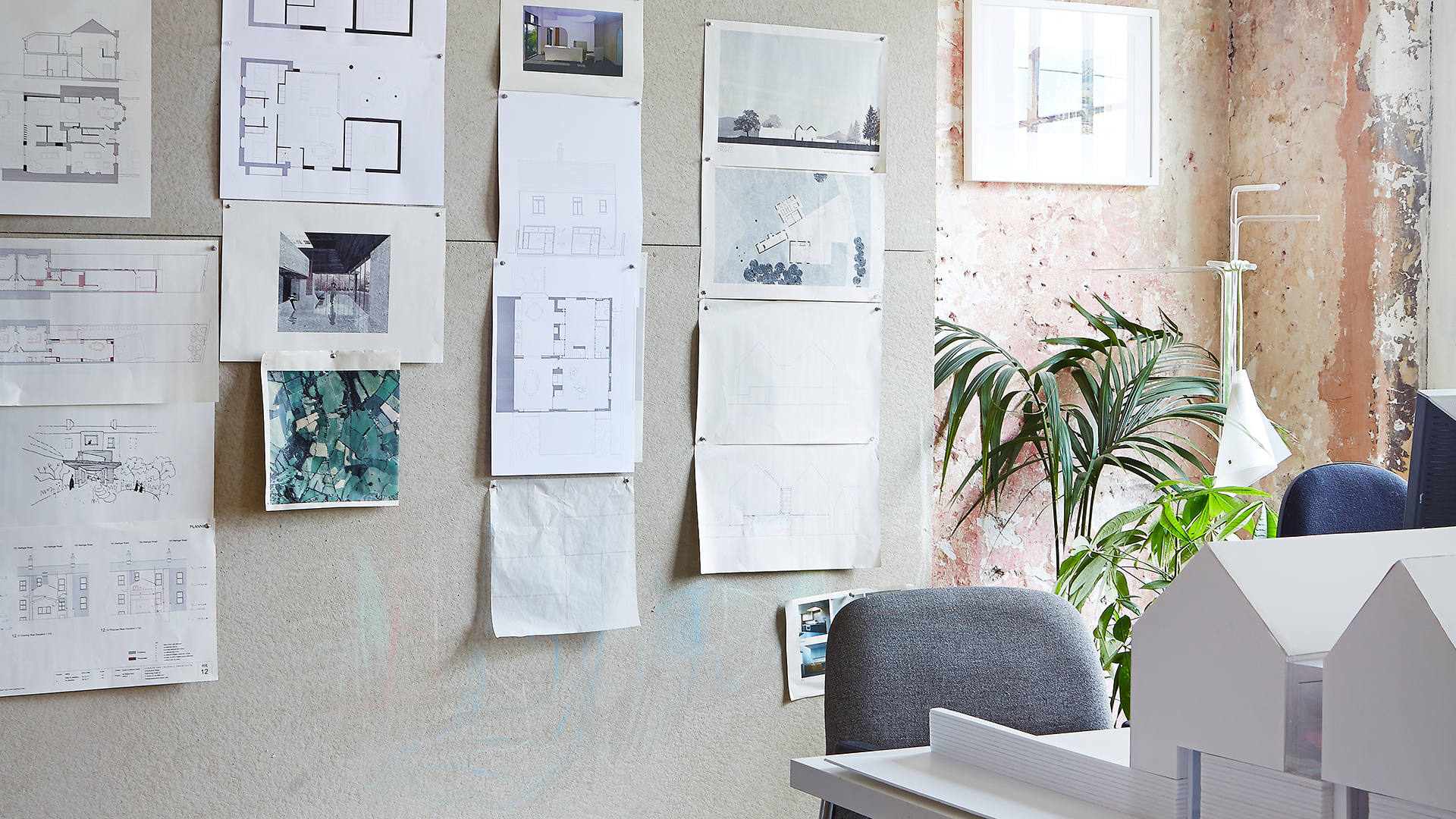 Architect couple Douglas Carson and Rosaleen Crushell of Carson and Crushell renovated a crumbling Georgian-style house in Rathmines to make a combined family home and workspace.

With old lime plaster exposed in parts and drawings dotted around, their office in the light-filled piano nobile, from our July/August 2018 issue, looks like a dream to work in. 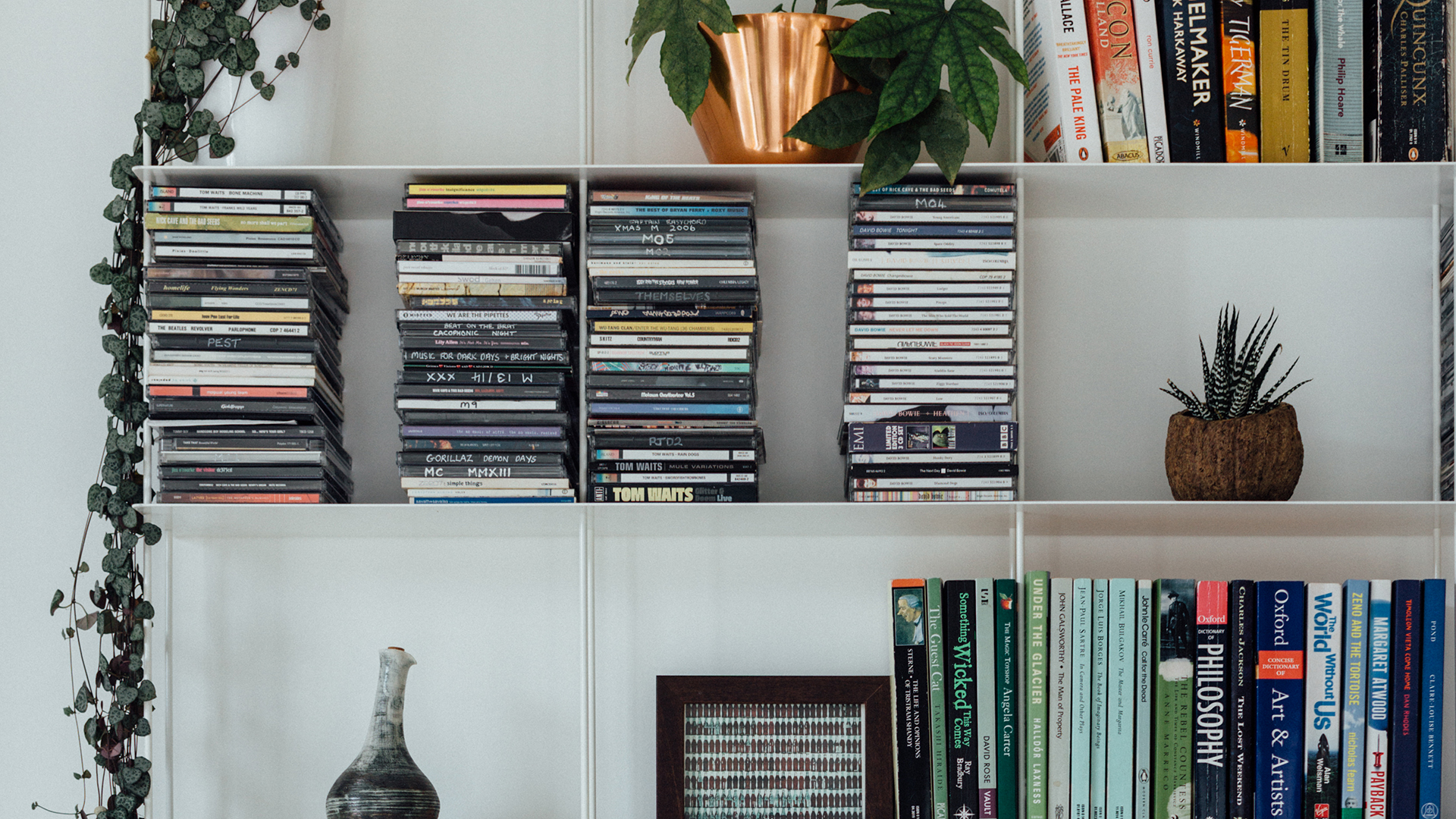 Everything inside the Victorian terrace home of Mona and Rob Fox has a story. The couple had actually gone sale agreed on five houses prior, so they honed their sourcing skills over the years, before landing on their dream home, which also featured in the July/August 2018 issue. This chic Krossing shelving unit in their first-floor kitchen displays some of it with panache. 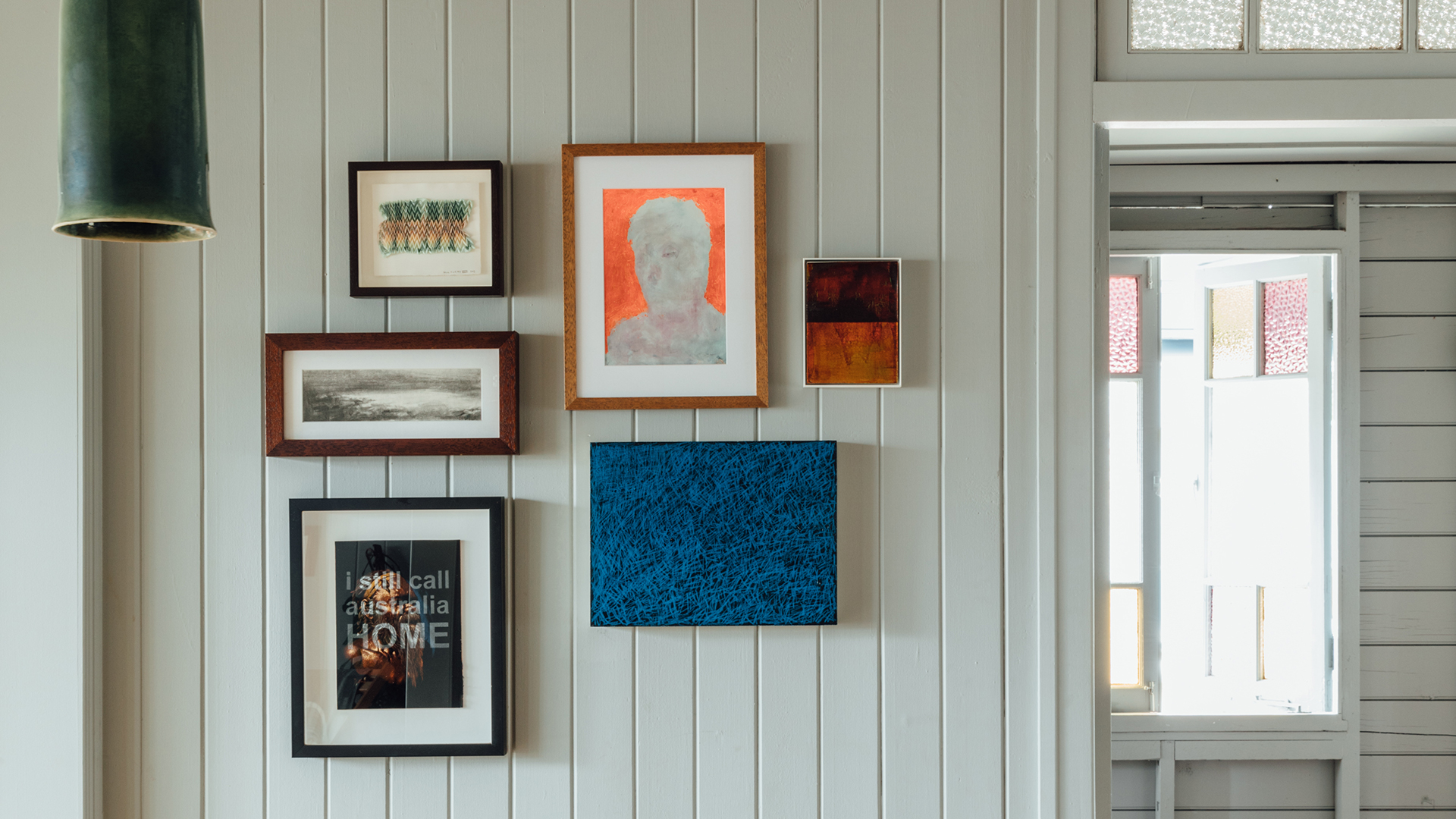 If anyone is going to have a strong gallery wall, it’s the home of an artist and a curator. This snapshot of the breezy Brisbane home of Australian artist Keith Burt and Irish-born gallery director Tarragh Cunningham, which featured in July/August 2019, shows. On the wall, you’ll find Keith’s own art alongside Tony Albert, Matt Tobin, Ben Walsh, Miles Hall and Sandra Okalyi. 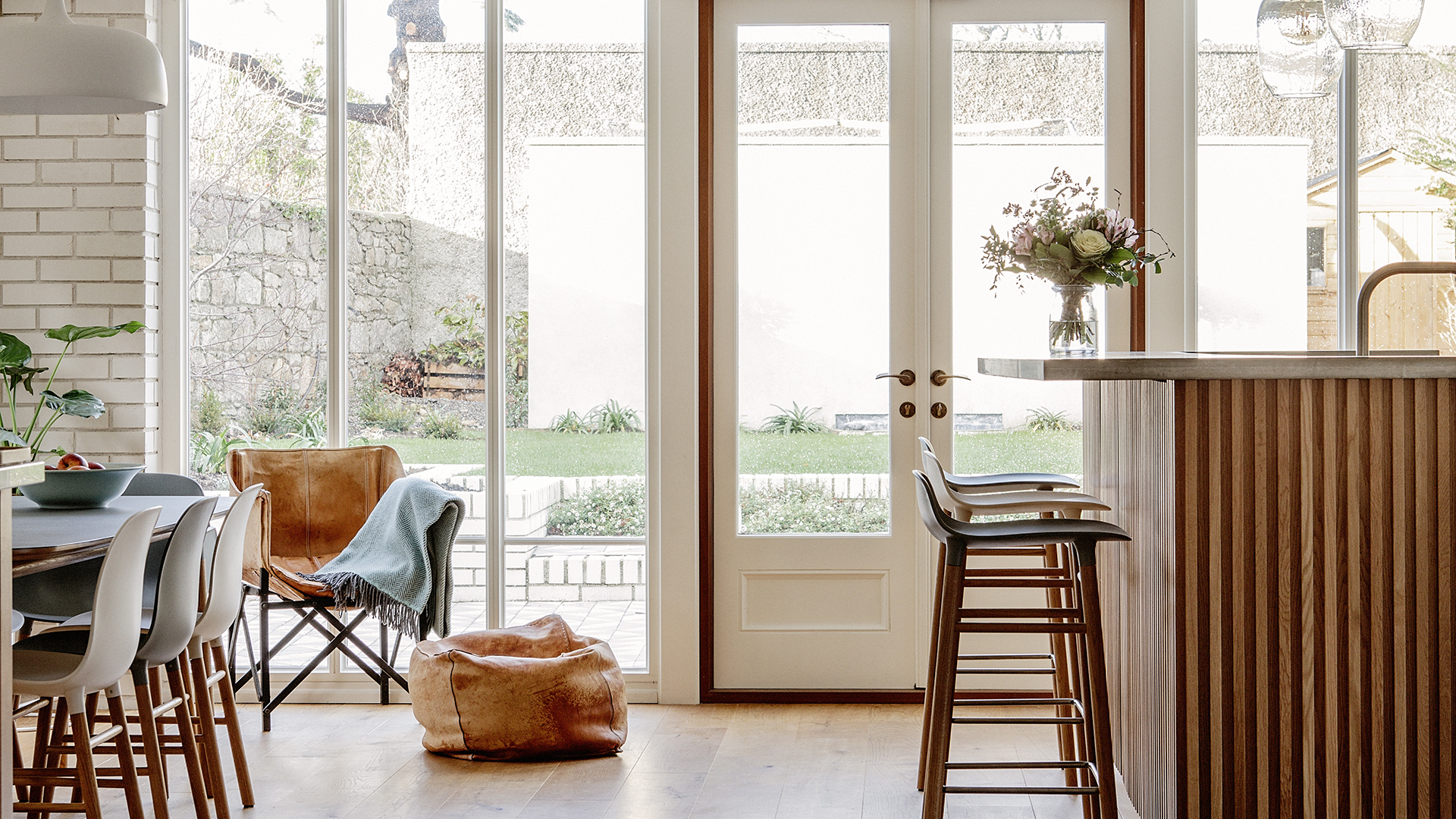 The plywood kitchen cabinetry and handles of this Gillian Sherrard-designed kitchen are flush with the walls and floors, so it mirrors the off-white Belgian bricks of the dining area. Quiet simplicity perfected, as originally seen in the January/February 2019 issue. 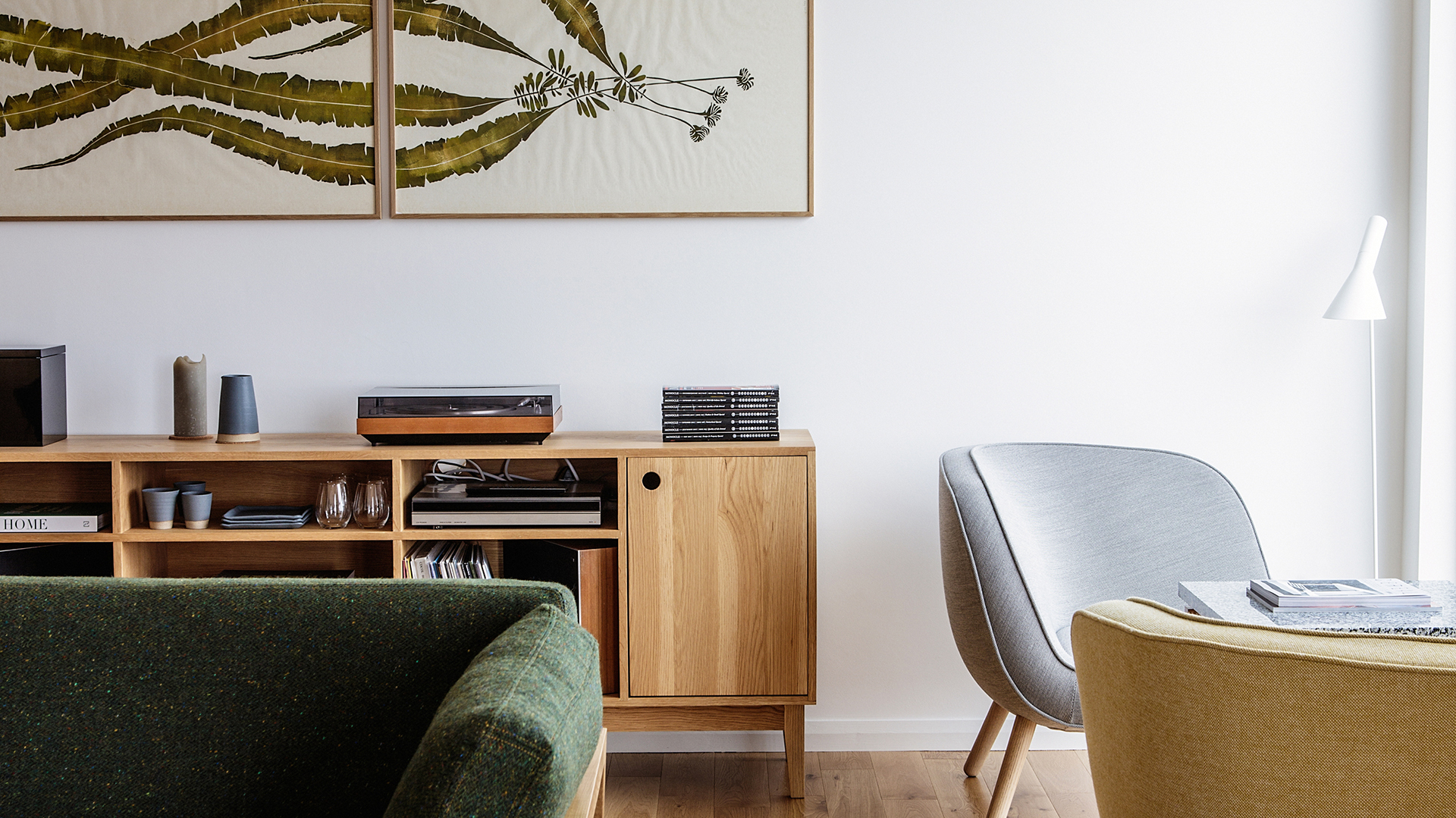 There’s a lovely warmth in this particular corner of our January/February 2018 cover star, Breac.House. Looking out the window are two comfy Fritz Hansen VIA57 easy chairs and in the background is a Tricia Harris cabinet with Superfolk art above.

We’d virtually perch right in front, on the forest green sofa, the result of a collaboration between Eddie Doherty tweed and Simon O’Driscoll furniture. 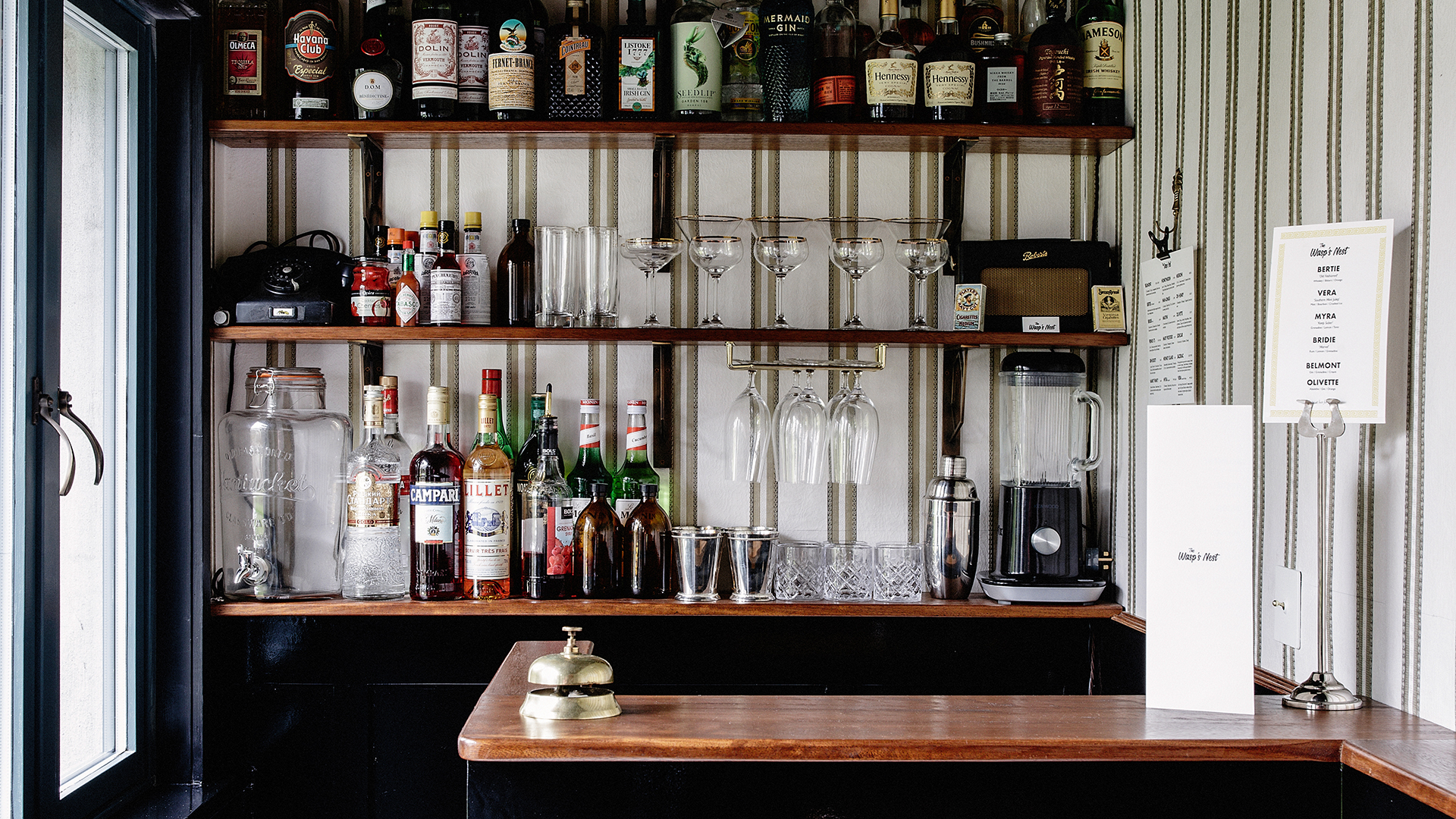 The home bar of two cinephiles in Dublin was previously a modest set-up in the back garden shed.

However, while renovating their home with architect Ryan W. Kennihan, which featured in the November December 2019 issue, they transformed it into a 1930s-style saloon.

Now the perfect ePub background, it’s named The Wasps’ Nest after a hive was found in one corner during the renovation.

Read more: Eoin Higgins asks ‘Am I the only one finding video calls mortifying?’

Read more: Thinking about working from home in the future? These pods make a perfect WFH space

Read more: Tom Ford on the art of looking good on Zoom