Prince Harry and Meghan Markle have confirmed they are moving home; choosing to leave Kensington Palace for Frogmore Cottage at Windsor Castle.

The couple, who are expecting their first child in the spring, hope to move before the baby arrives. However, much-needed renovation work is required first.

Related: Meghan Markle’s cruelty-free skincare
is safe to use during pregnancy

While Kensington Palace is (quite literally) fit for a king, Harry and Meghan’s accommodation is quite small; too small, it seems, for their growing family.

The pair currently live in a two-bedroom cottage on the grounds of the palace; which pales in comparison to Prince William and Kate Middleton’s 20-room abode within the palace walls.

There have also been rumours of tension between the two royal couples, though that could just be hearsay.

Why Frogmore Cottage at Windsor?

Harry and Meghan have a strong connection to Windsor Castle since tying the knot there in May. The Duke and Duchess were married in St George’s Chapel on the castle grounds, before celebrating with an evening reception in Frogmore House. Their reception venue will be visible from the couple’s new home, Frogmore Cottage.

What’s more, Frogmore has a rich, royal history. The late Queen Victoria and her husband Albert are buried at the nearby Frogmore Mausoleum, as are Harry’s great-great-uncle and aunt, Edward VIII and Wallis Simpson. 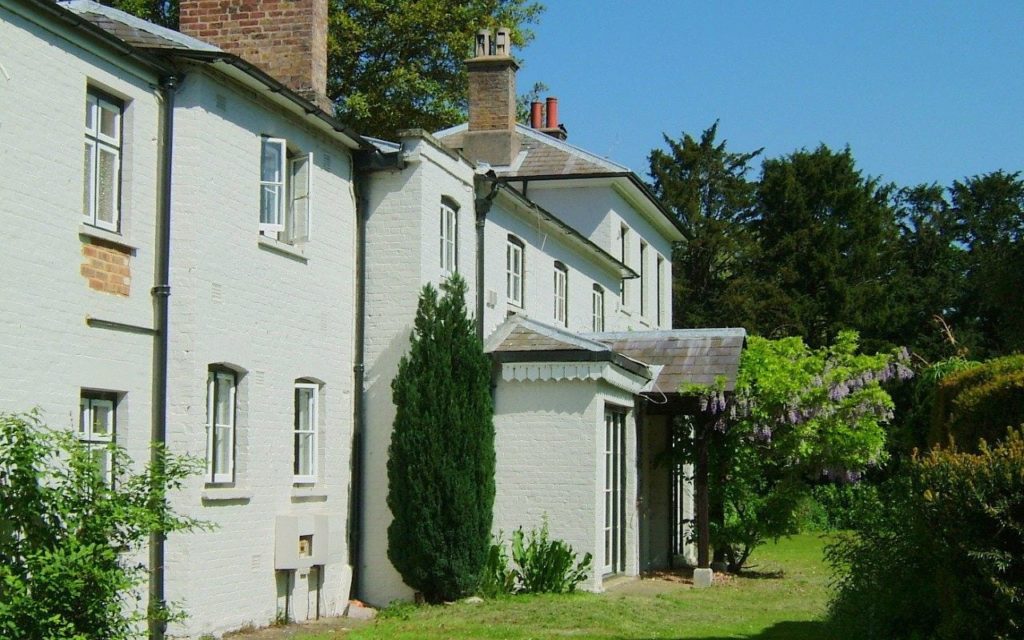 Frogmore Cottage is currently divided into five apartments, which were once used to house royal staff. However, it has since fallen into disrepair. Harry and Meghan have applied for planning permission to convert the property into one modern family home.

Specific design plans for the two-storey building have not been made public for security reasons; though some reports suggest there will be a minimum of five bedrooms, as well as space for a live-in nanny.

According to the Mail Online, a note on the planning permission application read, “The application contains sensitive information and therefore the public register is not accompanied by any forms, drawings or supporting documents.

“The application will be advertised in the usual way, but there is no additional information that is publicly disclosable.”