In anticipation for next month’s Dublin Podcast festival, Geraldine Carton met with Julien Clancy, founder of  The Dublin Story Slam podcast, to talk about what makes a good story, and why “bad” stories are actually as crucial as the good ones.

It’s no coincidence that Dubliners greet each other with the request of a tale; from the darkest corner of a cosy pub to the brightest lights of a stage, storytelling has always held particular prominence on this country. The art of telling a good scéal is practically in our blood.

One person who holds a particular affection for the practice of storytelling is Julien Clancy, creator of Ireland’s most popular storytelling night – and newly-launched podcast – The Dublin Story Slam.

Formerly part of the infamous “The Moth” network, Julien Clancy and his hilarious sidekick Colm O’Regan have been curating this sell-out event in The Sugar Club every month for the last number of years. Their intention? To showcase this country’s unique storytelling prowess, encouraging people of every age and walk of life to get up and share a little piece of their life’s story on stage.

Having recently expanded to the virtual sphere, the Dublin Story Slam podcast now enables people from all over the world to experience the magic of Irish storytelling in each curated episode. Although only three months old, it has already reached #17 on the Irish charts and looks set to become a firm favourite amongst podcast fiends the world over. 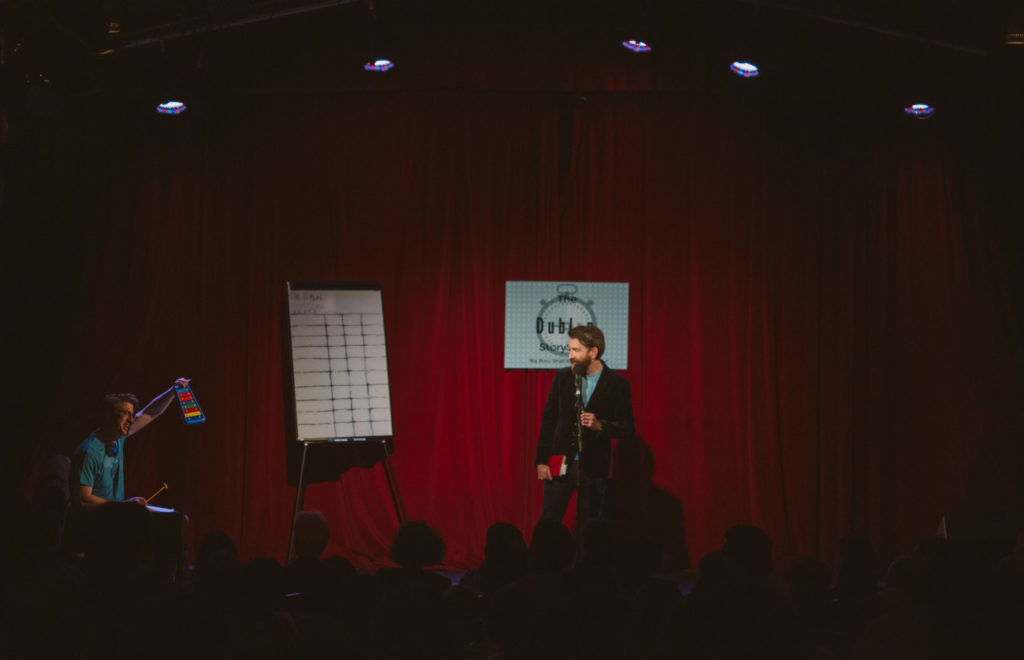 The good, the bad, and the crash-and-burns

Julien is wildly passionate about storytelling and insists that every story has a place on that stage: “the good stories are just as welcomed – indeed are just as vital – as the so-called ‘bad’ stories. Even if a story bombs, it helps to settle the room back down and inadvertently serves to amplify the sheer brilliance of the other stories to come.”

“And at the end of the day, you just have so much respect for the person for getting up and sharing a snippet from their life in front of an audience.”

Related: Standing Up At A Story Slam Is Terrifying, But If I Can Do It Then So Can You

What makes a good story?

As Julien puts it, “sometimes it’s a well-prepared story that does the trick, and other times it’ll be the spontaneous performances that work best. Honest stories told right from the heart is what creates the connection between performer and audience. What’s more, it has to be important to the storyteller. If you aren’t invested in what you’re saying, then you’ll have a tough time getting your audience to invest in it.”

“I will say that Dubliners seem to have a special knack of telling a story. The guy who won last month was a story about a broken watch. Simple, but unforgettable.”

Your story has to have a killer opening; when you have such a small timeframe to tell it, you really need to grip your audience from the get-go.

“One woman recently started her story with ’I want to tell you a story about when my child nearly died’, and that had us all immediately captivated. Another one began with ‘You never forget dressing your first dead body…’ which obviously peaked everyone’s interest!”

The “stakes” is crucial to any story; this is the occurrence that happens at some point throughout the story; either it changes your view on the world or it changes how the world sees you. You need to have a “stakes” of some sort if you want the audience to really invest in the central character.

You need to finish with an ending that leaves your audience wanting more; a mic-drop line or memorable moment that brings the story full circle and leaves you walking off to rapturous applause. “The ending is often overlooked by storytellers, and unfortunately, this can often cause an otherwise brilliant story to fizzle out completely” 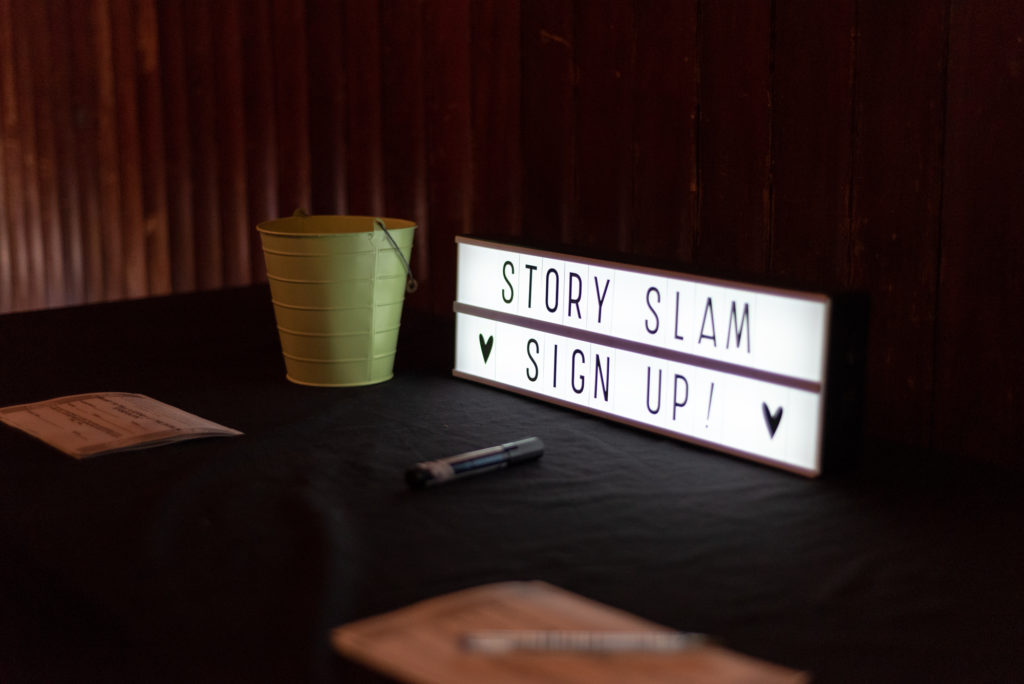 Tempted to give it a go?

The Dublin Story Slam is taking part in the highly anticipated Dublin Podcast Festival and it will be recording a live podcast for that on 16th October 2018. Tickets here.

The DSS’s “Grand Slam” event will be taking place in mid-November, with all the winners from 2018 performing in a head-to-head battle for the grand prize of Storyteller Supreme. It’s set to be a stand-out event, filled with mic-drops galore and heartstring-pulling aplenty, so keep an eye out for when the tickets go on sale to avoid disappointment.

Culture Night is tomorrow, here are some of the events you can still attend