No Regrets: What’s It Like To Come Home After Living Abroad

The legendary Irish diaspora stretches far and wide. There isn’t a person in the country who doesn’t know someone who has left our shores for opportunities in London, New York, Melbourne or the like.

But many who left at the beginning of The Crisis are starting to come home now. Their reasons for returning are varied – some are tired of the big city rat-race, others want to start a family where they have better support systems. For one woman, Donald Trump’s inauguration was the straw that broke the camel’s back (regarding her future in America, at least).

There are of course pros and cons to moving back – on the positive side, most of the women we spoke to gushed about how full of opportunities Dublin has become. But that has to be set against the extraordinarily high cost of living here, even compared to New York and London. Housing is undoubtedly one of the biggest hurdles for those returning;

“Before I left in 2014, I was paying rent in a nice 4-bed in Dundrum for less than €400. You’d be hard-pressed finding a wardrobe to rent at that price these days.”

Something that warms the cockles of the heart, however, is the appreciation that these women have for their place of birth after their time away. It’s nice to hear people expressing how lucky they feel; lucky because this is the place that they get to come home to.

Emily Conway, 31, returned to Dublin after 7 years working for a corporate travel company in New York. She continues to work for this company in Dublin, now as Operations Manager 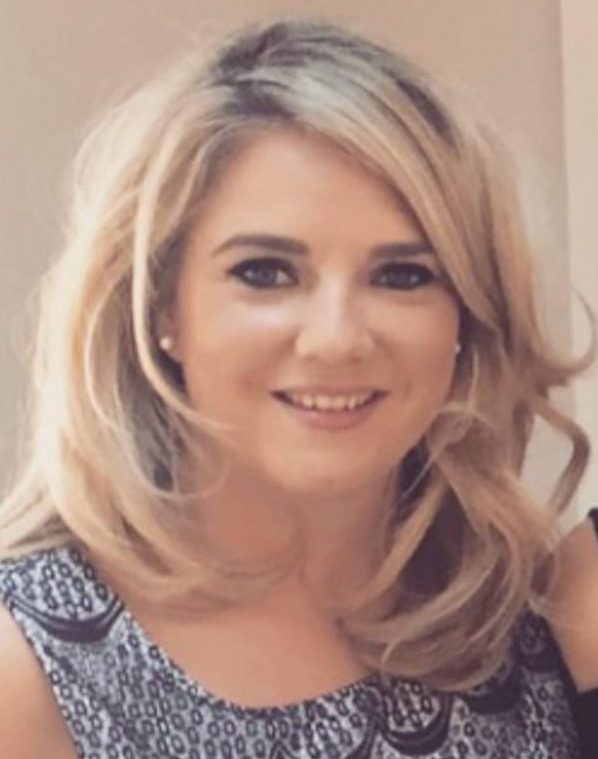 When I moved in 2010, the plan was to stay a year, that obviously didn’t happen as I ended up staying 7, but I always knew I would eventually end up back home in Dublin. It was definitely my family and friends that pulled me back to Dublin. New York is an incredible city, full of excitement and opportunity, but for me, Dublin was (and always will be) home.

When I left in 2010 the economy in Ireland was struggling, college graduates were finding it tough to get jobs, and many restaurants were half empty most nights, or closing down. Now Dublin is buzzing every night of the week. You can really feel the difference from 10 years ago.

I’ve started back playing golf which wasn’t really possible in NY and I am really enjoying it. I just love spending time with my family & friends again. While I do miss New York, I love being back in Ireland and one of my goals for this year is to explore it more, drive the ring of Kerry, visit The Giants Causeway etc. I’m also hoping to apply for a mortgage soon. According to any friends who have already gone through the process it’s all about patience!

Sorcha Richardson, 27, returned home to Dublin after spending 8 years studying and pursuing a career in music in New York. She is now writing and performing her music around Ireland. 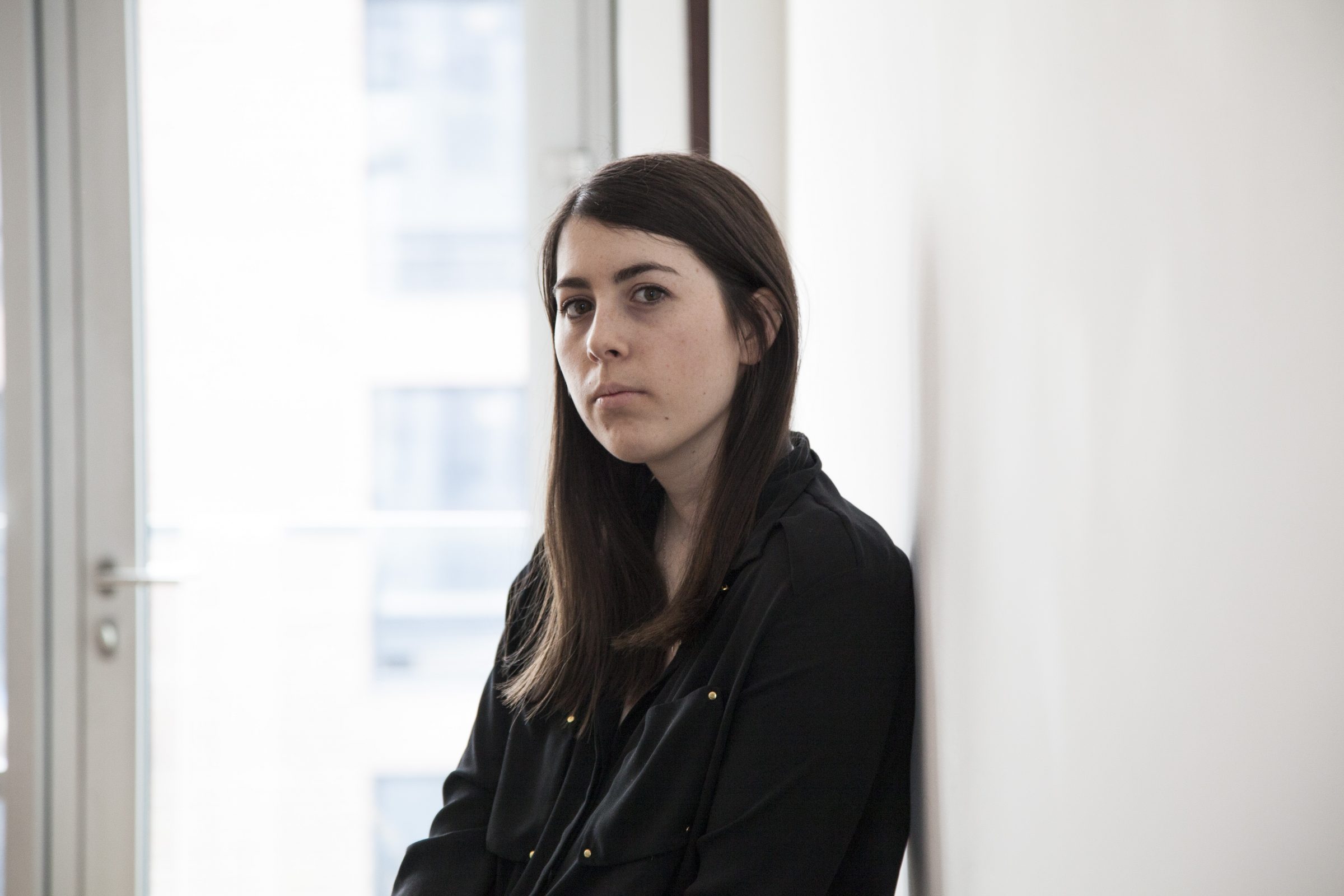 One thing I didn’t miss was how small Dublin can feel at times. It’s nice to have a sense of community, but the possibility of always bumping into someone you know made me feel a bit claustrophobic at times. I liked the anonymity of walking around New York and meeting people who I had no connection to at all.

It feels more diverse and a lot more open-minded. When I left, it felt like the only type of music that was getting any kind of recognition was guitar music but now there’s so much variety and I think a lot of it has to do with the fact that we’re culturally more diverse now than we used to be.

Moving to New York was the best thing I ever did and I always encourage my friends to leave Ireland and live abroad if they have the opportunity to do it. That being said, spending the last couple months here has made me realise that Ireland does have a lot to offer, and if I ended up back here permanently I think I’d be pretty happy. I feel really lucky that this is the place that I get to come home to.

Steph Lowe, 25, returned home to Enniskerry after spending 2 and a half years working in the sales dept of a Fintech company in London but has since been internally transferred to the Dublin office. 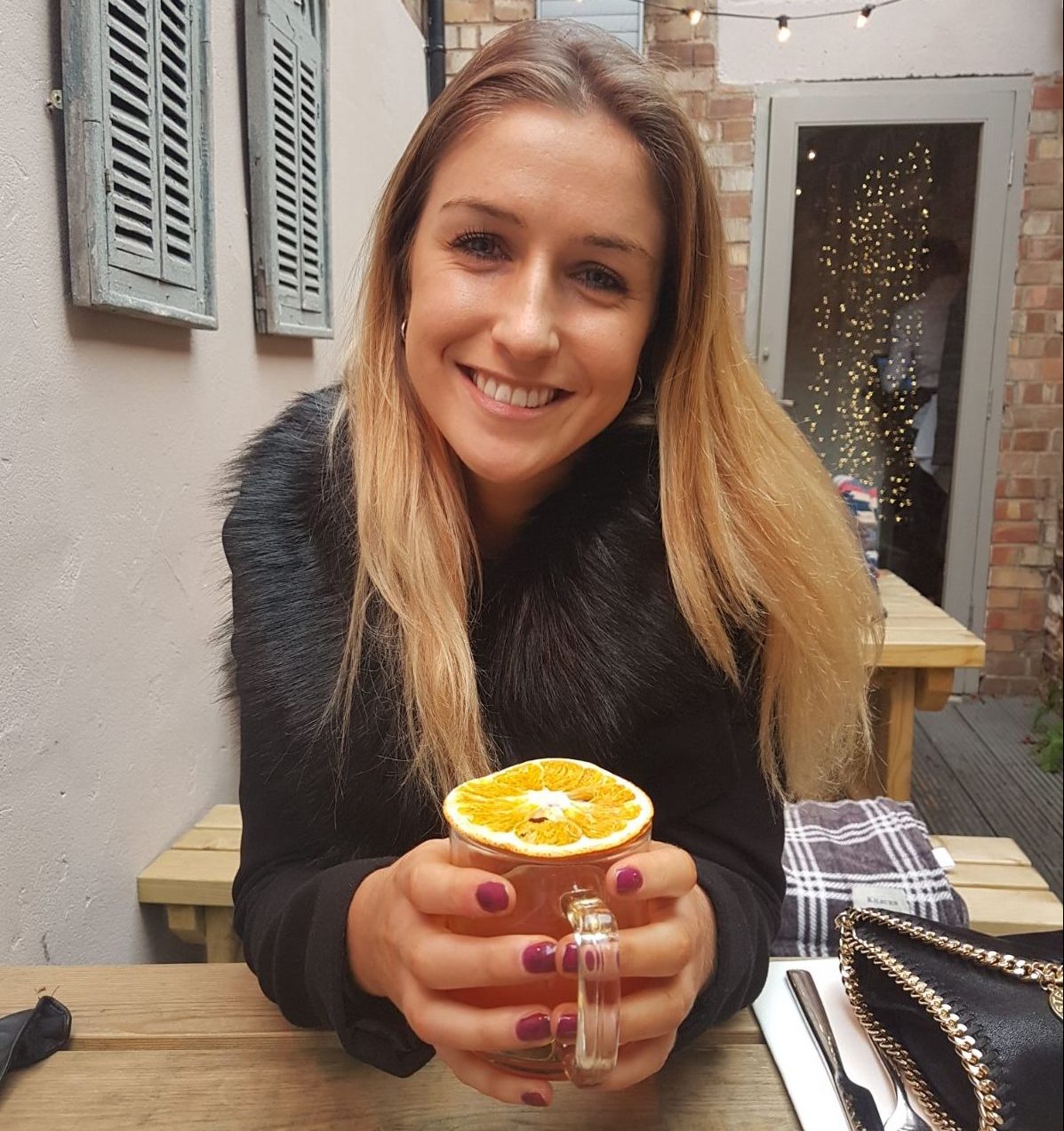 My family. I am the youngest of 5 and didn’t want to miss out any longer on what was going on at home especially with members of my family getting older, having kids, getting engaged etc. I was lucky that I could be transferred.

On Sundays I definitely missed being able to get out and go for a big walk/hike – London doesn’t offer you that opportunity like Dublin does.

We are really struggling to find a suitable apartment at the moment, I have viewed loads of apartments and none of them offer you what London can offer at the same price. I think we’ll have to lower our expectations to be in line with the Irish market. Everything is SO expensive.

Maeve-Ann, 29, returned to Inchicore, Dublin 8 having lived in London, New York, Bristol and the South West of France. Maeve-Ann is now working as a freelancer in Dublin’s creative sector. 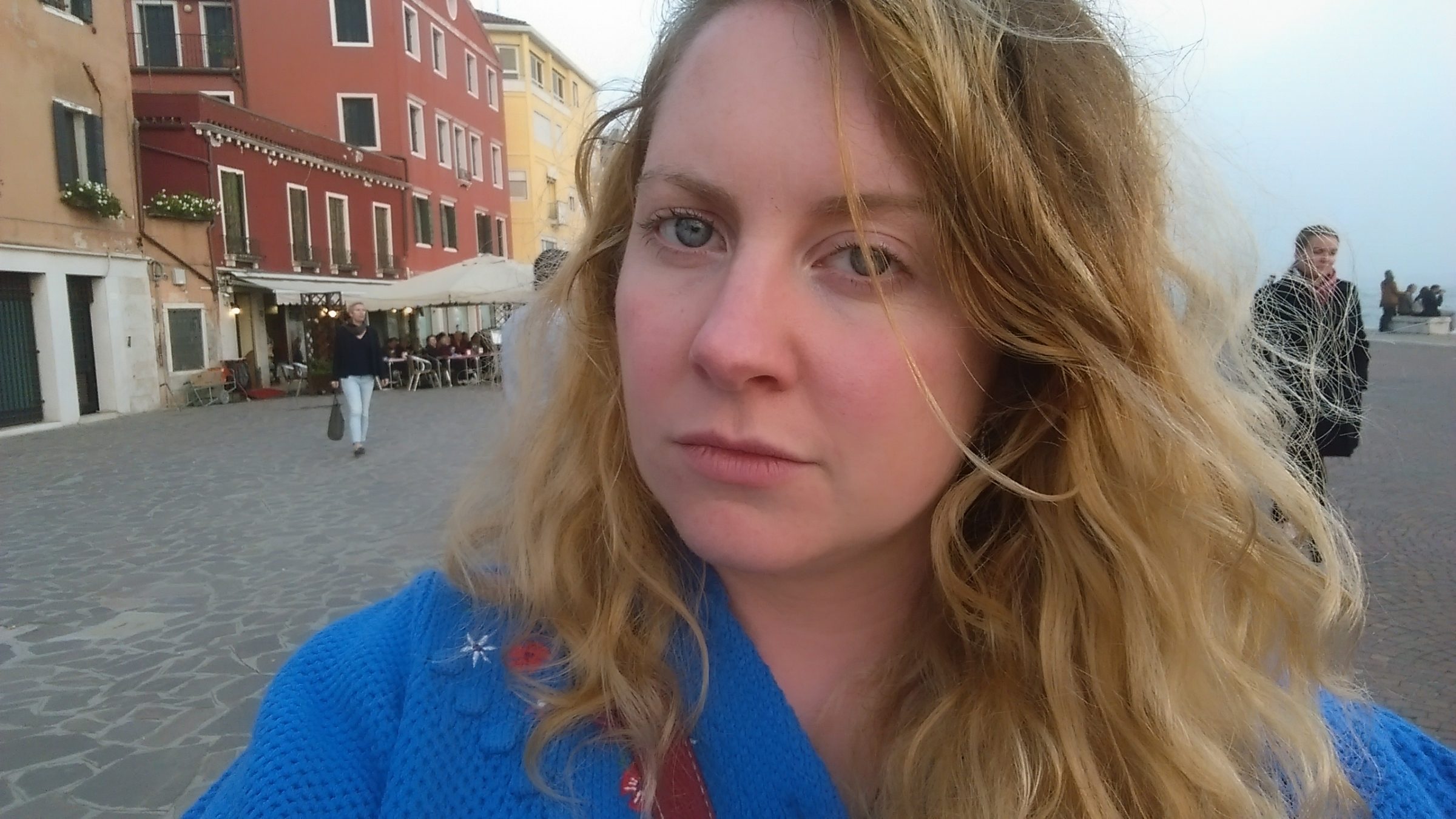 Housing here is difficult – you come back after leading an adult life abroad and end up living back with your parents because you can’t afford to move out. It’s a problem that the younger generation are really shouldering.

I think more of my friends live outside the country now than inside it – although the tide is just about starting to change now.

I am actually self-employed, but I have found a good amount of work with some really interesting, homegrown Irish companies, so in that sense, Ireland has been very good to me. Professionally I find Dublin a very exciting place to be at the moment!

Ruthie O’Neill, 30, returned home (to Templeogue) after two years working in business development for chemical technology company Origin Materials in Sacramento. She continues this role but remotely from her home in Dublin. 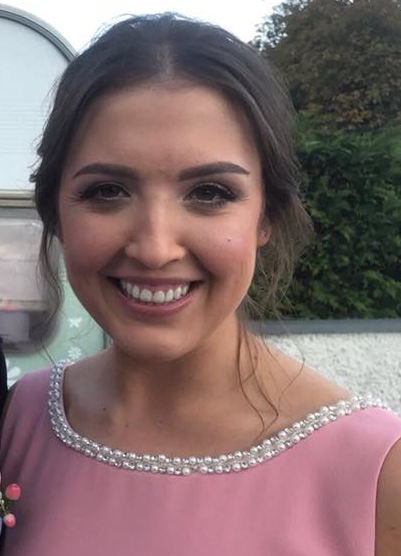 I missed my friends and family more than I expected I would. Being able to pop over to mammy’s for a cup of tea is something you realise you’ve taken for granted.

We had kept our eye on the market for a while before moving home so we knew what we were getting ourselves into. It would have been impossible for us to rent a place while saving for a deposit, so we were lucky to be able to move in with Derek’s parents. It took 10 months before we were in a position to apply for mortgage approval, and then another four months to secure a property – the bidding wars were a nightmare!

Louisa Ni Eideáin, 34, returned home to Dublin 8 (she is originally from Kildare) after spending nine years in Geneva and New York City. She is now working as a manager in a Dublin tech company. 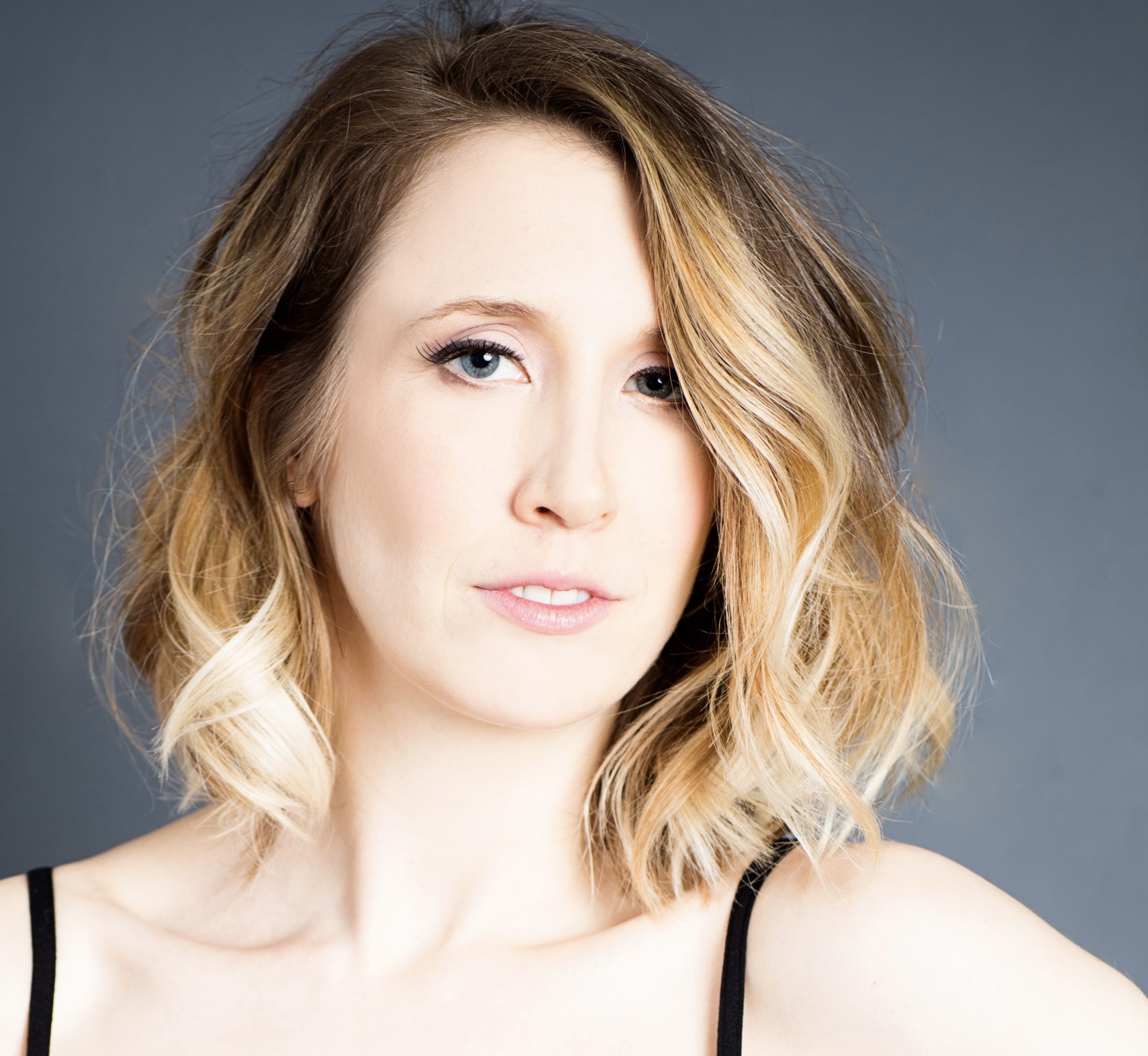 I had the offer of a great job here and my husband (who is from France) was very enthusiastic about a move to Ireland, albeit having never lived here before himself. The decision was complicated by the fact that I was heavily pregnant when we made the move (obviously we didn’t realise how the whole US anchor baby thing works).

I think Ireland has become more culturally open and diverse in the last ten years (there are also donut shops everywhere).

I spend most of my time working, hanging out with my baby and trying to write. I’m chipping away slowly on the latter, you can follow my progress on Instagram @writerstartingblock.

Rebecca Murray, 24, Returned to her home in Dublin after spending two years in New York working as an executive assistant in a Real Estate company. She now works for LinkedIn. 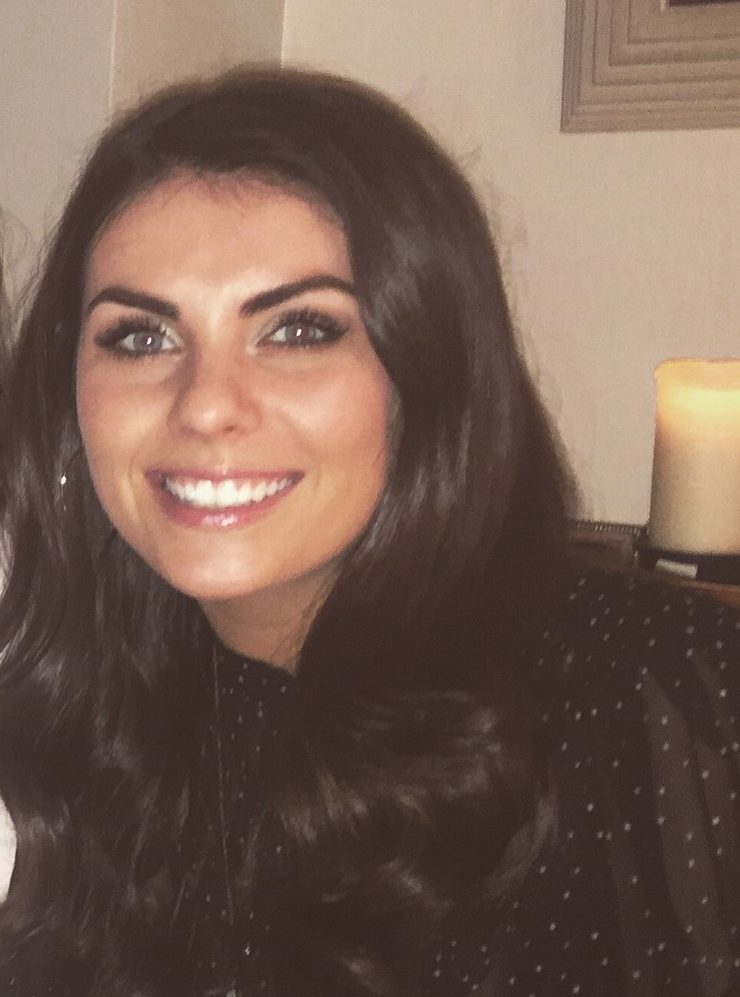 I graduated from Trinity in November 2015 (having studied BESS) and, after watching too many episodes of Million Dollar Listing’s TV, I set off to the Big Apple in pursuit of a career in real estate and thankfully got a job in one of New York’s leading commercial real estate companies. I was the executive assistant to the CEO, and while it wasn’t as glamorous as The Devil Wears Prada, it definitely involved the same hectic work ethic, late nights and challenging environment. It was an amazing experience though.

Yes, my boyfriend was already living in New York before I moved there and we did 2 years long distance. We both kept busy as we were in college so that made things easier, but thank God for iPhones and Facetime. It made doing long distance a lot easier.

There are definitely jobs out there, but I was very picky so it took a little longer than I had hoped. I did some temporary work in the meantime whilst I researched the roles I was hoping to get in to. I would highly recommend temporary work if you’re in the process of job searching and being at home is driving you crazy!