Body positivity and how it affects our everyday lives

Ellen Downes is a Transition Year student writing with IMAGE.ie. Here, she explains the importance of body positivity to her, and why spreading the love is as important as having it for yourself.

Hi my name is Ellen, I am in Transition year and I strongly believe in body positivity among women. The official definition of body positivity is “a social movement rooted in the belief that all human beings should have a positive body image, and be accepting of their own bodies as well as the bodies of others”.

To me, body positivity is about appreciating and being comfortable in your own body but, at the same time, taking care of it and keeping it healthy. It’s also important to remember that being body positive isn’t always about your own body; you also need to appreciate and accept other body shapes.

Body image and body positivity is an extremely important issue. Although there are some people who spread body positive messages on social media platforms, there are also a lot of negative comments. Body positivity is important to me, as many people I know, girls and boys alike, struggle with accepting their bodies. I often hear people I know complain of being “too fat”,“too skinny”, “too dark”, “too pale”, “too tall”, “too short” or simply that they don’t fit in. 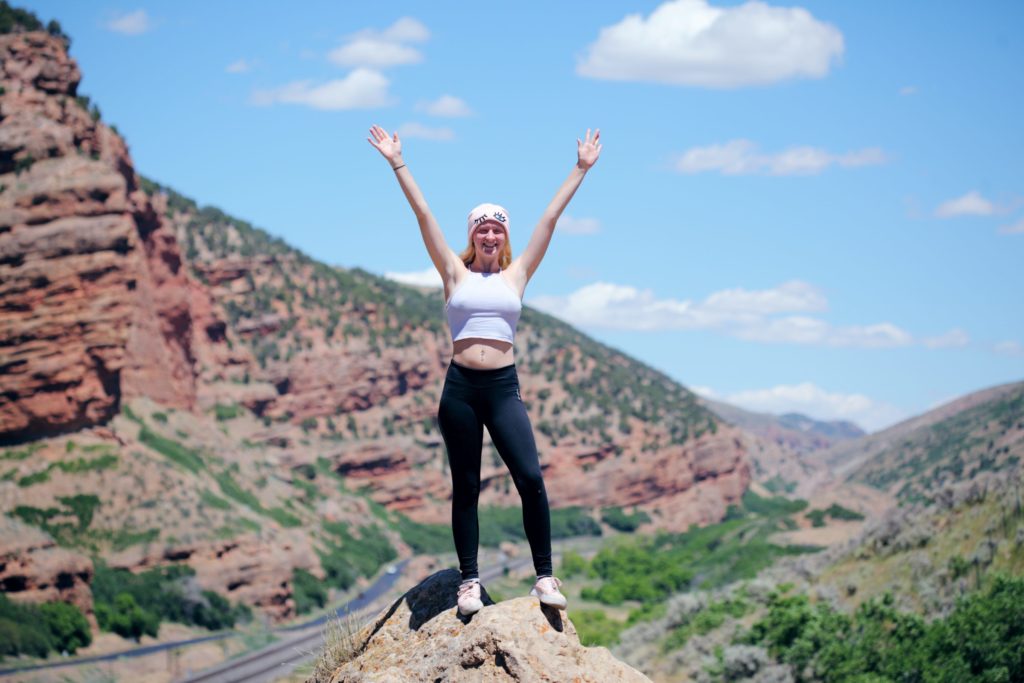 Social media platforms such as Instagram can have both negative and positive impacts on body positivity. Negatively, there are fitspo (fitness inspiration) Instagrammers and may others who claim the only way to be truly body-positive is to eat and work out until you look more or less excatly like them.

Companies such as FitTea and SugarBearHair are paying social influencers to advertise their products. Both of these companies are making money off people who want to be slimmer or have shiny hair because they are convinced that it’s an easy way to be “pretty”.

Some Instagrammers though, are spreading the message of body positivity to their extensive amount of followers. These people include @winnieharlow, @lenadunham and @ashleygraham. Winnie Harlow is a body positive advocate, model and America’s Next Top Model contestant. Harlow has vitiligo, a skin condition that causes patches of her skin to lose their pigment. After she took the modelling world by storm, she became an outspoken activist for body positivity in all its forms.

“The real difference isn’t my skin. It’s the fact that I don’t find my beauty in the opinions of others. I’m beautiful because I know it. Celebrate your unique beauty today (& everyday)!” These types of messages encourage people who struggle to like their bodies to start accepting themselves for who they are.

Lena Dunham is also a body positive advocate. She recently gained some weight and she now says that she is much happier and healthier. She’s raw and honest on her Instagram, especially about her struggles with endometriosis, in order to bring to the forefront issues of women’s rights and body confidence.

She helps women who are struggling to accept themselves, to practice self-love and that it’s ok if you aren’t a skinny Instagram supermodel. She says “I didn’t hate what I looked like- I hated the culture that was telling me to hate it.”

Ashley Graham is a plus-size model who, in 2016, was the first size 16 model on the cover of Sports Illustrated’s Swimsuit Issue. Ashley shows women all over the world that they are just as beautiful as everyone else. This doesn’t just apply to curvy women though, it applies to women of all different shapes and sizes. Graham also explains that you need to love yourself in order to succeed. “I remember thinking, ‘if I don’t love that woman that I look at in the mirror, I am never going to be successful.’ That was the moment I had to start convincing myself to look in the mirror and start saying, ‘I love you.”

To be body positive, you don’t just have to love yourself for who you are but you also have to appreciate others for who they are too. To be body positive on social media you need to have an awareness of the fact that everyone is different and has a different relationship with their own body. To start off you can post photos of yourself that you normally would hold back on. The only person that notices certain flaws, most of the time, is yourself. You could also follow some body positive accounts such as @bodyimagemovement and @effyourbeautystandards on Instagram.