Cillian Murphy: A Journey Through His Career

December saw Cillian Murphy as a 19th-century seafarer in one of the year’s biggest blockbusters, but he remains one of Ireland’s hardest working actors with a broad repertoire. Stephen Milton catches up with him in London to garner a little advice for those following his footsteps.

Just look at my face,? says Cillian Murphy quizzically. ?Do these features look like they’re built for romantic comedy?? The handsome square jawline certainly has it. So does that soft, sculpted cupid’s bow, while his pale complexion is sprinkled by a smattering of sweet, brown freckles. Undeniably, the actor has gifted potential as a Hollywood Murphy’s rom-com leading man.
But the eyes are the problem. Penetrating, glassy Medusa blues, like pools of intensity. Even in their relaxed form, they intimidate and daunt. Together with razor- sharp bone structure, Murphy has not so much ?bitchy resting face?, but more ?threatening resting face?. So the rom-com scripts never come.
?Which is fine because they’re not really my thing. I know many other actors have turned their hand to it later in life, like De Niro, so who knows? Maybe it could happen. But it would feel very alien to me. I don’t think I’m genetically built for a ?boy meets girl, laughter ensues?, but we’ll see.?
Instead, the striking Corkman has cultivated a lucrative A-list career playing reflective, brooding characters, often hovering over an ambiguous line between moral and malevolent.
From his blistering breakthrough in Danny Boyle’s pacy zombie thriller, 28 Days Later, the teacher’s son who grew up in the leafy suburb of Douglas has chosen his work and his creative cohorts with careful intent: Anthony Minghella’s Cold Mountain, aviation horror Red Eye, and a searing, flamboyant turn as transgender Kitten in
Breakfast on Pluto, earning a Golden Globe nomination. 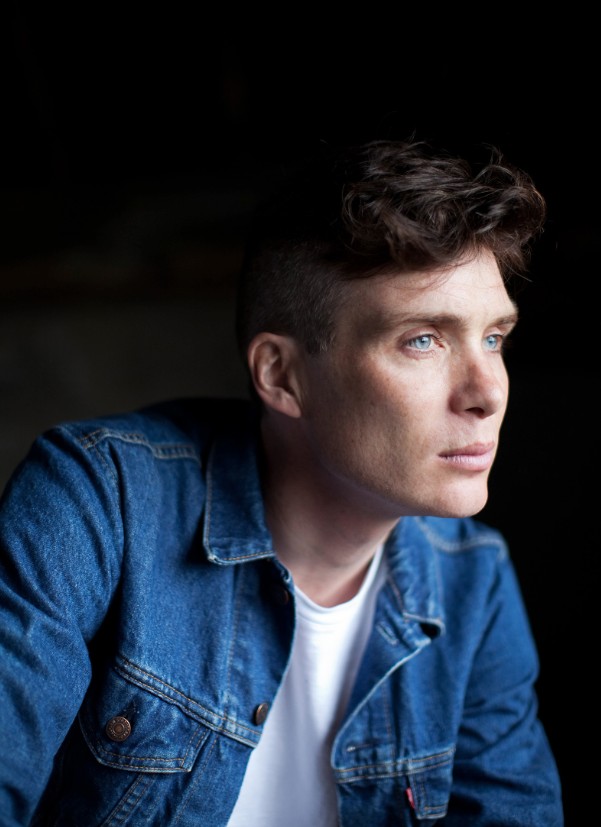 A close bond with Christopher Nolan led to four collaborations with the director, including mindbender Inception and the three Batman movies as frenzied bad guy, the Scarecrow.
Consequently, he auditioned for The Dark Knight himself, but lost out to Christian Bale and his sizeable pecs. ?My big defeat was an incapability to wear the Batsuit, and not have it swamp me.?
Broader in the flesh while clad in a dark shirt, rolled at the sleeves, Murphy is a bona-fide movie star who lives a distinctly un-movie star existence in West London with wife Yvonne McGuinness and their two sons, Malachy, ten, and eight-year-old Aran – both of whom have yet to indicate whether they’ll follow in their father’s footsteps. ?All a bit too early to tell,? remarks the actor brusquely.
A former musician, whose rock outfit, Sons of Mr Greengenes with younger brother Paidi, was once offered a five-album deal, the trappings of a glitzy lifestyle hold little appeal for the former UCC law dropout.
?If you act like a celebrity, you’re treated like a celebrity,? Cillian says with a crooked smirk. ?If you behave like an ordinary person, you’ll be treated like one.?
Granting his first and only Late Late interview five years ago, the 39-year-old has always measured fame and its superficial frivolity with deep disdain. Although he admits, his attitude is mellowing.
?Gratefully, there’s very little demand for me in that medium, and that’s probably a result of how I’ve operated over the years. There’s nothing intrusive or gossipy to ask, so I think people got bored pretty early on.
?Not to say it doesn’t happen ever, but I’m probably more sanguine about it now, better able to navigate. I understand that the film is a product and the product needs promotion for people to go and see it. I’m cognitive of that and I’m aware. But at 22, I was a lot more reluctant to co-operate.?
Mustering a muted chuckle while quickly glancing at his watch, he meets me in London to talk about his latest film, savage swashbuckler In the Heart of the Sea.
Based on Nathaniel Philbrick’s novel about real events in the 1800s, which inspired Moby-Dick, the film sees Murphy play a naval officer of the Essex whaleship, which is attacked by a ferocious bull whale who sinks the vessel and leaves the crew shipwrecked and facing death. 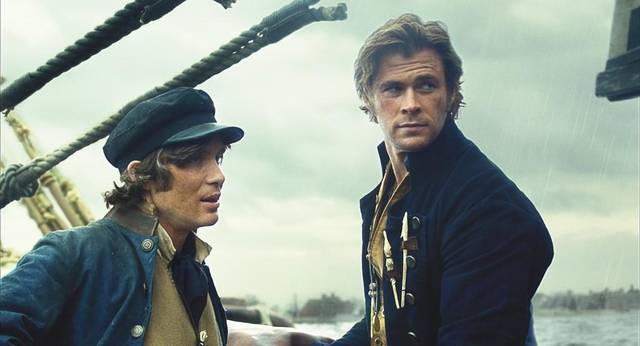 Shot in a stadium-sized, purpose-built water tank in Leavesden Studios outside London before relocating to the Canary Islands, the epic production was a test of endurance for Murphy and fellow cast members Chris Hemsworth, Tom Holland and Ben Whishaw. Although, not quite the torturous Titanic-esque odyssey he’d previously anticipated.
?I knew it wouldn’t be easy. I’d have people saying we’d be in the water 23 hours a day. Freezing, practically drowning. It wasn’t quite like that. We were certainly damp and wet a lot of the time – that wasn’t too pleasant, but it lent itself, by a fraction, to what these men went through.
?And the studio is so concerned with health and welfare, there’s no way anyone would be in any real danger. There was no real hardship.?
However, the real challenge came with depicting their struggle to survive after the attack, which called for a 500-calorie-a-day diet, resulting in a 20-pound weight loss for the 5?8? actor.
?It’s not something I’d like to repeat. You think about food all the time – dream about food. But it was bonding because we all had to go through it. Some had it harder than others, with their different dimensions. It wasn’t the ideal, but it had to be done.
?So for my next role, I’ll go fat. I’ve no problem gaining a bunch of weight. That’s a sacrifice I’ll happily make.?
While robbed of that corpulent delight with his next projects, WWII espionage thriller Anthropoid with Jamie Dornan and 1970s gangland drama Free Fire, not to forget an upcoming season of BBC’s gritty costumed saga Peaky Blinders, Murphy’s big screen success is a wondersome reflection of just how far he’s come, some 20 years after moving to Dublin to pursue his dream.
?There were points when I first moved up there from Cork, when I would think, ?Is it worth it? Can I keep going?? I thought of quitting. Many times. And right when I was at that brink, something would crop up; a job at the Gate or the Gaiety. Every time.
?I was very poor, but I had no responsibilities. And I think for anyone in the same situation, that’s what you have to remember. You need perseverance, you need determination. You need to wait out the bad times before the good. Because if it all happened overnight, it would be a bit strange, wouldn’t it …??

This interview was originally published in the January issue of IMAGE Magazine.