10 Alternative Celebrity Wedding Dresses We Want To Wear Ourselves

When it comes to wedding attire, some people are all about tradition – and that’s fine. Tradition can be beautiful and sentimental but if it’s not your thing, you can re-work the rules, particularly when it comes to your dress. Sometimes, going down the non-traditional route is what elevates the gown to unforgettable and a case in point, is the 10 below celebrity dresses that we’re still talking?about.

Special ‘Sundays’ News-Edition: Part 1 – Civil Wedding, we did it!! #justMarried my beautiful bride ??! More on www.oliviapalermo.com

Palermo’s stunning Carolina Herrera ensemble – crew-neck jumper, shorts and an embroidered tulle overlay – was an understated choice but looks so, so chic.

Her custom high-low wedding dress she co-designed with?Ashis Studio is out-of-this-world amazing and those?floral wedding shoes by Paul Andrews are simply to die for.

This Humberto Leon for Kenzo caped number is beyond beautiful – it feels very traditional but the cape adds another element to it.

Model and socialite Delevingne (Yes, big sister of Cara), wore custom Emilio Pucci by Peter Dundas for her second wedding. We love everything about this floral peplum gown.

Knightley’s short, ballerina-esque Chanel Haute Couture dress has been re-worn?on a few different red carpet outings since her 2013 nuptials – and we can see why.

Model and actress Hearst chose a pink ombr? Christian Siriano gown with a high-low hem for her 2016 wedding to comedian and TV host Chris Hardwick.

A post shared by Dave Robbins Photography (@daverobbinsphotography) on Jul 29, 2014 at 10:00am PDT

Her outfit was black, low-key and the whole wedding apparently only cost less than $150. 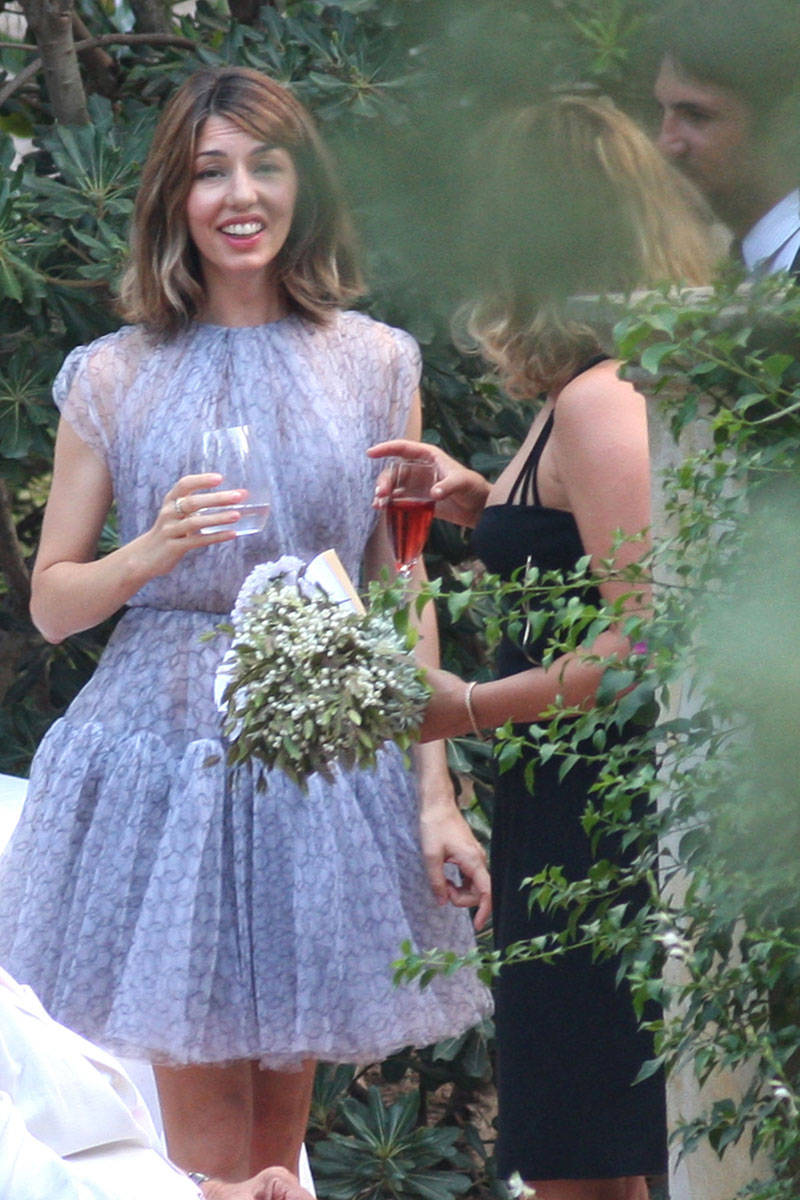 Coppola wears a violet Azzedine Ala?a dress and is a reminder that short and chic make for the best wedding outfits.

This former?Glee‘star tied the knot with Mumford and Sons? Winston Marshall in an off-the-runway nude Valentino gown and delicate crown.