Poor WiFi signal driving you nuts? Google has launched Nest WiFi system, and it’s as beautiful as it is useful

Google’s new mesh Nest Wifi system has just been released, it’s designed to increase your WiFi speed and give you better coverage, all in two sleekly designed units.

We’ve all been there over the last few weeks. You’re watching a show (if you’re me or anyone else I know, it’s probably Normal People) and just as you get into a scene, it stutters and freezes. Or worse, a notification pops up to say your WiFi is insufficient.

Now  you’ll either have to play internet tag with your housemate and wait until they’re off their video conference call, or delve behind the sofa or under the stairs to reboot the router.

The team at Google Nest are only too familiar with these issues. “We wanted to make a WiFi router that you could take out of the closet and have it beside your bedside table,” says Katie Morgenroth, the design manager for Google Nest, “so it needed to be beautiful enough.” Creating a powerful WiFi system within a simple, sleek object also means it can be left contentedly in the open where it will work better. 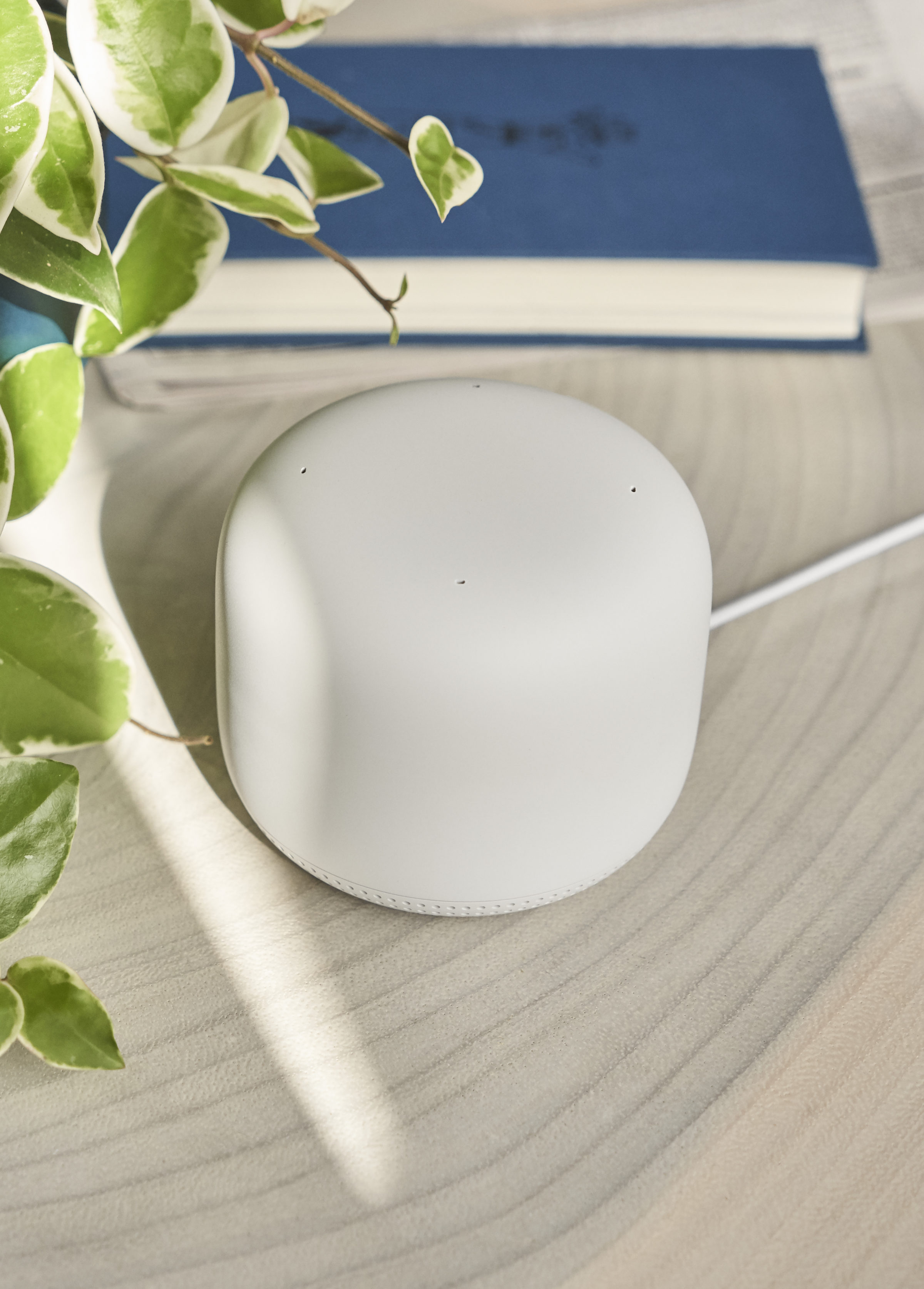 Available in Ireland from May 6, Google Nest Wifi pack starts at €259 and includes a router, which plugs directly into your modem, and a point, which acts as a WiFi extender as well as a Google Assistant speaker. However, just as much thought was put into its design as its ingenious functionality. As well as doubling your internet speed and giving 25% better coverage around the house, the Google Nest team put careful thought into how the design would fit into the home.

Beginning with simple, curved ceramic shapes as their inspiration, they played with size, colour and texture, ensuring the point and hub could blend in seamlessly on a shelf or table. “If it was even 10 or 15% bigger, it would feel a bit imposing on a bookshelf,” says Katie. “We knew it had to be simple, approachable, discreet and humble.” She gives the example of a small coffee cup or bowl, and how the curvature of ceramics really helped shape the design of the Nest WiFi units. 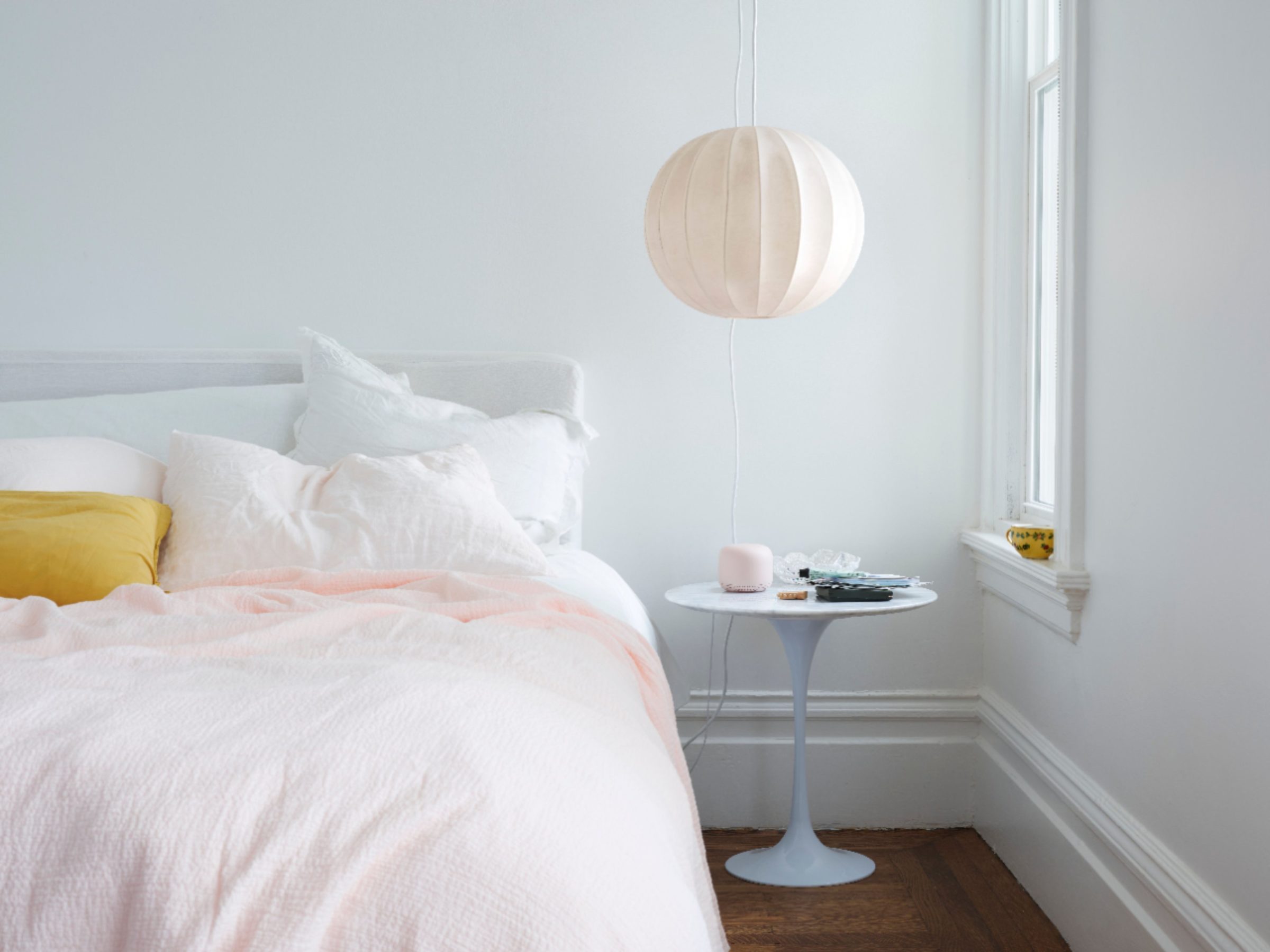 The casing of both the router and the point are made from 100% recycled plastic and come in three colour ways, all designed to sit comfortably amongst the other objects in your home. The router is slightly larger than the point but both are similar in shape, pebble-like in the way they seem to float on a countertop or shelf. The point has a privacy switch at the back to turn off the mic of the Google Assistant, while the tucked away speaker on the underside packs plenty of punch into the compact size.

It’s ideal for large, open-plan houses where someone might be watching TV on a laptop in the kitchen while someone else is working in the office. You can amp up your WiFi, get yourself a smart speaker and stop crawling into the dusty crawl space to reboot your router in one fell swoop.

Read more: Stressed and sore from too much time at the computer? These 11 tips will help

Read more: Does the idea of a voice-controlled ‘smart’ home excite or terrify you?

Read more: 8 genius home gadgets that we wish we had invented