Is there something about Mary? Sinn Féin and the hidden female vote 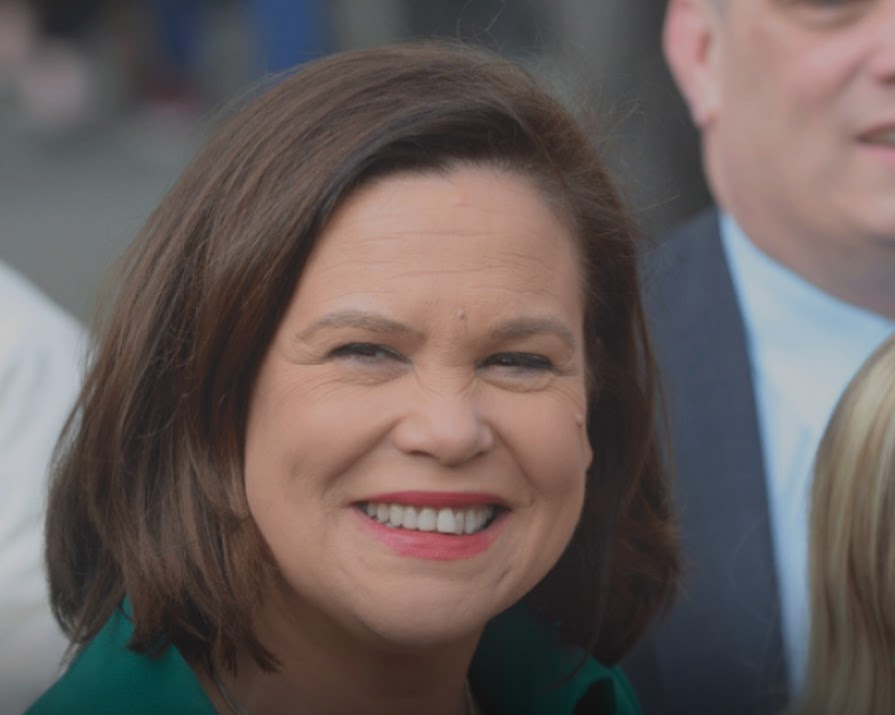 It is safe to say that the political landscape hasn’t shifted much in over 40 years. But this might be the General Election that turns things on its head. Could Mary Lou be Sinn Féin’s secret sauce? Amanda Cassidy reports.

‘Sinn-Féin curious’ — that’s the description many are now attributing to younger, more sentimental voters; those looking for an alternative to the governments that brought them inconceivably high rents, hospital delays and buckets of austerity.

As we face into the final week of election 2020, it seems that those who have never traditionally voted for the party are now being increasingly enchanted by the no-nonsense approach which allowed leader Mary Lou McDonald to rise to the top of her party.

“I’m not a Sinn Féin person,” points out one Twitter user. “But the politics aside, I think Mary Lou has been unbelievable during this campaign. You can tell her words are not coming from advisors on six-figure salaries. Her words are just common sense, sorely lacking from the front bench.”

And that, in a nutshell, is part of the reason for the surge in popularity among young women for the party. Voter Gemma Sherlock agrees, “Mary Lou is the only one who I feel I can actually believe when she speaks,” she tweeted during the week.

We spoke to Councillor Janice Boylan about this shift in political dynamics among young female voters.

“Young women are identifying strongly with Mary Lou and how she is portraying our party and our policies,” the North West Inner-city Councillor explains. “They are looking at our policies and liking what they are reading. I have spoken to young women across my area and they are telling me things like ‘she just gets it’ and ‘she has our backs’.”

The party is also hitting the right note on social media, according to the most recent statistics. On Thursday, their share of voice on social media (compared to other political parties) was up at 55 percent — not bad for a party many describe as having to punch above its own weight in the current General Election. 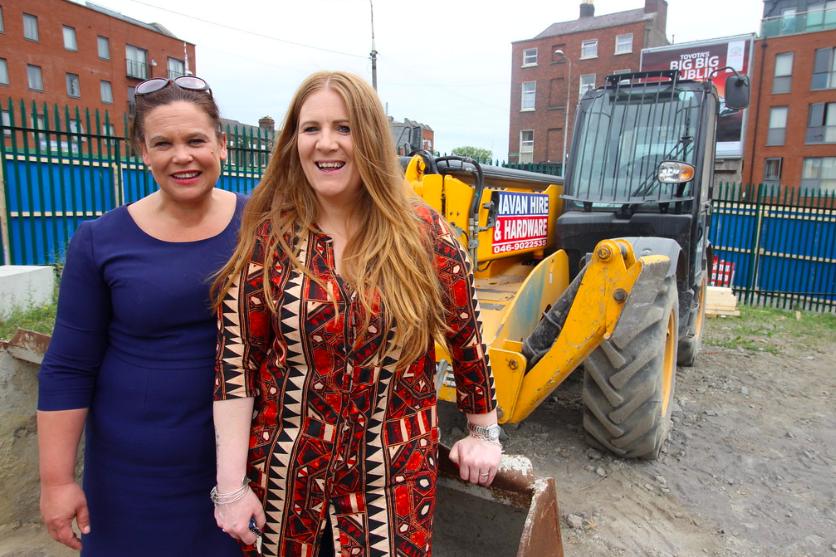 Boylan agrees: “The best one I’ve heard repeatedly from people is that ‘she is well able for Leo and Michael’.”

On the doorsteps, there are similar sentiments. “I was fortunate to canvas with Mary Lou a couple of times and she struck me as very pragmatic,” one Sinn Féin youth activist tells us. “She was telling people on the doorstep that they need to create change themselves and that politicians can only do so much. It was refreshing to hear.”

“Young women I speak to who are voting for Sinn Féin cite their admiration for Mary Lou McDonald,” she wrote in her political opinion piece. “[And] her ability to rise above the noise and political pettiness and communicate directly in the media (when she’s invited), and Sinn Féin’s ground game during the Repeal movement.”

But it isn’t just the party leader that is causing this new introspection among younger voters.

The landscape has changed, times have moved on. Nobody now mentions the North, the IRA or Gerry Adams. The party has diversified beyond republicanism. The youth minds are focused on a new identity — a neo-patriotism where the Irish language is being cherished and where Brexit politics helped us to embrace our green roots like never before.

Sinn Féin jumped at the chance to stand for those ready to find their own identity values reflected back via Irish politics.

But that doesn’t mean they will be successful on the ballot paper.

Insults about the party’s past still wrangle, and many are now asking if breaking the cycle of the FF/FG government is enough of a reason to vote for a party that promises to rock the establishment.

Their manifesto is designed to do this with radical proposals aiming to set itself apart from Fine Gael and Fianna Fail. It proposes raising government spending by €22 billion over the next five years.

On income tax, Sinn Féin proposes to abolish the Universal Social Charge on the first €30,000 of earnings – which would benefit all employees but mostly to the lower paid.

It also wants to abolish the local property tax which it says is unfair. Mary Lou also outlined the party’s intention to introduce a wealth tax on assets worth more than €1 million.

Tribal politics is on its last legs.

The Red C poll published last week revealed high levels of trust among under 35s that Sinn Féin’s policies can solve the housing crisis – the party’s spokesman Eoin Ó Broin is seen as one of its strongest debaters on the issue.

Turning the status quo on its head has echos of the 2016 US elections — the desire for change overriding what that change actually meant. In that case, it was those who were overlooked by the political system that drove the change.

Here, young people are drivers of that social change — those who don’t have the same political loyalty that was based on what type of political family you came from. Tribal politics is on its last legs.

Now, it is about the actual issues, what matters to voters and how their own life is going to pan out. Councillor Janice Boylan says the Sinn Féin leader has the ability to engage. “Young women trust her because we stood with them during things like the Repeal campaign. Mary Lou played a big role in that campaign. That’s what is bringing young women to us.”

That, and the opposition still sticking to the same old sauce. As Mullally puts it, “Fianna Fáil and Fine Gael are playing 20th-century politics with a 21st-century electorate.”

But for now, Sinn Féin has the power of the underdog, coupled with a dogged leader appealing to the pragmatic streak that women oft appreciate.

The current narrative is of a strong, wily woman well able to hold her ground against shouty men vying for attention with same-old-same-old politics.

Radicalism has always been Sinn Féin’s raison d’etre. This time it is a new kind of radicalism, and it is proving to be a much more attractive type of radicalism than in the past.