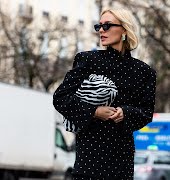 ‘I need to go on an extreme diet so I can look like the other...

You’ll need your winter woollies this week as Met Éireann predicts a mixture of hail, snow and thunder across the country

You may have already noticed that it’s wickedly cold today. The ‘feels like’ temperature on our phone’s weather app was at -2 Celsius this morning and everyone’s walking around the office with hot water bottles. Not only that, but Met Éireann says we can expect hail, snow and thunder.

According to forecasters, there will be widespread wintry showers early tonight with, “the continued risk of hail and thunder”. There will also be further snowfall in places (some counties, including Galway and Sligo, saw snowfall last night) with many of these showers landing on high ground. The west of the country will be most affected by this cold spell, with showers becoming more isolated in the east later tonight.

As expected, tonight and tomorrow morning will be cold and frosty, with forecasters warning of potential ice and snow on the roads. Minimum temperatures will range between -2 to +2 degrees, with fresh southwest to west breezes.

Tuesday will be much the same; starting off frosty with icy stretches on untreated surfaces. “There will be a mix of sunshine and scattered wintry showers,” Met Éireann says, adding that showers of hail will be frequent over the western half of the country, with the risk of thunder too.

While Tuesday’s highest temperatures range from 4 to 7 degrees, the ‘feels like’ temperature will be significantly lower as a result of fresh and gusty westerly winds. These winds will be strongest along Atlantic coasts.

Heavy or prolonged wintry showers over Munster, Connacht and west Ulster, will spread eastwards to all areas this afternoon and early evening with a risk of hail and thunder. Highest temperatures of 3 to 6 degrees with moderate to fresh south to southwest winds. pic.twitter.com/NjNI6NBltO

As driving conditions can change with the weather, AA Roadwatch has shared advice for motorists.

If there is ice (or frost), it’s recommended you give yourself plenty of extra time to de-ice the car and allow the windows to clear. Remember that stopping distances are 10 times longer in ice and snow, and gentle manoeuvres are the key to safe driving.

When climbing a hill, they recommend you avoid having to stop on the hill. Do this by waiting until the hill is clear of other cars, or by leaving plenty of room between you and the car in front. “Try to maintain a constant speed, choosing the most suitable gear well in advance to avoid having to change down on the hill,” they advise.

Then, when driving downhill, reduce your speed before the hill, use a low gear and try to avoid using the brakes. Leave as much room as possible between you and the car in front.

Remember to always apply your brakes gently, and if your car skids, always release the breaks and de-clutch.

Read more: What is the Coronavirus and what are its symptoms?

Beast from the East 2? Significant snowfall predicted for most of the country this week