Melania Trump has told a television interviewer that she could be “the most bullied person” in the world.

The US first lady remarked during a television interview in which she promoted her Be Best initiatives, which take on online bullying.

“I could say I’m the most bullied person in the world,” Melania Trump said in the interview segment that aired Thursday on Good Morning America. She then attempted to soften her remarks: “Or one of them. If you see what people say about me online.”

Her comments, while linked to a campaign to tackle bullying online, sound frightfully misplaced considering her husband Donald Trump, the President of the United States, routinely partakes in what many critics would say is online bullying himself and frequently using his Twitter account to do so. He is known for his brutish behaviour; his scathing comments and complete disrespect for women (many of whom he has allegedly bullied and in some cases, done much worse), yet his wife, fails to mention any of this. How, we can’t help but wonder. And why?

First Lady Melania Trump says she’s “the most bullied person in the world”.

She made the comments as she spoke about her online anti-bullying campaign.

Trump continued by saying her Be Best campaign is focusing on social media and online behaviour in part because of “what people are saying about me.”

“We need to educate the children of social emotional behaviour so when they grow up … they know how to deal with those issues,” she said.

Trump’s time as first lady has been fraught with controversy; she isn’t known for her tact when it comes to being a such a high-profile public representative, and trying to deal with, for example, an administration policy – set up by her husband – that caused heartache for hundreds of families as their children were torn from them. 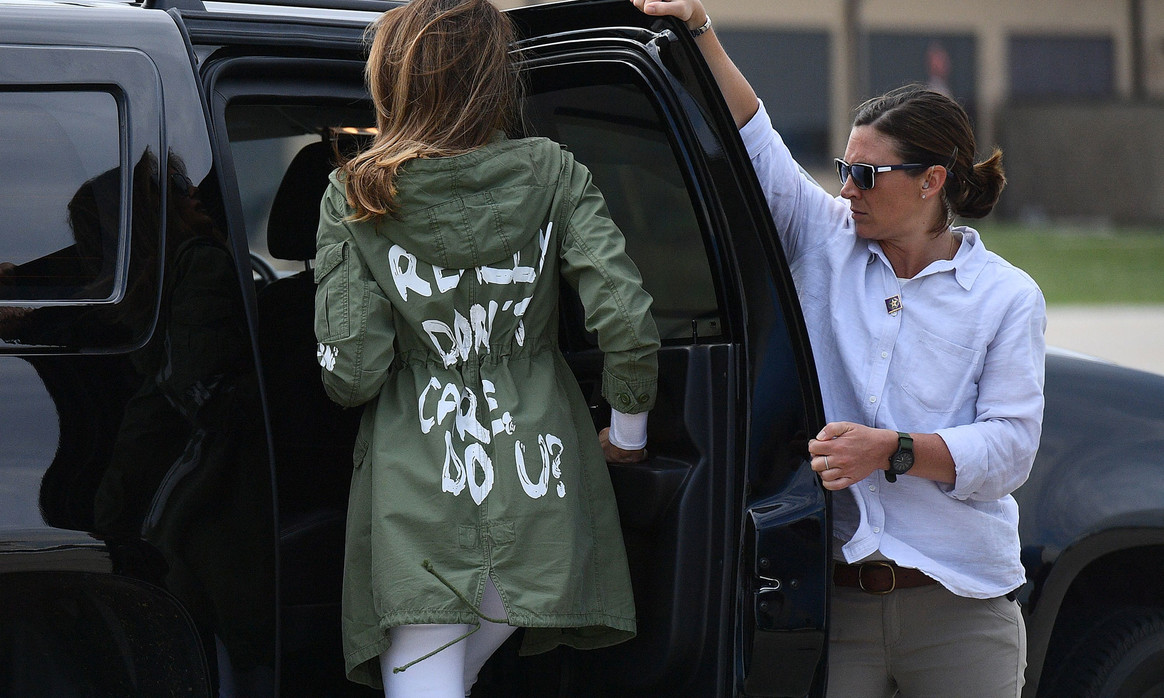 In the wake of the recent Trump administration’s immigration policy, which saw children being torn from their families and held in detention centres on their own, Trump decided she would wear a khaki Zara jacket, emblazoned with a slogan on the back, in graffiti-style writing: “I really don’t care, do u?” to visit one such centre.

It didn’t gain her any fans, and nor will her latest comments. She is regarded as an enigma by many; toeing the party line, speaking only when she has to, staying on the sidelines. If her sartorial choices indicate that she doesn’t seem to give a damn about much – then all her latest comments do is, unfortunately, suggest the main thing she does give a damn about is herself. Melania Trump is not her husband, but she’s not a whole lot better.