Life as an emergency nurse: ‘I’m their nurse, but I’m also their mammy, their counsellor, their friend’

As the nursing strike continues to hit the headlines, Amanda Cassidy reports from the picket line at Beaumont hospital.

“Doing CPR and getting a pulse. Being able to get an elderly patient settled back at home with support. Referring an addict to treatment. Helping a family come to terms with loss”. Moira Wynne lists the best parts of being a nurse. She has been an Emergency Medicine nurse at Beaumont Hospital in Dublin for over 10 years. She studied in DCU and went on to earn a post-graduate diploma and a Masters degree in Emergency Nursing. She says she made sure she educated herself to the highest level in order to offer patients the highest level of care. However, as she explains to us, constantly doing the work of more than one person means you are often running short.

“I’m on duty from 8am. We are assigned to different nursing sections here at Beaumont, the Resus room; where some of the patients are the sickest; the Triage area where we assess patients and decide how quickly they need treatment; and then there are the In-patients on the wards. I usually start my day looking after the 170 to 210 patients that present to the Emergency Department over any 24 hour period. I have between 5 and 15 minutes to decide how soon they need to be seen by the doctors. I usually check vital signs, assess whatever injury or illness they are presenting with. If they have chest pains, I might order an ECG, but they might only have a bad cough. It is a pressurised environment because you are making that call at the very beginning. It is ok in the mornings but once GP surgeries open, it gets a lot busier. We get 15 minutes morning break, but on a busy morning you wouldn’t get it at all.” 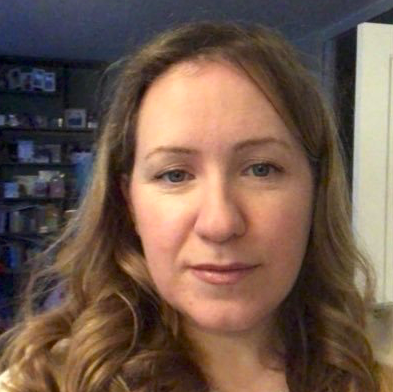 “We have a lot of elderly patients who arrive very unwell; those who should have probably called an ambulance but waited all day for their son or daughter to return home because they are of that generation that wouldn’t dream of calling an ambulance themselves. I find those cases the hardest because you are also experiencing the family effects of illness and the pressure other members of the family feel to help despite having their own time constraints. These are the cases where I try to offer the most reassurance.

No one wants to be here. People are feeling their worst and I want to help them feel better.  I’m their nurse, but I’m also their mammy, their counsellor and their friend.

I  put on my mammy-voice and scold the younger ones for going off on their own and getting hurt or I sit with a patient who might be depressed. We have an amazing FITT team (Frailty Intervention Therapy Team) here at Beaumont which consists of nurses, physios and social workers who work in tandem to try to allow older patients to get back home to their familiar surroundings with the support of the hospital. When we are successful in these endeavours, it is so worthwhile. It is in these moments that I feel proudest to call myself a nurse. 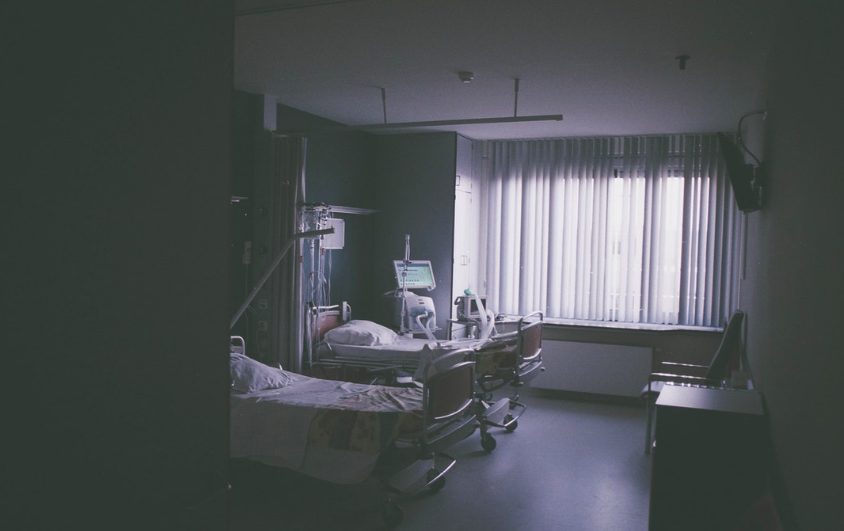 We take half an hour for lunch depending on the workload. You might not get it until about 3pm. We work 13-hour shifts and get paid for 12.  I enjoy my time with admitted patients because you get to know them a little better, find out if they have support at home and I always find time to drop in on them – especially those who seem more alone. The hardest part of my day is the number of patients and having to move them about to make room for others. That’s hard on them. We have been promised a new emergency department here at Beaumont for years. It was built back when the catchment area was a lot smaller. People have asked if the strike is more about the conditions or the pay and I’d have to say the conditions.”

“Not only is that hard on the nurses, but it is also hugely disrespectful to the patients who deserve the best care they can get.”

Caring for the carers

Nurses like Moira are overworked and underpaid. The Government has refused to cough up for a 12% pay increase because it says it would cost 300 million which is unaffordable due to Brexit and economic uncertainty. The nursing union says it will continue to strike until an agreement can be reached. Despite 80,000 patients potentially having appointments cancelled, there is overwhelming support for nurses and midwives.

“I’ve been so astonished at the level of support for the nurses in the past few weeks. In fact, it makes me want to cry. There was a charity that usually provides food for the homeless, they are called A Lending Hand. They came down to the picket line with vegetable curry for the nurses and told us they would see us on Thursday for shepherd’s pie! People have been absolutely amazing. We are lucky in that we are really part of the community here at Beaumont because we are sandwiched between two housing estates.

There is nobody who hasn’t had experience with the healthcare system here. I think people see what we see – and understand why we are standing up to it. 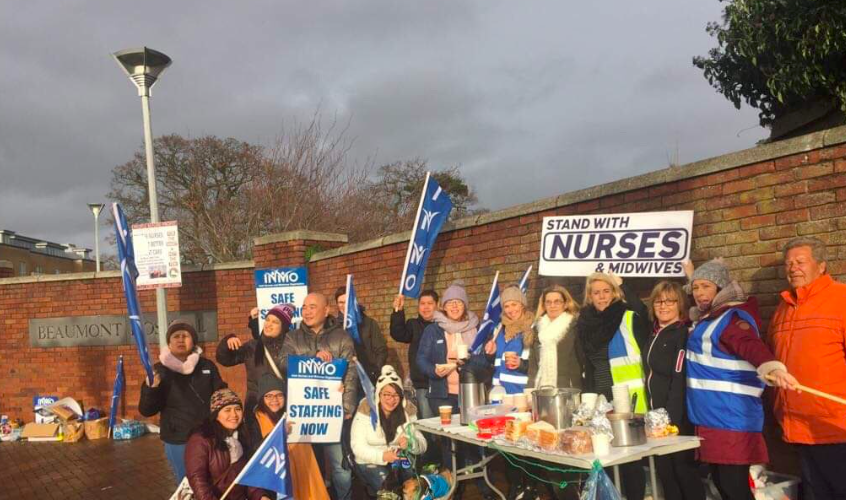 “The whole thing is so sad, really. If the pay is better people will come home. I know loads of my nursing friends who have gone to Australia and the Middle East. They’ve seen how staff should be treated. They have been given the opportunities to advance their career and they are not coming back. More importantly, they’ve seen how patients are treated with proper staffing ratios and community care available.

How could you come back to such a dysfunctional system? Then imagine trying to rent.

I had one friend who went to Australia after working in Ireland but who wanted to raise her family back here so she returned and tried to nurse here. In the end, she left nursing altogether. She said she just couldn’t do it. She had hugely upskilled abroad and now wasn’t able to use her skills here because the healthcare system was so challenging to work in.

I want to tell Simon Harris this;  Nobody wants to be outside a hospital on a picket line. You are going to have to think outside the box to resolve this. It is disrespectful and insulting to pretend that we don’t exist. I’ve worked hard to make sure I’m professional, educated and doing my job well. It is time to do yours –  not only for our sake but for the sake of Irish patients.”

Motherhood and murder: The mystery of the Kerry babies scandal and why it’s back in the news