This Killester terrace house (with a unique extension) is for sale for €450,000

This Killester terrace house is full of surprises, courtesy of a David Leech extension that proves that good design can fit neatly within a small budget. 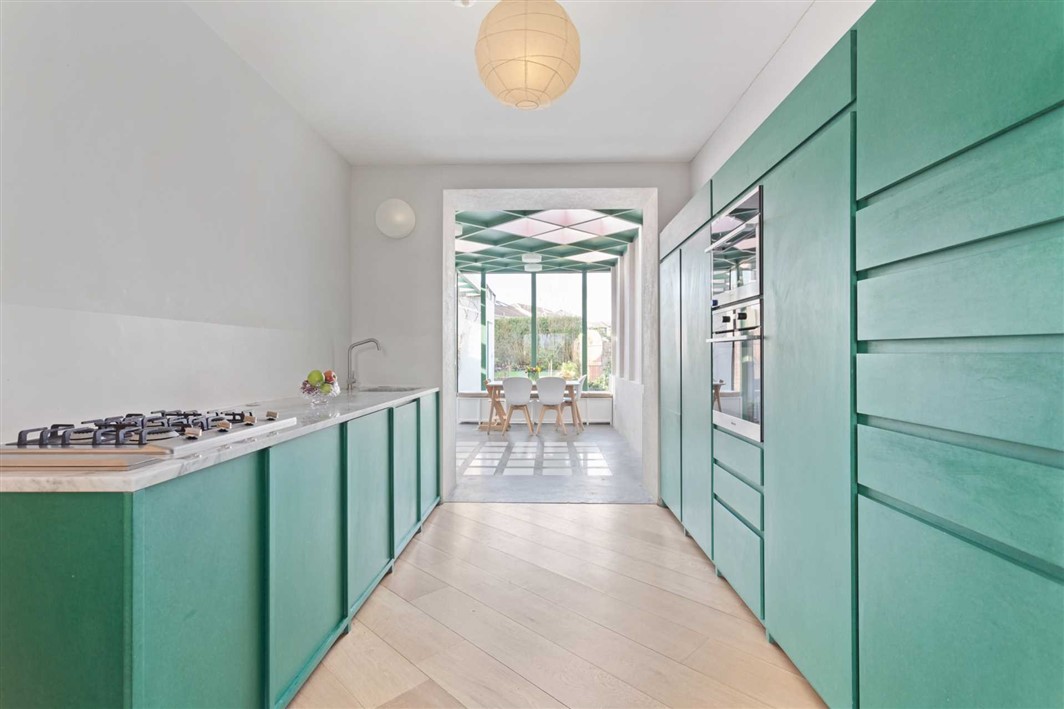 Now, the house is has just gone sale agreed for €450,000 and we thought it might be time to revisit it. The three-bedroomed terrace house is relatively small at just 103 square metres but what it lacks in space it more than makes up for in style, helped in no small way by the unusual and playful extension and kitchen renovation that was added in 2016. 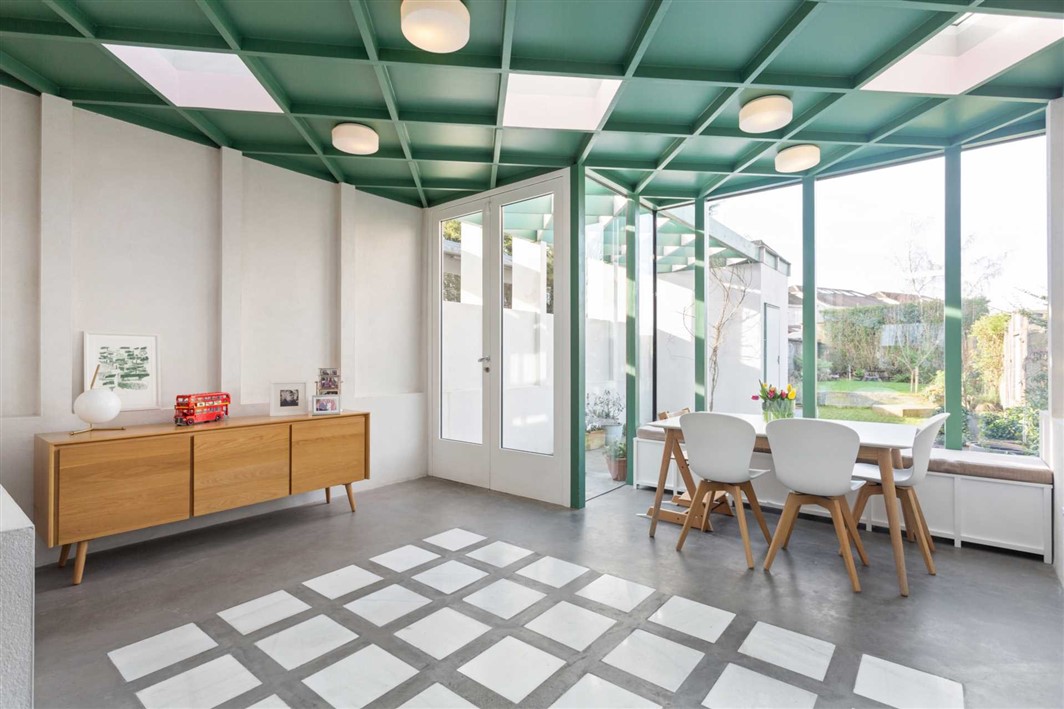 Driven by a desire to keep costs as low as possible, architect David Leech’s design uses standard materials throughout, but assembled in a way that is out of the ordinary. “As they initially wanted a conservatory, we decided to create something like an orangery in a typical Edwardian house,” he says.

Relief was added to the standard cavity walls by laying blocks on their flat side up to create a dado height protrusion, and then additional block work creates the appearance of posts continuing up to the ceiling, forming a kind of contemporary ornamentation. 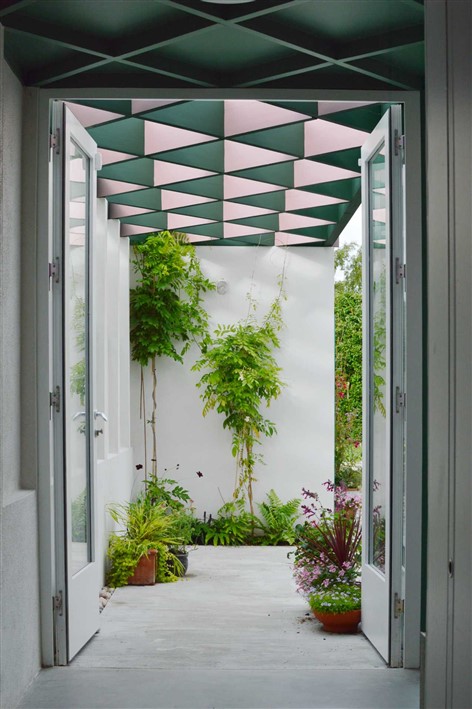 Similarly, the ceiling design elevates ordinary building materials. David explains that he chose to use standard timber joists, but left exposed rather than concealed with plasterboard.

Then, instead of laying them at what would be the usual 90 degrees to the wall, “we decided to lay them at 45, so they would give the room a quality of being made from beams like a conservatory rather than a solid surface”. 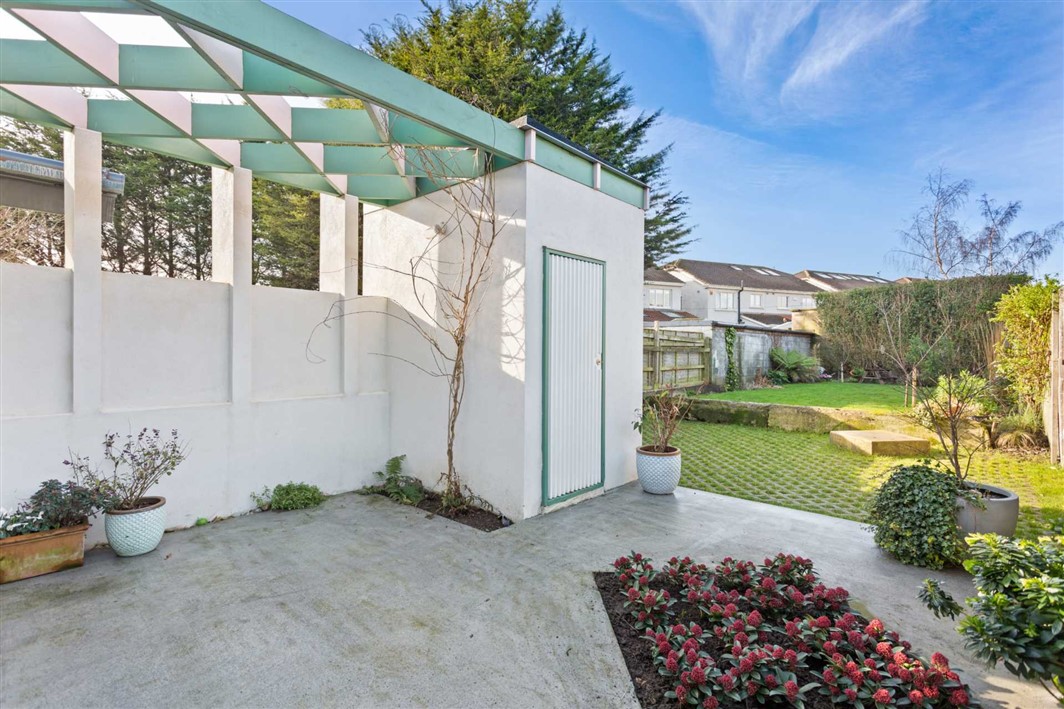 Roof lights were dispersed irregularly across the ceiling to avoid the space feeling too formal, and the light they cast moves in patterns across the room throughout the day. Their cost was kept down by using standard Velux models, which were slightly larger than the wooden frame, giving them a frameless appearance from inside the room. A dark green was chosen as the main ceiling colour, and the contrasting pink bounces light into the room, while adding a softness to the space. This design is continued outside to form an open pergola, which leads to a utility room in the garden. 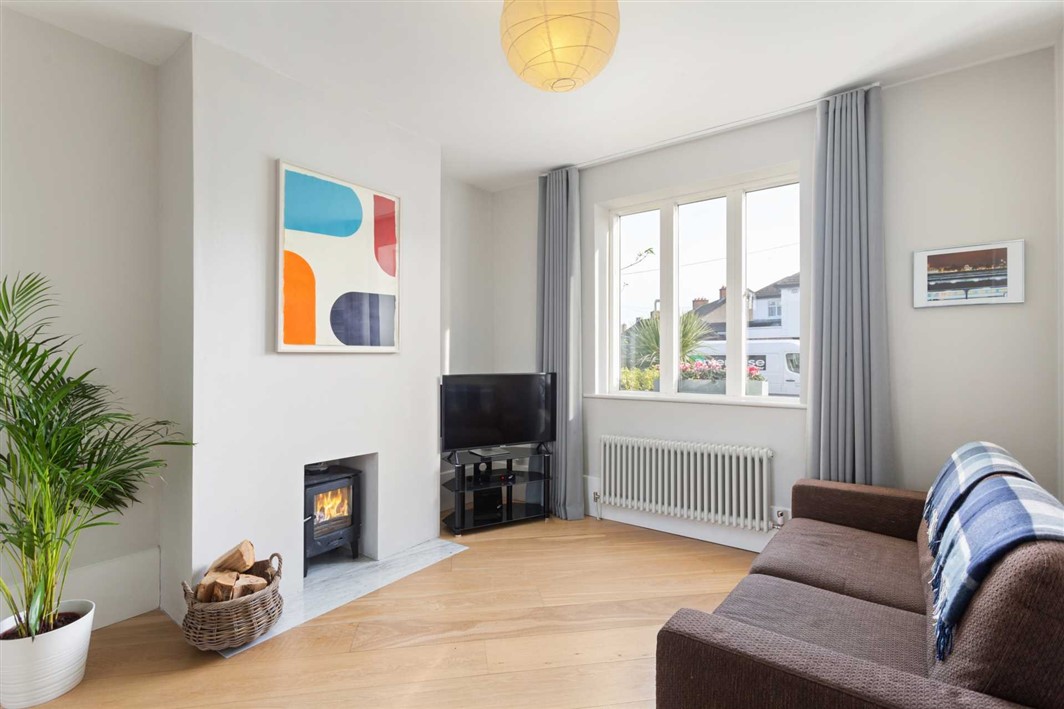 To emphasise this link between the indoor and outdoor, David considered poured concrete flooring, but found the cost was prohibitive. As a solution, inspired by terrazzo floors he saw in Italy, he came up with the idea to inset marble tiles in the centre of the living space, and then pour concrete around them, which was left unpolished. “The tiles define the space, like a rug does in a room. The table can be on that carpet of stone tiles, or armchairs around it,” explains David. 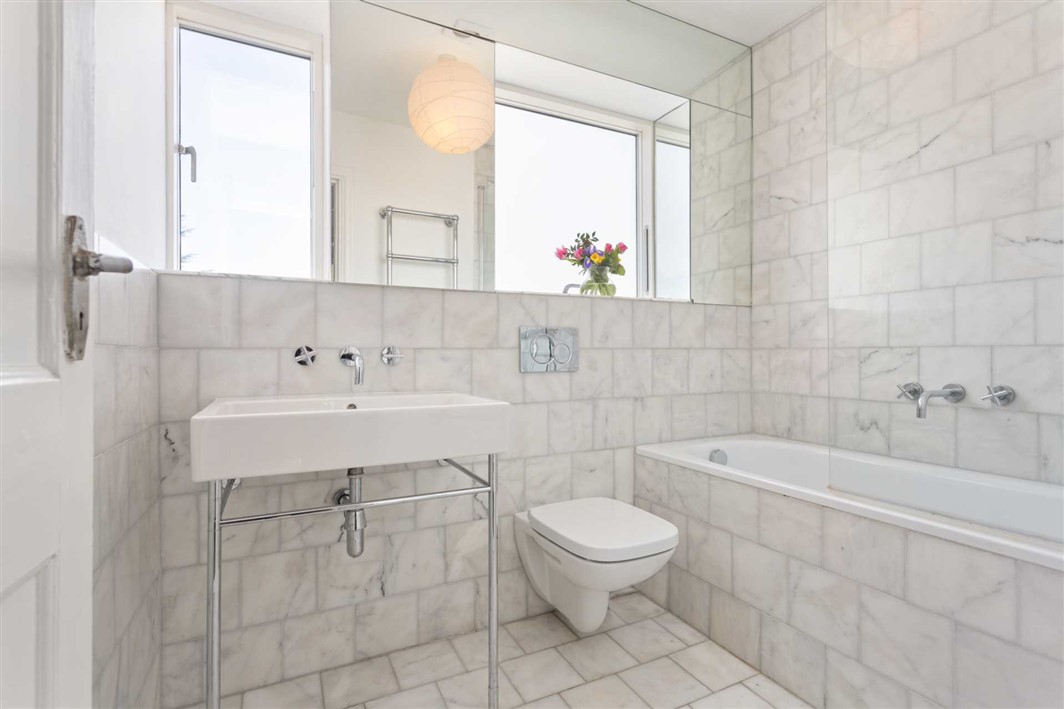 Details like a storage window seat, a refurbished kitchen in green Valchromat MDF, two new bathrooms and the outdoor space and utility room, were all included for around the price the couple had allocated to buy a conservatory. David set out to show that “rich architecture does not necessarily mean expensive architecture”, and with this project, he has succeeded.

Read more: These luxurious modular homes are anything but basic

Read more: Inside a tiny Limerick cottage transformed by its architect owner