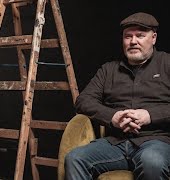 Actress Kate Hudson has spoken about her biological father. Speaking on a radio show, she said that she did feel “abandoned” by him, however, she no?bears no ill-will towards?Bill?Hudson. In hindsight, she says it was likely a blessing.?Hudson?explained that’she’s learned to show him forgiveness as the years have gone on.

“I think [Oliver and I] both probably suffered differently and very similarly to anybody who feels abandoned by a parent,” Hudson said. “Life is funny. I just feel so lucky. I feel like it was a blessing. No matter what he [Bill Hudson] goes through, I’m all forgiveness.”

Bill was married to Oliver and Kate’s mother, actress Goldie Hawn for four years in the late seventies. The pair subsequently divorced and Goldie’s long-term partner, fellow actor Kurt Russell, raised Oliver and Kate. Bill has since gone on to have another family. The tale of family strife became public after Oliver posted a?picture?on Instagram last Father’s Day, then thanking Russell for the role he has played in their lives. – ?

Hudson’s words are the stark opposite of her biological father’s comments on the subject.?In response to the Oliver’s social media snap,?Bill?Hudson published a scathing interview?in a tabloid newspaper saying he effectively considered them no longer his children, adding “they are dead to me.” It wasn’t the most comforting of reads, to say the least.

Kate and her family have however, moved on from the incident.”We can have a sense of humour about it together,” she continued. “We can sort of laugh at the challenges that we faced because of it — together. To be honest, our dad, who we don’t really know very well, is really funny …from what I remember when we were younger [he] had a great sense of humour. When we laugh about our father, we go, ‘We probably got that from him.'”

The Almost Famous star added that this’realisation came after spending “a lot of time being sometimes maybe too strong.”

“I work very hard to be self-sufficient, and I want to do it on my own,” she added. “But sometimes that puts up a defence mechanism. I spent a lot of time in my life softening. I think a lot of women feel that way.”

The 36-year-old said that she admired Hawn and Russell for their amazing connection (they’ve been together for almost 30 years) and said she’ll always remember her mother’s relationship advice, which is “stay true to yourself.”

All things considered, it was a very classy way to talk about such a personal and painful topic.