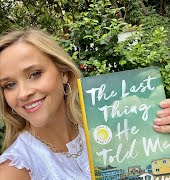 You know the feeling. You're waiting at the door for the postman but before you've even tried on your new purchase, the magic has worn off. Ahead of shops reopening, can we avoid the inevitable fast-fashion hysteria?

One might think that shops being shut would have had a positive effect on our spending habits, but retailers quickly pivoted to online (many of them offering such a service long before) and so, we simply splashed the cash in the virtual world instead.

At the start of the pandemic, searches for loungewear, pyjamas, and soft-on-the-skin workout gear spiked. The powers that be advised us to stay home, and we were intent on doing so as comfortably as possible. Dressing up soon became dressing down, and matching sweatsuits the outfits of choice. You were no one unless you had a colour coordinated crewneck and tracksuit bottoms to flounce around the house in, or at least it oft felt that way to me.

As the weeks passed and lockdown stretched on for considerably longer than anyone had previously anticipated, attention soon turned to items that weren’t necessarily practical for right now but that would be absolutely perfect for when normality returned. Things like dainty handbags just big enough to fit your sanitiser, phone and mask, or dangly summer earrings that would help brighten even the drabbest of get-ups. Even though you already have a box of dainty handbags and a tangled drawer of dangly earrings. These purchases were made not because they were exactly what you’ve been looking for but because you need that shoppers’ high. They sparked joy in the moment but quickly lost value once they arrived.

On a personal level, I’ve been trying to stray from my usual fast-fashion habits for a while now. Learning about some of the atrocious practices that allow the industry to continue running – almost as if we aren’t in the midst of a global pandemic – has helped me to curb my enthusiasm over a new pair of jeans on more than one occasion. But progress is never linear, and there have definitely been times where I found myself getting caught up in the excitement of the online shopping world once more.

Such instances were characterised by an almost compulsive need to spend money, and once I started, I couldn’t stop… burning a hole in my pocket, as my dad would say. Don’t get me wrong, I love opening the door to a delivery of neatly packaged new clothes as much as the next person, but lately, I’ve found that the thrill has already worn off by the time my purchases arrive.

Fast-fashion is a concept that puts speed at its centre. It’s all about trends and what’s cool now, with the emphasis being on buying something quickly without giving much thought as to whether it’s something you actually need or will even wear more than a handful of times. It’s a sneaky business that plays on our competitive side.

Think about it, the whole system runs off immediacy, pitting us against one another in the pursuit of beautiful things.

Everything from the language used, to the very clever countdown timers found at the top of your favourite online shop encourages you to buy “before it’s too late”. The push is to get you to part with your money before you change your mind.

Websites warn that “35 other people are looking at this item right now” so you’re duped into believing that it’s in hot demand and you must buy it or spend the rest of your life thinking about those leopard print flares you were too slow to bag. Next time you’re aimlessly scrolling through reams and reams of “new-in” items, pay attention and you’ll see what I mean.

Not unique to just the online world, the same can be said for in-store shopping experiences – this time the danger being that you’ll just buy everything, promising yourself you’ll return the excess after trying it all on at home. Most times you follow through and do bring everything back. Other times the receipt expires or the tag falls off or you get tan on the sleeve of that white jumper you bought on a whim… the list goes on.

If that sounds familiar, it’s because we’ve all fallen victim to it at one point or another. I’m an easy target and have been sucked in many a time. Buyer’s remorse is a very real thing and it’s usually far worse than the fast-fashion high one gets from a 10-minute shopping spree.

Penneys and other high-street shops are set to reopen their doors in the coming days and while the prospect of going into an actual shop and being allowed to browse at length makes me positively giddy, it’s important to remember that shopping – particularly fast-fashion – is a mind game, and there’s no need to jump just because Zara says so.

Vaccine war: What row is going on between the UK and the EU?

Lynn Enright: ‘Hugging is set for a return… am I the only one not ready?’

There are excellent huggers, people who enter into the hug with boundless love and a sense of physical abandon; then there are people like Lynn Enright, who get confused about where to put their arms. Which camp are you in?

‘I’m very good at hiding it’: Liam Payne on his mental health struggles while in One Direction

Liam Payne has spoken out about his time in One...