What’s Next For Fashion And Feminism?

We’re reflecting on the empowering and inspiring week that was in the lead up to, and after, #InternationalWomensDay, and as the final fashion week draws to a close we have to ask, what’s next for fashion and feminism? Niamh O’Donoghue looks back at the biggest fashion feminism moments of the last year.

Fashion is a kinetic force and, like metal to a magnet, it draws us in before unleashing its full potential. In the past, each fashion cycle would come and go without much fuss. We became so accustomed to seeing the same dress and heel combo, that when a designer introduces something radical, it tilts the gyroscope of fashion right off of its axis and the world erupts. But never before has the world witnessed a fashion cycle such as the one we’re currently in. I’m talking about the outspoken nature of designers, their passion for controversy and political change, and their sheer determination for equality for women, men, members of the LGBTQ+ community, and everyone else in between.

The last year has arguably been the fashion industries most lucrative when it comes to female empowerment. I felt a brief moment of panic when political fashion made it’s first big dominant appearance on the catwalks last Septemeber because there was an underlying fear that this would simply be another ‘trend’ that would come and go. But to my surprise, people loved it, supported it, and continue to embraced it. Only recently did we witness Maria Grazia Chiuri’s debut Spring 2017 collection included a much-buzzed-about white tee that read “We Should All Be Feminists,” referencing a 2014 essay by?Nigerian writer?Chimamanda Ngozi Adichie (a favourite of ours here at IMAGE HQ). Then there was Prabal Gurung’s collection of femme-proofed collection of t-shirts complete with the slogans “The Future is Female”, “Yes, we should All Be Feminists”, and “my Girlfriend Is A Feminist”; each packing a feminist punch stronger than the last. And while it might ‘just’ be a t-shirt, it’s eye-catching enough to make us stop and think; igniting our internal?cogs into motion, sparking conversation. And isn’t that what it’s all about; initiating conversation and action for equality? I think so. 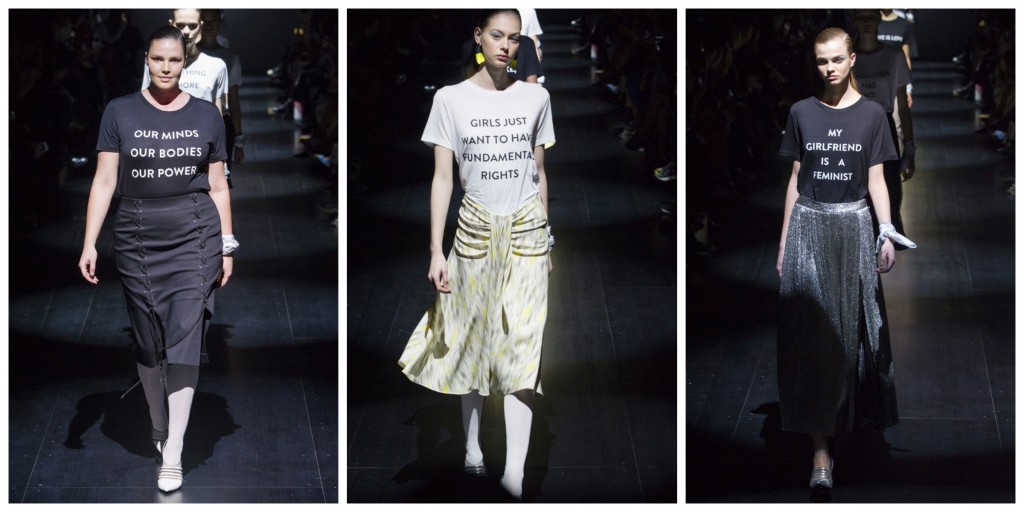 Political messaging in the fashion sphere is not a new phenomenon, but the last US election will, I reckon, be a case study for many fashion students to come in the future. We witnessed a political fashion coup, where designers used their platforms to spread messages of hope, unity, and freedom. In fact, the world hasn’t seen this kind of a stance against politics from members of the fashion community since the days of the suffragettes.?Hillary Clinton teamed up with Vogue editor Anna Wintour (who was Clintons personal fashion advisor prior to the election campaign, FYI) as well as a team of highly influential designers – like Marc Jacobs, Tory Burch and public School to name a few – to create a range of t-shirts in support of her campaign. Naturally, they went down a treat with the fashion and non-fashion community (as can be seen sported on Kendall Jenner below), and highlighted the importance of the campaign. She might not have won the race, but her campaign helped her win the hearts of those she would not have otherwise reached. I can’t continue any further without giving gratitude?first to the Irish REPEAL project who, through their use of fashion, have created a global community of women and men who are hungry for change, choice, and equality for all. Good on you, Repeal. 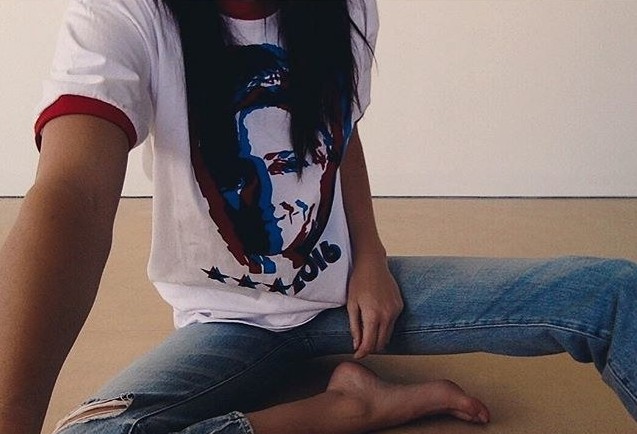 The internet is an odd place, isn’t it? Instagram was hit by a wave of complaints last year after thousands of images showing female nipples (shock!horror!) were removed. Instagram’s move was, of course, hugely sexist, but models and designers are cleverly fighting back by subtly unleashing the ‘ferocious nipple’ by posting?tasteful Instagram pictures. One person even went as far as creating a ‘genderless nipple’ account and has over 74K followers. What’s more, we’re seeing far more beautifully crafted sheer outfits that are as stunning as the bodies they’re placed on. Outfits are no longer fitted using traditional wire bra’s, but instead, designers are allowing the models natural body to take charge of the silhouette.?Free the nipple I say, free it! 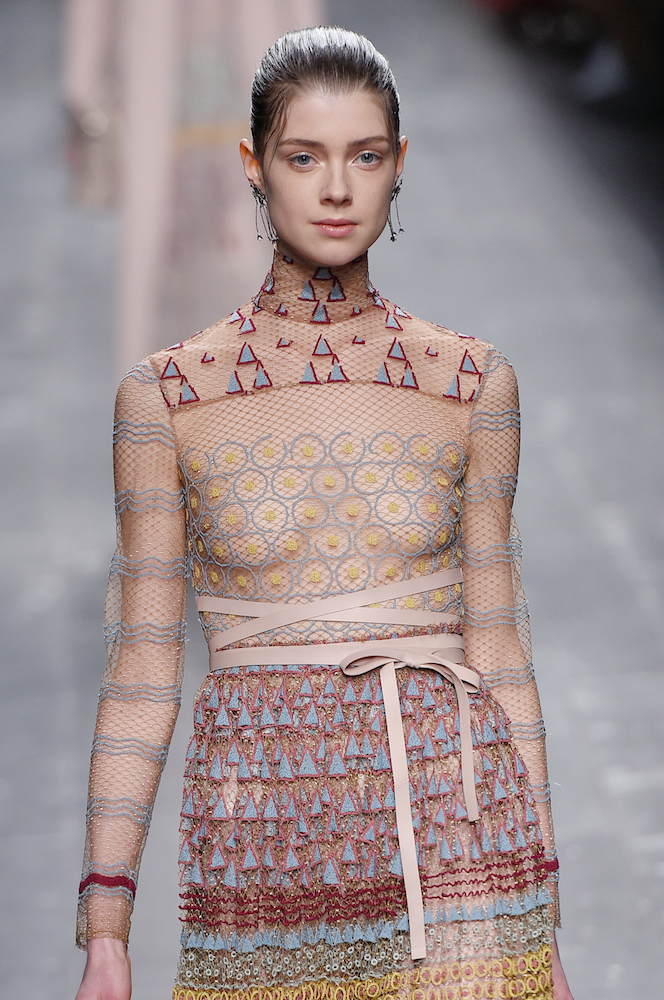 Let’s just get one thing straight, honey: feminist fashion isn’t just t-shirts and unflatteringly fitted jeans. I watched the internet crumble before my eyes the other day when Emma Watson showed a bit of cleavage, and even she admitted that what on earth do tits have to do with feminism? The world cried out that it wasn’t a very “feminist thing to do”. please. And let’s not forget that time back in November when everyone lost their cool when Chimamanda Ngozi Adichie was hired as the face of a Boots makeup brand, No7. “You mean to say a feminist wears makeup?”.?Feministic qualities are no longer characterised by t-shirts, unflattering jeans, and makeup-less faces. Feminism is sexy, smouldering, and provocative.

So, what IS next for fashion and feminism? I’m not sure. But if the recent Balenciaga and Comme Des Garcon catwalks are anything to go by, inclusion and reinvention of traditional silhouettes will be recurring themes going forward, which, in today’s world, is anything but a bad thing. 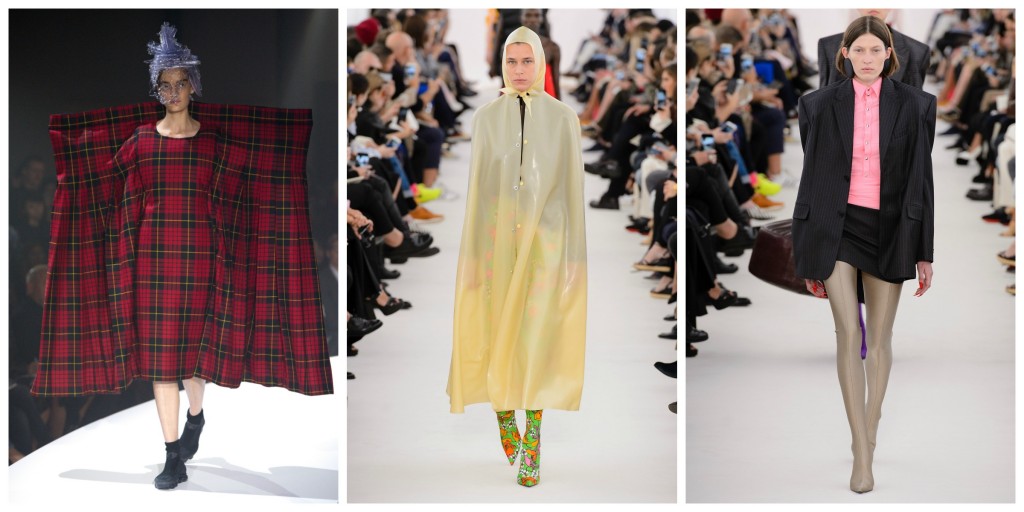