Vogue Should “Apologise” To Cara Delevingne

Over 12,000 people want Vogue magazine to apologise to Cara Delevingne for printing for what they say are insulting claims about the model’s sexuality. ?Just days after the Instamodel was praised for giving an extremely honest and open interview in the July issue of Vogue magazine, a petition has been started online asking the fashion bible to “apologise” for suggesting that Cara’s relationships with women are just a “phase.”

The 22-year-old is living the dream at the moment; she’s one of the world’s top and most sought after models, she’s about to make her mark in Hollywood with a prominent role in upcoming flick Paper Towns. Not bad for someone who is ?just 22!

Landing her first American Vogue cover was always going to be a big deal, and Delevingne opened up about a few tough subjects, including her mother’s battle with alcohol addiction and her sexuality which has been debated endlessly by the gossip columns?of late. It was the way in which writer Rob Haskell framed a certain phrase regarding this?that has left some members of the LGBT community feeling less than happy. “Her parents seem to think girls are just a phase for Cara, and they may be correct,” he wrote. ?This prompted a woman named Julie Rodriguez to start a petition asking Vogue to apologise for?characterising Delevingne’s relationships with women as a ?phase,? and for “reinforcing a negative stereotype.” 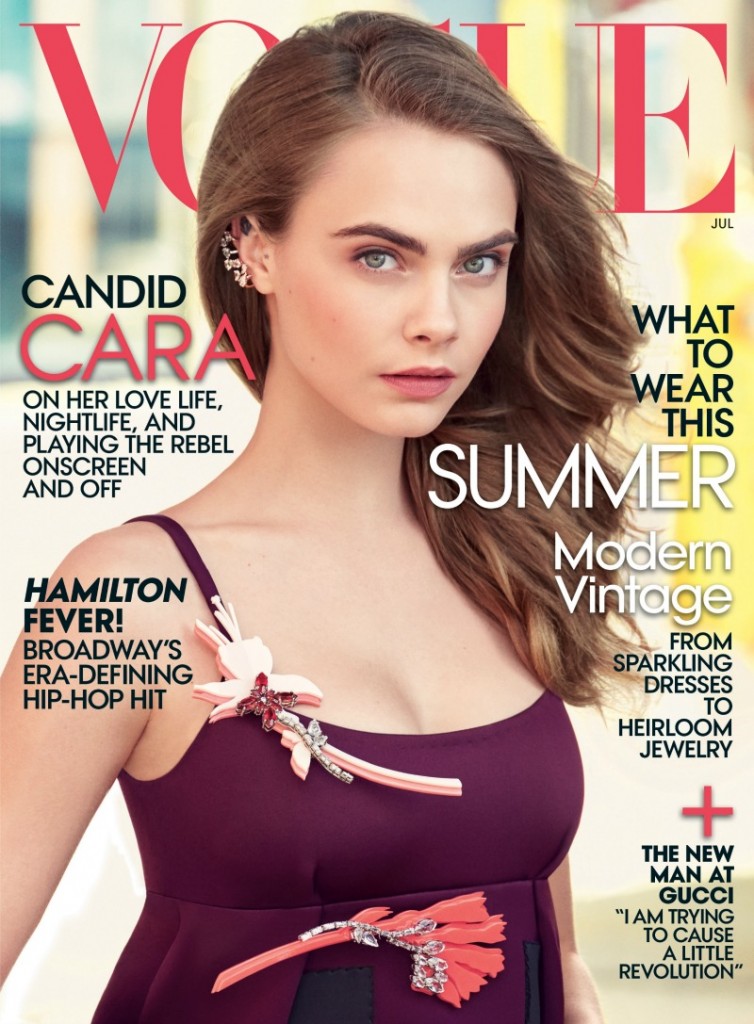 Amongst other things, Rodriguez said: “He [writer Rob Haskell] ?goes on to suggest that she is only dating women due to a troubled relationship to her mother and urges her during the interview to learn to ?trust men.? The idea that queer women only form relationships with other women as a result of childhood trauma is a harmful (and false) stereotype that lesbian and bisexual women have been combating for decades. How could Vogue’s editorial staff greenlight this article and publish it without anyone raising concerns about this dismissive and demeaning language?”

“Vogue should have taken this opportunity to combat negative stereotypes, not reinforce them. We should be applauding Cara for coming out as queer, and being open about her relationships with men and women,” Rodriguez added.

Many tend to agree with Julie’s views as over 12,000 signatures have been added to the petition since it appeared online. Neither?Vogue or Delevingne have yet to respond to the petition.

What are your thoughts on this? Do you think Vogue are reinforcing?a negative stereotype or was it just a (really) bad turn of phrase?