I can’t remember the last time I went to the circus, but I suspect it was circa 1992 and apart from the caramelised hot nuts, it didn’t leave that’much of an impression. I am almost’sure there were exotic animals, a few wild cats and if you pressed me I’d claim to have seen a clown or three. Like I said, not much to write home about. Cut to Tuesday night at?the Roundhouse in Camden Town?and it turns out the circus is nothing like I remembered… or perhaps?that’s because Tommy Hilfiger was the ringleader. 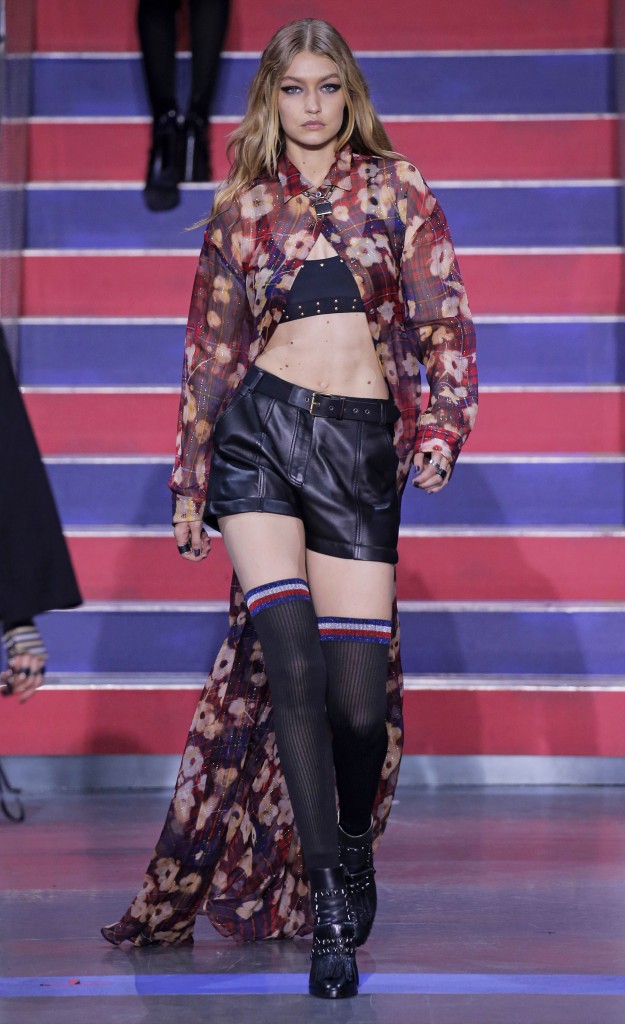 For the finale of London Fashion Week, the?fashion’designer brought his catwalk extravaganza across the Atlantic for the first time.?The ?Rock Circus? event brought the TommyNow ?See Now, Buy Now? runway show to London, with global brand ambassadors Gigi Hadid and The Chainsmokers.?Combining looks from the brand’s men’s and women’s collections, the entire runway was immediately shoppable through retail, wholesale, e-commerce and innovative commercial channels such as augmented reality, chatbots, and image recognition. 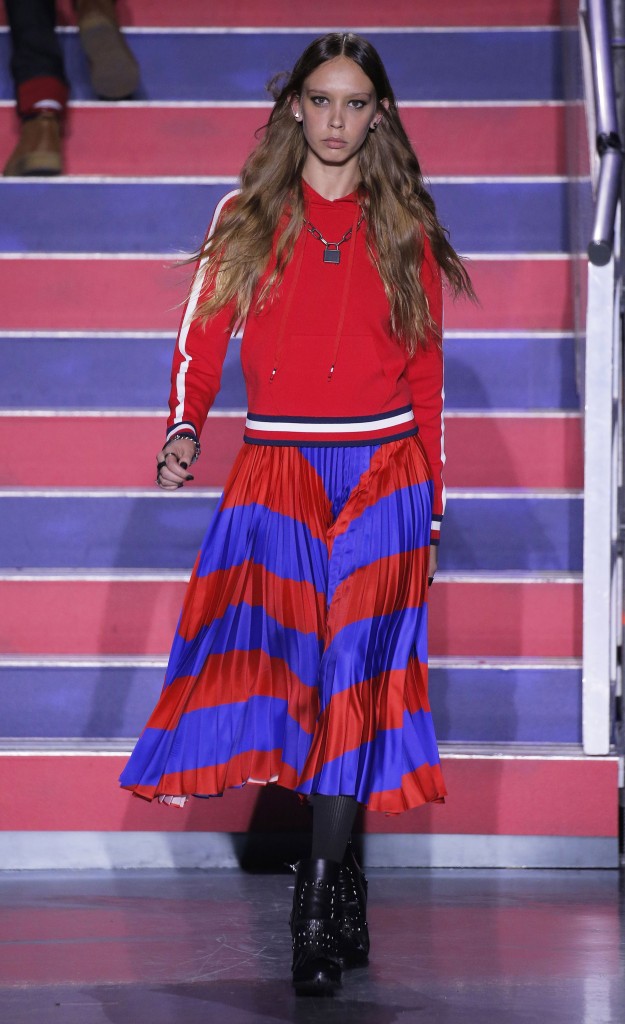 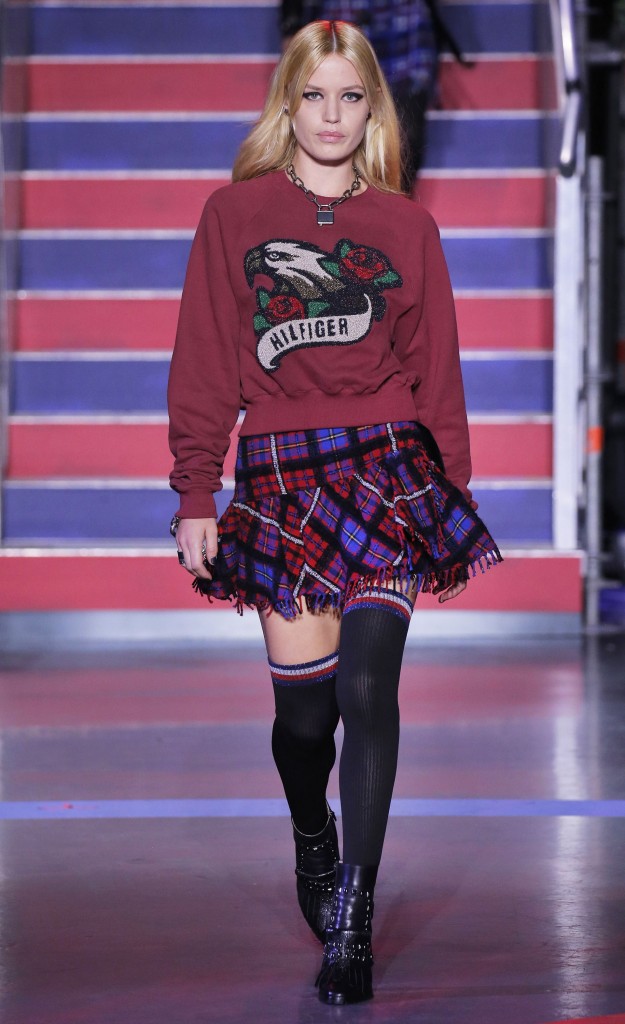 Over 2,000 guests, including consumers, press, buyers, VIPs, industry influencers and competition winners took their seats to enjoy the show. And what a show.?The runway finale morphed into a modern circus act with athletic aerial performances by NoFit State, the U.K.’s leading contemporary circus company (not a clown in sight). The eclectic troop mesmerised guests before The Chainsmokers took control of?the ring?for an exclusive performance to celebrate the launch of their global ambassadorship for Tommy??Hilfiger men’s. 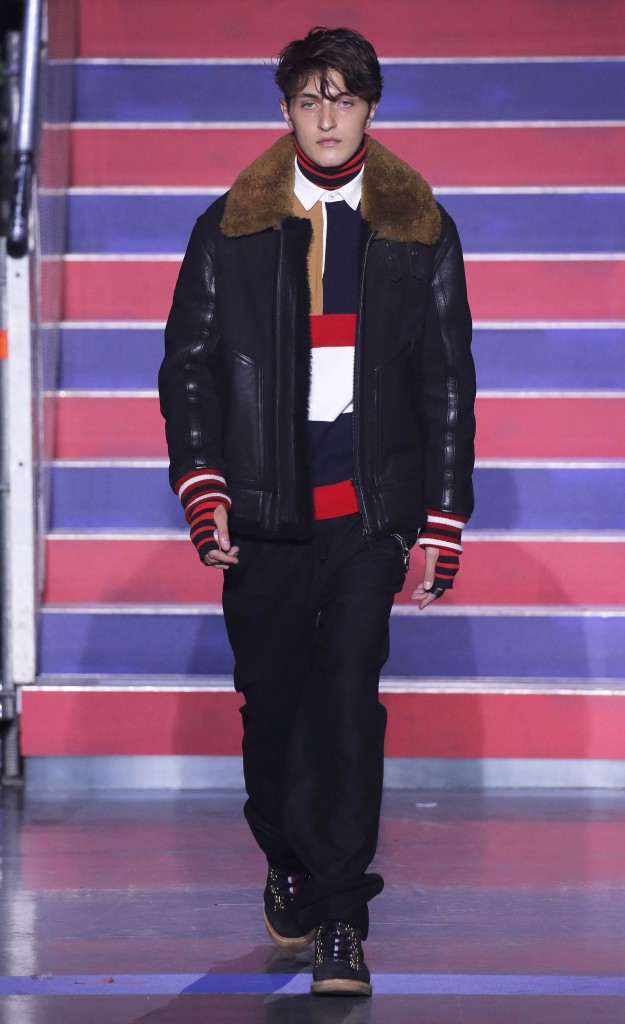 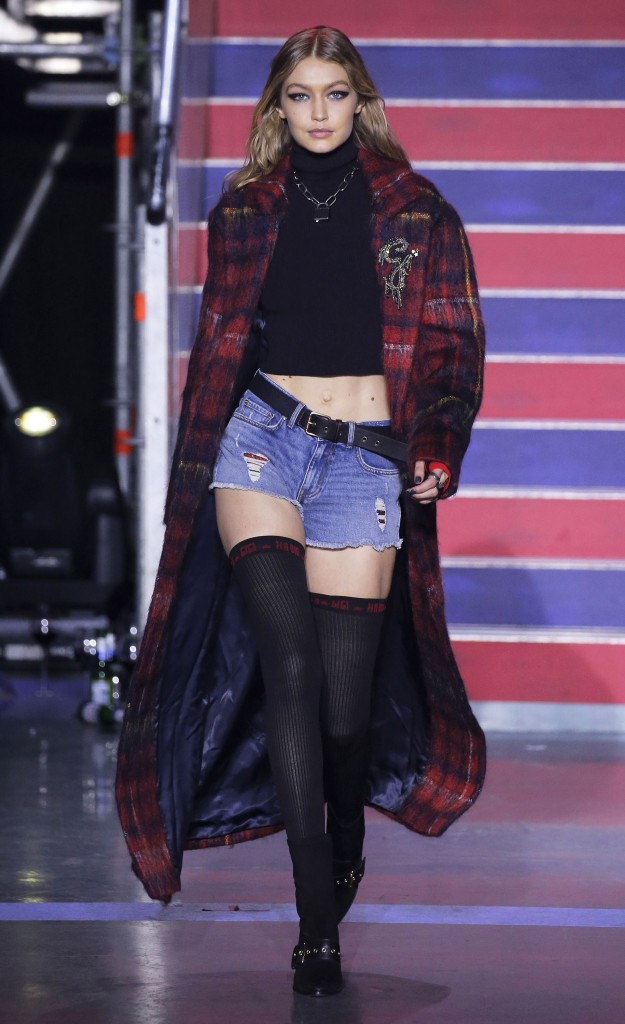 Screams erupted from the crowd when the clothes finally arrived to an energetic soundtrack of classic €90s hip-hop: a procession of branded hoodies with silver studs, beanies, voluminous puffa jackets, tartan mini kilts, shearling biker jackets and track suits.?The collection was a rock and grunge-infused take on the traditional “preppy” styles that have come to be associated with Hilfiger.?Gigi Hadid, the model who is the face of the brand, was joined by her sister, Bella, and brother, Anwar on the catwalk – eliciting cheers of excitement rarely displayed at Fashion Week. The front row was similarly high-wattage, with Lewis Hamilton, the British racing driver, and Neymar, the Brazilian striker, in attendance. 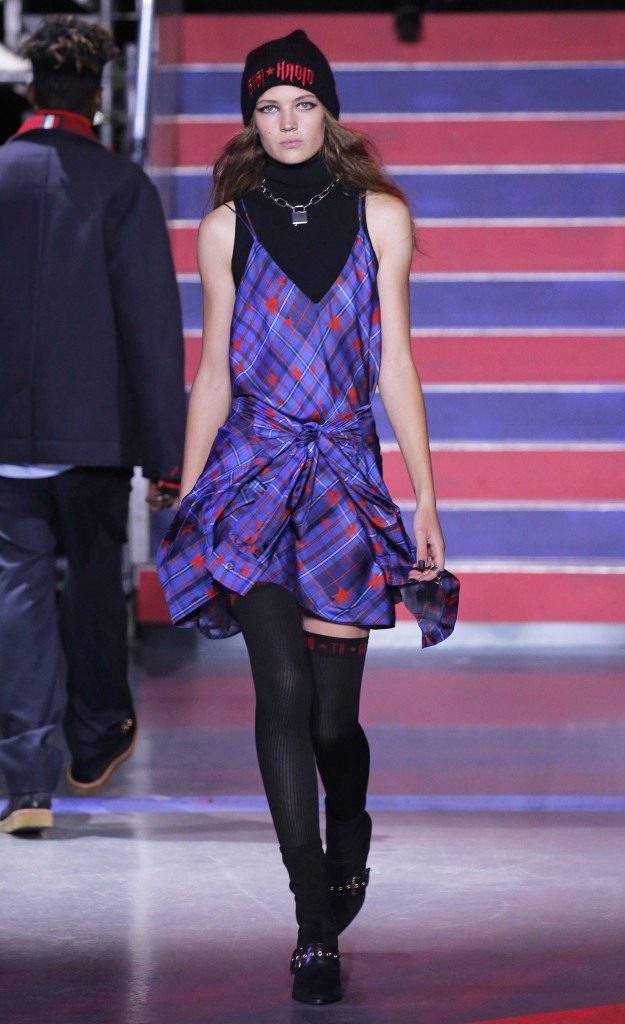 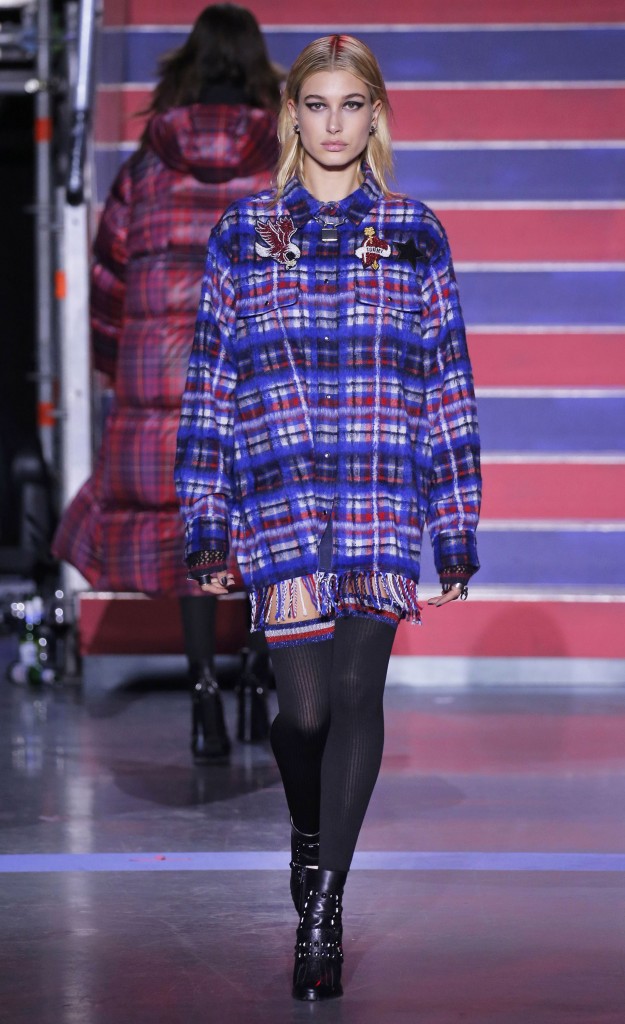 While there were few Irish press in attendance, the show was proudly represented backstage by?IMAGE session stylist Matthew Feeney, who was assisting hair expert?Eugene?Souleiman, creating?individual rock inspired looks for each of the models. 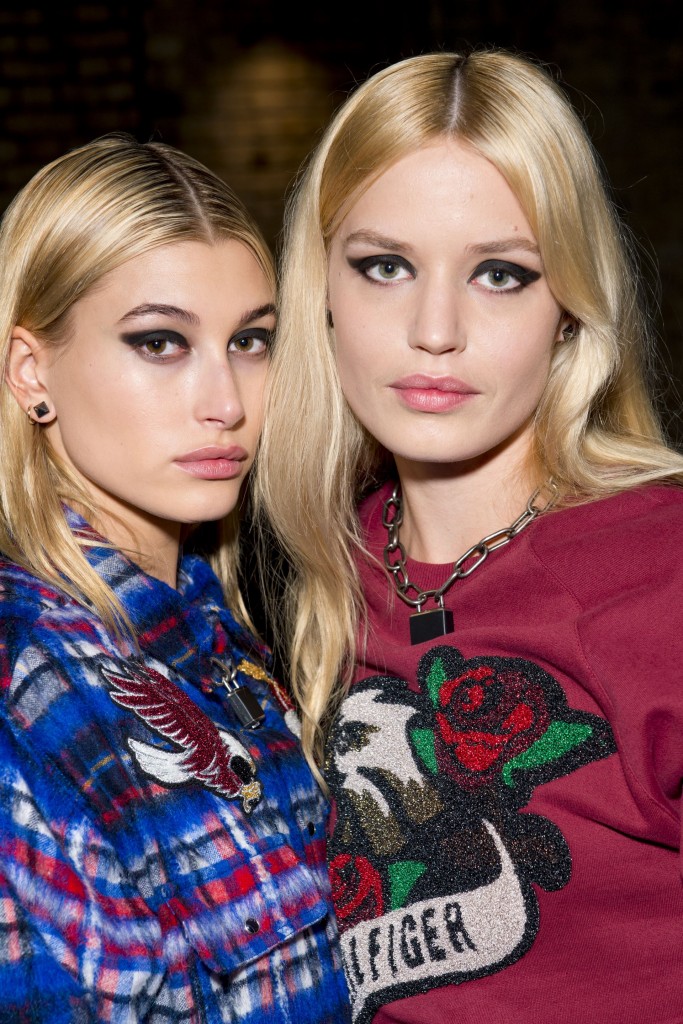 This is the latest incarnation of the pop-up carnivals Hilfiger has staged during the last two seasons.?I was invited?to Hilfiger’s autumn 2016 “Tommy Pier” show in New York, which featured a Ferris wheel and a range of fun-park amusements, while “TommyLand,” the spring show held in Los Angeles this year featured roller skates, skate boarders and fire-breathing performers. Just when you think the US industry giant must have used up all his good ideas, he pulls yet another out of his beanie. Roll up, roll up… 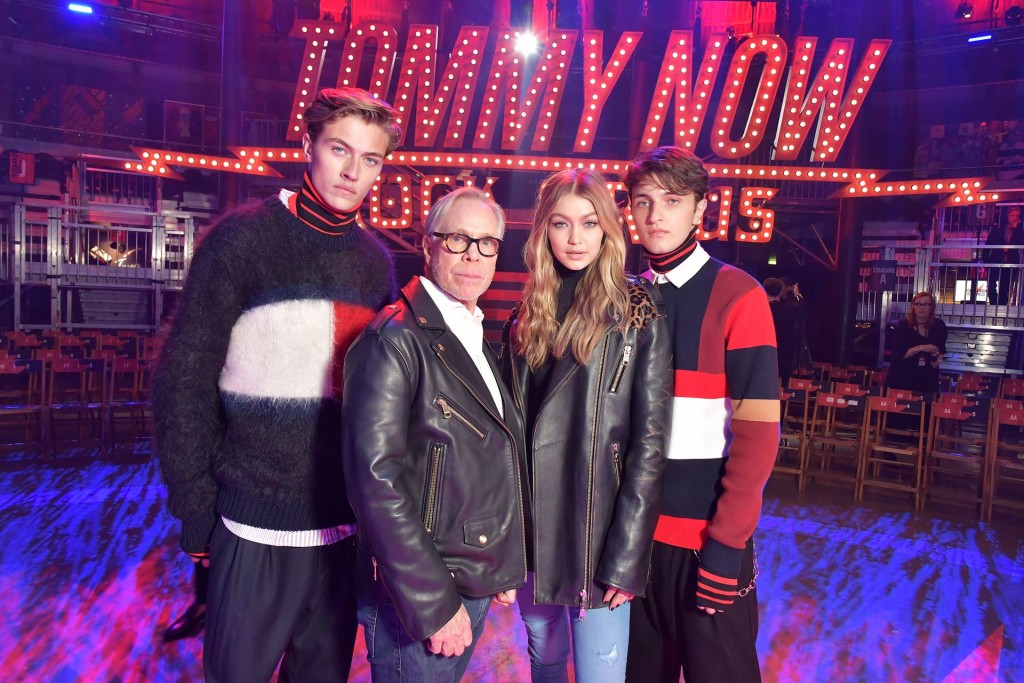 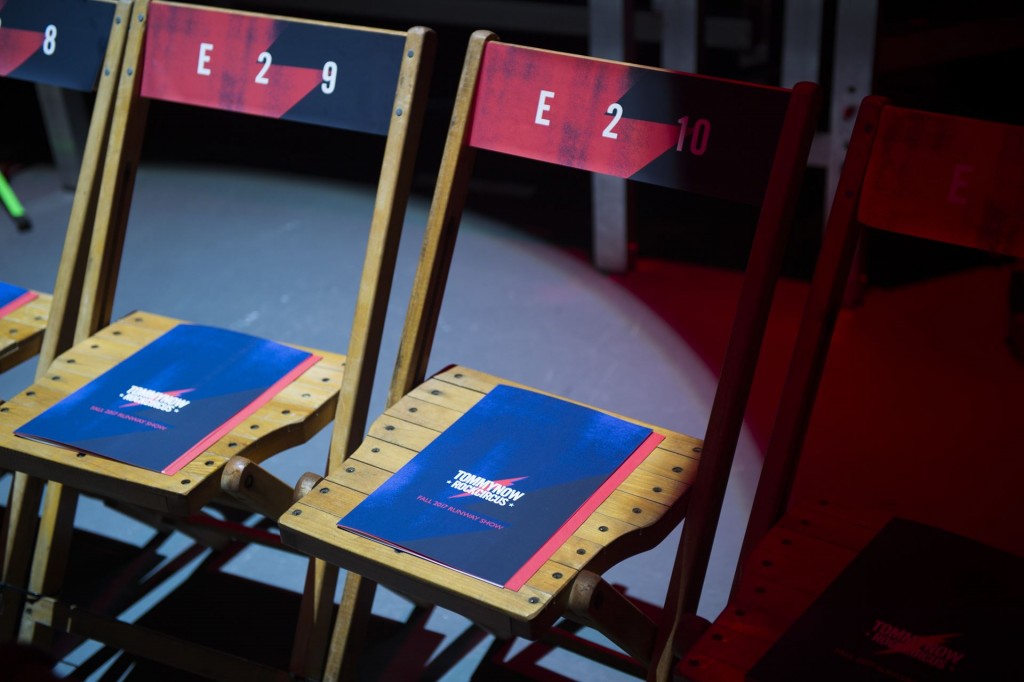 Striped shirts are the staple to see you through summer