These are the 10 most influential dresses of the decade

We are coming to the end of the 2010s, which means it’s the ideal time to take a look at the most influential dresses of the decade

As the 2010’s come to a close, we are taking stock of the decade that has been.

Social media became as vital to us as air; we said hi and bye to Vine; One Direction took over the world; Lady Gaga and Bradley Cooper stole our hearts and Leonardo DiCaprio finally won an Oscar.

A lot has happened but what we really want to talk about is the dresses.

It’s easy to forget just how much of a cultural impact fashion has. You may not remember who won a particular award or what the must-see film was of the year but you will remember what someone was wearing. Seeing one picture ignites myriad memories which can only be brought on by a sartorial element.

From Lady Gaga’s meat number to Kate Middleton’s Alexander McQueen moment, there have been numerous iconic fashion moment over the last ten years. 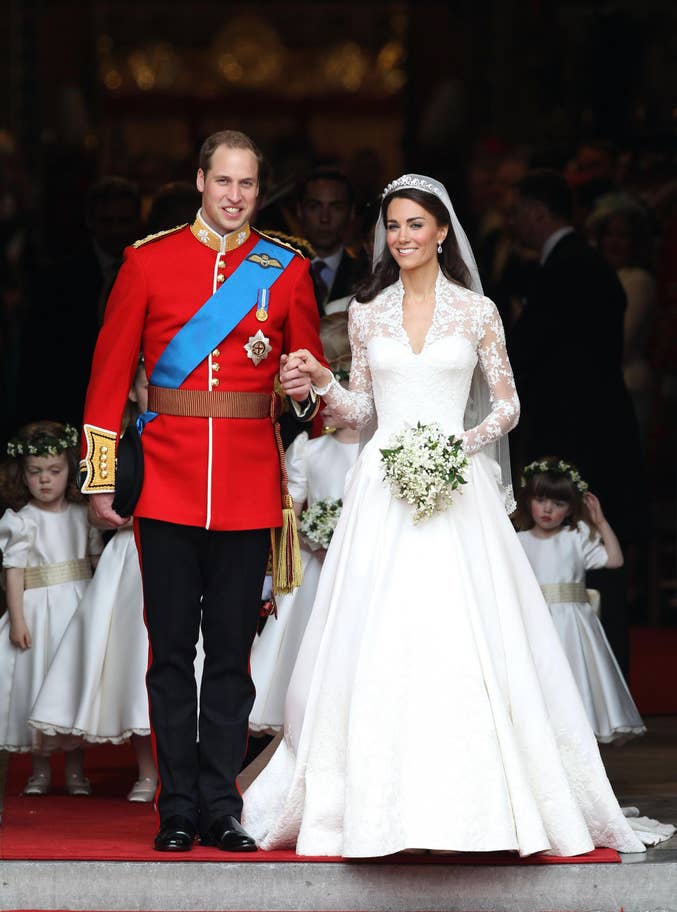 You can’t talk about the fashion moments of the last ten years and not mention this dress. Kate getting out of the wedding car and walking up the steps of Westminster Abbey in her Alexander McQueen gown will forever be engrained in my memory. It has been nearly nine years since the wedding but this dress continues to inspire wedding dress designs across the globe. 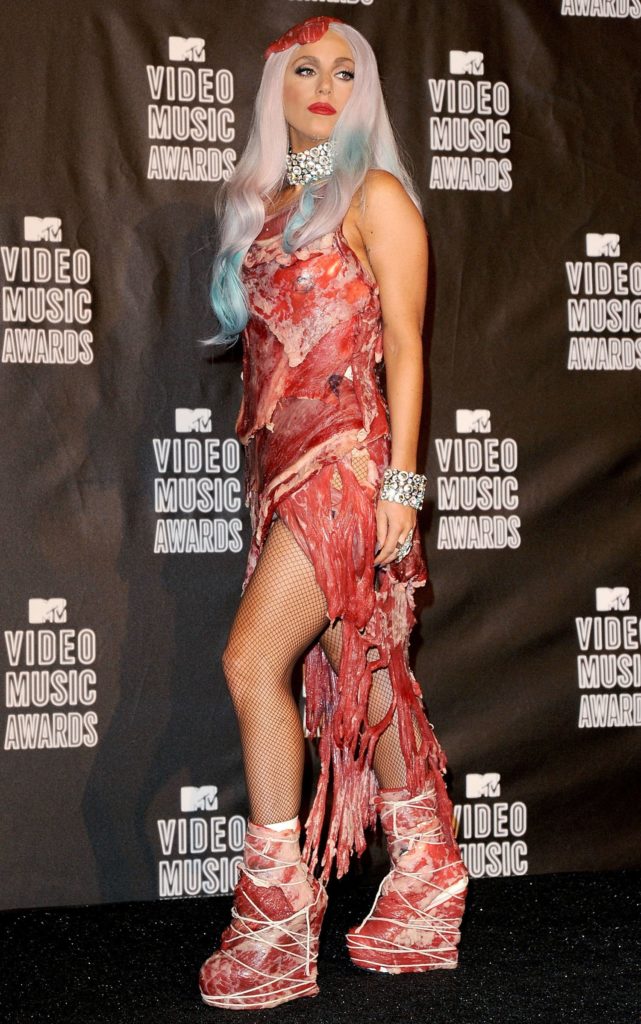 The year was 2010 and Nicki Minaj’s Superbass was the song of the summer. It was a simpler time before veganism caught on in a big way. Lady Gaga wore a dress made entirely out of meat and we never looked at a striploin steak the same way again. 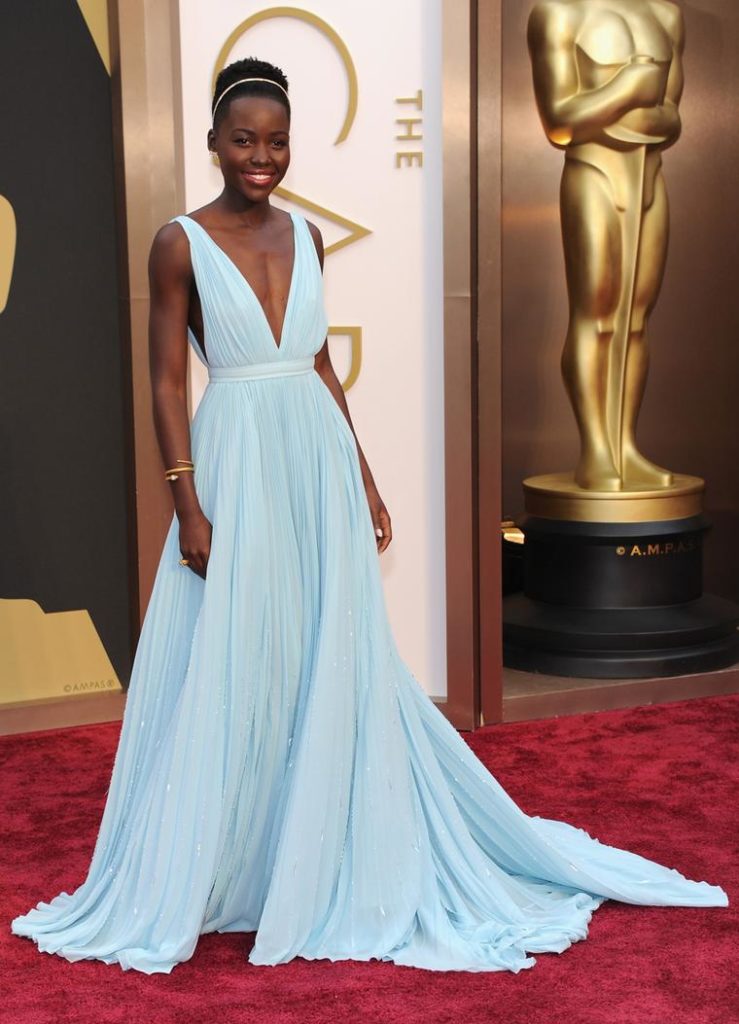 In 2014 Lupita Nyong’o won the best-supporting actress Oscar for her role in 12 Years a Slave. She also won the award for best dressed on the night in the minds of many. Her pale-blue custom-made Prada gown was a Cinderella-goes-to-the-ball moment and was one of the best red carpet dresses in years.

Sinéad Burke at the Met Gala

Not many people can be truly called a trailblazer, but Sinéad Burke can. The writer, advocate and British Vogue contributing editor (and cover star) has turned the fashion world upside down in her fight for equality and inclusivity in the industry. She made history in May of this year by being the first little person to attend the Met Gala. On the night she wore a custom made black velvet Gucci gown with blue silk bows and it was our fashion high of the year. 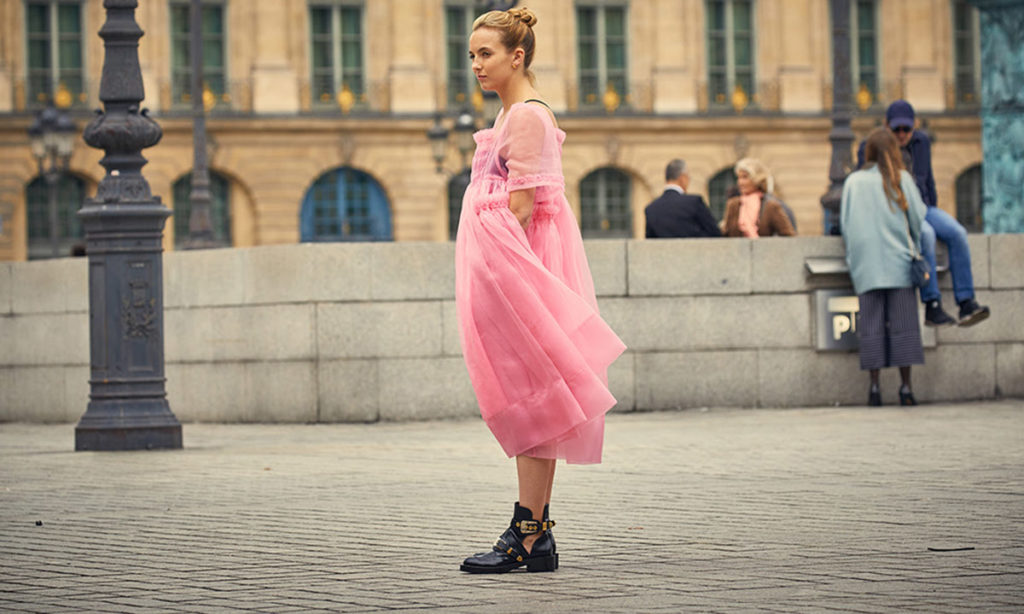 Killing Eve became a TV phenomenon and brought us two inspiring performances from Sandra Oh and Jodie Comer. It also placed us in full few of some amazing outfits. One of the standout outfits was the tulle pink dress by British designer Molly Goddard which was worn by Villanelle (expertly played by Comer) in season one.

Rihanna at the CDFA Awards 2014 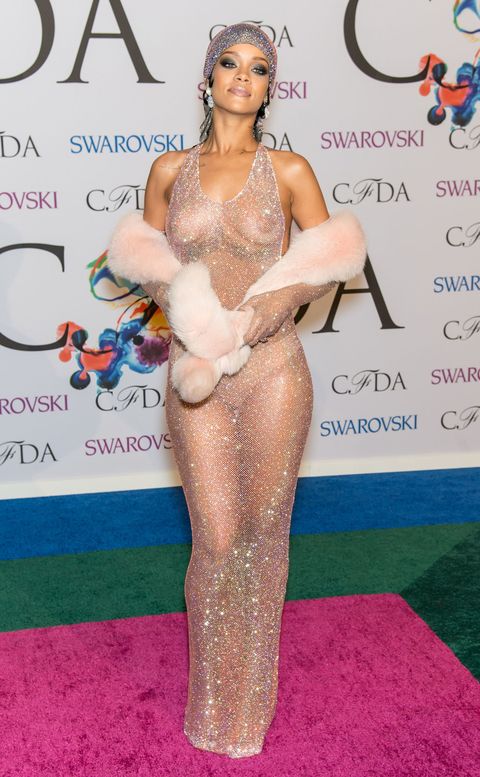 There was only ever going to be one woman who would be able to pull off this look and it was Rihanna. At the 2014 CDFA Awards, the singer wore a dress made entirely from Swarovski crystals and came with matching gloves and a headscarf.

Billy Porter at the Oscars 2019 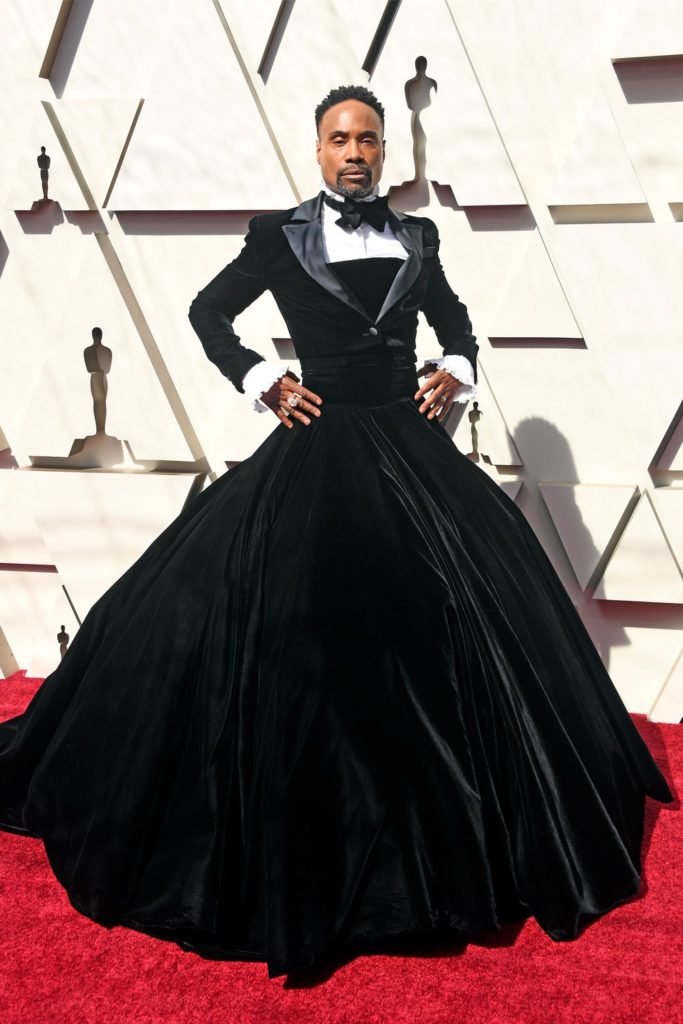 In February of this year, Billy Porter arrived at the Oscars wearing a Christian Siriano tuxedo gown and made his way onto every best-dressed list in the media world. Speaking of the importance of his gown to Variety he said: “I’m an activist. I knew that that tuxedo gown at the Oscars would create a conversation surrounding what gender means, what all these rules we put on everybody in life.”

The white and gold or blue and black dress 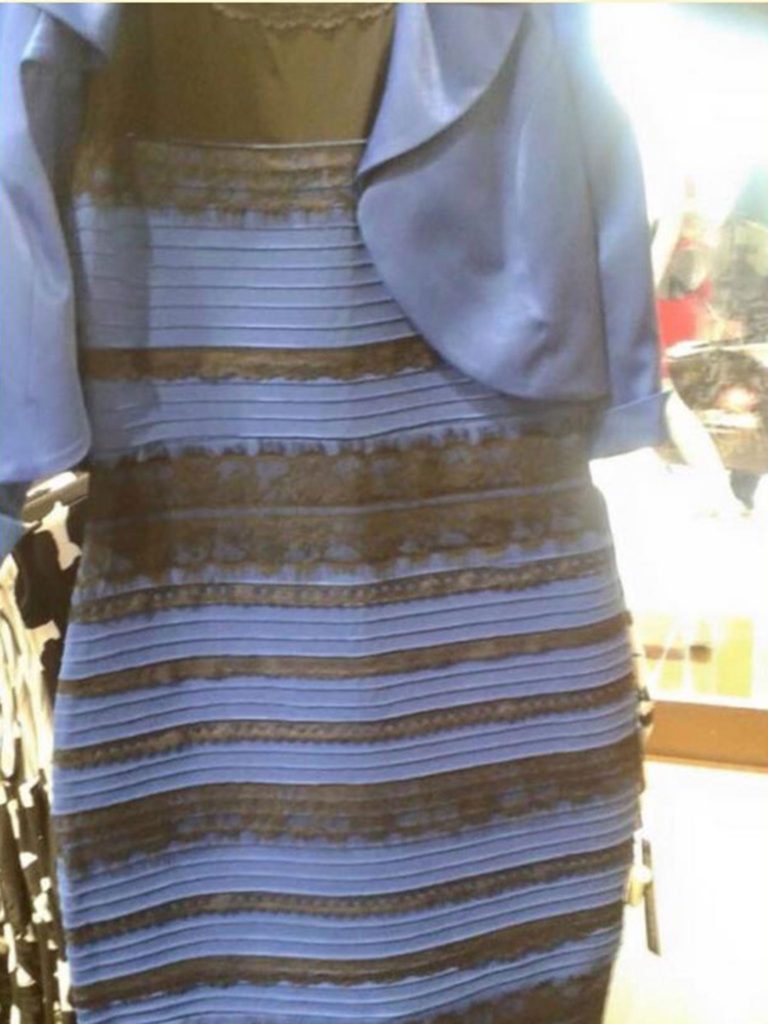 It was the dress that divided the world in 2015 and to this day, probably still does. Do you see a white and gold dress or a blue and black dress? Experts on the issues said the reason there are two contrasting colourways is that our eyes have evolved differently to view colours in sunlight. Either way, it’s blue and black. End of story.

Angelina Jolie and the leg pop 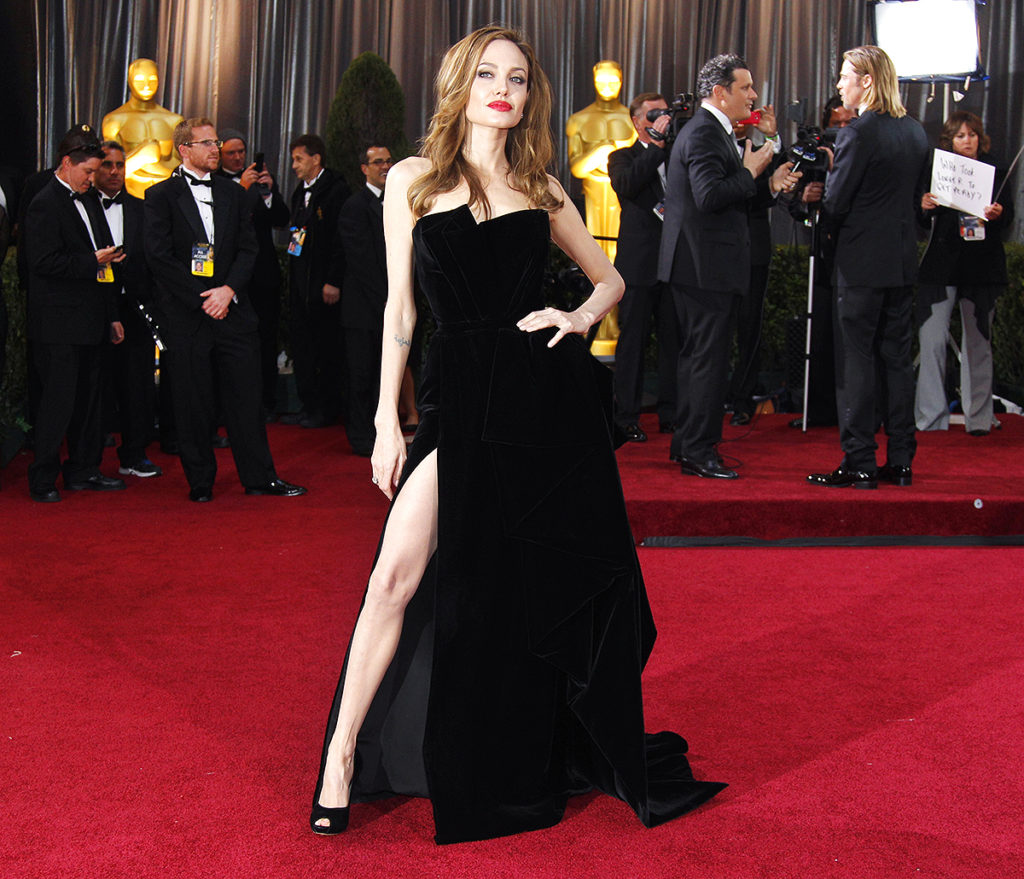 Looking back on this dress, the uproar surrounding it now seems unprecedented. It wasn’t all that revealing or exciting, but her Versace gown was one of the most talked-about fashion moments of 2012 and even garnered its own hashtag called #AngiesRightLeg. 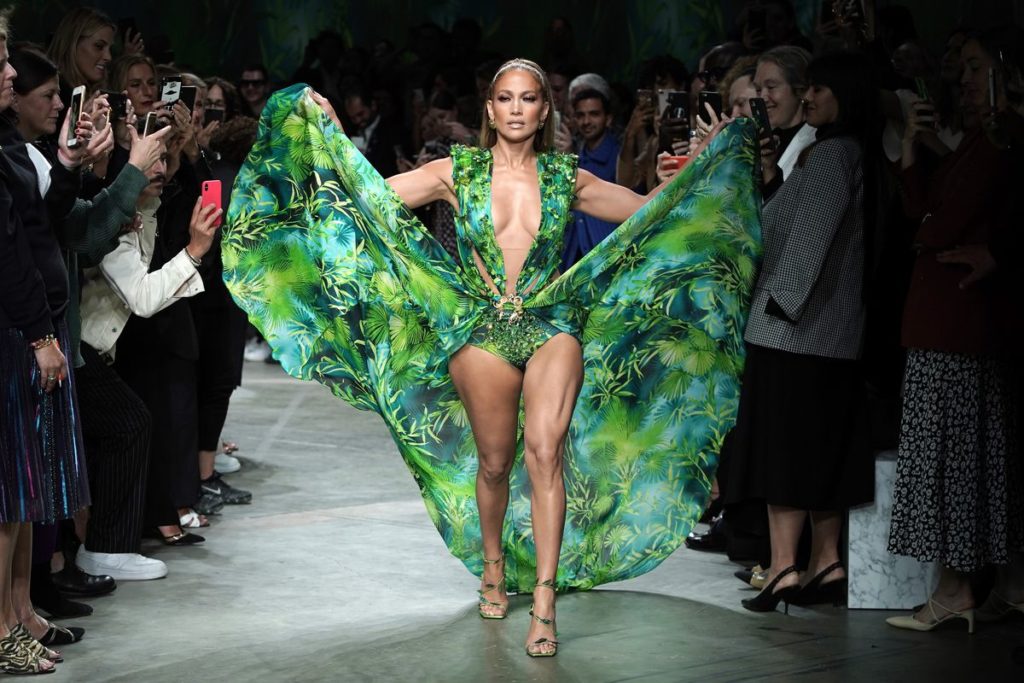 This dress has been one of the most iconic in the last two decades. It made its first appearance in 2000 at the Grammys and was reimagined this year at Milan Fashion Week. The dress hasn’t aged and neither has Jennifer Lopez. This was the dress that launched Google Images and that in itself exemplary.

Read more: Bill Gates has revealed his 5 favourite books he read in 2019

Read more: 12 party dresses for women who don’t do sparkles

Marcus Mumford did what we all do after a great party, he pinched a lampshade from the Oscars

Chadwick Boseman’s loss exposed how manipulative the Oscars can be

Striped shirts are the staple to see you through summer

Moodboosting fashion to get you through an endless March