If there’s one thing that’s sure to warm the cockles on a cold, blustery Monday morning, it’s seeing a global icon wearing Irish design. The European Video Music Awards, or the EMAs, took place in Bilbao, Spain, last night where music veteran Janet Jackson received The Global Icon award for her outstanding contribution to music culture and philanthropy throughout a career that spans almost five decades.

Jackson, 52, performed a powerful and emotionally-charged bare-footed routine to three of her songs, Made For Now, Rhythm Nation and All For You, but the showstopper of her performance was a sculptural and intricate leather hand-crafted collared bodice created by Irish leather sculpturist Úna Burke. The dramatic, primal shoulder holster features a high-neck and enclosed, leather-clad shoulder detailing. Four longer pieces of leather, draped from Jackson’s chest to her hips, creating an eye-catching silhouette that moved and flowed with her during her performance. Calf-length leather holsters accompanied the shoulder piece which, fittingly, gave Jackson an ancient warrior resemblance that aptly fitted her presence on stage. Burke worked with Jackson’s stylist Cassandra Hawthorne to complete the look. 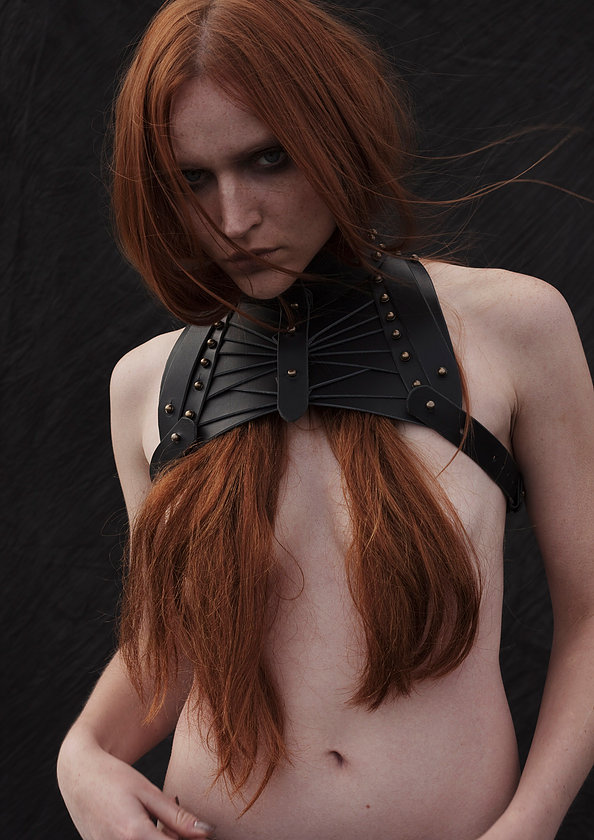 Burke’s designs are not reflective of her original small-town life and maybe that’s what makes them so exuberantly exciting. Originally from Knockvicar, Roscommon, Burke trained at Limerick School of Art and Design and worked for several Irish fashion houses before moving to London to study a Masters in Fashion Artefact at the prestigious Cordwainers College in London College of Fashion. She established her eponymous label in London in 2007 and continues to grow a repertoire of celebrity clients including Rihanna, Cindy Crawford, Jennifer Lawrence and Madonna. All of Burke’s intricate multi-award winning atelier designs are hand-made at her South London studio using only vegetable tanned leathers and solid brass fittings from the UK and Italy. Burke’s extensive collection includes bags, belts, bracelets, and intriguing body pieces, a selection of which are available at Brown Thomas. 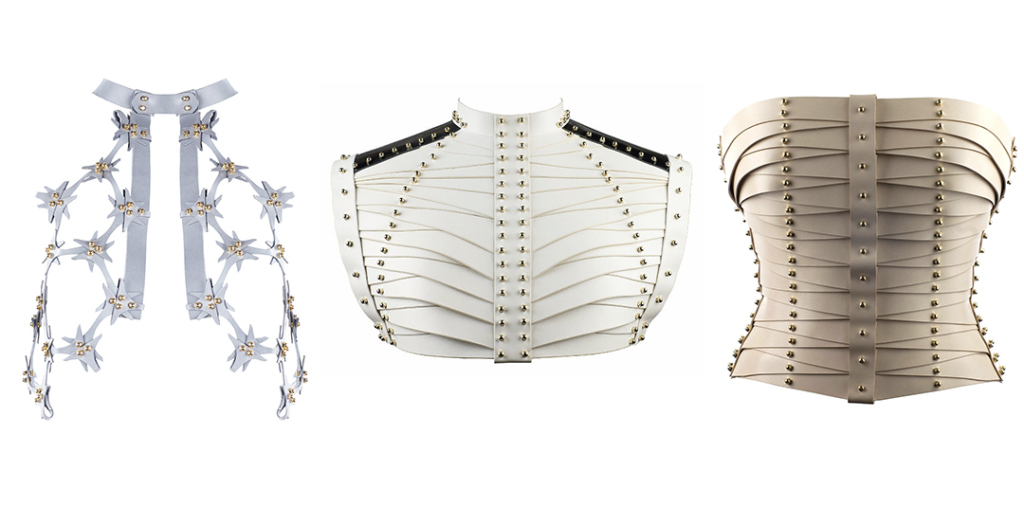 Thank you for being the most inspiring #MTVEMA Global Icon recipient @JanetJackson  pic.twitter.com/bnY1yWehHI