Inside the final Karl Lagerfeld show for Chanel

Turning up at the Grand Palais without a ticket for the final Karl Lagerfeld collection for Chanel is a bit like trying to access Wimbledon’s Centre Court with a Leap Card – the odds are undoubtedly stacked against you. Although I’ve attended Chanel shows in the past, the designer’s death last month saw demand for tickets soar and sent me hurtling to the end of a very, very long line.

In lieu of an official funeral, this was not just a new season presentation, but a very stylish farewell to a man who has left an indelible mark on the world of fashion. Let’s just say he had a lot of influential friends, and they all, understandably, wanted in. Having worked with the Chanel team for many years on various projects, I know they have a talent for turning dreams into reality, so I waited patiently. 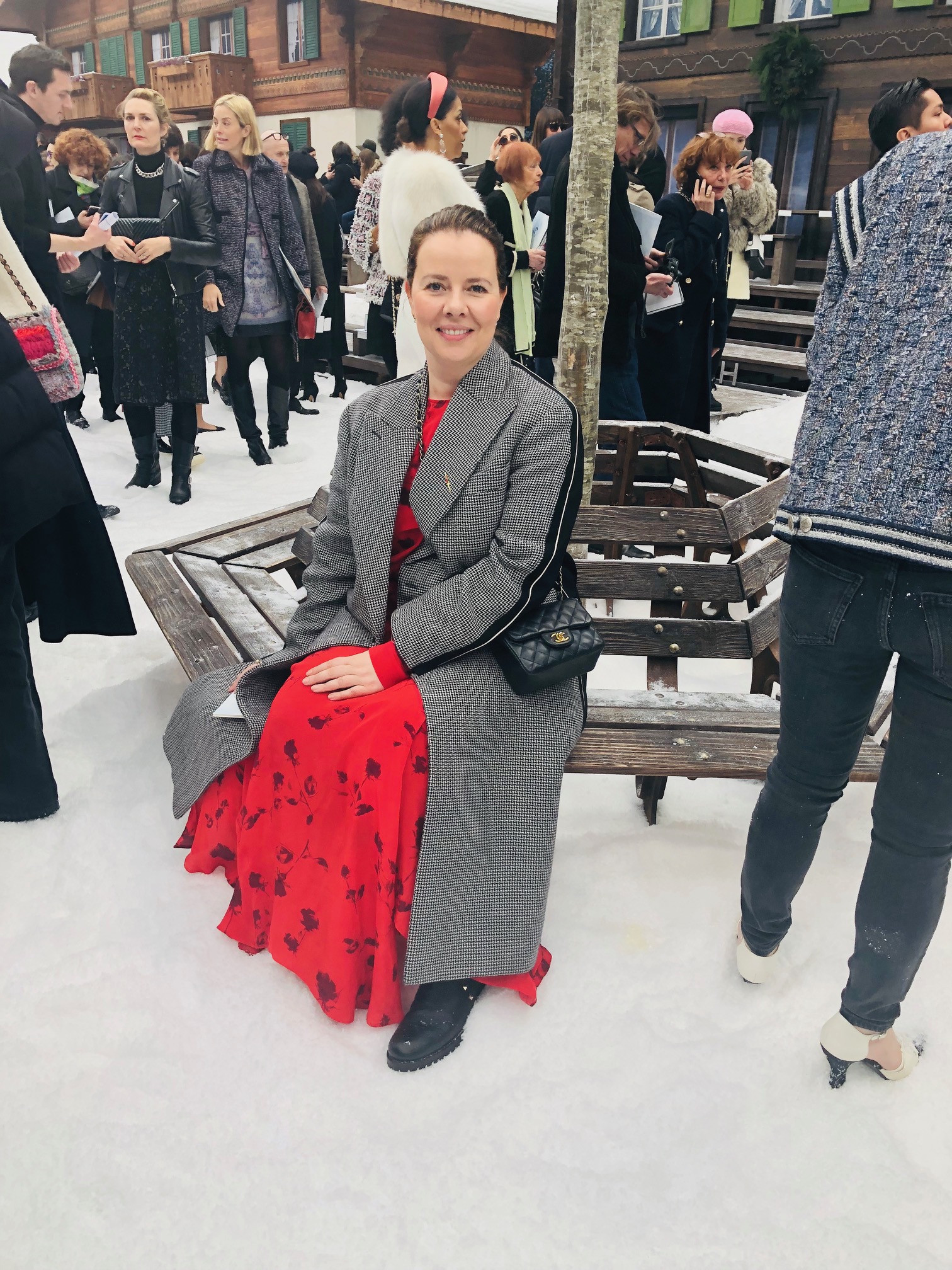 Security was tight, as it always is when Chanel is in town, but this was different. A large police presence and a swelling crowd of onlookers created a more intense atmosphere. As it came closer to show time, I watched security foil many sneaky attempts at entry. One well-known, Chanel-clad influencer failed to get her assistant in on her own invitation, and the latter exited the queue swiftly in defeat. With minutes to spare my contact managed to rescue me from an increasingly exasperated police official and I bounded up the steps to the Grand Palais without looking back. 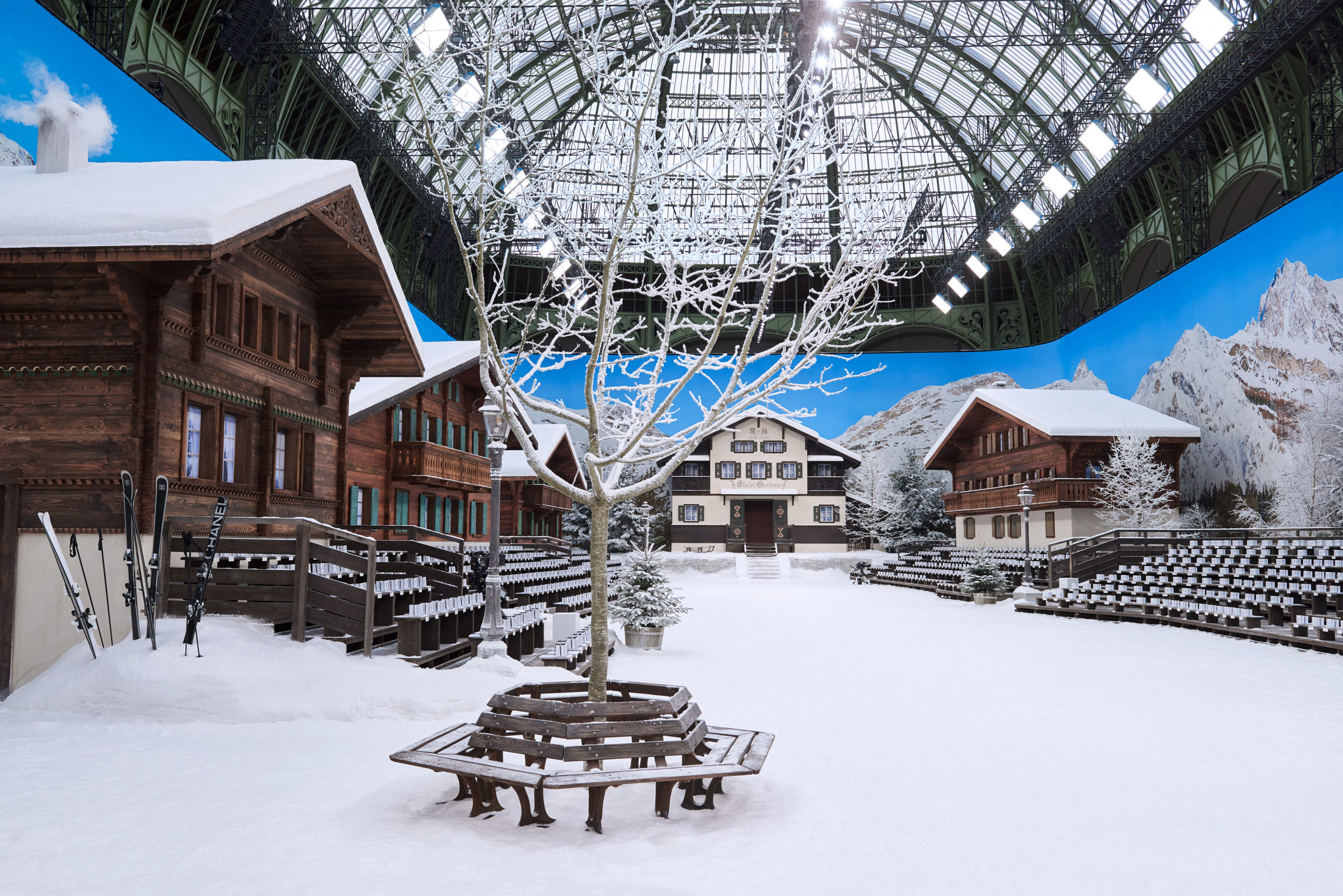 Inside lay a winter wonderland, an Alpine village complete with snow-capped chalets and fir trees. I had little time to take in the scene before an announcement called for a minute’s silence in tribute to the late designer. Quiet immediately descended on the Grand Palais.

Models cast for this landmark show included Cara Delevingne, who was made a brand ambassador in 2015 at the age of 19; Kaia Gerber, who collaborated with Lagerfeld via his eponymous label in 2018; and Penélope Cruz, who was officially brought into the fold last year, too. As a longtime friend of Lagerfeld, she carried a single white rose in the finale, while others shed tears and held hands. 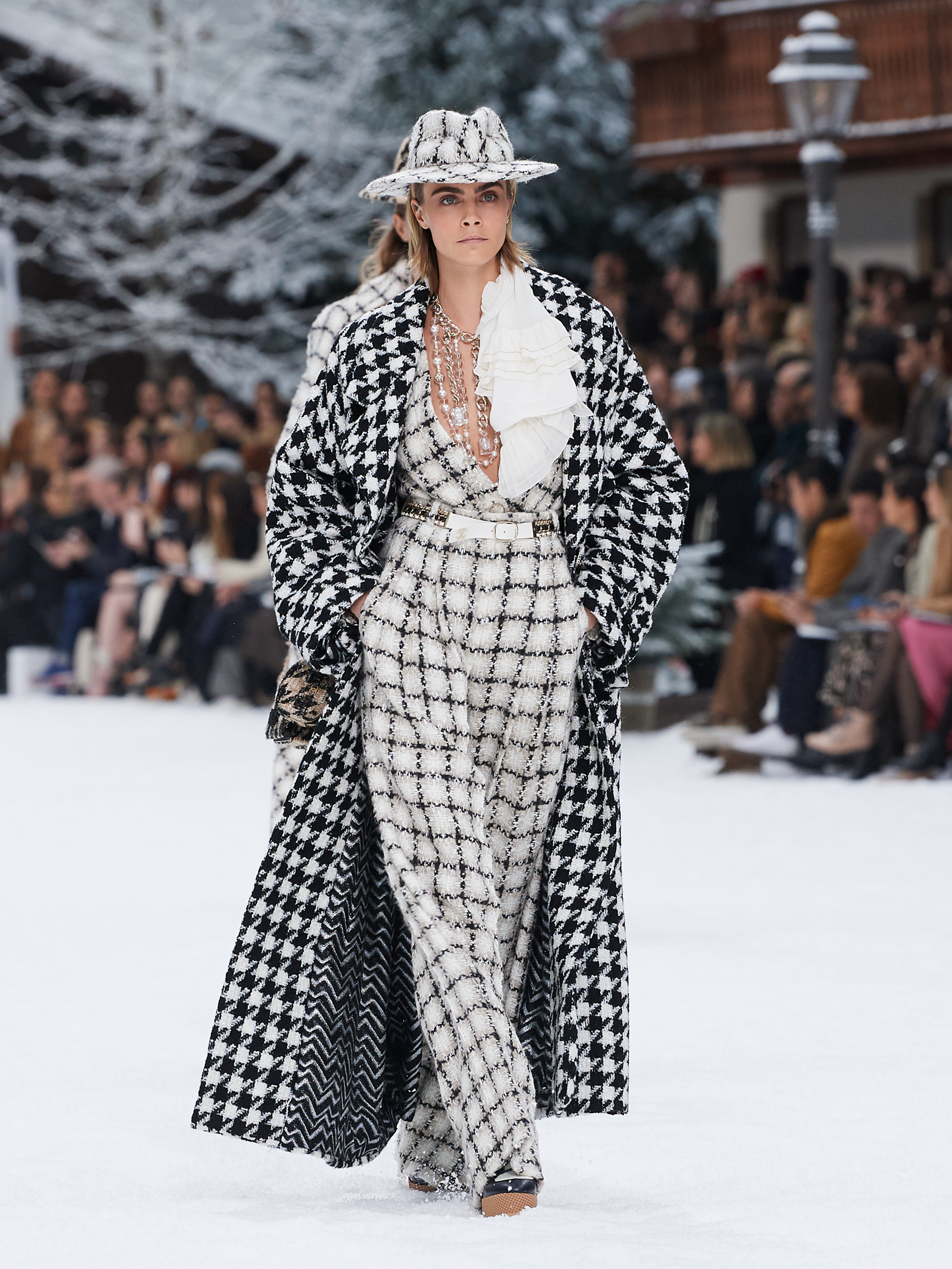 A more wearable collection than in previous years, it seized on the spirit of romantic dandies. Silhouettes had both masculine and feminine accents and the palette featured shades of winter white, beige, black and navy-blue punctuated with flashes of fuchsia, peach, brick and emerald green. The one exception was a Quality Street-purple puffa. To me it felt out of step with the rest of the collection, but perhaps that’s just my personal anti-purple bias talking. Houndstooth, tartan and big check motifs in chevrons and imitation astrakhan stood out, while tweed suits with wide-cut trousers were worn high at the waist and coupled with great overcoats. 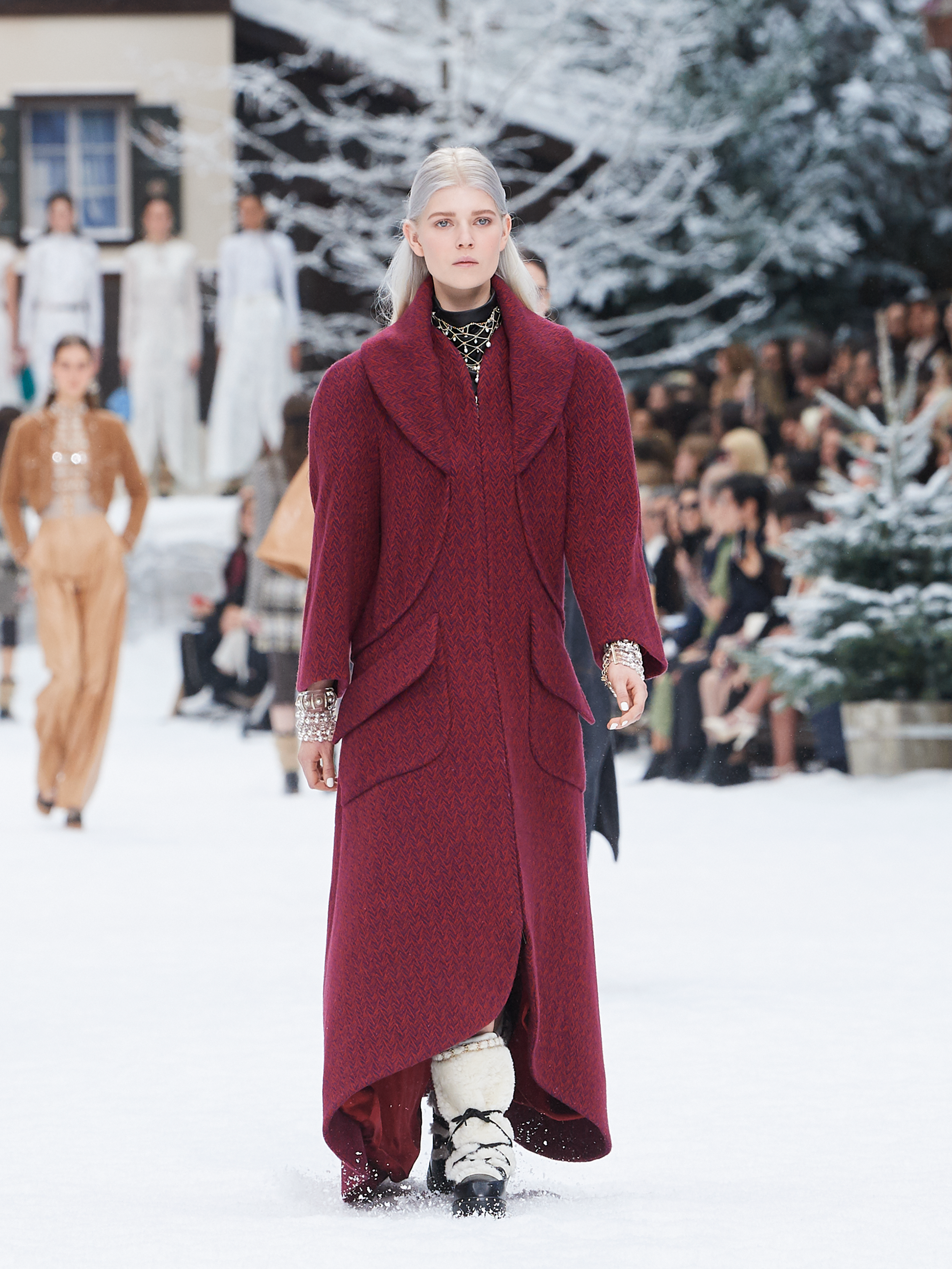 Since Lagerfeld’s passing a few weeks ago, there’s been much debate and discussion about his contribution to the industry and the often questionable remarks he made. Whatever your opinion he was a remarkable artist and showman. His final catwalk show lived up to the fantasy world he was so famous for conjuring. But while the show signalled the end of an era for the French house, it also heralded a new beginning.

This collection formally introduced Lagerfeld’s successor, Virginie Viard, director of Chanel’s Fashion Creation Studio and Lagerfeld’s closest collaborator for more than 30 years. As David Bowie’s “Heroes” faded and the industry drifted out of the fantasy snowscape into the real world, Viard is now tasked with taking the house forward, because just as the invitation (I never did receive) decreed “the beat goes on…”

For more insight into the world of Chanel, check out our tour of Coco Chanel’s apartment.