Helen Cody: The Collection to Covet

You may know Helen Cody for her beautifully ethereal pieces, but this season the Dublin-based designer is offering strength and softness.

When Helen Cody says she’s passionate about ancient Irish textiles, she really means it. Cody recently travelled to an auction house in London and went up against a couple of very determined Chinese and Russian bidders to win a swathe of turn- of-the-century handmade Limerick lace. The designer took home her prize and painstakingly reconstructed the rotting threads before meticulously hand-sewing it – in its entirety – with Swarovski crystals. ?My passion lies in the elaborate,? explains Cody, who finishes each of her exquisite pieces with hand-dyed silk lining. 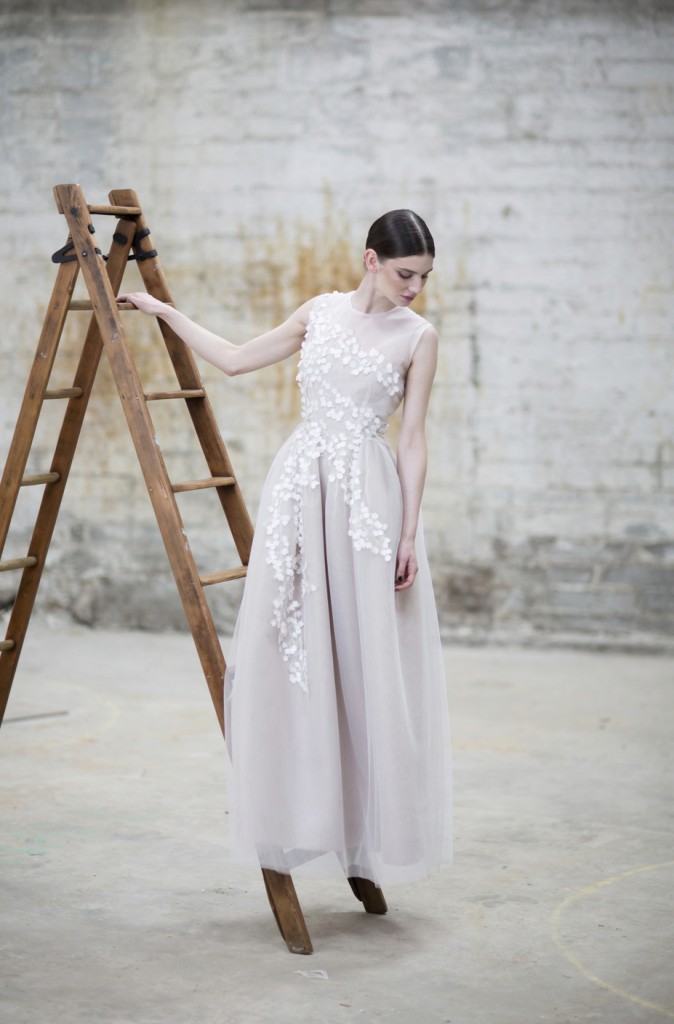 The 49-year-old designer admits that her approach to design is very much craft-orientated. But don’t mistake this for old-fashioned. Cody speaks with equal excitement about the laser-cutting technique she used to create the beautifully textured ?fish-scale? dress in this year’s A/W collection, and she delights in explaining the handmade method behind graphic oversized 3D applique? flowers, which adorn one of the collection’s full midi skirts. Austere knife pleats as well as rigid A-line shapes sit just as comfortably within Cody’s collection as do the ethereal tulles and fragile feathers she’s known for. 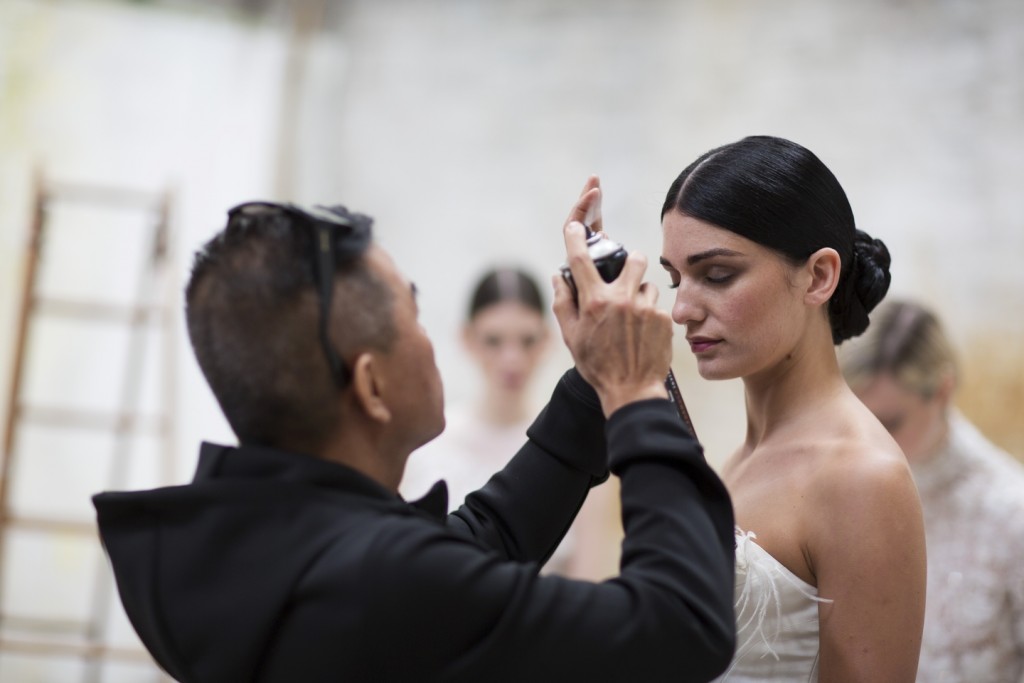 ?I have a strong signature look,? says Cody, ?and an element of that will always be bridal.? A former employee of French Vogue and Azzedine Alai?a, Cody says she makes bridal wear for women who don’t want to look like traditional brides. She does that very clever thing of capturing a feeling of romance within her collections without having to rely on over- embellishment or meringue-like shapes and silhouettes. Her pieces are much more considered than that. And so pieces of bridalwear mix fluidly with the rest of her womenswear – all are beautiful, and wearable, and won’t be boxed rigidly into any defined category.
This season, Cody’s palette of black, navy, white and cream feels unapologetically restrained, but when imbued with modern detailing like sleek shoulder cut-outs and sheer panels, it looks fresh and relevant, too. Each of Cody’s designs is limited edition, and that equates to just two or three pieces, and each is individually tailored, so made to fit your shape with absolute precision. 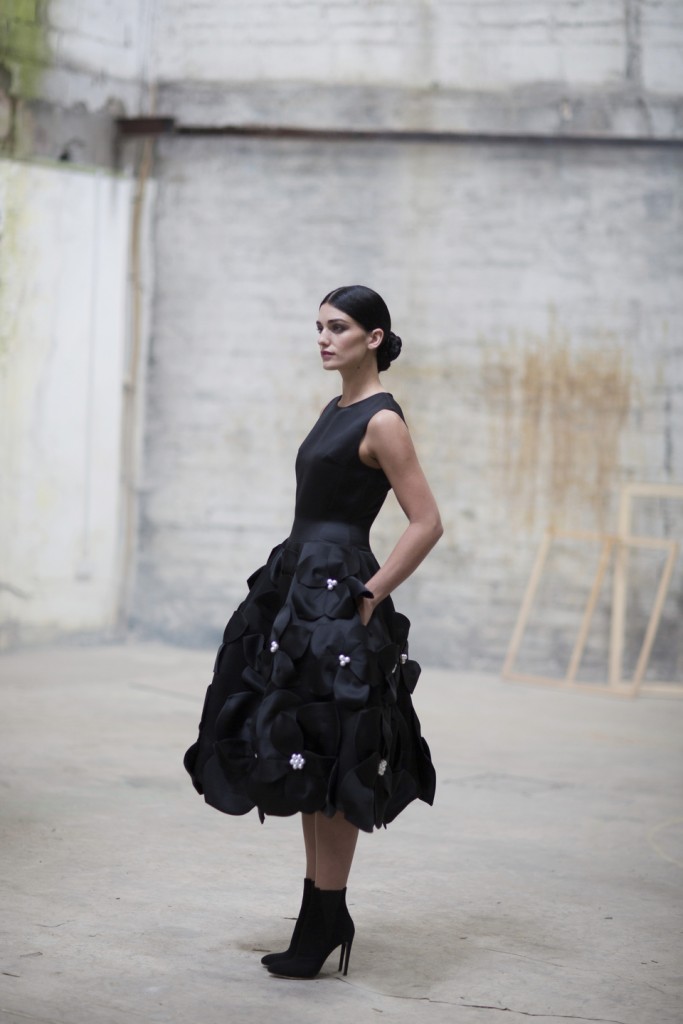 It’s impossible to talk to Cody these days without mentioning that dress – the pink feather and lace creation made by the designer for Stephanie Roche’s appearance at the Ballon d?Or in Zu?rich in January. ?The year certainly started off with a bang,? says Cody with obvious pleasure. ?And it’s just continued to get better.? She is thrilled to be the only fashion designer to be included in the Portfolio: Critical Selection 2015-2016 touring exhibition of 22 Irish makers, which visited the Centre Culturel Irlandais in Paris in June and will open next month in the Coach House in Dublin Castle. For a designer who works from her home studio and has intentionally kept her business small and bespoke, this must be the most satisfying way for customers to view her work. 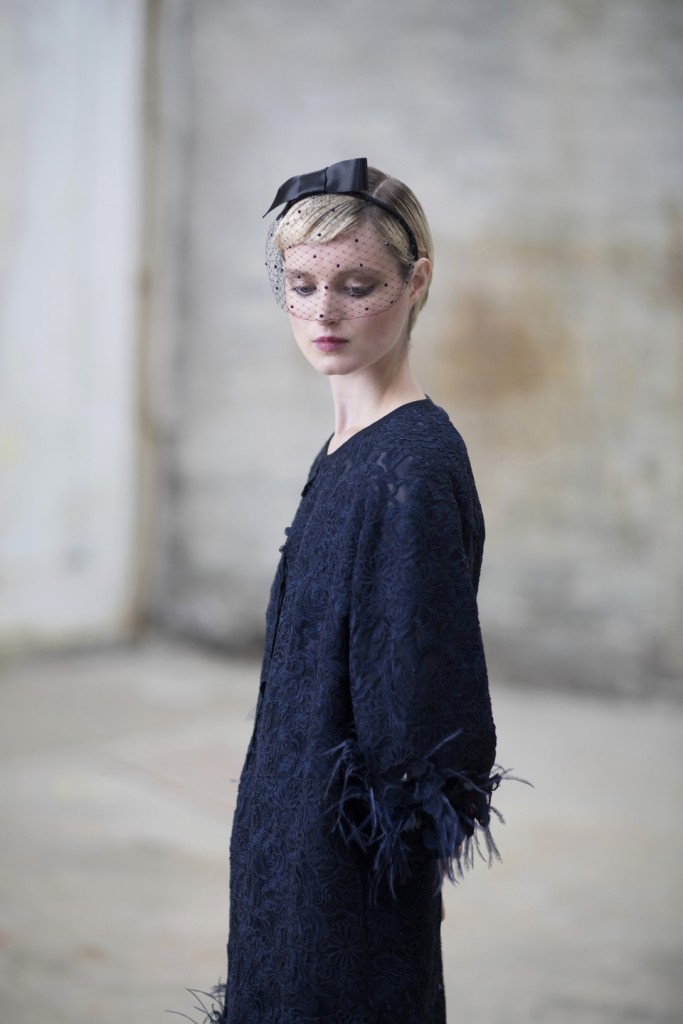 This Article was Originally published in the October issue of IMAGE Magazine.