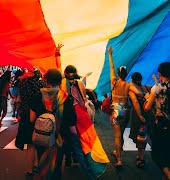 She’s frequently seen on the silver screen (remember Gone Girl?), is our current style crush and has just made her Fashion Week runway debut, for Marc Jacobs no less. Not too shabby for a?first foray into a major fashion event. We’ve always had an inkling that Emily Ratajkowski was set for bigger things, and if her appearance on the mystical Marc Jacobs catwalk was anything to go by, we will be proved right in no time.

Ratajkowski was one of only a select few chosen to walk down the Marc Jacobs runway to officially close NYFW, and she left an impression for all the right reasons. The story goes that if you’re lucky enough to feature in the renowned designers? show, your catwalk career will hit the stratosphere. One model that was privy to this was the current catwalk darling Kendall Jenner. Who could forget Jenner’s fall 2014 debut, in a now infamous nipple-freeing top? Dozens of runway appearances later, Kendall is a bona fide fashion month veteran, and we’re betting Ratajkowski will be next up to wear the t-shirt (and endless, incredible designer gear). Ratajkowski is part of Jacobs’ most recent campaign, so it was no surprise to see her featured in the closing event.

Last night was a dream! Thank you @themarcjacobs @kegrand @bitton for including me in this amazing show ?? #MarcJacobsPremiere

The show was a celebration of diversity and effortless glamour, as only Marc Jacobs can do. It held at the Ziegfeld Theatre, with Jacobs’ name emblazoned above the door in six-foot shining lights. The catwalk weaved in between velvet cinema seats and models (including Bella Hadid, Kendall Jenner and Lineisy Montero) featured as well as singer Beth Ditto. They all walked down a red carpet runway while a star-filled audience looked on. The collection itself was inspired by Americana, from baseball jackets to knit tank tops and plenty of American flag and star motifs.

With her funky hair, killer lashes and military ensemble, featuring a navy two-piece with a light blue button-up shirt, Ratajkowski fit seamlessly into the show. She also wore a matching jacket featuring white stitching at the collar, and trousers showing off pointed white ankle boots with laces. A ?grungy? make-up set the look off.

We have a feeling this won’t be the last fashion week?runway she graces.