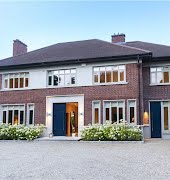 Cosmopolitan Magazine To Be ‘Covered Up’ In US Stores

It has emerged that US fashion magazine Cosmopolitan is to be ?covered up? in at least two retail stores in the United States, amid claims that the covers are ?too racy? for minors.

The New York Times reported that retailers Rite Aid and Food Lion would soon place issues of Cosmopolitan magazine behind ?blinders? to shield minors from the magazine’s sexual content. Kristin Kellum, a Rite Aid spokeswoman, said the retailer would ?continue to carry? Cosmopolitan but was ?working to place future issues of this publication behind pocket shields.?

Food Lion said they would require Cosmopolitan’s publisher, Hearst, to provide a holder that would shield the cover.

The plastic blinders are reportedly U-shaped and hide the headlines that appear around the outside of the cover, but do not hide the cover model or the Cosmopolitan banner that runs across the top of the magazine.

So, are the covers really too racy? As reports suggest the blinders won’t cover the model, it appears to be the headlines on the cover that are causing concern (to be fair, there is usually always at least one headline on the cover related to the topic of sex,) but as many critics pointed out, the models on the cover aren’t usually nearly as scantily clad as say, those that feature on Maxim, so is this a double standard? One could argue that it is. If you’re going to shield one magazine for certain things, surely this should be across the board?

In a statement, Cosmopolitan said that it was: ?proud of all that the brand has achieved for women around the world,? highlighting its coverage of topics spanning health, relationships, careers, politics and gender equality.?

And while we can understand some of the concern behind the sometimes-smutty cover wording, the magazine has a wide range of content tailored towards women, and at last year’s National Magazine Awards (sometimes referred to as the Oscars of the publishing world), Cosmopolitan scored its first win in its 129-year history – for a substantial feature on contraception.

The retailers? moves come in response to a campaign by the advocacy group, the National Center on Sexual Exploitation, to get stores to wrap Cosmo magazines in sleeves or covers, in the way pornographic magazines are covered.

We’ve no word yet on whether the move will extend overseas, but it’s an interesting topic for sure. What do you think about it?