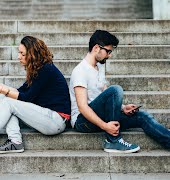 The menopause is the toughest challenge your skin will ever face: Here are products that...

The outfits were unforgettable, it’s true, but let’s not forget the equally fantastic beauty looks that he championed for decades. As it is the Starman’s birthday today and the Dublin Bowie Festival is taking place this weekend, it seemed like the right time to show some appreciation to the iconic makeup he rocked throughout his life.

David Bowie has been immortalised in popular culture, not only for his phenomenal’music, but the fashion choices and intriguing style which he brought to his stage and video presence. With each personality he created and new ensemble he put on, came equally jaw-dropping makeup looks. Though these were drawn from inspirations of their own, such as classic mime (which Bowie studied for a time), it was his fearless commitment and willingness to embody and embrace them that makes them worthy of our appreciation. And despite some of them originating as far back as the early 1970’s, similar’styles have permeated culture since then.

Hearts shattered everywhere when we lost him in 2016 and it’s clear we will never get another artist and man quite like him,?but he truly made his mark while he was here. And though makeup was just a small part of that, as you can see from?the chosen looks?below, it was a rather epic slice of his life.

The music video for “Life on Mars” features a rather striking blue eye shadow and subtly glossed lip, that is effectively?eye-catching, particularly as the entire picture employs a vivid white-out effect. The bright blue is applied in a rounded fashion, reaching well above the eye crease, enhanced with a silver/white in the corners and black liner and mascara (top and bottom). A trademark of many subsequent Bowie looks (due to his enviable natural bone structure), are the prominent cheekbones, brought into focus here with a dusky blusher just underneath the visible point of the bone. A nude lip-gloss with just a hint of pigment finishes the look, bringing it all together for a striking and artistic makeup that gives a nod to the flamboyancy of the?1970’s, but employs the drama and pop of the later 1980’s.

Ziggy Stardust is perhaps the most iconic of Bowie’s personas, with his flaming red locks and various states of flamboyant dress. Continuing on from the look featured above, the eyebrows have been shaved off and an alien-like application of metallic and glitter are used around the eyes and to create a medallion on the forehead. Ziggy was representative of an extra-terrestrial rockstar,’so not only is this look innovative, but it conveys the other-worldly?nature of the being wearing it. A palette of gold and red (exaggerated by the pink tone of the photograph) is used, with the gold spread over the eyelid, up to the browbone. The gold is taken into the corners and underneath, with a smudge of red underlining the eye. Gold bleeds into a pink/red shadow brushed over the cheeks and down the face. The roundel or medallion has a red shadowed outline, blended out into the foundation, filled with gold and dotted with a small amount of glitter. The lip is a vivid coral red, with a gloss finish.

Though the colours are limited, with the strict use of red and gold, the application is so captivating and intense that it is fascinating to behold. A more subtle version of this look could work very well for a ‘going-out’ makeup. If you lowered the height of the eye shadow, taking?it out to a similar winged width, then used the red shadow on the cheekbones only and employed a red lip tint, this would be a beautiful, albeit dramatic, look. If you wish to take it a little further, you could brush?the gold through?the brow and add a sprinkling of glitter.

Although Ziggy is recognised as Bowie’s most famous creation, Aladdin Sane’s lightening bolt?is perhaps the most widely known symbol in relation to the rockstar. Supposedly the red and blue strike represents mental duality – an idea certainly propped up by the breakdown of this characters name: Aladdin Sane – a lad insane. The symbol is so iconic, with its vivid red and blue, encompassing half the face and has been adapted by other artists such as Lady Gaga. The res of the face is coloured with a dusky pink (including the lips), with deeper tones used to give the face depth around the cheeks, chin and temples. ?There are definitely excellent notes for basic contouring in the way this makeup is finished.

Though the colour used for Pierrot was fantastic, it is the clever shade, contour and line that attracts in this look, which is easier to appreciate in black and white. The cheeks are captivating, with the blush/bronzer applied in an arrow-like shape at the very edge of the face, emphasising his angular features. The same pointed line is used for the bow of the lip, descending into?right angles at the lip corners.?The darker eyeshadow (which is a striking red when seen in colour) is lifted above the eye crease and applied heavily under the inner eyebrow, which gives it a moody and morose feel, befitting the sad figure of this melancholy mime.

All The Nobody People

If ever there was a true display of chiaroscuro in makeup, this is it. Initially, this photograph looks like a painting – which is why it is so spectacular. This figure featured in Bowie’s music video for “Blue Jean”, as well as the 20-minute short film Jazzin For Blue Jean (1984). The heavy shadow beneath the eyes, blended out from either corner is both dramatic and sultry. Coupled with the gold shadow on the lid, it creates a dynamic, dark look, making?excellent use of metallic products – a trend continued in the fabulous bronzed lips. This certainly isn’t a practical look, but the eye makeup and lips could certainly be adapted to a wearable level.

Labyrinth, is the best

In playing the antagonist in Jim Henson’s Labyrinth (1986), Bowie took on another dramatic appearance, with multiple costume changes and some interesting eye makeup. For the ballroom scene, the above look was chosen. The brows are shortened and lifted, following the line of dark blue that shoots up from the outer eye. This blue is carried underneath the eye and over the socket, with a lighter, pearl shade filling in the rest of the space. It is’very distinctive and gives the character a more dangerous and sometimes mischievous expression, even when the face is relaxed.

Around the time of his 20th album Earthling (1997), Bowie had adapted his ‘style once more, with short, spiky hair and a small goatee beard. His look was very sharp and it was at this time that the above photograph was taken, showing off his grungy, dark eye shadow. The bare face and dark, roughly-applied shadow works very well, capturing a little bit of the quintessential dark 90’s makeup trends. The look worked exceedingly well as a face for his music stylings at the time, with leanings into industrial rock and techno.

Take a look at some of these ?SS17 beauty looks, which reflect back to similar styles we have seen across Bowie’s life. Now, this is not to say that there is a direct influence, but his stylistic makeup choices remain as relevant and on the money as ever.

This season, blue eyeshadow is championed by Victoria Beckham.

Hydrating masks to wear while WFH that make an instant difference

Hydrating heroes worth splashing out for Post-Zoom meetings, this is...

This new haircare range is going to transform damaged hair

Looking for a dramatic hair change post-lockdown, or to get strength and shine back in your hair? Meet Redken Acidic Bonding Concentrate.

Beauty ingenue Marie Kelly steps firmly out of her comfort...

Self-improvement is a seemingly never end task for the aspiring beautiful woman - but where is the breaking point?

The definitive ranking of lip balms you need in your life

The best beauty products to launch in January

What if you don't want Botox as a middle-aged woman? Rose Mary Roche wishes there was more tolerance of older female faces