Need a makeup refresh to start the summer? The New York, Milan, Paris and London catwalks were awash with new beauty looks and we show you what’s in for beauty this season. 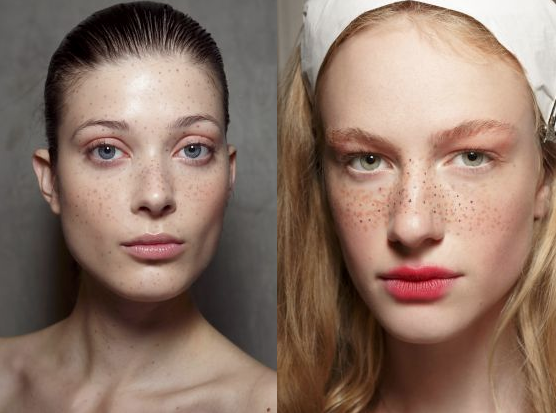 Thank your lucky stars because freckles are back this season courtesy of Preen and Vivienne Westwood. A smattering of freckles on fresh pale faces with a nude pink lip is in. Our time has come. 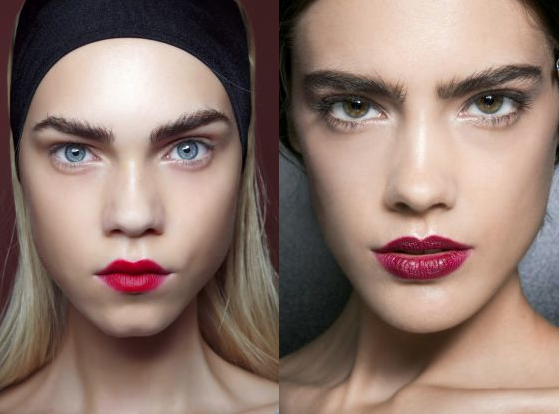 If the S/S 2015 catwalks proved anything it’s that strong eyebrows and deep lipsticks are still going strong. The golden make-up rule of lips or eyes has now become a trilogy – you can do two of the three (lips, eyes or eyebrows) but never all three.

Slicked Down and Natural 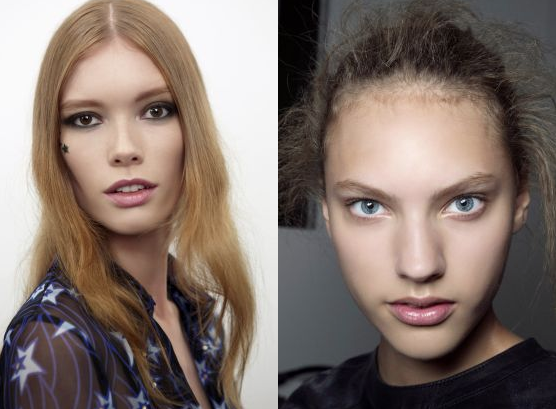 That poker straight hair look is no more so give your hair a break with a more natural look. Phillip Lim and Viktor & Rolf even went so far to create frizz but natural waves with a slicked down centre parting was everywhere. Very 70s. 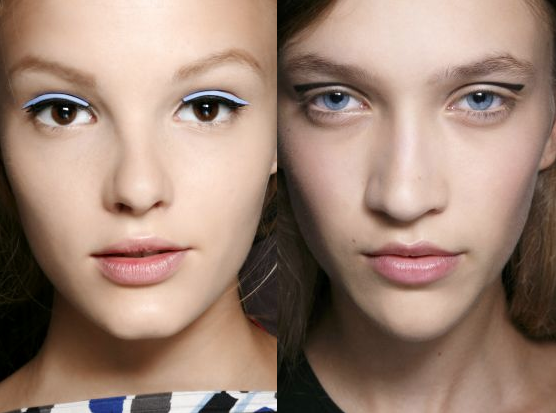 The cat-eye liner got an upgrade this season with block colour, smudging and alternative designs. Try out Fendi’s bright blue or Giamba’s twist on the feline flick. 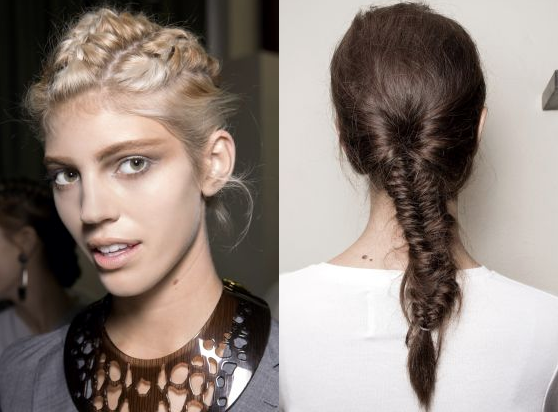 Whether its neat little braids or low pony, the french braid is big this summer. This season it’s about keeping your hair off your face so a french braid is the perfect double act – practical and chic. 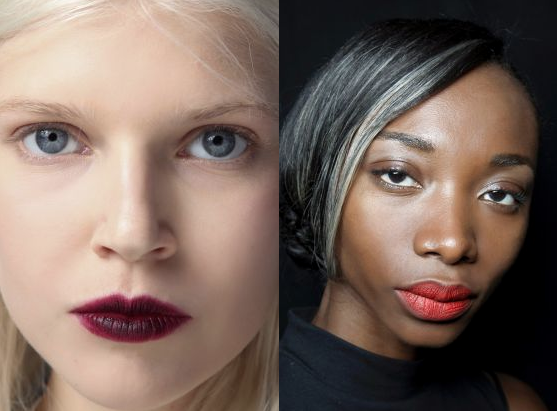 Leave your lip pencils at home ladies. The smudged lip is in and it’s so much easier to do. Just dab colour on the centre of your lips and spread with your finger. Reapply at centre and you’re ready to go.