Pamela Lee and Catherine Hunt will set sail tomorrow morning, depending on conditions

Two female sailors will attempt the first all-female doublehanded voyage around the island of Ireland this week.

Skipper Pamela Lee and her partner Catherine Hunt will be undertaking the challenge in partnership with The Magenta Project, a collective set up to encourage female participation at the highest level of sailing. 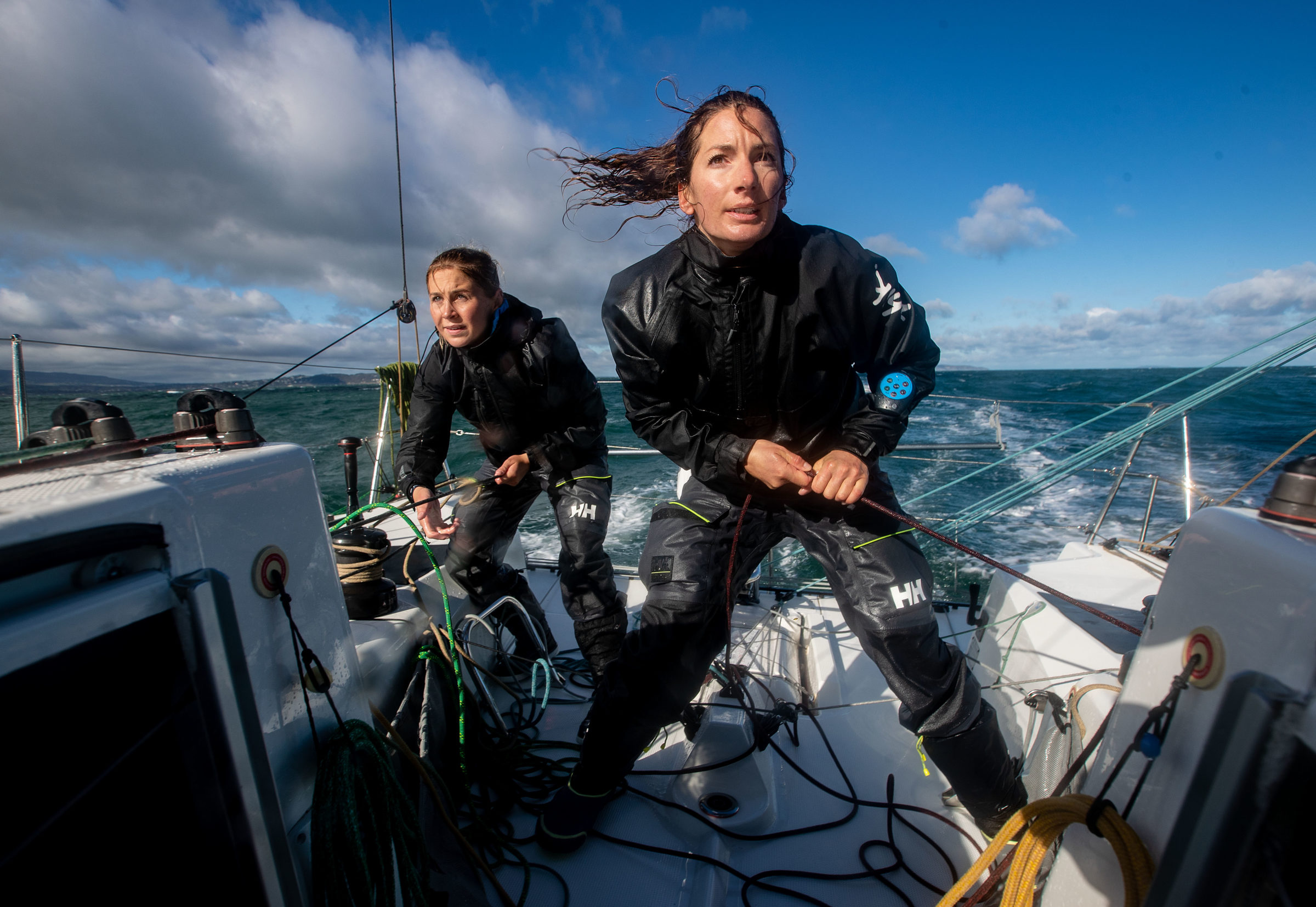 With the news this year that a mixed ‘doublehanded offshore class’ will be included in the Olympics in Paris 2024, the opportunities for women in sailing, especially at a high level, are more exciting than ever. For Lee, this is the driving force behind her voyage this week.

“This is a big challenge for me personally, as a skipper, and for Catherine too, to do something that’s never been done before, but mainly, I’m excited for the story to reach young girls. I want to show them that you don’t have to limit yourself to being the ‘token girl’ on the boat – you can work towards being a sailor in your own right, learning the skills that are needed to be great.”

Shorthand sailing places a high demand on its sailors – both Lee and Hunt have to be skilled in all aspects of offshore sailing, from navigation to boat preparation and sail trimming. Normally, female sailors aren’t afforded the opportunities to look after every area of sailing – something that Lee feels is crucial.

“In a sport that has been historically male-dominated, especially in the more senior roles, it’s become really apparent to me how difficult it is for girls to learn the skills they need. How can you be expected to become great at something if you don’t get the opportunity to learn? Something is needed to bridge the gap between learning to sail dinghies and becoming an experienced offshore sailor – if we want to have sailors going forward in Ireland, competing and representing us globally, we need to start encouraging girls and letting them know that this sport is available to them.” 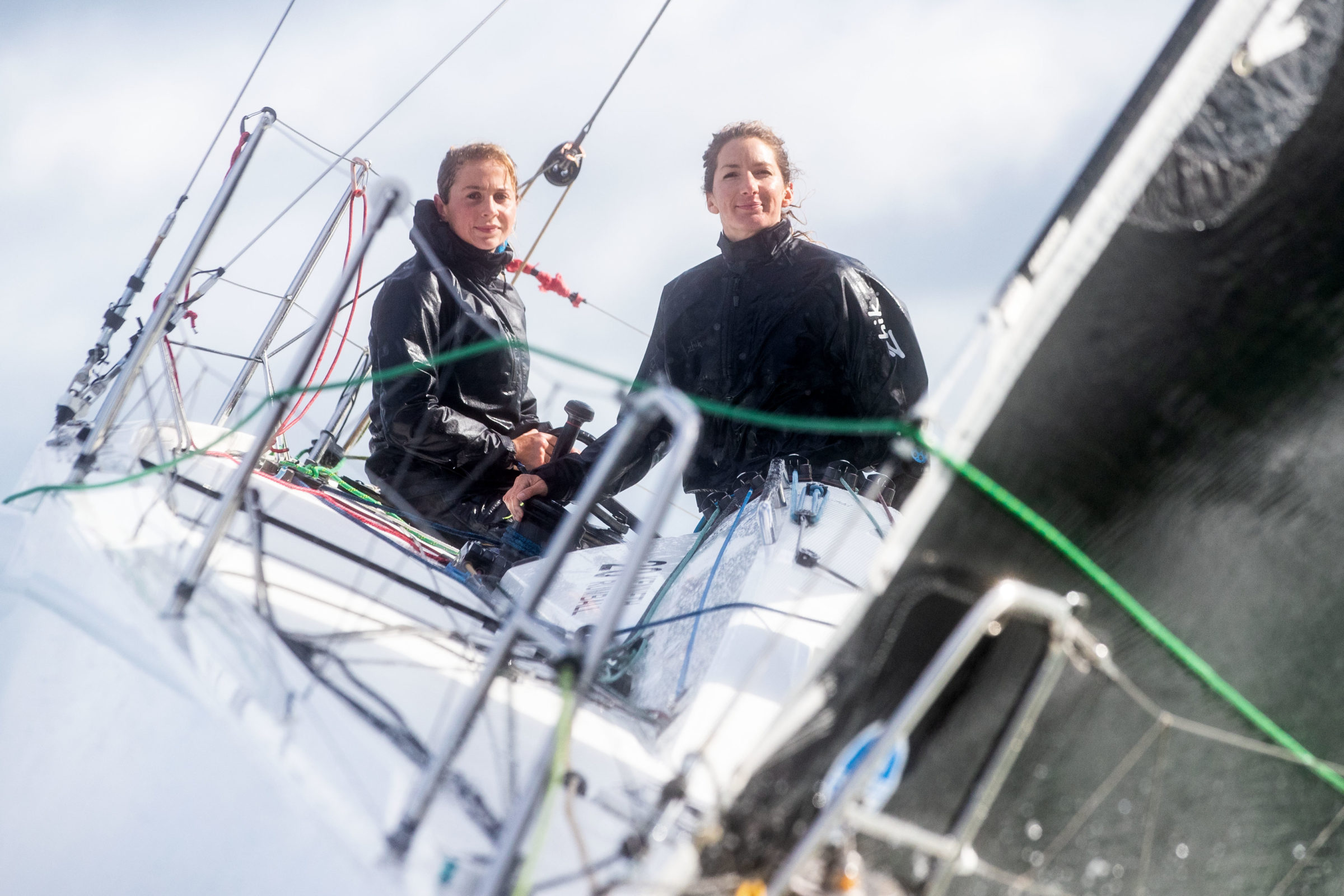 The voyage will take Lee and Hunt from Greystones around Ireland over five days and five nights. While weather conditions and storms are obviously concerns, the biggest challenge for the pair on their voyage? Sleep. “Usually on these types of trips, there is a minimum of 8 in the crew, usually more. With just the two of us, one of us has to be out there all the time, and you can’t leave someone out for long without a break. We’re looking at a two-hour rotation shift – you’re really only sleeping for an hour max at a time”, says Lee.

Lee and Hunt have been preparing their Figaro Bénéteau III racing yacht for this moment, and will set sail early tomorrow morning, depending on conditions. “We’re working with a navigator and have been watching very closely – it’s all about the wind speed and direction. We want to be moving in the same direction as the wind, and to get the balance right – we want to move fast, but we don’t want to risk stormy conditions to do that either”, she explains.

By the end of this week, Lee and Hunt will hopefully have set a new standard for aspiring female sailors around Ireland. Lee says that the pair’s aspirations for their journey have aligned. “We both feel so strongly about creating a pathway for young women and girls to do the same as us in future. We want them to be excited about sailing, to have the opportunity to learn the same as anyone else. It’s about bringing ourselves forward, with as many young girls as possible with us”.