Caroline Flack, Princess Diana, Amy Winehouse, Britney Spears, Jesy Nelson. Our definition of celebrity has changed so much that it's unrecognisable and maybe, unsurvivable.

This is what happens when you don’t fit the “acceptable” mould, writes Amanda Cassidy

In December 2020, Jesy Nelson announced that she was leaving Little Mix after ten years as a member of the four-part girl group.

Speaking openly about the struggles she faces during that time, she wrote in her Instagram statement on the news, “I find the constant pressure of being in a girl group and living up to expectations very hard.”

Formed on the 2011 season of The X-Factor, Little Mix went on to record six UK top 10 albums and four number-one singles. But it has not been an easy experience for Nelson and now she’s ready to talk about the decade in more detail.

Speaking on an episode of Reign with Josh Smith, the singer said that she was “was really, truly unhappy for quite a long time, like, 10 years of my life.” Describing band life as “literally like a machine,” She was unable to ever relax or switch off. “Even when you go home, your phone is constantly going off about work and your life is planned out.”

Finding that she wasn’t taking any enjoyment from the experience and struggling with the extensive and endless routine,  she felt trapped and much of her anxiety manifested around her appearance. “Don’t get me wrong, I had times when there was moments when I really loved it. But it felt like there was way more times when I was sad than I was happy.

In 2019, Nelson was praised for speaking out about her mental health struggles in a documentary for BBC Three. It is no secret that the pressure on her to look a certain way contributed to the pressure.

Fame is a gilded cage – you only have to look at Caroline Flack, Princess Diana, Britney Spears and yes, even Meghan Markle to see that under the red carpet lies a deep pit of ugliness. And it is an ugliness that can destroy. In fact, the after-effects of overnight fame can be even more devastating.

In 2018, British reality TV fans were left shocked when Love Island star Mike Thalassitis, 26, took his own life after appearing on the show.

His death came one year after 32-year-old Sophie Gradon, who had appeared on a previous season, also tragically died by suicide. Another reality show contestant Tiffney Scanlon spoke out about the problem with trying to fit in with other people’s ideas of what is acceptable.

“When you live a lie, live against your values, pretend to be someone you’re not, try to follow others’ footsteps, place your value with someone else… it all ends one way: your own misery.”

For Jesy Nelson, she said it was about her weight. Appearing on Loose Women, Nelson spoke out about the extremes she would go to when she felt insecure about how she looked compared to her bandmates. she cancelled concerts, admitting that she just couldn’t appear on stage with her bandmates because she “couldn’t bear anyone looking at her”. 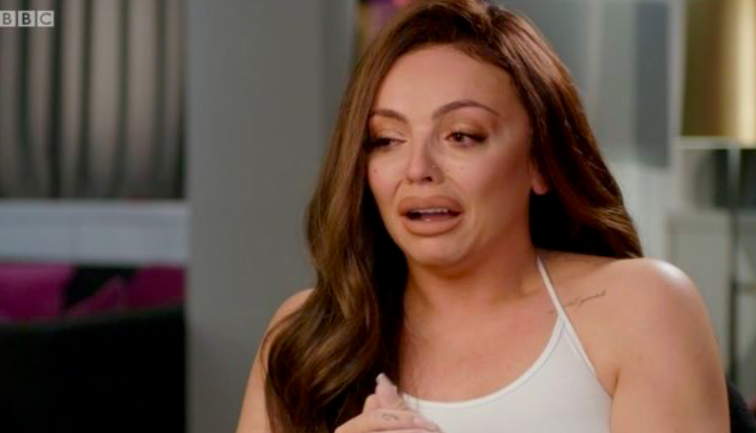 After being trolled about how she looked, Nelson even tried to take her own life. “I wasn’t used to people having an opinion. It consumed me and I just believed everything that was said about me,’ she said.”

In the documentary about her mental health, Nelson says she was completely unprepared for what it meant to be famous.”I had about 101 Facebook messages in my inbox, and the first one that came up was from some random man, saying: ‘You are the ugliest thing I’ve seen in my life, you do not deserve to be in this girl band. You deserve to die.’

“It became the worst time of my life. I wasn’t just known as one of the singers in Little Mix, I was known as ‘the fat, ugly one.'”

Since leaving the band, Nelson says her perspective has changed. She told Josh Smith that she really cared what people thought when she first announced her exit. “I really didn’t want to upset people…But I don’t care anymore because it was ten years of my life that I was very unhappy with. And I needed to take myself out of that and genuinely do what’s going to make me happy.”

Now, she feels like she has really given herself the space to heal from the experience and is now standing up for herself. “I’m actually looking after myself now instead of worrying about what other people think now, and worrying that other people are going to be mad at me or be angry at me.”

A quick look at her Instagram and it seems like she’s gearing up for a new era of music. Her newfound confidence is wonderful to hear, but it doesn’t take away from the tragic impact that other people’s warped expectations affected her life for so long.

One could argue that it is the opposite way round, that those with lower self-esteem may be drawn to fame as a substitute for love and affection.

But it is the narrow window of expectations that is the main issue. And straying outside of the lines other people have drawn in the sand for you, means punishment, being cancelled, mocked, trolled, and taunted.  For years, celebrity has taken the form of a cult: of personality, of worship, of obsession. They sparkled and we reached out to try and catch their stardust.

But then the rules changed. Now in an era of smartphones and 15-minute celebrities, we started to crave real…messy lives. The round-the-clock coverage meant we now consumed Lindsay Lohan’s cellulite, Britney Spears looking bedraggled eating a sandwich. We gave them a new burden too, they have to stand for something – be beacons, have a cause.

Our barometers for fame have short-circuited. The pretty-but-dumb act became popular thanks to Paris and Kim. Causes were carefully monitored by fans and followers – sustainability and humanitarianism are acceptable. Other things, not so much. We have only narrowed further the unspoken code when it comes to celebrity.

We publicly applauded body-positivity but privately zoomed-in gleefully on the lumps and bumps of those who hadn’t lost the baby weight.

Not all of us, granted. But being surrounded by unrealistic beauty ideas has been unconsciously absorbed. Filters, perfect lives, faux-happiness abounds on social media. Why are we still playing this game?

While we continue to nod along with the idea that being skinny and perfect is every woman’s sole motivation in life, mental health problems will continue to mount

Jesy Nelson called it out. She felt it, she almost died because of it, she highlighted it and now she has walked away from it. While we continue to nod along with the idea that being skinny and perfect is every woman’s sole motivation in life, mental health problems will continue to mount.

We can’t ignore the metaphoric body pile in the corner for much longer. Jesy Nelson did what she had to do. She is a normal human girl. But in a world where you can’t fit in unless you follow the ‘code’ for being in the spotlight, she never really had a chance.

‘Fame is a trauma’: Cole Sprouse on how Hollywood sexualised his female co-stars growing up

How one Irish mother helped her Ukrainian surrogate escape

How to put yourself first, and why you need to

How a motivational speaker changed my life…kinda

‘I am starting to see a glimmer of hope’: Louise Thompson bravely opens up about postpartum PTSD diagnosis