A small and restricted site could put some people off, but John McLoughlin Architects and Anima prove that it just needs some creative thinking.

Manoeuvring in and around this tight Dublin mews project and assuring the privacy of both the client and their neighbours’ were the two central challenges presented to John McLoughlin Architects and Anima. Previously a single-storey commercial building, the client wanted to create a two-storey 112-square-metre urban home. However, in an area of architectural conservation and located down a narrow lane, they were limited in what they could do in terms of site lines, windows and structural changes. 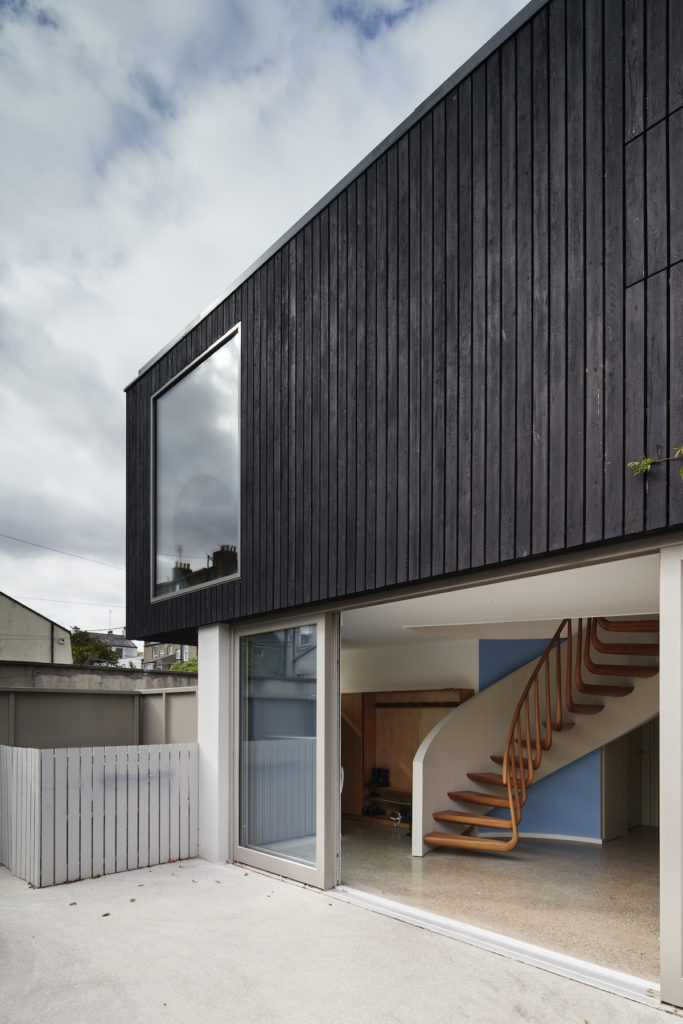 “A key decision early on was to locate the living areas at upper level and bedrooms at ground floor level,” explains architect Aoibheann Ní Mhearáin, who made up part of the team working on the project, which was built by Principal Construction. “This meant the more private areas were easier to maintain as private, and the living areas could take advantage of the views possible at first floor level.” 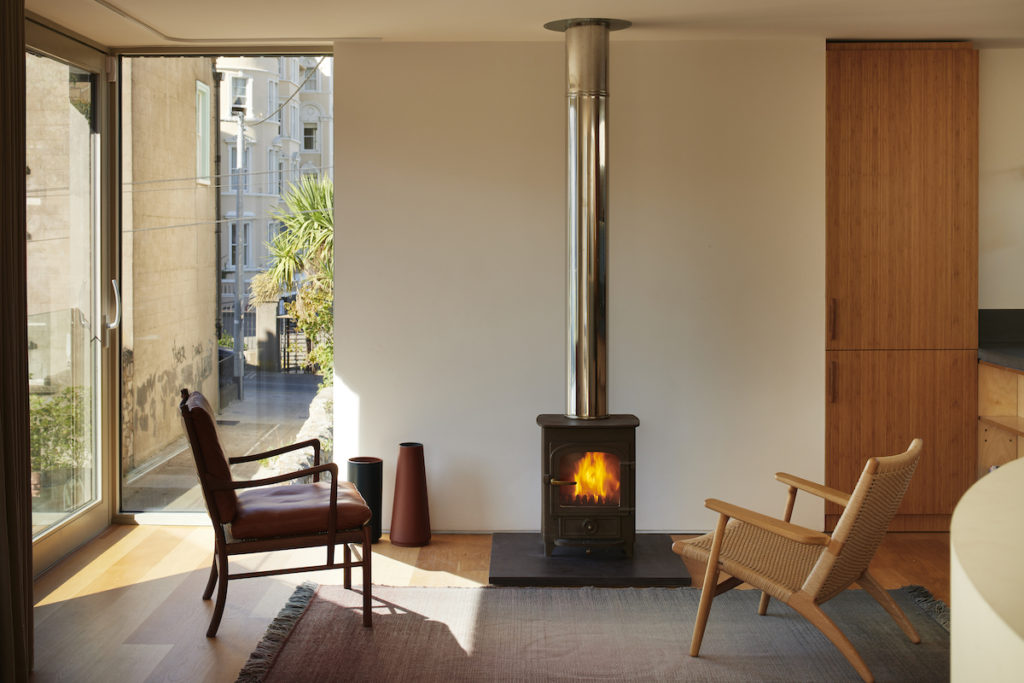 To ground the exterior of the building in the rest of the historical suburban streetscape, the ground floor was clad in granite to tie in with the boundary walls of the house, while the upper floor is covered in a blackened larch timber. “It doesn’t require maintenance and echoes the dark slate colours on nearby roofs, with a very contemporary feel,” says Aoibheann. Sliding steel screens allow for vehicle access and a recessed front door, with the larch upper floor floating above it, offers a threshold space between the door and the street.

Internally, a large sliding door from the private courtyard floods the ground floor with light. One of the trickiest elements was situating windows where they capitalised views and light but didn’t overlook surrounding homes. Upstairs, large floor-to-ceiling windows look onto the lane, while windows above eye level were used on both floors to highlight selective views. These narrow horizontal windows “anchor the project in place,” says Aoibheann, while also giving light without compromising on privacy of this awkward site.

How to use paint to create features in any room

If your space feels a little flat, there are clever ways you can use paint to highlight features or even create the illusion of them where there aren’t any.

We may be stuck at home but that doesn’t mean...