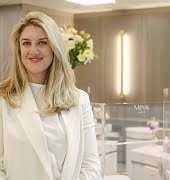 With soon-to-be-three salons, a beauty brand and a little one at home, Kate Verling of...

‘I feel like I’m the missing link’: New details emerge in The Jinx’s Robert Durst trial

The trial of millionaire Robert Durst, the subject of the HBO crime documentary "The Jinx," recently in Los Angeles after a break of more than a year because of Covid-19.

He’s on trial for just one murder, but for 40 years, serious allegations have always followed him around. Durst is on trial accused of the murder of his friend Susan Berman killed by a bullet to the back of her head in December, 2000 but two other killings Durst is allegedly involved in will no doubt be on the jury’s mind.

The unsolved death of Durst’s wife 40 years ago provides a potential motive, and the killing of a former merchant seaman in a Galveston, Texas (he insisted it was self-defense) illustrates Durst’s bizarre life on the run as a suspect. In that time, he posed as a mute woman, dismembered his neighbour after shooting him in the face, got arrested for shoplifting a sandwich, got acquitted of murder by a jury, then the documentary came out.

He came to nationwide prominence in The Jinx, a groundbreaking six-part documentary directed and produced by Andrew Jarecki and produced and shot by Marc Smerling (the Oscar nominees behind Capturing the Friedmans). The story delves into the strange history of real estate heir Durst, long suspected in the still-unsolved 1982 disappearance of his wife Kathie as well as the subsequent murders of family friend Susan Berman (whom is is on trial for allegedly killing) and neighbour Morris Black.

It features an extended, revealing interview with Durst himself, with whom Jarecki developed a unique relationship following the release of All Good Things, Jarecki’s 2010 feature about Durst’s life starring Ryan Gosling and Kirsten Dunst. `The Jinx was the result of nearly a decade of research by the filmmakers, who expose police files, key witnesses, never-before-seen footage, private prison recordings, and thousands of pages of formerly hidden documents.

And the reason it all blew up? That ending.

Durst allegedly confessed to being a serial killer on a hot mic to documentary filmmakers while he was going to the washroom – he had no idea the mic was still on.

“What the hell did I do?… Killed them all of course.”

He was charged and later convicted on firearms charges and has remained behind bars while simultaneously awaiting trial in Los Angeles for the Berman killing.

His defense insists the ending was edited together to form a particular narrative.

Now 78, he is in jail, on the stand for just one alleged murder. And the alibi that Durst maintained for years – that he was hundreds of miles away at the time of the Berman killing – has collapsed.

He has also admitted penning an anonymous letter alerting police to the dead body at Berman’s home – a letter that, while Durst was still sticking to his alibi, he acknowledged could have been written only by the killer (the handwriting and spelling mistakes match his).

Yes, Durst was at Berman’s Benedict Canyon home in the hills above Los Angeles, his lawyer Dick DeGuerin said in his opening statement. Durst wrote the note tipping off the police. But he did not kill Berman.

Durst merely discovered the body after she had been shot, execution-style, in the back of the head, and then panicked.

“Bob Durst did not kill Susan Berman and he doesn’t know who did,” he added.

Now Jill Biden’s ex-husband revealed that he had an intimate relationship with Kathie, the first wife of the accused killer — just 10 days before she vanished in 1982.

Bill Stevenson, who was married to the first lady from 1970 to 1975, said in an interview that he decided to open up about the affair for the first time because of Durst’s failing health and ongoing trial.

“I feel like I’m the missing link in this case,” he said. Durst knew of the affair, Stevenson says. “People have to understand that this guy is a monster — I saw it in his eyes,” he added. “I think [the affair] would have driven him crazy. And I don’t feel guilty about that. He was abusing her and she wanted out. I do not regret that,” he said.

The trial is due to continue after it was paused due to Durst’s health problems, in a true crime story you couldn’t make up.

The original Sanderson Sisters will return for Hocus Pocus 2

The news we didn’t know we needed today, the original cast from our favourite Halloween movie (possibly ever) will return...

Sarah Ferguson offered her royal expertise to ‘The Crown’ writers, but it seems that they were uninterested in her input....

A small and restricted site could put some people off, but John McLoughlin Architects and Anima prove that it just needs...

‘The Devil Wears Prada’ celebrates its 15-year-anniversary this year and the cast and crew have been divulging previously unknown secrets...

Perhaps it’s time to dream of another life, a total change?

For many of us, the pandemic has offered a chance to reflect, to think about what is important to us....

This spacious Victorian home has beautiful interiors that balance its period details with modern style, as well as a large back garden.

There’s something strangely alluring about the rise and fall of a long game con. Here are the real-life stories which...