Your complete guide to Iceland Airwaves: Geysers, waterfalls and a hefty list of new bands to enjoy

As a woman who’s half human, half festival goer, I’m always looking for new thrills on the music festival front and with Iceland Airwaves, I managed to combine an entirely new festival experience with a trip of a lifetime.

Iceland is a country that prides itself on its progressive nature and the line up for this year’s Airwaves is a testament to that.  By achieving a gender 50/50 balance with its performers, the festival proves that they’re ahead of the curve in equality and that any booker  that says there’s not enough female performers to fill a line-up is talking pure pony. The construction of Airwaves line-up also means that the most famous names on the bill aren’t necessarily the main attraction. Airwaves is essentially a showcase to equally promote artists from all over the world so when you’re heading back to Reykjavík Airport, not only do you bring home photos of geysers and waterfalls, you have a hefty playlist of new artists to enjoy. 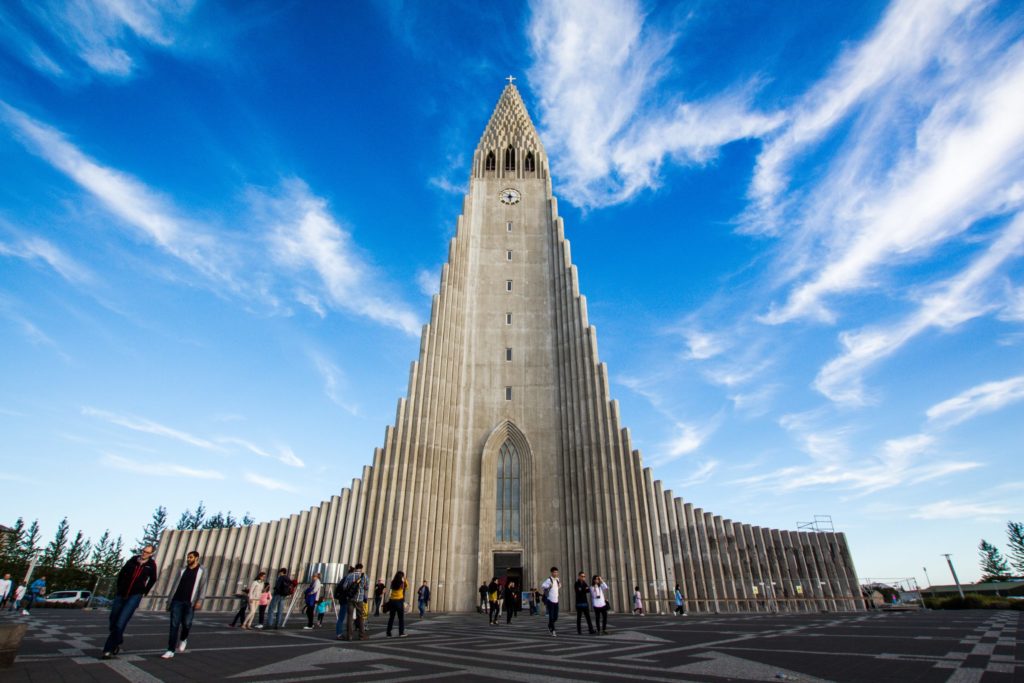 Of all the bands I saw across the weekend, these five acts made the biggest impression.

The Rhythm Method – soundcloud.com/thrhythmmthd
Rowan Martin and Joey Bradbury are two London boys that put the panache back into pop. Using droll humour, deeply British cultural touchstones like Cherie Blair and sneaking in the rap verse from  Robbie Williams’s Rock DJ in between songs, their songs make you laugh just as much as they make you dance. Think of them as The Streets meets the Pet Shop Boys, with Del Boy mixed with Mik Pyro fronting the whole show.
Listen to: Something for the Weekend


Berndsen – berndsen.bandcamp.com
Using the 80s as a sound, colour and attitude palette to work from local group  Berndsen played to a full and sweet audience in Húrra, officially turning the night into a dance marathon. If Gary Numan and Erasure were to co-write the theme song from an 80s cop show, it would sound something like Berndsen’s dark n’ dreamy synth pop.
Listen to: Supertime

VAZ – soundcloud.com/vazofficial
VAZ are a sister and producer duo from Sweden via Cape Verde. Heavy on drums, their music is deeply rhythmic  and to watch them onstage is completely hypnotising. Songs like Roots and Sunshine are designed to get your body moving and their live cover of Tracy Chapman’s Fast Car is darkly beguiling. Offstage, the sisters run the all-female platform and network Studio XX. Through this, they help create opportunities for female producers, artists and songwriters in the music industry. My kinda gals.
Listen to: Wintertime

Off Bloom – soundcloud.com/offbloom
Throwing herself into the crowd and grabbing the face of a man in the front row to sing her heart out, Off Bloom singer and producer Mette Mortensen knows how to lay it on hard. The Danish electropop trio of Mortensen, Alex Flockhart and Mads Christensen thrashed out pop bangers and made it rain glow sticks during their 40-minute set in the basement venue of the Silfursalir restaurant, making them my ultimate Airwaves highlight.
Listen to: Falcon Eye

Alma – cyberalma.com
Finnish pop star Alma is part of the roaming pop brat pack that consists of Charli XCX, Tove Lo, Mø and  Tove Styrke, which loosely translates to her being a bit of a bad ass, extremely talented and unafraid of crossing boundaries in her music. The 20-year-old with neon green hair played the biggest stage at Airwaves, the main hall in Reykjavík Art Museum, and even though she’s yet to release her debut album, she has a knack for delivering insanely catchy songs, like Phases and Dye My Hair, enthralling old and newly-established fans.
Listen to: Karma 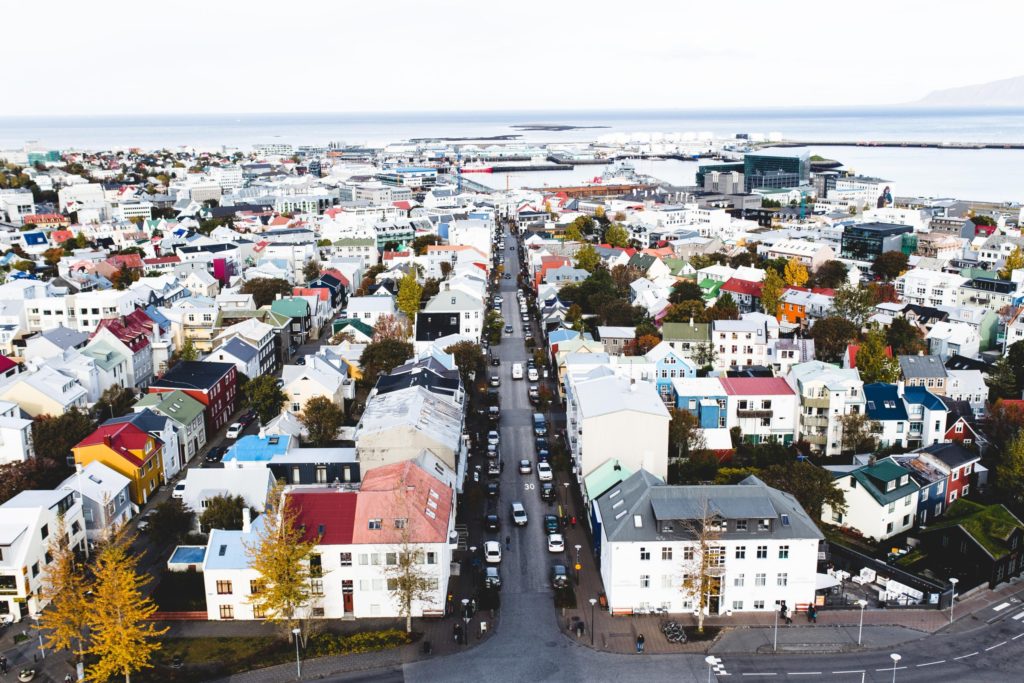 Like most festivals, there are a few tricks that you need to pick up to make the most of your time there. These tricks mostly combat the expense of wining and dining in Iceland (a round of three drinks cost me €40 one night) but these tricks are also useful when you’re doubling up as a tourist at a festival.

Where to stay
For the majority of the week, we stayed in this apartment on Lindargata, a residential street that’s less than three minutes away from the main shopping street Laugavegur. Six of us slept comfortably here  and for six nights, it cost €996 in total. For our last night in Iceland, we stayed in Base Hotel because it’s close to the airport and our flight was at 6:55am., which meant a 4:15am alarm call. A double room for one night costs €56.37 and a shuttle bus runs every half hour to the airport.  The shuttle service costs approximately €7 per person.

Where to eat and drink
Food and drink in Iceland is, to paraphrase a commonly hated Bank of Ireland, “ching ching, bitta cash, you know?” Knowing this in advance, we stocked up on duty free booze in the airport (Iceland is outside the EU so we took advantage of that) and made regular trips to Bónus, Iceland’s low price supermarket for frozen pizzas and Cheerios. Yup. Lean times. But the times we did eat out, we ate well. And the times we drank, we kept it to Happy Hours, of which there are plenty, and snuck in booze in plastic bottles.  Here are my top recommendations:

Mokka Kaffi – Skólavörðustígur 3A, 101 Reykjavík
This café  serves up one hell of a mocha, plenty of delicious pastries and ham and cheese toasties served with pineapple or asparagus. Kitted out in 70s decor, you might recognise it from the cover of John Grant’s 2013 album Pale Green Ghosts.

Aktu Taktu – everywhere
If the hangover hits you hard, I highly recommend a burger from Aktu Taktu. Their hamburger sauce is the burger sauce equivalent of holy water from Lourdes.

Icelandic Street Food –   Lækjargata 8, 101 Reykjavík
As you navigate the city of Reykjavík, you’ll notice that many places brag about having the best soup in bread in town but Icelandic Street Food has the all you can eat element on its side. For 1990 kr (that’s approximately €14), you can have a hefty serving of their  two soups of the day in a hollowed bread bowl and get as many refills of either soup as you like. €14 though is still quite an amount to pay for soup but it served us well.

Miami – Hverfisgata 33, 101 Reykjavík
It’s worth visiting Miami for its kitsch interiors alone but their cocktails are rather jazzy. The night that we visited, we were treated to a short but hugely entertaining concert from Bartónar, the Male Choir of Kaffibarinn, and a range of cocktails made from Brennivín, Iceland’s signature schnapps.  Traditionally, Brennivín was served as an accompaniment to  fermented shark meat  but it’s having a bit of a trendy revival in Reykjavík now so it’s now making its way into hipster cocktails.

Prikið – Bankastræti 12, 101 Reykjavík
The night we drank here, the DJs in Prikið were playing remixes of PM Dawn’s Set Adrift on Memory Drift but the night the rest of our friends visited, they were playing classic hip-hop songs and Björk was there dancing. So… anything goes. Oh! And you can swing the lights from the ceiling, which is quite a liberating thing to do. 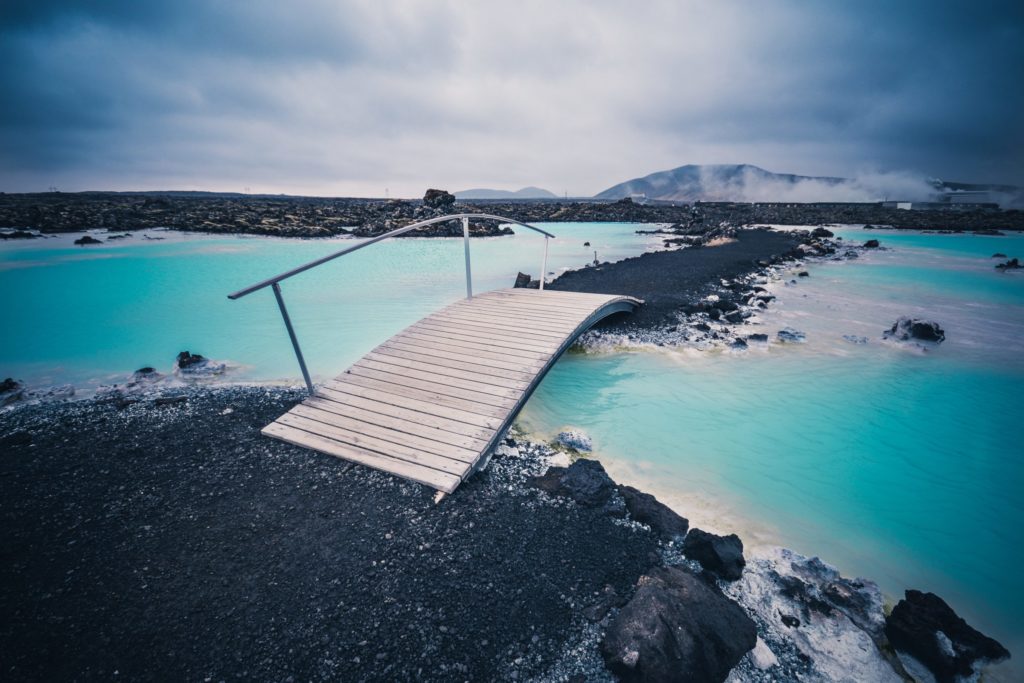 What else can you do there?
A visit to the The Icelandic Phallological Museum is a must. When paying in, make sure you take the audio tour. It’s highly entertaining. phallus.is

Go for a swim in  Laugardalslaug’s heated outdoor swimming pools and test out their hot tubs that go up to 44 degrees in heat.  visitreykjavik.is/laugardalslaug

There are plenty of ways to explore Iceland but we chose to go on BusTravel Iceland’s Golden Circle Tour. We were picked up at 8am and over the course of the day, we visited the Geysir geothermal area, were amazed by the Gullfoss waterfall, took a hike and some very scenic photos in Þingvellir National Park and we took a dip in the Secret Lagoon of Fluðir before we were dropped home at 5pm. All of this cost €80 per person. bustravel.is