Sligo brethren, we have some whiling-away-at-an-art-exhibition news for you. This weekend Mark Garry’s A Winter Light?opens at The Model where Garry has been artist in residence since the beginning of the year. His intricately constructed spectrums of coloured thread installations have been attracting acclaim around the world in recent years, with appearances in Dublin’s Kerlin and Venice’s Biennale standing out.? 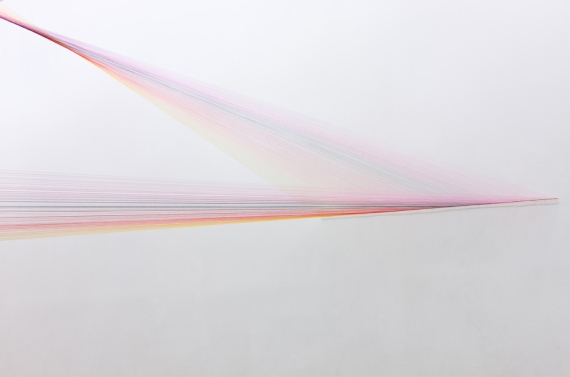 This show,?A Winter Light, will include a mix of media from Garry encompassinf his stunning threaded installations as well a highly anticipated collaborative music project on February 15th with actor Cillian Murphy and Berlin-based musician Nina Hynes, along with a host of Sligonian musicians and artists. The music part of the project will all come together for a live event on Feb 15th at The Model.?Get your spectrum on.