Win: Irish Premiere of The Seen and Unseen at the Dublin Feminist Film Festival

Dublin Feminist Film Festival has established firm roots on Dublin’s cultural calendar, shining a spotlight on women in film. DFFF promotes and celebrates female filmmakers, hoping to inspire and empower others to get involved in filmmaking. This involves considering women on-screen, but also behind the camera, through celebrating and showcasing fantastic female filmmaking, as well as demonstrating that women make compelling and complex characters and subjects.

The fifth DFF festival is due to take place in the Light House Cinema this coming November 21 and 22 and to celebrate, we have a pair of tickets to give away to an exclusive premiere. 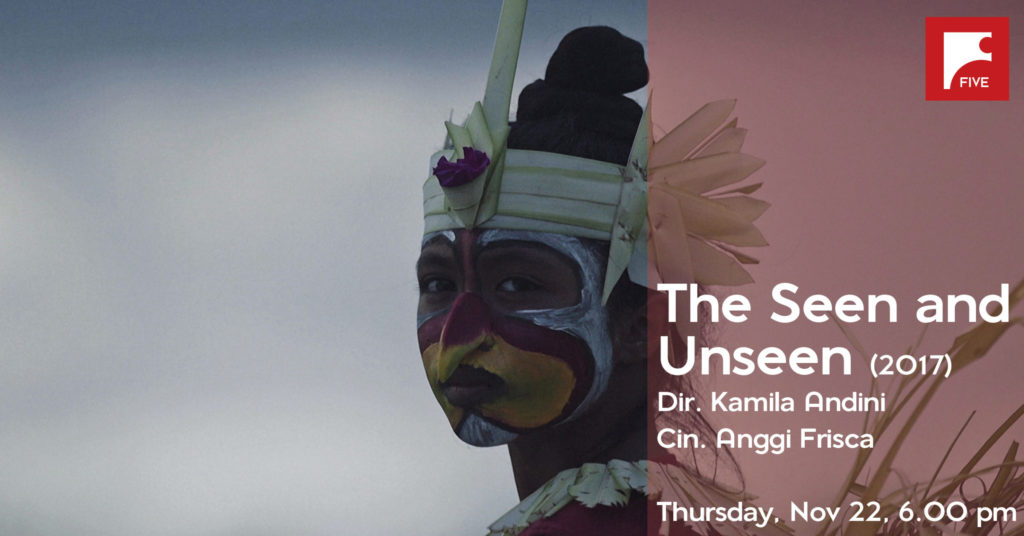 Directed by Kamila Andini, The Seen and Unseen, the second feature directed by Andini, is a follow-up to both her acclaimed debut, The Mirror Never Lies, and her short film Following Diana, also shot by Anggi Frisca. An elliptical tale that deftly interweaves realism with a theatrical mythology, it examines the trauma facing young Tantri as she and her family nervously await a prognosis for her hospitalised twin brother, Tantra.

Reluctant to visit him, she escapes into memories of happier times, presented at first as simple flashbacks. But as his condition lingers, her mental flights take on a more fantastical quality. Frisca’s camera imbues both natural landscapes and drab interiors with a sense of slow-building wonder and mystery – she also manages to shoot some of the darkest sequences you’re likely to see in contemporary cinema, which develops the film’s ethereal metaphors in a way that transform Tantri’s loneliness and grief into something more intimate and profound.