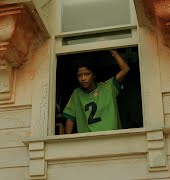 Why the saying: ‘never trust anyone who hasn’t worked in retail or hospitality’ has never been more true

We’ve all heard the phrase before, but the further I go in life the more I realise it to be true.

I got my first job at 16. Not long after my birthday my Mum marched me down to the local supermarket, CV in hand, to get a job.

By the age of 26, I had worked in retail for a decade. Starting off I was a sales assistant in a supermarket working part-time through school and college. Then I made the switch over to fashion retail where I worked my way up from sales to stockroom, then supervisor to manager.

I’ll be honest, by the end of this ten year stint I was well and truly done with retail and the many downsides that come with the job. It’s hard work, both physically and mentally. But, I don’t think I’d be the person I am today without having done it.

In June of this year Alexandria Ocasio-Cortez tweeted in criticism of Ivanka Trumps’ attendance at the G20 Summit. Many were of the same mind, that just by merit of being the President’s daughter did not entitle you to attend this meeting of world leaders.

Piers Morgan, who we are now used to seeing riling up arguments on both Twitter and Good Morning Britain, had this to say in response;

“Could be worse…Ivanka could have been a bar-tender 18 months ago.”

Ocasio-Cortez is a Congresswoman for New York, specifically the Bronx and Queens areas. Speaking out regularly on issues such women’s rights, climate change and poverty, she is articulate, well-informed and passionate. But, it is her background in hospitality is what Morgan chose to belittle her with.

Why does it matter that she was a bar-tender? Ocasio-Cortez worked this job, as well as another to put herself through college. If anything this shows her dedication to her career path and tremendous work ethic to get herself there.

Not a lowly job

This comment from Morgan also shows the consistent snobbishness towards those that work in these industries. Many consider roles such as sales assistants and waitressing to be beneath them, jobs for the un-educated.

The opposite couldn’t be more true. Through my own time in this line of work I met some of the most interesting and talented people I have ever known. Many of which went on to be writers, accountants, designers, psychologists and more. Often, this is the type of job someone will take on to support themselves whilst studying for their true passion.

If anything, these people should be applauded. The flexible (read: late nights and weekends) working hours means workers can juggle these roles around childcare, college and thesis writing. They are working harder than almost everyone else out there, and having to do it with a smile on their face too.

The fact he deemed this a negative in her career history shows he has no real concept of what the job teaches you.

Interestingly, when you deep dive into the comments under Morgan’s tweet there were many in agreement with him. It seemed the general consensus was that this is not a role that gives you the qualifications to run the country, I couldn’t disagree more.

All one needs to do is look at the UK Parliament at the moment so see that coming from an upper-class, private-school background doesn’t guarantee you’ll make a great politician. It can leave you out of touch with the real world and the needs and struggles of everyday, normal people.

Related: 7 things to know before you take on a role in management

If anything, this experience makes her more qualified. The un-sociable hours, lifting boxes and deliveries, standing all day as well as dealing with the general public. It requires the patience of a saint and is a job that should be respected.

Unfortunately, despite all the reasons why this is a tough job, it is most often massively under-paid. Usually done by younger people working long hours for minimum wage, with little chance of bonuses and no other real benefits. Therefore seeing someone like Ocasio-Cortez take these experiences and bring them into the world of politics is very inspiring for younger generations.

Dealing with the general public on a day-to-day basis is not easy. But, sometimes it’s fantastically rewarding, like helping an elderly person to their car, finding someone that perfect dress for an occasion, as well as getting to know some of your regular customers.

Where I worked previously, fitting rooms became confessionals. Trying on clothes can be quite personal and emotional for people and when they’re standing there in their bra and pants they start to tell you intimate details about their lives.

Related: Books you should read if you’re thinking about a career change

I’ve had women tell me they’ve just finished chemo, who’s husbands have died, who are going back to work after their first baby, all needing help finding an outfit that will make them feel their best. Sometimes, it was as simple as women who’s daughter had emigrated and had lost their shopping partner, so would always appreciate your opinion when they were trying on.

These are the moments I loved, making a real connection with people and helping them in some way. For anyone who disregards someone as ‘just a sales assistant’ they have no idea how much a patient and kind sales person can really help someone who is going through a tough time.

What if everyone did it

I have been screamed at sworn at, had to grit my teeth and smile as well as learned to cope in these stressful situations. The communication and tactical skills this can teach you just cannot be learned elsewhere- trust me an irate customer who is 100% in the wrong on Christmas Eve will teach you a lot about your own temperament.

Having worked with a variety of people in all different positions I find it easy to spot those who have never had a job in retail or hospitality.

A lot of the time I find there is a sense of entitlement, and very little regard for how long a task may take someone to do. Also, they can lack the ‘everyone muck-in’ mentality you get from stressful days on the shop floor.

Imagine if all our politicians here in Ireland had this experience at some point in their lives. How differently would our country be run?

Knowing that our leaders had also at some point worked long hours with low pay, and had to smile whilst doing so, would make for a very diverse and fair government. One can only hope that more ordinary people work their way up to get there.

Read more: A guide to being a sound Christmas shopper (from someone who worked in retail for years)

Read more: ‘Over-qualified’ for a job? What it means and how to manage it (and get the job you want)

Read more: Taking a pay cut in your 30s puts you at risk of memory loss and impacts ageing

How veganism took over the world