When Did We Allow Halloween To Become So Distasteful?

Terrorizing clown costumes, misogynistic-inspired and hateful fancy dress, and a heightened sense of uneasiness: when did Halloween become so distasteful and, frankly, harrowing?

Growing up in the 90’s, Halloween was a very special time in my Northside Dublin neighborhood. The colder days and falling leaves were a sign to start thinking about costume choices; which were always either a witch or wizard or cat (or a weird combination of all three), a vampire, a ghost – complete with an?old bed sheet, a black bin-bagged skeleton, or a tissue-paper zombie. The ludicrous idea of buying costumes during these simpler – arguably happier – times were notion-filled dreams.

October 31st was a time for friends and neighbours to get together while young children trick-or-treated in safety. Which was followed by a quick go at bobbing-for-apples, a round of sparklers, and witch-folklore while we waited for her to fly across the face of the moon on her broom.

But now, previous feelings of joy and magical mystery that I felt around this ancient holiday?have been shrouded by an unwanted and unwarranted desire to frighten, undignify, victimize and terrorize.

In the wake of Kim Kardashian’s recent robbery, it disheartened me to find that businesses are actually?trying to’monetise on the heinous assault that the reality star had gone through with a cheap and untasteful costume that’s far from humorous or Halloween appropriate.?In fact, the only appropriate place for this is in the bin. Designed by Costumeish, the “costume” comes complete with a?fake gag, a long black wig, and handcuffs, but it wasn’t long before the Kim-inspired parody was taken down following an outpouring of disgust across social media.

In response to this disgusting play at traditional Halloween costumes, Johnathon Weeks, founder of the?online retailer, commented to Time Magazine‘saying that “It’ll make people either cringe or laugh,”. He was 50% right.?And with that, let’s talk some more about costumes for a minute: dating back as far as 1585, adults and children would wear ‘scary costumes’ to warn away any supernatural beings or evil souls. By the 1930’s however, pop culture had swiveled?its way into the festivities?and thus sprang the terrible wave of poor doctors and nurses costumes. 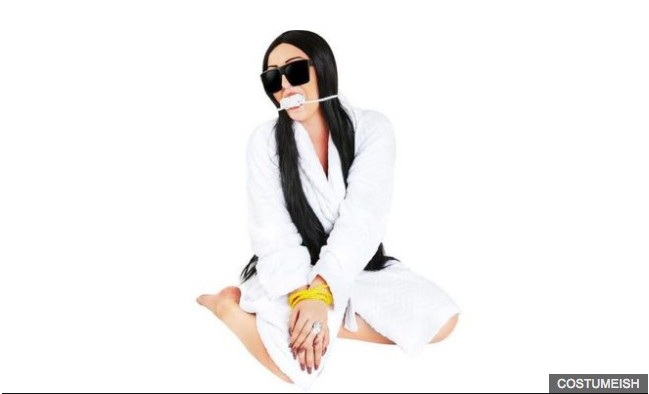 As a gender, we’ve faced some pretty monumental challenges to ensure we’re treated fairly and equally to men; particularly?when it comes to everyday sexism. But it seems that when Halloween comes around each year our efforts fall by the wayside, and instead make room for skimpy Halloween costumes that better suit the boudoir than they do any social scenario. I know it’s all in good fun, but we can’t expect to walk around in half-nothing and not expect to get unwanted attention. It’s time to ditch these unattractive and super misogynistic looks; pronto. There’s nothing desirable about a ‘sexy pizza slice’ or a ‘sexy crab’. Katy Perry as a Cheeto, however, gives me life. 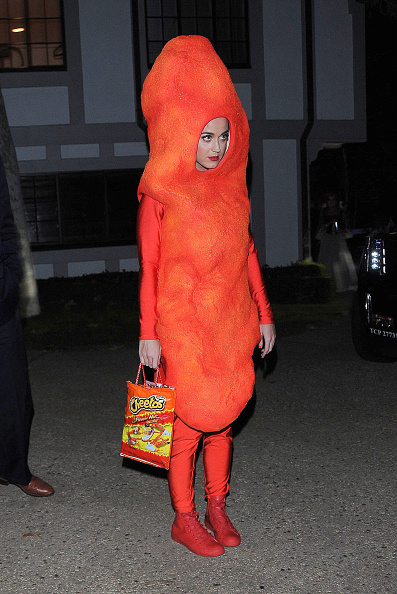 In case you haven’t heard, or have yet to experience the sheer joy of looking out your window only to unnervingly find a ghoulish clown staring back at you, there have been sightings around America, the UK, and Ireland of mysterious clowns frightening the life out of citizens. Dubbed as “killer clowns”, there have been no actual killings but it’s downright terrifying. Just last week two men dressed as killer clowns and armed with a fake sledgehammer and chainsaw entered a Dublin secondary school causing havoc and spreading fear among the young teens and staff. It was later confirmed that the clowns were, in fact, an act to promote a local Halloween attraction.

It seems to me that Halloween is becoming way more ‘trick’ and a lot less ‘treat’, encouraging redundant antisocial behavior along the way. I’m not riding the Halloween buzzkill train, but I think?I’m’still mourning the loss of bygone happier Halloweens’ where I felt safe walking around knowing that I wouldn’t get a firework aimed at me. Maybe it’s time to reevaluate why we celebrate the occasion?and revert back to traditional means of celebration?