We don’t know about you, but the part of our brain that braids strangers’ hair in nightclub toilet queues and thinks classy hen parties are a step back for feminism are very excited for the cultural milestone that is Magic Mike XXL. The sequel to the stripper drama is due to hit cinemas early next month, which means Channing Tatum, also known as our imaginary dancer boyfriend from the wrong side of the tracks, has been doing a stellar press tour. 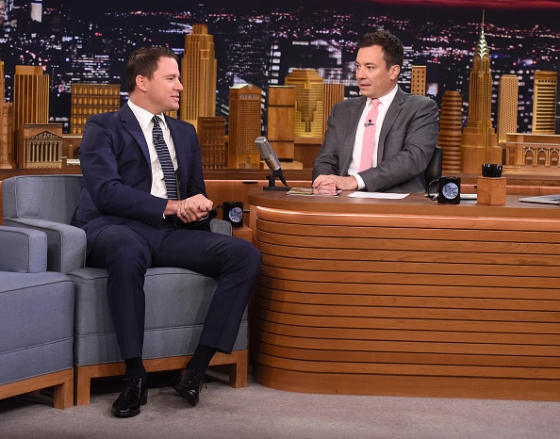 In a Reddit AMA he shared the fact he nicknames his appendage Gilbert, and in one interview he admitted that GI Joe was a terrible movie he got trapped into doing. His GSOH and ability to admit he makes mistakes is why we love him. The stripping past comes in third place.

However, Tatum’s appearance on The Tonight Show With Jimmy Fallon might be his best interview yet. During the show Jimmy asked Channing to do a cold-reading with him of potential Magic Mike scripts, written by children who know nothing about the movie, only that it’s called Magic Mike.

Have a watch, it’s all kinds of charming.